You are using an outdated browser. Please upgrade your browser to improve your experience.
Apple Announces
by Abdel Ibrahim
September 10, 2016

Contrary to popular belief, Apple is a company that often tells us their plans way ahead of time, but they usually do it in a way that flies under the radar.

That happened during Apple’s presentation of the iPhone 7 when the company debuted their new wireless earbuds, AirPods. In a two-minute video clip, Jony Ive essentially tells us Apple’s plans in plain English, but without going into detail.

In fact, the very first thing Ive says in the video is “We believe in a wireless future. A future where all of your devices intuitively connect.”

If that’s isn’t a bold statement from Apple’s Chief Design Officer, I don’t know what is.

What Ive is saying is that he and Apple basically hate wires. If that isn’t obvious to you by now, just look at the MacBook and the newly released iPhone 7, which went from having two ports, to one. It’s only a matter of time before Apple kills the headphone jack on the rest of its line of products, including the iPad and Mac.

We believe in a wireless future. A future where all of your devices intuitively connect.

Later in the video, Ive explains the benefits of the AirPods and the new Apple-designed W1 chip, concluding with this:

We're just at the beginning of a truly wireless future we've been working towards for many years, where technology enables the seamless and automatic connection between you and your devices.

What I find interesting about these statements is they’re so clear and defined, yet we don’t know much about what they have planned. This is part of the magic of Apple. They tell us the future without telling us their future.

But I have a guess on what they’ll tackle next: Wireless charging.

To Apple, there is no real benefit to putting an iPhone on a wireless pad. Why? Because it actually makes the device less mobile. Instead of a simple wire that connects to your phone, you now have a wire that connects to a fat puck. What’s worse is that it charges slower and the second you pick it up, you’re no longer charging. It’s actually a step backwards.

Truly wireless charging would be amazing. Imagine walking into your house and having your phone charge without doing anything. Wouldn’t that be amazing? That’s what Apple is working towards.

Rumors of this initiative have been around for a while, with a report from Bloomberg this past January suggesting that Apple is getting close to debuting this technology, perhaps as soon as 2017.

Truly wireless charging is a majority priority for Apple and then want to get this done soon, not later. Remember, they hate wires and the ports that need them. They hope to kill that Lightning port as soon as possible Oh, they do. And they will.

Of course none of this will happen overnight. Tackling truly wireless charging is no easy task, but neither was creating the A-series, S-series, and now W-series chip that will collectively ship and power hundreds of millions of Apple and Beats devices. Apple knows exactly what it’s doing, and it has the resources and expertise to get us there faster and better than anyone in the world. 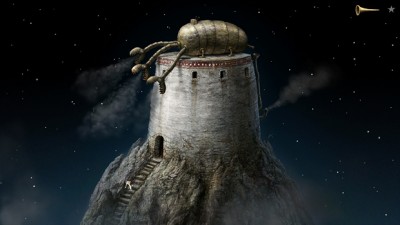 Travel the Cosmos With a Magical Flute in Samorost 3