You are using an outdated browser. Please upgrade your browser to improve your experience.
The People Behind Apple
by Bryan M. Wolfe
February 22, 2017

Cupertino’s new “spaceship” campus now has an official name, Apple Park. The facility opens its doors to employees in April, the company announced on Wednesday, Feb. 22.

Envisioned by Steve Jobs and designed in collaboration with Foster + Partners, the new 175-acre campus features a 2.8 million-square-foot main building that’s ring-shaped and clad in the world’s largest panels of curved glass. It will eventually host 12,000 Apple employees, who will move in over the next six months.

In honor of the late Apple co-founder, the facility’s new theater will be named the Steve Jobs Theater. Jobs, who would have turned 62 on Feb. 24, died in 2011. When it opens later this year, the 1,000-seat theater will include a 20-foot-tall glass cylinder at its entrance, 165 feet in diameter, which supports a metallic carbon-fiber roof.

According to Apple CEO Tim Cook:

Steve’s vision for Apple stretched far beyond his time with us. He intended Apple Park to be the home of innovation for generations to come.

Steve was exhilarated, and inspired, by the California landscape, by its light and its expansiveness. It was his favorite setting for thought. Apple Park captures his spirit uncannily well. He would have flourished, as the people of Apple surely will, on this luminously designed campus.

Once called Apple Campus 2, Apple Park is powered by 100 percent renewable energy. With 17 megawatts of rooftop solar, Apple Park will run one of the largest on-site solar energy installations in the world.

Apple Park also features a visitors center with an Apple Store and cafe open to the public and a 100,000-square-foot fitness center for employees. The facility will offer two miles of walking and running paths for employees, plus an orchard, meadow, and pond. 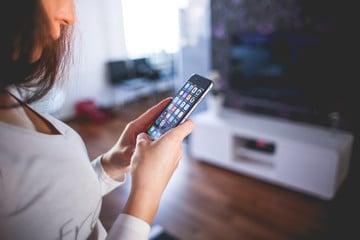