You are using an outdated browser. Please upgrade your browser to improve your experience.
Accessories
by Christine Chan
November 4, 2016

While the iPhone 7 is a great device overall, there is one slight problem that many people may still not be over: the lack of a proper headphone jack. Instead of sticking with the standard 3.5mm audio jack, Apple decided to ditch it with the iPhone 7 and 7 Plus for Lightning EarPods and headphones from other companies, making your old earbuds and headphones kind of useless, unless you want to use the Lightning to 3.5mm Headphone Jack Adapter that came with your shiny new phone (or $9 separately ).

While it’s a decent solution provided by Apple, there comes another problem: what if you want to listen to audio through earbuds and charge your device at the same time? While Apple technically has a solution , it will cost you $49 to do so, which can be a ridiculous price for an add-on to bring back previous functionality. Fortunately, this is where the iLDOCK comes in — a $10 peripheral for your iPhone that plugs in through the Lightning port and gives you another Lightning port as well as a 3.5mm headphone jack. It’s much more affordable and gets the job done if you absolutely need to charge your phone while using your headphones. 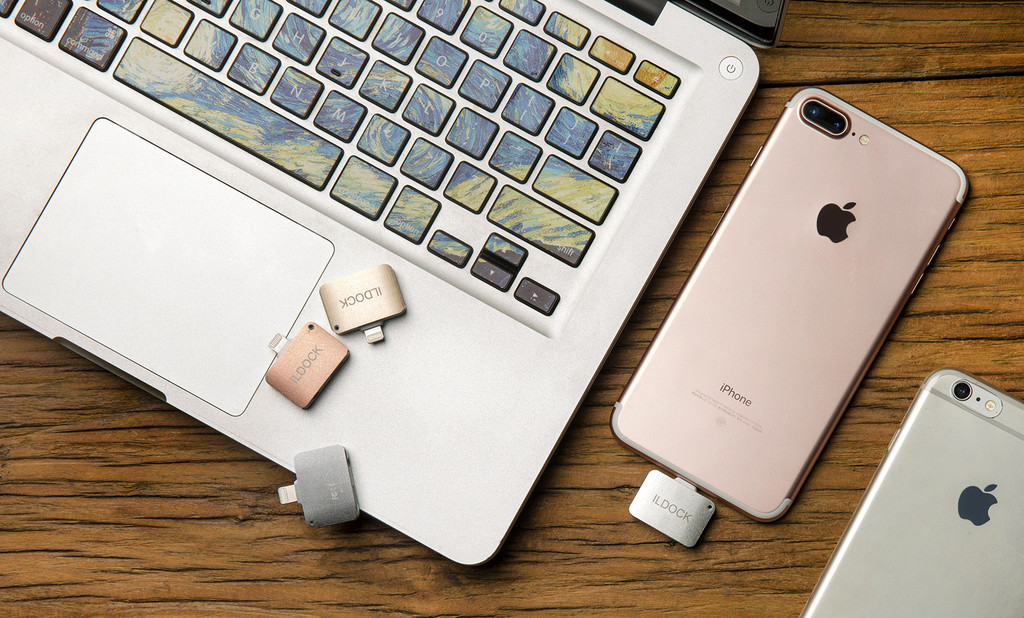 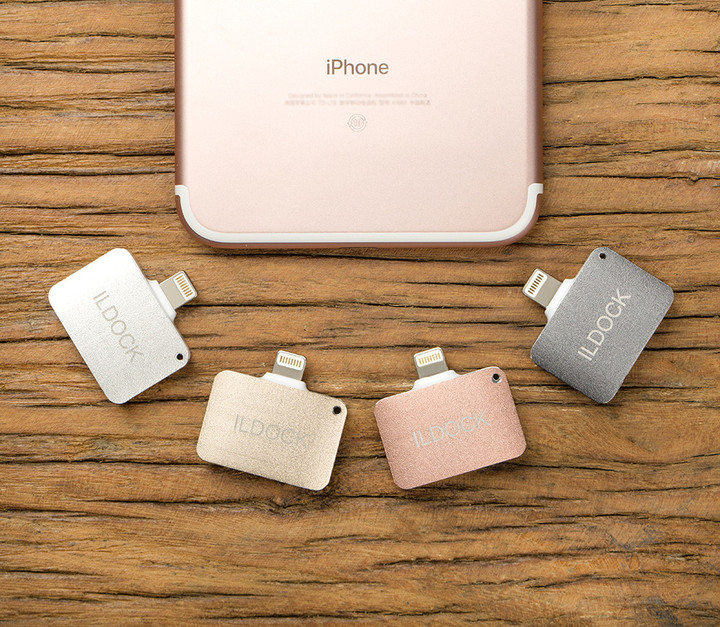 The iLDOCK is a small rectangle that plugs in to your iPhone’s Lightning port. The iLDOCK itself is made of plastic and machined aluminum, and the build quality is not too bad — it’s pretty solid, actually. And thanks to the machined finish, it’s matte but still feels smooth when you touch it. There is even a small hole where you can loop a strap through if you prefer, just to prevent accidental loss. Unfortunately, the company decided to put their branding across the front of the plugin, which is rather off-putting to be honest. I definitely would have preferred no branding at all, because it’s rather obnoxious. The back of the iLDOCK has your typical FCC labeling.

Since the iLDOCK is just a plug with no cable, it takes up little space at the bottom of your iPhone. The only problem is that the Lightning plug is not that long, so you won’t be able to use the iLDOCK with cases that even have a tiny bit of bulk, since it won’t be able to be plugged in all the way. This means the iLDOCK is only compatible with naked iPhones, or very thin and minimalistic cases (that probably don’t do much in terms of drop protection). Since I prefer cases from Speck and other similar designs, it’s unfortunate that I would have to take my case off each time I want to use the iLDOCK.

Using the iLDOCK is easy — just plug the adapter into your Lightning port, and then you will now have another Lightning port to charge your phone with, as well as a 3.5mm headphone jack. I have tested it and it works flawlessly and as it should without any issues, aside from mic support. However, be warned that this peripheral only allows users to charge their iPhone while listening to music through wired headphones, so you will not be able to sync to iTunes with the iLDOCK. I was caught off guard by this, as I used it when I plugged my iPhone to my MacBook Pro, and my computer did not detect my phone. But for just charging and listening, the iLDOCK will suit your needs just fine.

One word of warning about the iLDOCK is the fact that it is not MFi certified. What this means is that it has not currently passed Apple’s certification process to qualify as an Apple-backed product. This is also one of the reasons why the iLDOCK is super cheap at the moment. However, once it does gain the MFi certification, the price will jump up to $30, as it is shown on their store website.

While the only version available to buy right now is the basic with just a Lightning port and 3.5mm audio jack, they do advertise two other models on their website. One with two Lightning cables only (if you prefer Lightning headphones), and another with a built-in headphone jack, mini and micro SD card readers, and a USB-A port. The prices and availability of these two versions is not yet known. 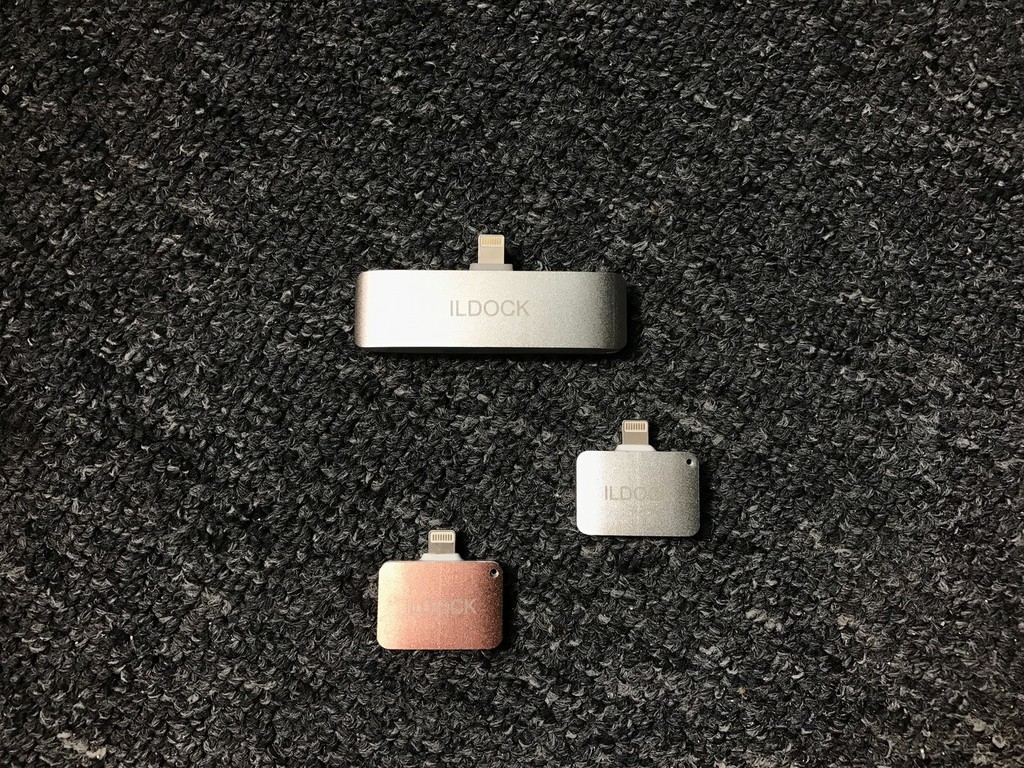 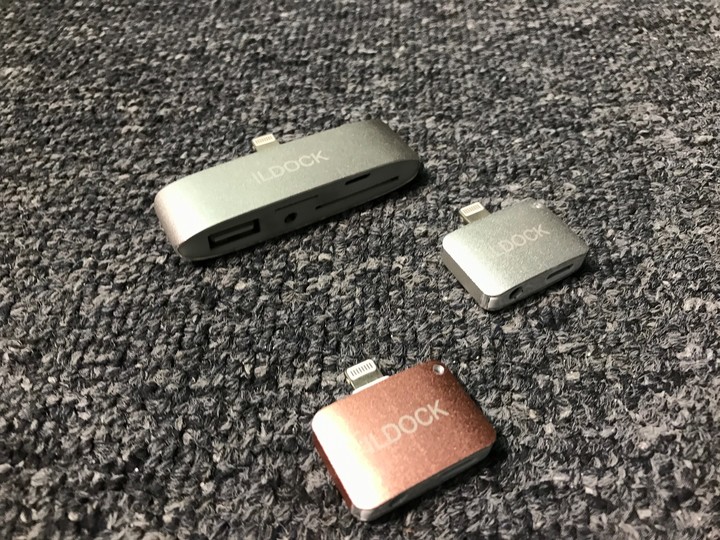 If you absolutely must use your old 3.5mm wired headphones with your iPhone 7 or 7 Plus and want to charge it at the same time, then it’s a no-brainer: the iLDOCK is a good, affordable little product that gets the job done.

For those who prefer Lightning headphones, you’ll have to wait until that model is available, as well as the deluxe all-in-one version. You can purchase your own iLDOCK for $10 from their website. 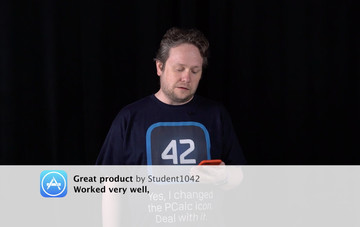