You are using an outdated browser. Please upgrade your browser to improve your experience.
by Christine Chan
January 22, 2018

Crystal Cove ($1.99) by Andrey Spencer is a match-three puzzle game that isn't like anything you've tried before. If you enjoyed other unique match-threes like Kenshõ and You Must Build A Boat, then you'll enjoy what Crystal Cove brings to the table.

Life always gets a bit hectic for me, so I enjoy playing a wide variety of games to take my mind off of things for a bit. If you've been following my work here at AppAdvice, you should know that one of my favorite genres are puzzles, specifically, match-threes. I'm not sure why, but I'm always drawn to these types of games, as I find them relaxing and so easy to lose hours at a time to them. Plus, it keeps my mind ticking. Even though it feels like I've played almost every match-three game there is on the App Store, I still get a nice surprise every now and then. Crystal Cove is one of those titles that brings a smile to my face. 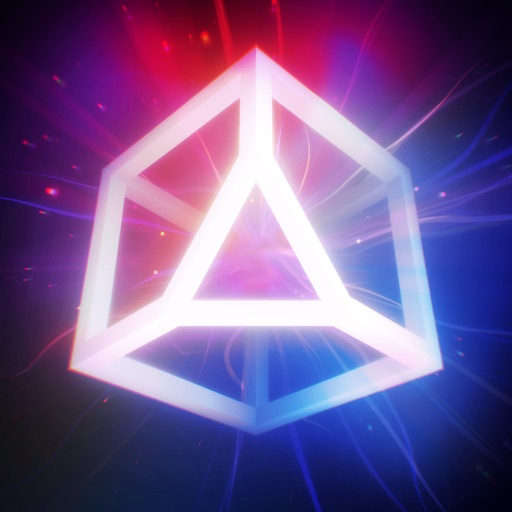 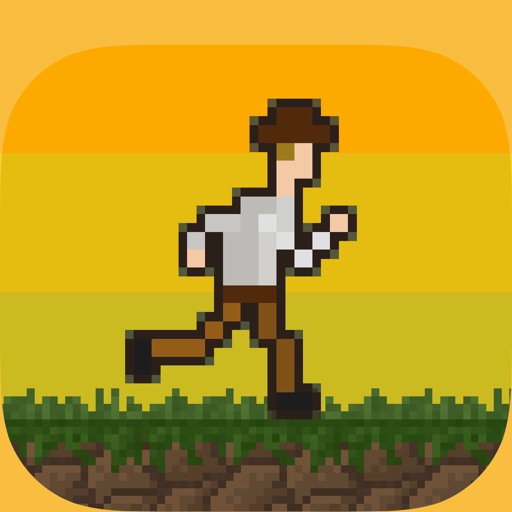 You Must Build A Boat
EightyEight Games LTD 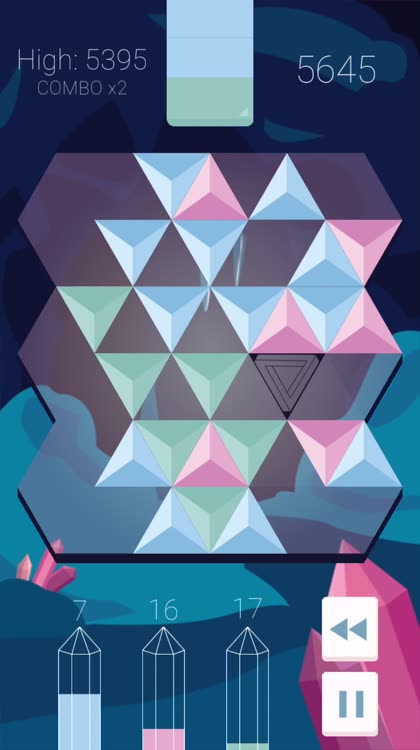 Crystal Cove features a super minimal 2D design that keeps the game simple yet elegant at the same time. The background features a clear illustration of what looks like a cove (hence the name), but it's not too distracting to take away from the foreground, which is where all the matching is done. The triangular game pieces pop out a bit with pseudo-3D, thanks to the three shades of one color. The color palette is basic with just three soft pastel hues, but I find it soothing and it goes well with the cove theme. There's also a color blind mode, where each color is represented by dots, so no one is left out. Animations are smooth and fluid, so I had no issues with lag or choppy frame rates on my iPhone 8 Plus. The ambient techno-like soundtrack is fairly calming, and helps you think about the moves you're making. The developer did an excellent job here with Crystal Cove's visual and audio design, as it's an overall tranquil experience.

Unlike most match-three games, Crystal Cove doesn't have levels. Instead, it gives players an endless escapade of relaxing block matching. You play until you're surrounded and have no more options except to restart and try again to beat your high score. While it doesn't sound like a lot, the game is surprisingly full of depth and strategy's involved, so you must think about each move if you want to do well.

At the start of each game, you have a colored triangle in the center of the board, which can fit a certain number of triangles. Along the top of the screen is a block that tells you the next three colors of triangles that will appear once you move. When you swipe left, right, up, or down to move, it places the next triangle in that spot. A light silhouette of adjacent triangles that you can move into get highlighted on the board, in case you don't know where to go.

As you match like-colored triangles in clusters of at least three or more (they must also be adjacent to each other), you'll fill up the colored crystals at the bottom. Once these are full, you can drag them to a triangle and change it to that color. They're useful for getting out of a jam, but you should use them often since they refill as you make matches.

If you make a mistake, you can undo your last move with the rewind button. Once you are surrounded with no where left to go, the game asks if you want to use a power-up crystal. Otherwise, you'll have to restart and try again.

Your final score in a round is determined by the number of matches you've made, obviously. However, there are other bonuses to earning points, such as clearing the board, getting consecutive matches and earning multipliers. Again, it looks like a simple game on the surface, but it requires thinking and planning if you want to nab the best score possible.

As you accrue points, they double as in-game money. You can spend these points in the shop for various skins with new designs. They are purely cosmetic, though, as they don't affect the gameplay in any way. 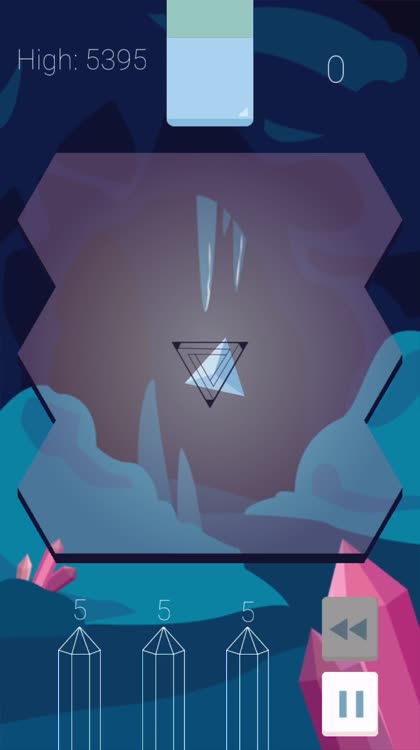 Crystal Cove is a fantastic gem of a match-three puzzler. The graphics are simple, clean, and look great with the pastel color scheme. Having the color blind mode is nice too, as it doesn't exclude anyone from enjoying the game overall. The music is upbeat, quirky, and rather charming, so it's delightful to listen to as you play. Controls are simple enough and work well, and having the game show you where you can move is helpful. 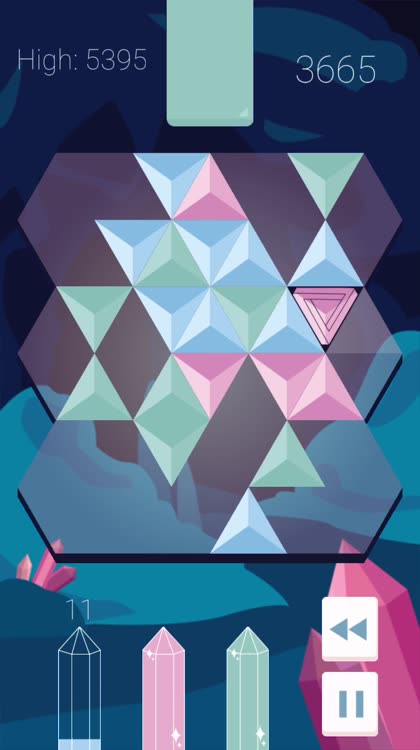 There's a lot of good going for Crystal Cove, but it's not perfect. While the color blind mode is nice, I do wish that there were more themes available, in case one isn't a fan of pastels. It would liven up the game more I think, and add a bit of customization to it.

I also found that the controls get a bit unresponsive sometimes. It seems to happen when there are less options for me in terms of where I can move, but I'd swipe where I should be able to go and nothing happens. When this occurs, it takes me a few swipes before it seems to register properly.

And while I like the infinite play of the game, I think having some additional game modes would spice things up. Like a puzzle mode, where you must clear the board in a certain number of moves. I mean, variety is nice, right?

As an avid fan of match-three games, Crystal Cove is one of my new favorites. I like minimal design that still looks elegant, and Crystal Cove has it. Plus, the music is fun, as it's on par with what I like to listen to regularly anyway. The game mechanic is interesting and brings a new spin on a tried-and-true puzzle formula. I was surprised at the amount of depth and planning that's involved here.

I just want to see optimized controls, more modes, and maybe new color themes in a future update, as it would add more variety to the game. Still, this is a solid match-three that fans of the genre should give a spin.

Crystal Cove is available on the App Store as a universal download for your iPhone and iPad for $1.99. There are no in-app purchases. 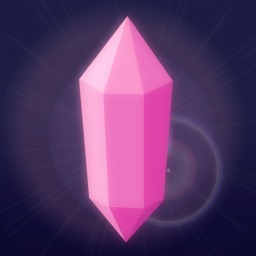 Crystal Cove
Andrey Spencer
Nothing found :(
Try something else