You are using an outdated browser. Please upgrade your browser to improve your experience.
by Trevor Sheridan
December 14, 2017

Game shows have been around for decades in various forms from The Price Is Right to Jeopardy with tons in between. They all share one thing in common in that only a select few ever get to compete on a given show. HQ - Live Trivia Game Show is an app that is taking the App Store by storm by offering a game show that anyone can compete in. HQ is available weekdays at 3pm eastern/12pm pacific and everyday at 9pm eastern/6pm pacific for a live trivia game show that hundreds of thousands of people can compete in simultaneously. There is a $1500 cash prize daily that is split between anyone who can answer every question correctly. 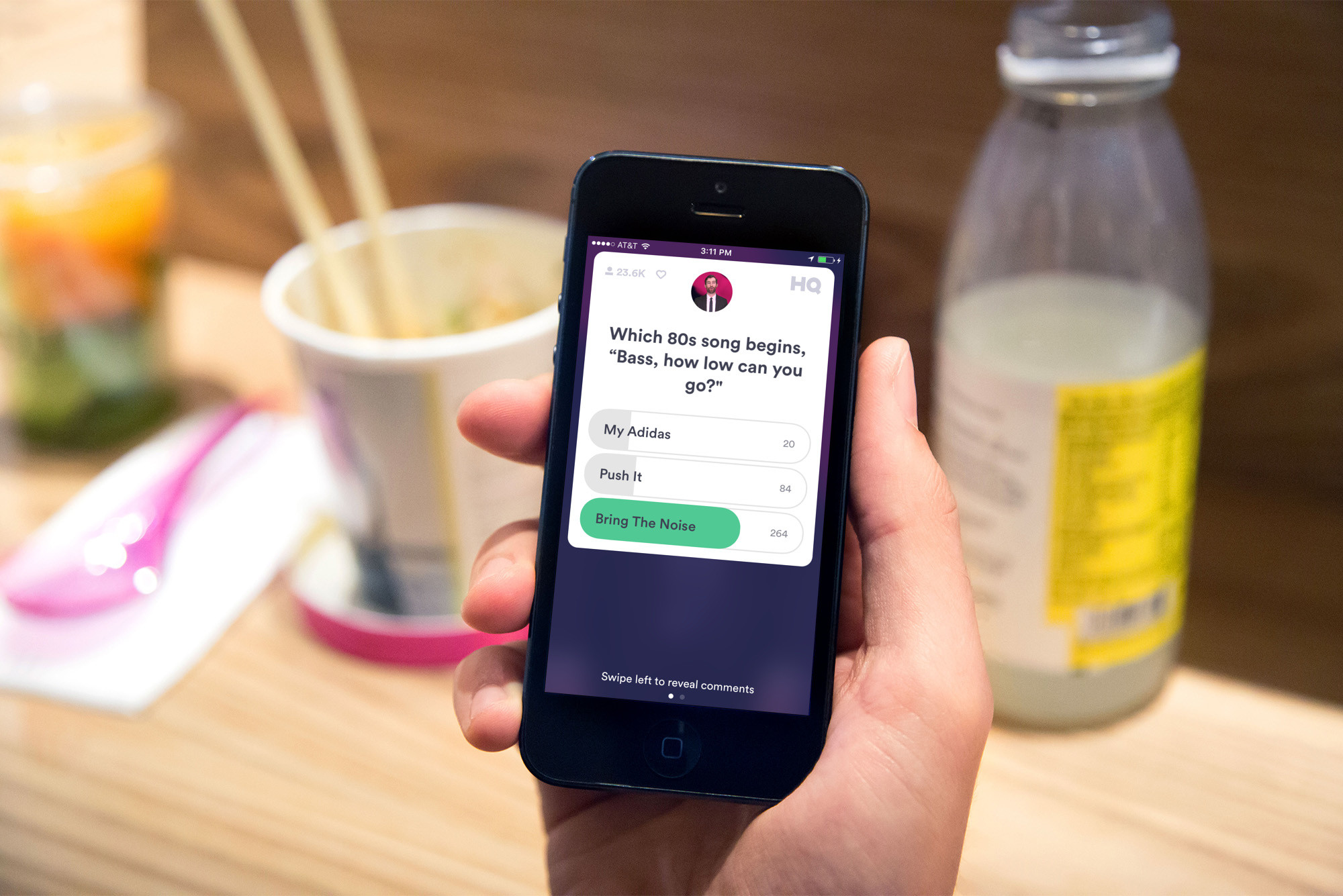 Each game is composed of 12 general trivia questions with three multiple choice answers, and just ten seconds to answer. Games usually take about 10-15 minutes, and you get to see the pool of participants cut down live with each question. There’s a live streaming video of the host, comedian Scott Rogowsky, who reads the questions and interjects quite a bit of personality and comedy with the answers and flow between questions. The questions span the gamut of genres, and definitely deliver some difficulty even with three multiple choice guesses. Questions include pop culture, history, science, and more with the greatest challenge possibly coming from the ten second time limit. You can stumble over part of the question because you’re in a hurry as the ten seconds include the host reading the question.

HQ - Live Trivia Game Show is an app that is taking the App Store by storm by offering a game show that anyone can compete in. 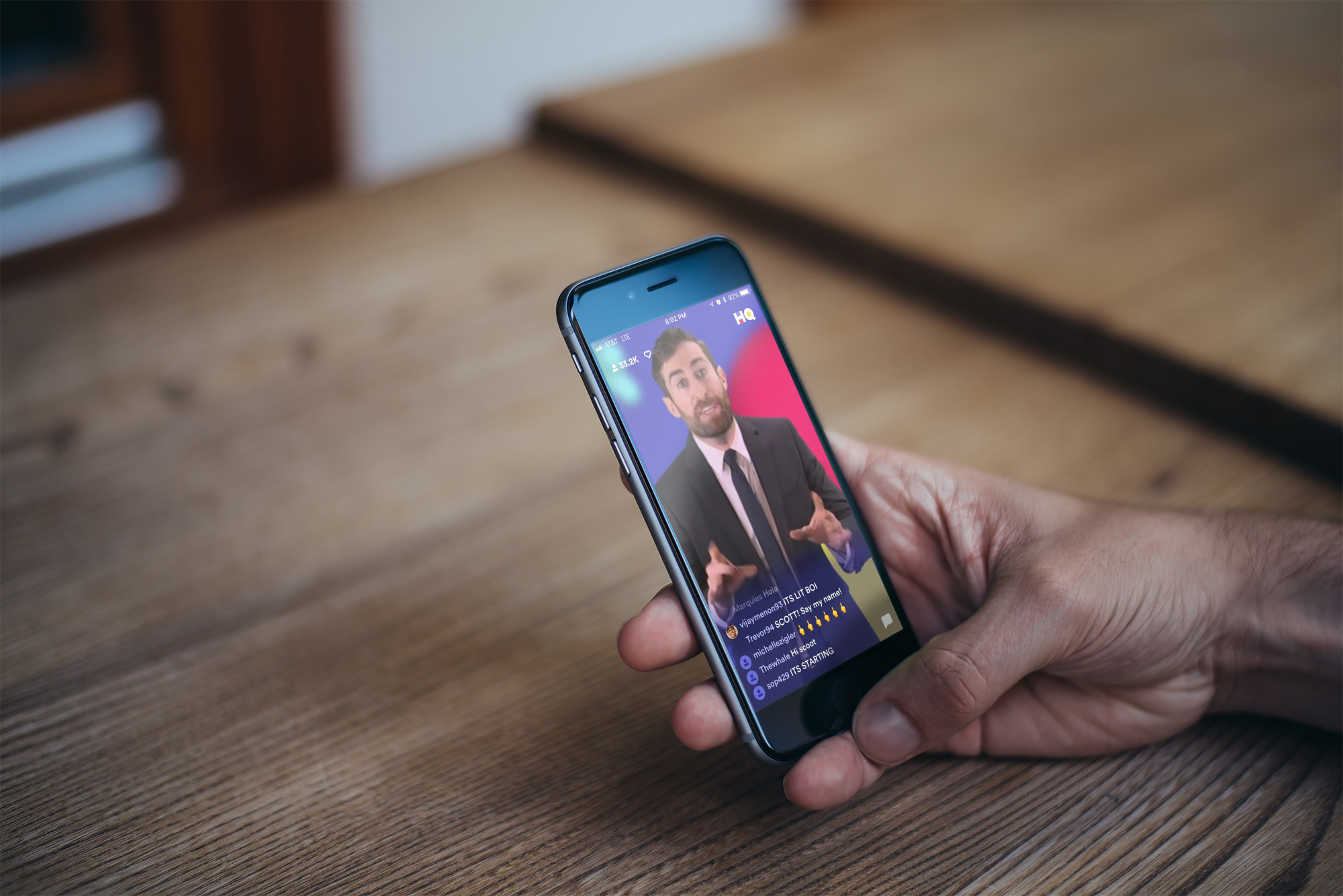 HQ - Live Trivia Game Show has picked up steam quickly to the point that an average weekday game has over 300,000 players with weekend spots bringing in over 400,000 simultaneous users. At first I was skeptical of the appeal, but the game is simply fun to play to the point that you will try to set aside time in your day to play during the live airings. The cash appeal is definitely real, but just the trivia game is fun to play, with only 12 questions to go through that have a nice degree of difficulty. The questions are tough enough that a pool of over 300,000 is often whittled down to 100 or less winners. In the few games I have participated in I have seen winners of $9.93, $28.64, $46.28, and even one sole winner of $1500. The comment section is the only negative of the app with a rapid fire flow of a combination of spam, unreadable text strings, and complaints, which is very reminiscent of the Facebook Live feed it’s based on.

HQ comes from the co-creators of Vine, and the most impressive aspect of the app is the ability to handle 400,000 simultaneous players streaming video and submitting answers without much of a hitch. You do need to input your phone number to confirm your identity for the potential cash payout, and that’s the only barrier to entry. It’s a brilliant concept to bring game show fun to hundreds of thousands of people, and executed very well to deliver on its promise. HQ - Live Trivia Game Show is one of the most hyped apps around, and its living up to the hype. If you haven’t joined in yet, tune in next time as the next show is mere hours away. 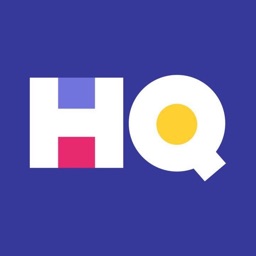 HQ Trivia
Intermedia Labs
Nothing found :(
Try something else