You are using an outdated browser. Please upgrade your browser to improve your experience.
by Christine Chan
July 24, 2017

Ever since I got my Nintendo Switch back in March and have bought most of the major first party releases, I’ve been itching for a way to voice chat with friends. This would be the best way to communicate with my other friends and family who own Switches during our Mario Kart 8 Deluxe or Splatoon 2 gaming sessions. So when Nintendo announced the app a while back, I was pretty excited to get my hands on it and test it out with Splatoon 2, which is the first officially supported game to work with the app. Unfortunately, after trying it out over the weekend with my boyfriend, I can say that it’s not what I thought it would be. 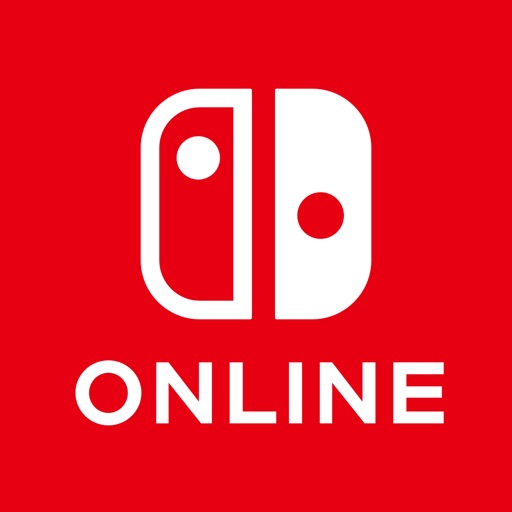 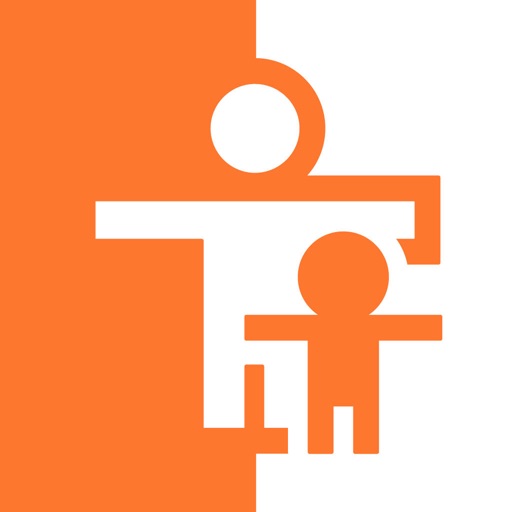 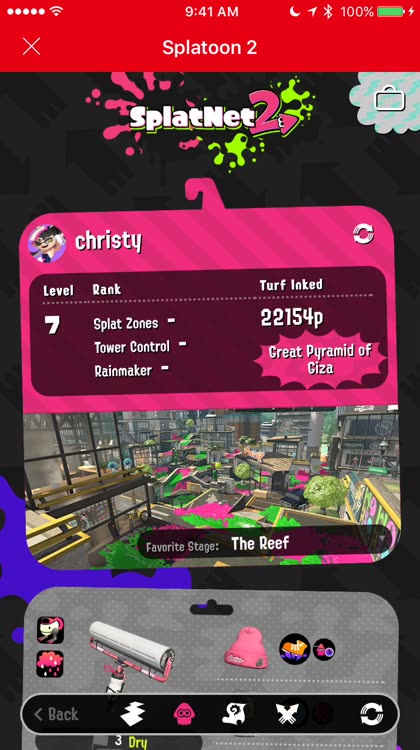 In terms of design, Nintendo did a good job with the aesthetics of the app. It features a simple grid layout on the main screen where you can pick from game-specific services for supported titles. At the moment, the only option is Splatoon 2’s SplatNet. When you view SplatNet, you’re greeted with colorful cards that show off your stats, and there’s a few different sections that you can access with the toolbar menu at the bottom. While SplatNet is all that’s available right now, it seems that the Nintendo Switch Online app takes on the font style of whatever game you want to access. Accessing the different screens in the in-game service is just done with a tap, and returning to the main screen of the app just needs a tap on the “X” in the corner.

Before you get started with the Nintendo Switch Online app, you’ll have to log in with your Nintendo account first. For me, this process was simple, as I just signed in with my primary account info. But if you’ve created multiple Nintendo accounts in order to use other region’s eShops (the Switch is not region locked), then you may have to do a bit of account juggling before you can get in the app. Once you’re in, you’ll be able to use all of the app’s functionality, including the game-specific services as well as voice chat with friends and rivals.

Now, about that voice chat feature. I originally thought that it would be similar to how PlayStation 4’s “Party” chat feature works, where you can invite friends to just a voice chat, regardless of what game you’re playing.

Unfortunately, Nintendo makes the voice chat process a bit convoluted, as you have to go to the “Online Lobby” area of the multiplayer tower in Splatoon 2 first to create a room or join, and then go to the app, where you either accept an invitation from a friend or send out invites. The biggest caveat of the voice chat is the fact that it only supports a Private Match. This means that you have to manually select and invite people to your game, and it doesn’t work with online play with random people.

There’s a few reasons why this app has mostly been a letdown for me. First, I only know a few people in real life that own a Nintendo Switch other than myself and my boyfriend. Second, not all of these people I know have Splatoon 2 yet, so creating a Private Match is rare for me and I’d rather just jump into random online matches anyway.

I really had hoped that Nintendo was going to do voice chat for all online matches, so that it would be easier to communicate with your teammates during battles. But I suppose the reason behind this is the fact that there can be a bit of a toxic environment on PlayStation Network and XBox Live when it comes to online voice chat, so Nintendo decided to keep it “family friendly.” Still, since Nintendo is going to make the Nintendo Switch Online service paid in the future (it’s currently free until 2018), I think a better implementation should be considered, but I doubt it’ll happen.

However, there’s not all bad with the Nintendo Switch Online app. I do like the fact that I can view my player profile in Splatoon 2 through SplatNet. This lets me see stats such as my level, how much turf I’ve inked, and even my preferred weapons. The app also informs players of the current stages for each game mode (they rotate so each mode has two stages every couple of hours), new weapons, and results for up to 50 battles.

On top of that, there are some pieces of gear that you can only get through SplatNet. While I was browsing through the sections, I noticed these exclusive pieces of clothing and shoes were available, so I “ordered” them. It costs in-game money to purchase these items, and once you “order” them, they will show up in the “Murch” shop in Inkopolis Square. Players can only do one order at a time, though, so if you want the other item more, then you can cancel your previous order and change it to another, more desirable item.

When the ordered item is purchased, you can then order another item. The selection on SplatNet changes ever few hours, so make sure to check back for more fresh equipment.

Nintendo Switch Online is the only way to get voice chat for supported Switch games, such as Splatoon 2. 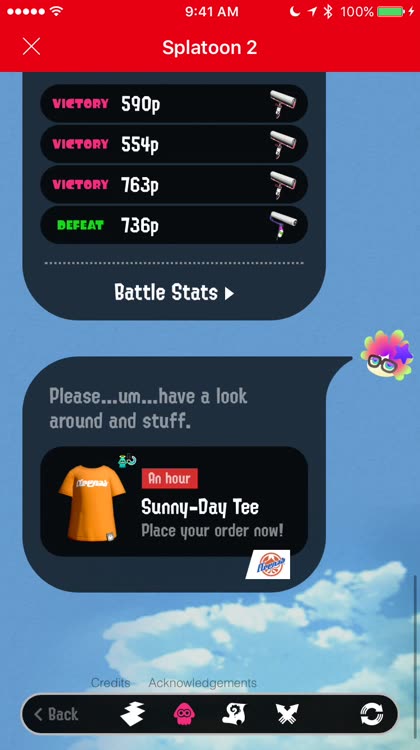 Nintendo Switch Online is a good way to check on your profile stats for various games on-the-go. I appreciate the colorful design that’s in line with Splatoon 2’s quirky aesthetic for SplatNet, and it’s also cool to have exclusive SplatNet gear available to purchase. 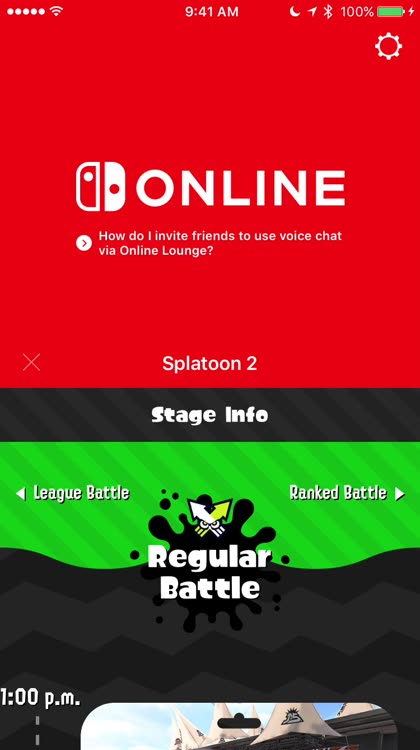 Honestly, the voice chat functionality leaves a lot to be desired. When you do make a private game and have all of your friends in, it works well enough. But the fact that you can only do Private games and have to manually invite people to your party makes it more trouble than it’s worth. If Nintendo’s worried about toxicity in voice chat for kids and teens, then there should be a parental control to disable that for their accounts, and just have adults be able to voice chat online without issue. Plus, voice chat should have been something implemented on the Switch itself, rather than have a separate app that makes the process rather cumbersome.

Since Nintendo didn’t implement voice chat into the Switch console itself, I was excited for the companion app to come out. But I must admit that I’m a bit disappointed by the final product so far. When I discovered that the voice chat is only for private matches, my heart sank. When I’ve been playing Splatoon 2, I usually just hop online and join random games with people I don’t know and just have fun. The Nintendo Switch is still hard to find for some people, and not all of my “in real life” Switch friends have Splatoon 2 yet, so I just can’t do private games. If Nintendo Switch Online is going to be a paid service later on, then I think voice chat for random online games is a must, especially for the ranked and league battles.

But having access to your profile stats is nice to have. If the topic of Splatoon 2 comes up in conversation, I could just take out my phone, launch the app, and show someone my progress in the game. I also like having access to exclusive gear on SplatNet, because it adds more variety to the game.

Nintendo Switch Online is a universal download on the iPhone and iPad for free. 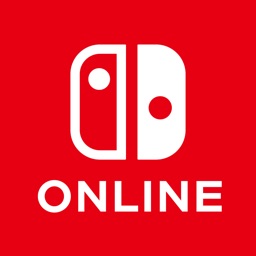