You are using an outdated browser. Please upgrade your browser to improve your experience.
Accessories
by Bryan M. Wolfe
September 20, 2017

I’ve been reviewing technology products for nearly eight years and have been using them for many more. During this time, a lot of interesting gadgets have crossed my path. Few have left me more excited than the sleek FrontRow body camera from Ubiquiti Networks.

On the surface, the FrontRow camera doesn’t look like it would appeal to everyone. Then again, when you promise to reinvent the camera, all bets are off. 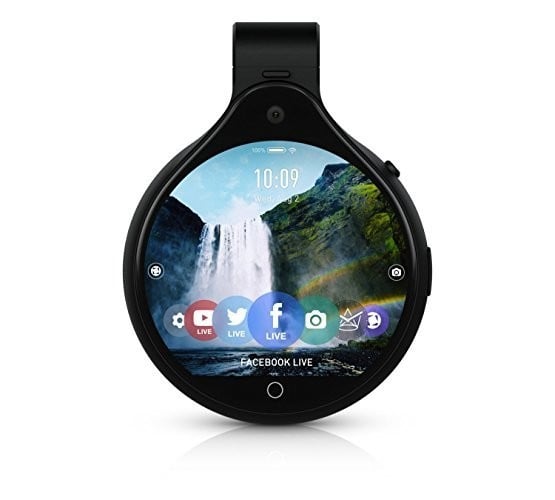 Thanks to smartphones and social media companies like Facebook, Twitter, and YouTube, it’s easy to record and share life’s moments with anyone around the world in mere moments. Unfortunately, holding up your phone to record a concert, sporting event, or political protest can become draining after just a few minutes.

The camera uses the latest recording and live streaming technology so you can take photos and videos at any time. Best of all, because you can wear the camera on your body, it doesn’t require any hands. Just turn it on, select your settings, and you’re good to go.

I’ve been using a FrontRow since it was released a few weeks ago. Here are my thoughts on this very interesting new product.

A Review: The FrontRow Camera

A Review: The FrontRow Camera

FrontRow is a small, disk-like device that you can wear on your clothes using the included neck chain or clip attachment. Available now in black and soon in rose gold, the device is actually two cameras in one. It has an 8MP rear and 5MP front-facing camera.

Inside, you’ll find 2GB of RAM and 32GB of storage. You’ll also find an accelerometer and gyro. Besides the chain and attachment, FrontRow ships with a USB 3.0/2.0 Type-C connector. 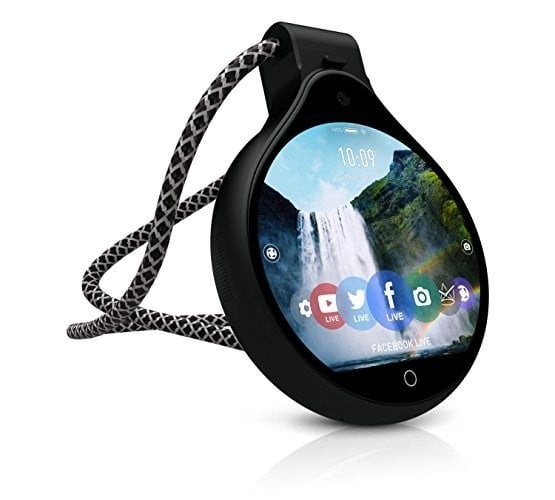 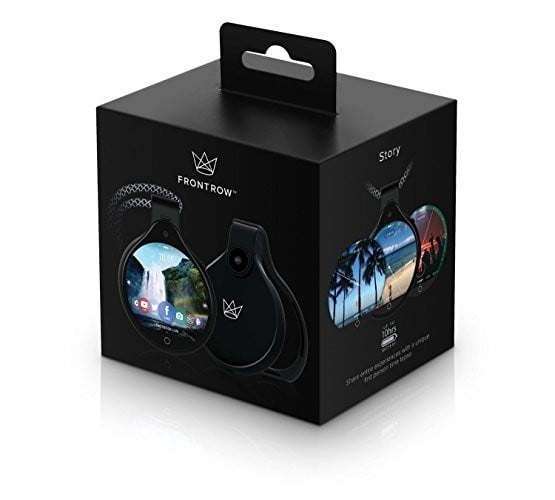 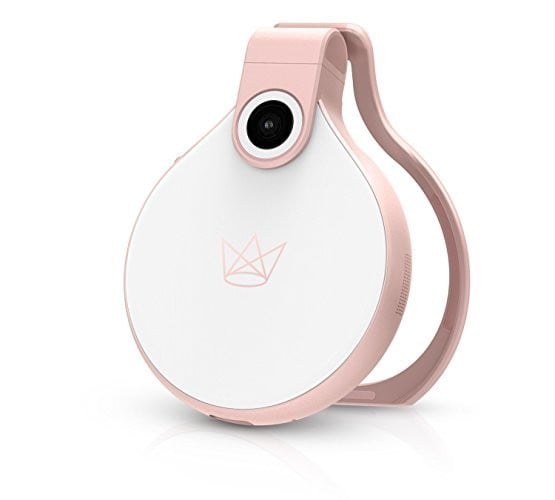 At the time of this writing, FrontRow offers the ability to stream live video to Facebook, Twitter, and YouTube. You can also take photos and video for later use. There’s also a stopwatch and translation app. The latter translates words and expressions into other languages just by hearing the sound of your voice.

A future update promises to add Spotify integration. The idea here, I’m assuming, will be to allow you to store music on the device for offline use.

No doubt, my favorite FrontRow feature is Story Mode. When activated, this mode will take a photo automatically every few seconds. When completed, it strings the best of these images together to make a quick, montage-like video that you can share.

Capture speed and video quality determine the length of a FrontRow Story. The highest quality Story can include seven hours of photos in 4K, while the most basic setting can capture almost 20 hours of content in HD.

When you start hearing about the length of time and video quality, you’re probably wondering about battery life.

The FrontRow battery, which uses Fast Charging via USB, last 50 hours in standby mode and nearly two hours recording and live streaming. Amazingly, you can snap images with Story Mode for up to 16 hours between charges. (Yes, this does work.)

To get started with FrontRow, you’ll first need to authenticate your social accounts through the official FrontRow app for iOS and Android. The app, which connects to FrontRow using either Bluetooth or Wi-Fi, is also where you can download content to your phone or delete it.

The FrontRow app also includes a basic editing tool that looks a lot like Apple’s own iMovie app. Dropbox integration is also available.

Most of the controls for FrontRow are accessible on both the device and through the app, assuming they are connected. FrontRow itself uses a version of Android that actually works quite well. The software is snappy and intuitive. Recent firmware updates have been it even better.

Broadcasting a live stream requires an internet connection. Ideally, this should be a Wi-Fi connection, although you can also use your phone’s Personal Hotspot. The former almost always works best, although having access to Wi-Fi isn’t always possible.

In crowded areas such as sports stadiums, for example, you might have no choice but to use the Personal Hotspot. Unfortunately, it’s in those situations when cellular networks sometimes become overloaded. 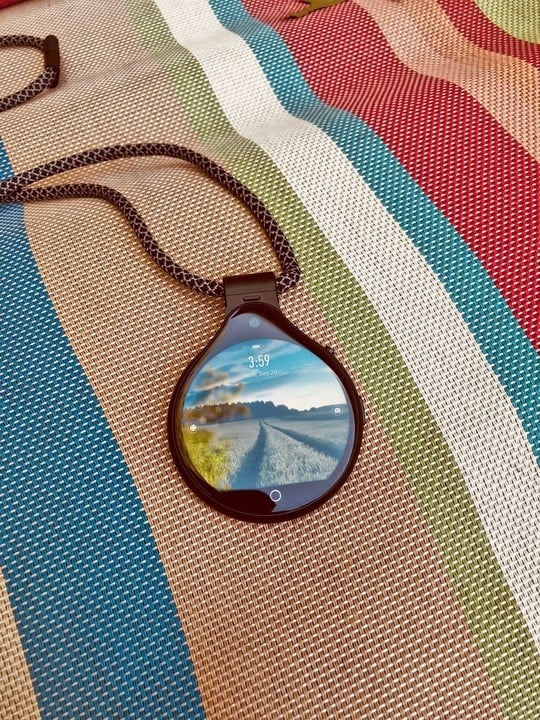 For $399, FrontRow doesn’t come cheap. Nonetheless, if the device’s list of features appeals to you, it’s definitely worth considering.

I don’t see myself using FrontRow to broadcast my daily movements to the world. However, I’m fairly confident millennials would (and are based on the #myfrontrow tag on Instagram).

Where I do see myself using FrontRow is on a vacation or holiday. I’m also impressed with the translation app, which, again, would be useful on a trip. And yes, I’m curious where FrontRow goes from here.

This is a beautifully made body camera that even as a 1.0 release should turn lots of heads. The $399 FrontRow camera is available through the FrontRow website and at Amazon.com.