You are using an outdated browser. Please upgrade your browser to improve your experience.
by Abdel Ibrahim
October 19, 2016

Nick Hunn, who calls himself a “wireless evangelist,” has posted an interesting article speculating on Apple’s AirPods and how Bluetooth 5.0 could dramatically improve battery life.

I spent a few minutes wondering whether Apple might have extended their MFI implementation which apparently streams audio separately to left and right hearing aids using Bluetooth Low Energy. The Bluetooth SIG is currently developing a set of next generation audio standards which will bring audio to BLE, but that’s for the future. However, the use of BLE for audio would result in the battery lasting days, not hours, so BLE audio is clearly not in play here, although I would expect that Apple have designed the BLE part of the W1 chip to support that in the future.

This is super fascinating. Dunn believes that that the AirPods as they exist today will actually be Bluetooth 5 compatible, which could actually result in much longer battery life than the current five hours Apple claims.

When Chipworks take an Airpod or Solo 3 to pieces and unpot the W1, I expect we will see that it’s a multichip module. The main chip will be a Bluetooth dual mode one designed to be Bluetooth 5 compatible, but the DSP and micro are likely to be separate dies. If Apple is using this as a test vehicle for incorporation into future processors, then we may find 802.11 there as well. If that’s the case, we can be pretty sure what the wireless roadmap is.

Dunn also asks the question why Apple would go through the trouble of creating its own chip. His answer is pretty interesting.

So why would Apple make such a chip? Developing a wireless chip with this spec isn’t cheap – it will probably cost at least $10m with a similar amount going on the stack. It is just a peripheral chip, which will never go into a phone, so the volumes are not that high. But it is interesting that Apple emphasised that this is their first wireless chip, in a tone suggesting it won’t be the only one. My guess is that Apple wants to incorporate Bluetooth and Wi-Fi into their next generation of processors, as that’s what their competitors are doing. Wireless can be difficult, so it’s a big step to do that in one go. Far better to design the wireless chip and evaluate it in an entirely new product category, as well as forcing one of your subsidiaries to use it. That way you get to test the chip as well as getting useful feedback for your next generation of earbuds.

The AirPods are, for me, the most exciting thing Apple has made in the last year. Yes, I love my iPhone 7, but this is something that truly feels different and I’m excited to try them. Plus, I hate wires.

I also can’t wait to see the AirPods taken apart and studied. If they’re truly Bluetooth 5.0 capable, and can go from lasting five hours to days, that would be mind blowing. I’m not holding my breath, but boy, that would be super cool.

First announced in June 2016, Bluetooth 5 improves the range, speed, and data broadcasting capacity of low-energy Bluetooth connections. It’s supposed to show up on products beginning later this year and in early 2017. 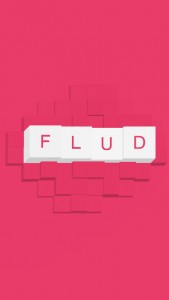 Fill the Screen With Color in the Puzzling Flud 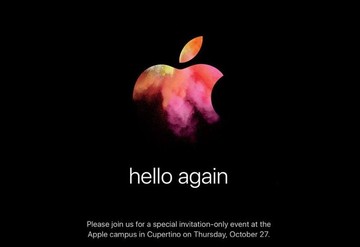