You are using an outdated browser. Please upgrade your browser to improve your experience.
by Trevor Sheridan
May 9, 2018

Harry Potter is a valuable intellectual property that can be pulled in multiple directions with movies, spin offs, video games, and more. With such a valuable IP, you would think that WB would be very careful with any creation that uses the brand. It turns out, they may not be that careful. Case and point, Harry Potter Hogwarts Mystery. The new iOS adventure game is set in the wizarding world of Harry Potter with a brand new storyline revolving around your character’s bloodline and time at Hogwarts. There’s an intriguing storyline as you get to play through seven years of school trying to learn about as well as uncover the mysterious vaults that your brother went in search for, and was expelled for.

Harry Potter: Hogwarts Mystery is a free to play game that will get many to download it thanks to the Harry Potter name, and relatively quality design. The story will keep a number of the downloaders intrigued for awhile. That is, until you reach the first free to play stumbling block of the game. There are three forms of in-game currency with energy, easily acquirable coins, and the premium gems. This isn’t a new system, and yet Harry Potter: Hogwarts Mystery goes above and beyond to make this system as restrictive as possible. 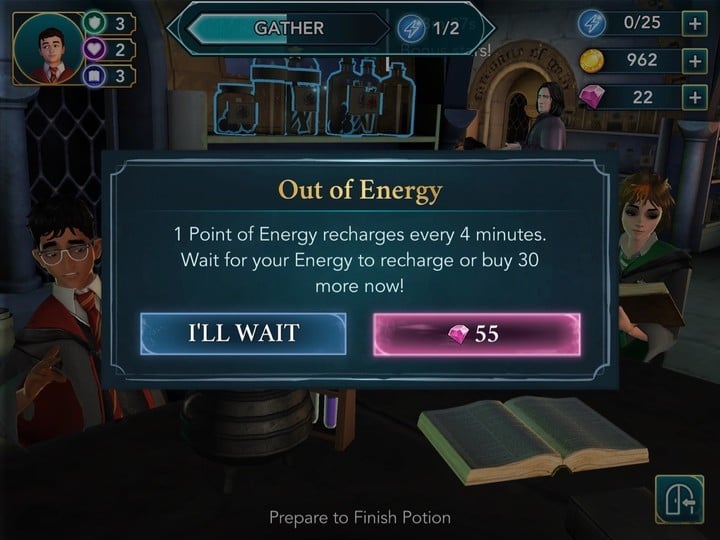 The main hindrance to the game is the energy meter, as you need energy to do anything, and yet it replenishes quite slowly. For example, you have 25 energy in your first year, and you need to make a potion in Professor Snape’s class. To brew the potion, you need to spend three energy here, four energy there, etc, and each task you complete contributes to earning stars for the potion. After a few classes, every single thing you do in the game will require more energy than is in your energy meter. That means, you get to play the game for a bit, and then the game literally pushes you to stop playing or spend money on gems to replenish your energy. You have the option to quit the game, turn on notifications, and then jump back in once your energy refills. That way, the game transforms from a form of entertainment to a chore in which the game has you on will call.

Again, this isn’t new, and yet Harry Potter: Hogwarts Mystery really steps up their “free to play” style. It’s not just about forcing you to quit or spend mid-task, it’s about breaking the flow of the engaging portions of the game and story. Imagine if in the Prisoner of Azkaban, Harry was fighting against a Boggart, and then mid fight he needs to sit down for a couple of hours to catch his breath to finish the fight. That sure doesn’t sounds like a thrilling portion of the movie, or an accurate depiction of how class would work. If that sequence would never pass in any other form of entertainment, then who gave the green light to hamstring the iOS game in such a way? It’s tough to imagine many players coming back more than a couple of times after playing through this idiotic sequence. 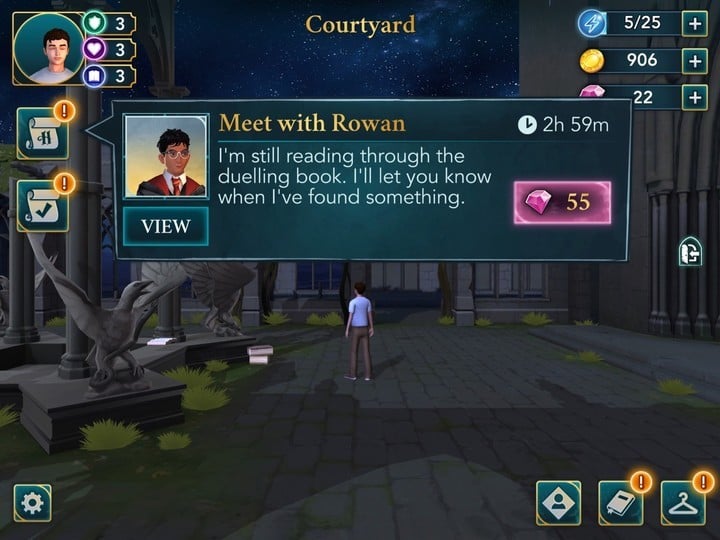 Harry Potter: Hogwarts Mystery isn’t done restricting you from advancing in the game. I’m not exaggerating in saying that every single class has the same restriction, whether it’s Charms with Professor Flitwick, Transfiguration with Professor McGonagall, broom riding with Madam Hooch, and the list goes on. It’s as though the game is trying to make the seven years of Hogwarts play out in real time in your life to last just as long. The only difference is that this might even take longer since you’re kicked out of class for hours at a time. To make matters worse, only when you finish class, can you start to advance the storyline. The only problem is that once you complete a story mission, you have to wait hours or spend gems to even unlock the opening of the next story sequence. You can go to class in the meantime, but that means burning your energy, so that once the story portion is unlocked, you’ll be out of energy. 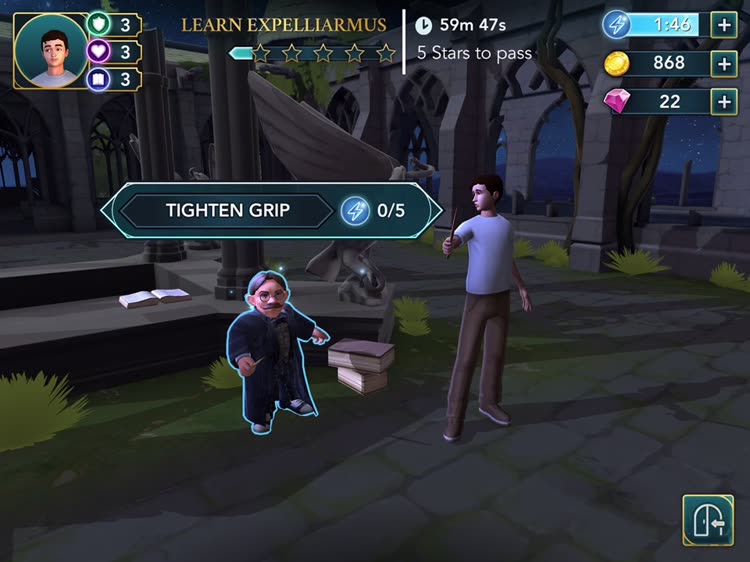 The developers didn’t stop there in designing a terrible experience. You begin the game by being able to choose your own house, without even a single question to possibly try to sort you. If that wasn’t enough, it’s tough to even call this a game. The majority of the “game” is tapping on blue highlighted items over and over again to burn your energy. Completing a class usually gives you one on screen shape to draw, but it’s tough to see what you’re actually playing. There are occasional dialogue choices as well, though it’s extremely obvious which line to pick. Harry Potter: Hogwarts Mystery provides a series of menial tasks that aren’t even as compelling as the interactive educational toddler apps on the App Store. Maybe, if there was something to actually play, you may have more incentive to spend or be “on call”, but the mixture leaves nothing to come back to. Not only that, but the game is designed so that it almost always offers the boot loading screen when you try to resume.

You will either need the patience of a saint, or a couple hundred bucks to get through this game. It would be nice if it was free to download with a single unlock price to play through the whole story mode, but Port Key Games and Jam City chose otherwise. I can’t fathom that the set up of an extreme conversion rate of less than 1% of players that turns off the other 99% is worth more than a single unlock rate, but I don’t have access to the analytics. I do know that Port Key Games and Jam City have hurt the Harry Potter brand with this game, and the truncated and frustrating experience that it delivers. 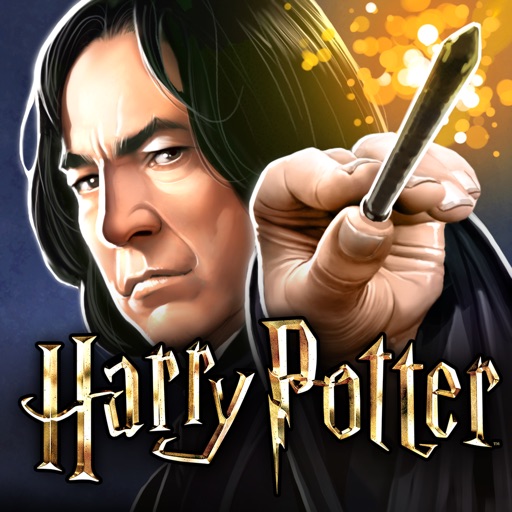 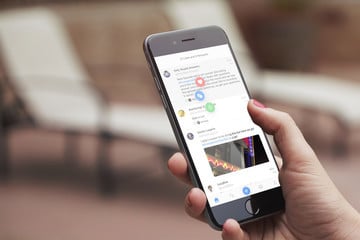 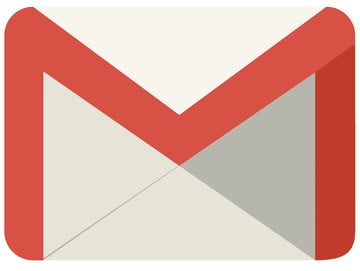