You are using an outdated browser. Please upgrade your browser to improve your experience.
App-dicted
by Bryan M. Wolfe
June 12, 2017

There’s a new in-app purchase scam you need to know about.

The App Store is the home to millions of awesome apps. Unfortunately, it’s also a place where you’ll find scams as Johnny Lin recently uncovered and posted about on Medium. This particular scam features apps advertising fake services via in-app purchases. 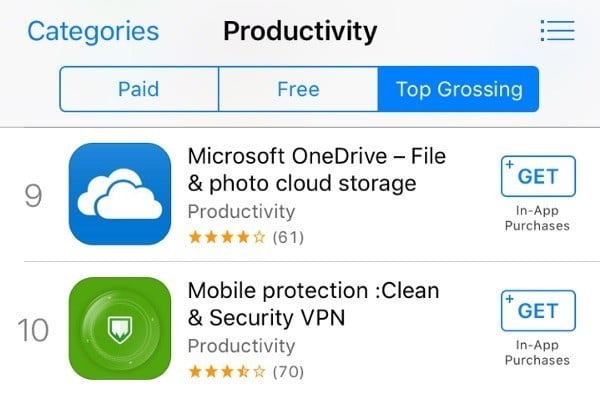 In his article, “How to Make $80,000 Per Month on the Apple App” Lin highlights a troubling trend where search ads are being manipulated to promote dangerous apps.

I scrolled down the list in the Productivity category and saw apps from well-known companies like Dropbox, Evernote, and Microsoft. That was to be expected. But what’s this? The #10 Top Grossing Productivity app (as of June 7th, 2017) was an app called “Mobile protection :Clean & Security VPN”.

Given the terrible title of this app (inconsistent capitalization, misplaced colon, and grammatically nonsensical “Clean & Security VPN?”), I was sure this was a bug in the rankings algorithm. So I check Sensor Tower for an estimate of the app’s revenue, which showed… $80,000 per month?? That couldn’t possibly be right. Now I was really curious.

Note: Because of how iOS sandboxes apps, there’s no reason to install an anti-virus software on iPhone or iPad.

Lin suggests these types of scams are easy to create because of Apple’s “immature” App Store search ads product:

Turns out, scammers are abusing Apple’s relatively new and immature App Store Search Ads product. They’re taking advantage of the fact that there’s no filtering or approval process for ads, and that ads look almost indistinguishable from real results, and some ads take up the entire search result’s first page.

Hopefully, Lin’s story will convince Apple to make some important changes to its search ads system. I trust that they will.

In the meantime, he offers some simple steps non-technical App Store users can take so that they aren’t scammed. His article is definitely worth a read. 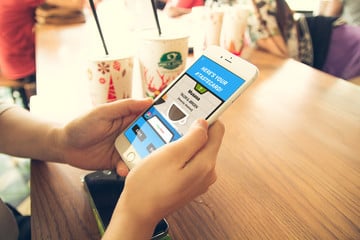 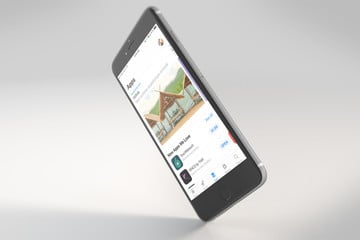