You are using an outdated browser. Please upgrade your browser to improve your experience.
by AppAdvice Staff
March 1, 2021

When it comes to story ideas, intergalactic war is about as exciting as it gets. What could be more consequential than the fate of the universe and everybody in it?

Infinite Galaxy is the latest epic space shooter to hove into view like a gigantic, eerily silent destroyer. Developed by Camel Games, it invites you to “expand, exploit, and exterminate”, like a true intergalactic adventurer.

The year is 4649, and the long war between the Old Federation and the Empire is over. The bad guys came out on top, but – in a rebuke to jerks everywhere – the Empire on the verge of collapse anyway. The universe is in disarray, like a zero gravity Wild West.

So what do you do? You rebuild your Spaceport, for a start, for you’re a Spaceport Commander with big ambitions. Your ultimate goal is to lead the resistance movement as it wrests control of the Andromeda Galaxy from the crumbling Empire.

Gameplay-wise, Infinite Galaxy is a strategy game on a vast scale. You’ll need to weigh up multiple factors when building up your fleet, including the research pathways you take, the construction process, the modules you apply, and the crew you hire.

The strength of your fleet is based on just as many variables. You’ll need to ensure that you can cope with every possible battlefield situation, from close-quarters skirmishes to ranged assaults.

There are Flagship missions, too, allowing you to take the helm in your own Flagship craft and take the fight to the enemy directly, working with allies to exploit your most powerful weapon.

We’re still just scratching the surface. Infinite Galaxy is a huge experience in every sense, with a massive double-layer map containing the galaxy and the star system, a wealth of gameplay types, and a compelling campaign storyline involving endless secrets to uncover, places to explore, choices to make, and characters to meet.

It’s gorgeous, too, and totally free to download. Grab Infinite Galaxy right now on the App Store or Google Play by clicking here.

And once you’ve got it up and running, go to Settings > Pack Exchange and enter the code “appadvice” to claim your exclusive in-game gift. 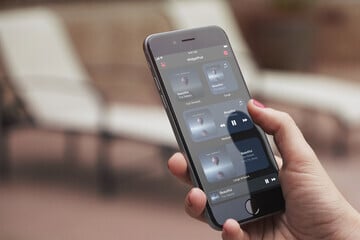 WidgetPod Brings Your Now Playing Music to a Homescreen Widget 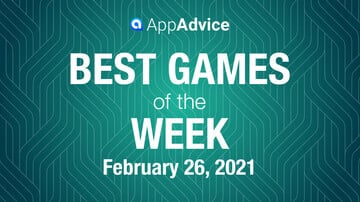 Best Games of the Week February 26