You are using an outdated browser. Please upgrade your browser to improve your experience.
by Abdel Ibrahim
October 26, 2016

The piece starts off by highlighting five major categories where Microsoft lost because of Ballmer’s inability to spot the next trend:

Despite Microsoft’s remarkable financial performance, as Microsoft CEO Ballmer failed to understand and execute on the five most important technology trends of the 21st century: in search – losing to Google; in smartphones – losing to Apple; in mobile operating systems – losing to Google/Apple; in media – losing to Apple/Netflix; and in the cloud – losing to Amazon. Microsoft left the 20th century owning over 95% of the operating systems that ran on computers (almost all on desktops). Fifteen years and 2 billion smartphones shipped in the 21st century and Microsoft’s mobile OS share is 1%. These misses weren’t in some tangential markets – missing search, mobile and the cloud were directly where Microsoft users were heading. Yet a very smart CEO missed all of these. Why?

All very true. And yet, Ballmer still made the company an enormous amount of money, tripling sales to $78 billion and more than doubling profits from $9 billion to $22 billion.

Obviously, this is what allowed Ballmer to stay at the helm for so long. When you’re making tons of money and shareholders are happy, there’s often no real pushback from board members, which allows guys like Ballmer to run the company for so long, fourteen years in fact.

Blank believes Apple is going through the same thing with Tim Cook, arguing that under Steve Jobs the company reinvented itself multiple times:

Between 2001 to 2008, Jobs reinvented the company three times. Each transformation – from a new computer distribution channel – Apple Stores to disrupting the music business with iPod and iTunes in 2001; to the iPhone in 2007; and the App store in 2008 – drove revenues and profits to new heights.

Jobs was remarkable at doing such things, and the reason is that he didn’t give nearly as much thought to margins as he did to real innovation. That’s what defined Jobs and Apple.

Tim Cook has now run Apple for five years, long enough for this to be his company rather than Steve Jobs’. The parallel between Gates and Ballmer and Jobs and Cook is eerie. Apple under Cook has doubled its revenues to $200 billion while doubling profit and tripling the amount of cash it has in the bank (now a quarter of trillion dollars). The iPhone continues its annual upgrades of incremental improvements. Yet in five years the only new thing that managed to get out the door is the Apple Watch. With 115,000 employees Apple can barely get annual updates out for their laptops and desktop computers.

Apple is undoubtedly done very well financially since Cook has become CEO. So well, that they’re the most valuable company in the world. But the question you have to ask yourself is why?

The answer is because Apple continues to innovate on existing products, such as the iPhone, the most popular product in history. Apple has put so much time into the iPhone, that it seems like everything else is getting neglected, including the next wave of computing.

Take for example the iPad, which debuted just a year before Steve Jobs passed away. What has changed? The hardware has gotten remarkably thinner and lighter. The display is gorgeous. They’ve added support for writing and drawing with the Apple Pencil. These are all great things, but what about the OS?

The iPad, almost seven years later, still feels like a blown up iPhone in so many ways. Look at the Home screen. Look at Notification Center and Control Center. None of these things seem like they’ve been optimized for a 9.7-inch or larger display. Apple is calling the iPad a supercomputer on their homepage, but truth be told, it still feels very handicapped. Where’s the real innovation here?

And then there’s Siri, which many of us consider inferior when compared to Google’s Assistant or Amazon’s Alexa despite Apple bringing it to the smartphone before anyone.

I think Blank sums it up best here:

It’s not that Apple doesn’t have exciting things in conversational AI going on in their labs. Heck, Siri was actually first. Apple also has autonomous car projects, AI-based speakers, augmented and virtual reality, etc in their labs. The problem is that a supply chain CEO who lacks a passion for products and has yet to articulate a personal vision of where to Apple will go is ill equipped to make the right organizational, business model and product bets to bring those to market.

To me, this paragraph highlights exactly what’s wrong with today’s Apple. It’s not that they don’t have the talent and resources. It’s that they lack the amazing editor they once had, Steve Jobs. Without him, Apple doesn’t know how to execute nearly as good out of the gate. Just take a look at the Apple Watch, which has seen a dramatic user interface overhaul since its debut. To me, it suggests that Apple doesn’t have a solid vision when it comes to future products and that it needs a lot more time to figure things out.

It’s been five years since Tim Cook has been the CEO of Apple. A lot of good has come out of the company, including some great innovations to the iPhone. However, it feels like so many things have just lingered around with little attention. Macs feel like they’re being neglected, the iPad software hasn’t seen that much innovation, there’s no great Apple TV service, Siri still lags behind when compared to other assistants, and we’re all still getting just 5GB of iCloud storage for free.

Maybe it’s too early to judge, but five years seems like enough time to judge Cook. He’s been great at making the company crazy amounts of money but has he led Apple to make the greatest products and services possible? I don’t think so. 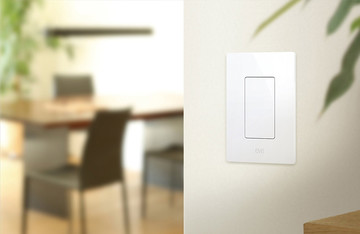 Apple Will Reportedly Offer Three Different Models of the 'iPhone 8'