You are using an outdated browser. Please upgrade your browser to improve your experience.
by Christine Chan
November 3, 2017

Million Onion Hotel ($3.99) by ONION GAMES is a unique action puzzle game that's truly unlike anything you've played before. Yes, we know that this is a claim made by many, but this is one game that will really make you go "WTF?" after your first round. It's weird, wacky, and special, kind of like Grapple Gum.

Ever since I've been here at AppAdvice covering mobile games, I feel like I've gone through everything (at least most) that the App Store could offer me. While I love finding new games in my favorite genres, I can't help but feel that everything's been done twice over. So when there are games out there that strive to be completely unique and never done before, I'm definitely interested. When I came across Million Onion Hotel, I knew that this was something special. 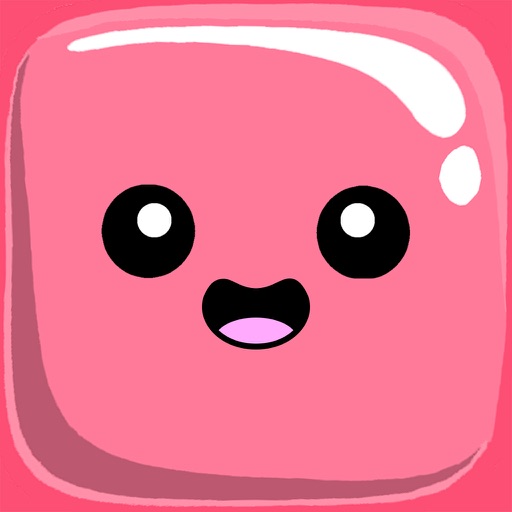 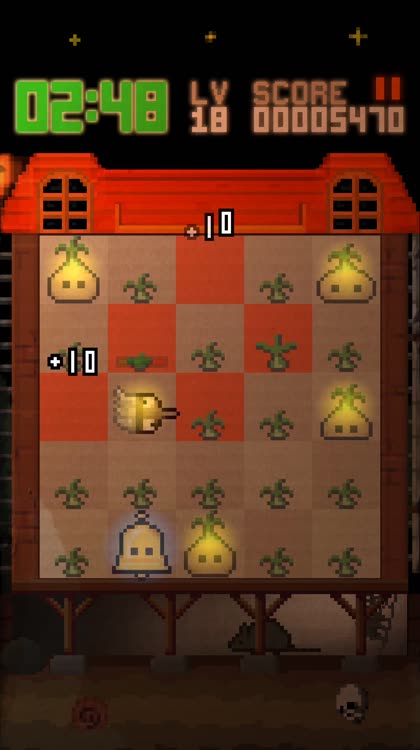 Visually, Million Onion Hotel has a retro pixel art style that is absolutely lovely. As someone who grew up in the golden age of gaming with 8-bit and 16-bit graphics, I appreciate any game that pulls it off well. Everything in Million Onion Hotel is rendered in 2D, but there's a bit of depth to everything thanks to the dynamic lighting effects that take place. Despite the pixel art, Million Onion Hotel still has fairly detailed textures in the environments and character sprites. The colors in the game are a nice mix of dark and gloomy shades with bright, earthy tones, which contrast nicely. Animations are smooth and fluid with no lag on my iPhone 8 Plus. The soundtrack is a quirky jazz track, and the sound effects are delightful. For their first release on the App Store, the developers did an excellent job with the game's visual and audio design.

There's only one game mode in Million Onion Hotel, but there's a lot of content to unlock in the form of cards. These cards dictate what show up during your game, and each one of these unique characters are worth a different amount of points, which affect your final score.

In the Million Onion Hotel, the specialty is a "magical onion soup," though no one who's had it can describe its flavor to anyone else. The soup has a hidden power, obviously, which makes it magical. But one night, some highly-esteemed hotel guests having the soup find themselves sucked away into a far-off galaxy. Is it a result of drinking too much of that magical onion soup? No one knows, but one thing's for sure: you need more magic onions to make more magical soup.

The gameplay in Million Onion Hotel is fast-paced and challenging. Players get a 5x5 grid, and there are onions sprouting up from the ground in the board. You'll have to get as many onions as you can before time runs out.

As soon as the onions are ripe and ready to be picked, they'll come up from the ground. Some onions give you more time. To collect them, just tap on them — the space they occupied becomes red after to make it more clear. Once you make a line vertically, horizontally, or even diagonally, you'll advance a level. You can make single or even double lines, which are worth more points. When you move on to the next level, things pop up faster, and more character cards get introduced as well. These other characters include bells, paintbrushes, and more, and they require more than one tap to get rid of.

At some point, you'll get the cutscene that shows the hotel guests whisked away to a completely different dimension. After this point, you'll eventually reach boss fights, which can be rather difficult and a welcome challenge. The boss fights show their health bar at the top, and you'll have to quickly collect onions and other characters to dish out damage. If you can't defeat the boss in the remaining time, then it's game over.

An action puzzle game mixed with a strange storyline. 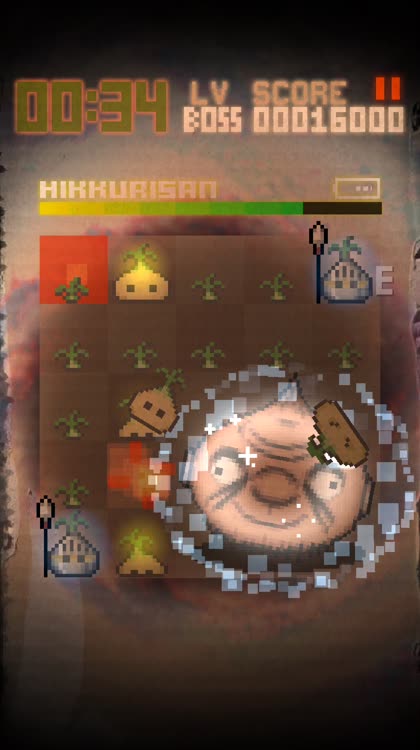 Million Onion Hotel is definitely a game that's unlike any other action puzzle that you've played before. It gets high marks for its uniqueness, and the gameplay is downright fun and addictive, even though the boss fights are fairly challenging. The pixel art graphics are top notch, and the music and sound is done incredibly well. This game is packed full of charm and even though it may have you going "what the heck is going on?" after the first round, it's hard to put down once you get going. 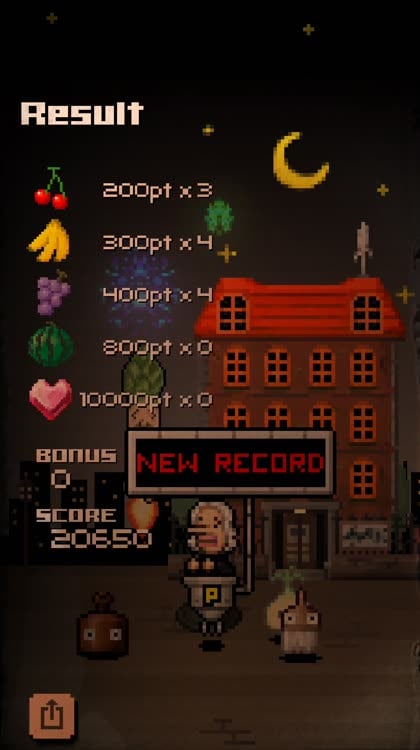 While Million Onion Hotel has a lot of good stuff going for it, there's a flaw as well. The game can get a bit repetitive, at least until you unlock the other character cards. Still, it can be a bit repetitive since you're just tapping quickly on the screen to collect onions and other things before facing off against a boss. But this is standard with high score chasers, so you should know what you're getting yourself into ahead of time.

When I first saw Million Onion Hotel, I was intrigued by the screenshots, but didn't know what to expect from it in terms of gameplay. Now that I've spent my morning playing the game, I have to say that I'm impressed. As someone who grew up with classic pixel art games, the visuals bring back a sense of nostalgia with me, and the sounds are rather satisfying. After my first round in the game, I seriously said "what is going on in this game?" out loud. Not many games make me say that, so kudos. But I still find myself returning, because it's just fun. This is one of those games that I'll be returning to time and time again, for sure. 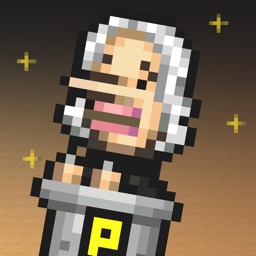