You are using an outdated browser. Please upgrade your browser to improve your experience.
Accessories
by Bryan M. Wolfe
November 10, 2016

Are you still hoping to get your hands on a pair of Apple’s delayed AirPods before the end of the year? You might be in luck, according to German blog Apfelpage.de.

According to the site, AirPods could arrive in stores as early as Nov. 17. The date was mentioned by an employee at Apple reseller Conrad about the new earbuds:

Hello, I have just talked with an employee of the Conrad Online Store, since I am there on 14.10 the AirPods ordered and I wanted to cancel today. According to information from the employee, they have stockpiles from 17.11, I will then have them between November 18-19.

First announced in September, Apple’s truly wireless earphones were supposed to arrive before the end of October. On Oct. 26, however, Apple announced a delay, with a spokesperson saying the company “needed a little more time.” Soon after, an unconfirmed rumor suggested the delay would extend into 2017.

Instead of needing to go through a pairing process, the AirPods can connect automatically to all Apple devices including an iPhone, iPad, Apple Watch, and Mac. 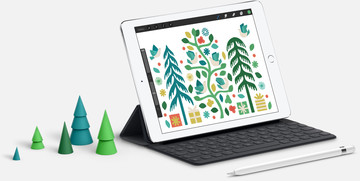 Apple's 2016 Holiday Gift Guide Offers iPhone, MacBook and Everything In Between