You are using an outdated browser. Please upgrade your browser to improve your experience.
by Christine Chan
February 28, 2018

Evoland 2 ($6.99) by Playdigious is the ultimate homage to classic RPGs that most of us grew up with in our childhood years. If you were a fan of the first Evoland, then you don't want to miss the sequel.

I grew up with consoles like the NES and Sega Genesis when I was a kid. Back then, there were plenty of great games, especially RPGs, that provided adventure and challenged players at the same time. As time went on, RPGs grew and matured, becoming much more detailed than their original counterparts and even blossoming in glorious 3D. If you're the type of person to get a bit nostalgic over gaming history, and also enjoy a ton of references, then Evoland 2 is a perfect match. 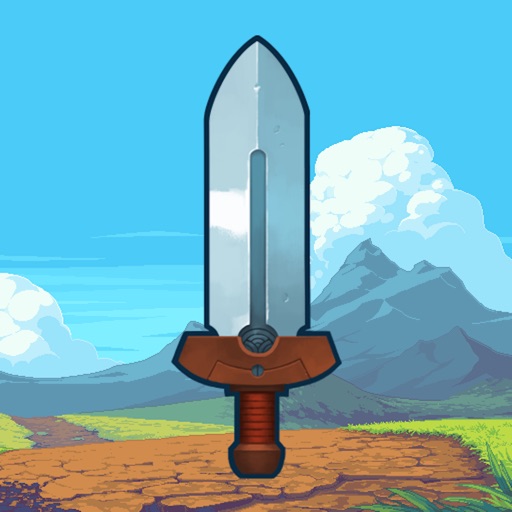 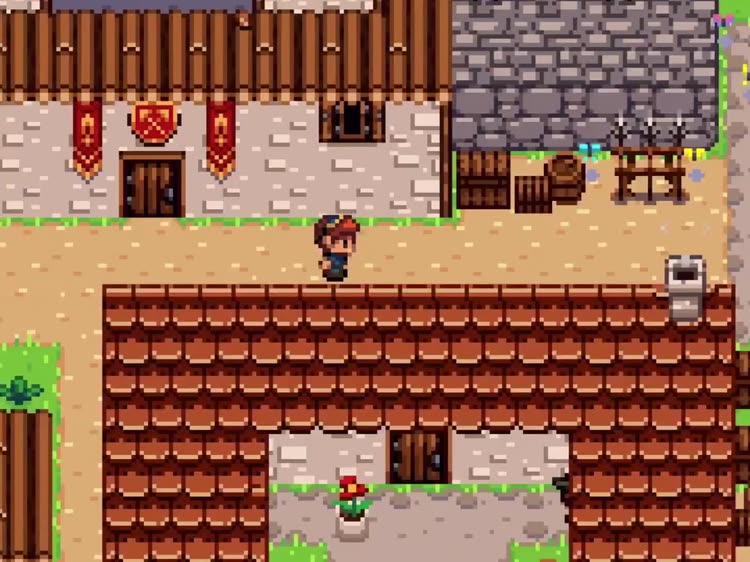 Graphically speaking, Evoland 2, like its predecessor, is rather impressive. The game provides an excellent visual timeline of the capabilities of gaming throughout the years, going from 2D and 8-bit pixels to more complex, 3D modeling systems. Still, even when you go through the 8-bit part of the game, everything is still quite detailed, so you can still make things out and it's not too plain looking. The colors in Evoland 2 are a nice, lush mix of vibrant brights and more muted, earthy tones. Animations are smooth and fluid, with no issues of laggy or choppy frame rates on my iPhone 8 Plus. The soundtrack is also a nice tribute to the classic RPGs that you've played in the past, and the game even pokes some humor into that from the very beginning.

In typical RPG fashion, players will find a storyline that is jam-packed with plenty of JRPG tropes and clichés, but done in a way that is supposed to be humorous and entertaining. You have the protagonist who doesn't remember who they are and what happened to them before the start of the game. You're in a village with various NPCs who all have their own quirks and charms. The silent hero gets sent out of the village to do some errands for someone, but you need a sword first! Help the daughter of the man who rescued you from the forest from a bunch of monsters and witness a catastrophic event that changes the world as we know it.

Yup, that sounds about right, doesn't it? Evoland 2 has the standard JRPG fare, but does it in a tongue-in-cheek way that is pretty meta and breaks the fourth wall. It makes jokes about mechanics from other games, such as The Legend of Zelda (cutting up shrubs), and there are a ton of references to look for if you've played any major RPG or adventure type game.

Since it's an RPG, players do have to go through the game in a chronological series of events, but there is the ability to grind for experience and level up. You know, when you want to be so overpowered that you can decimate anything in your way.

Evoland 2 expands on the previous game by adding in new game mechanics and elements. Instead of just the regular old adventure RPG game, Evoland 2 implements different mechanics that get introduced in games, such as shooters, card games, platformers, and more. It adds more variety than the original Evoland, and it keeps things fresh and interesting. With all of the different genre mashups involved, it's guaranteed that you'll never be bored by what Evoland 2 has to offer.

There are two ways to play the game: through the default touch screen controls, or by using a MFi controller. The touch controls, while they work, are a bit wonky in my experience. The bottom left has the non-fixed joystick for movement, and the bottom right has a fixed-position button for attacking.

While the controls do work, I found it to feel clunky at times. This is because the movement joystick freely moves around to where your thumb is, but it doesn't seem as responsive as I'd like it to be. I often found myself trying to turn and not, resulting in my attacking in the wrong spot. Or I would just run into an enemy instead. I hope that the controls get better optimized in the future, or at least allow for some customization, as there's currently no options.

On top of it all, Evoland 2 has three ways to play the game: Adventure, Good Old Arcade, or Hardcore Challenge. There's plenty of diversity offered with the different types of gameplay, and the challenge mode is great for those who want a real test of skill.

An RPG game that mixes many classic together in an all new story. 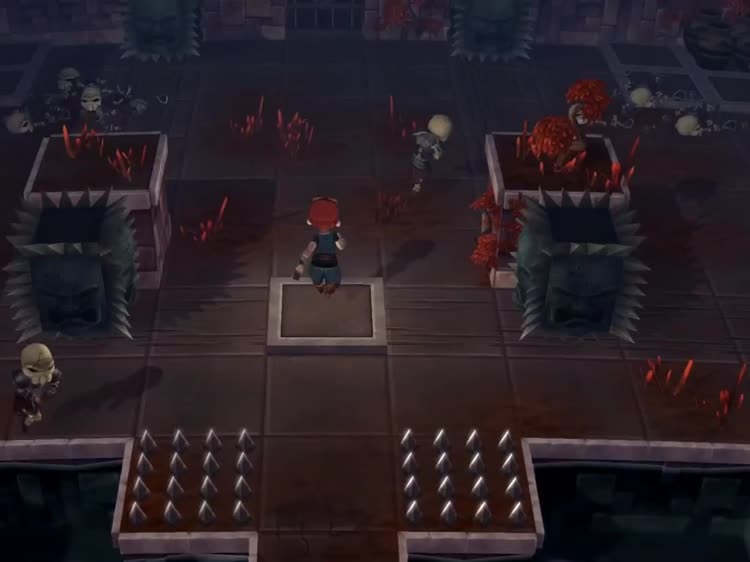 Evoland 2 is a great mashup and homage of RPGs through the years. The visuals look fantastic and are nicely detailed, even when it's supposed to be "less" detail for the old graphics. The music is excellent as well, as it serves up typical adventure fantasy fare. The different style of gameplay mechanics and elements that are introduced provide a huge variety, and it's a great way to go through gaming's history. And last but not least, the humor with the dialogue and references is top notch. 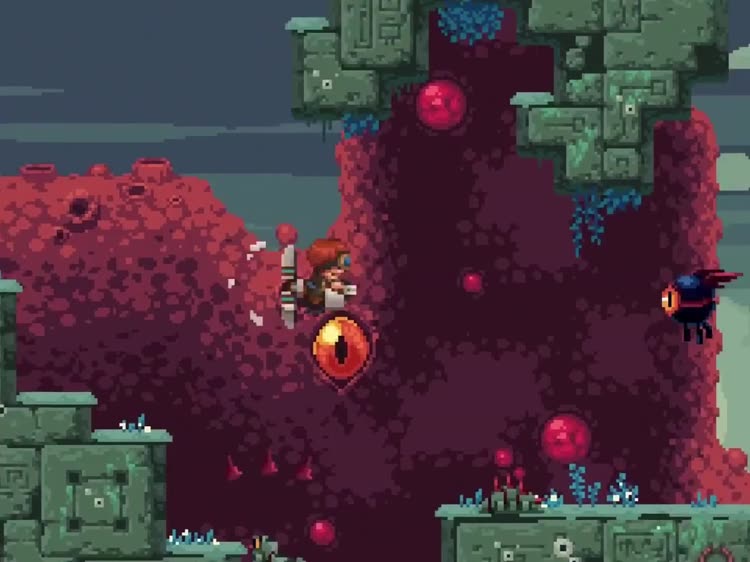 Evoland 2 is great, but I wish that the touch controls were a bit better. It's hard to move quickly and aim your attacks properly, as it gets unresponsive and sticky at times. Hopefully the control optimization gets tweaked in future updates. For now, if you have a MFi controller, it may be the better way to play.

As a fan of RPGs in general, I am liking Evoland 2 so far. I believe I had the original game, but didn't get around to playing it for whatever reason (this happens more often than not). The cheeky humor and references bring a smile to my face, and I love how the world transitions to different graphical styles. The soundtrack reminds me of older RPGs that I used to play too, so the nostalgia is nice. I just hope the controls get better in due time. It may just take some practice to get used to.

Evoland 2 is on the App Store as a universal download for your iPhone and iPad for $6.99. There are no in-app purchases. It's also available on Steam (PC and Mac) starting at $19.99. 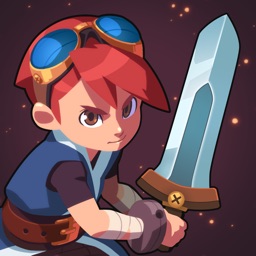 Evoland 2
Playdigious
Nothing found :(
Try something else