You are using an outdated browser. Please upgrade your browser to improve your experience.
by Christine Chan
January 24, 2018

Cytus II ($1.99) by Rayark is a musical rhythm game that takes place in a futuristic world that's ruled by the internet. If you were a fan of the original Cytus, or Rayark's other music game, VOEZ, then you're sure to love Cytus II.

Ever since my high school days, when Guitar Hero and Rock Band reigned supreme, I developed a love for music games. I would go to arcades and play the aforementioned games with friends, or watch others partake in Dance Dance Revolution (I'm not a dancer). I'd even venture out into other music games, such as DJ Hero and Beatmania. Even though I'm not an expert at rhythm games like other people I know, I have fun with them. My first Rayark music game was VOEZ, which I even bought on my Nintendo Switch, because it was that good. I didn't play the first Cytus game, though, but I was eager for something new from Rayark, so I decided to pick up Cytus II. As someone new to Cytus, I'm not disappointed. 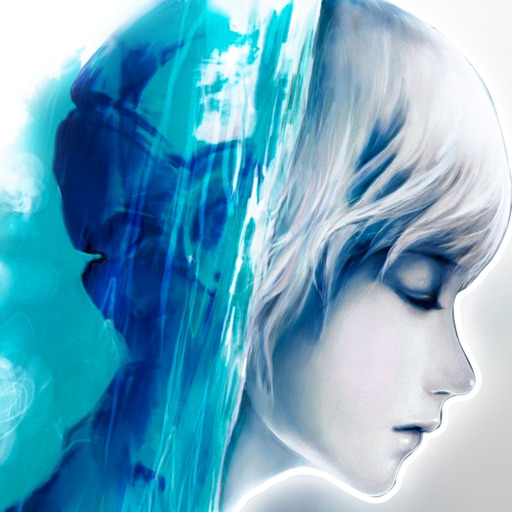 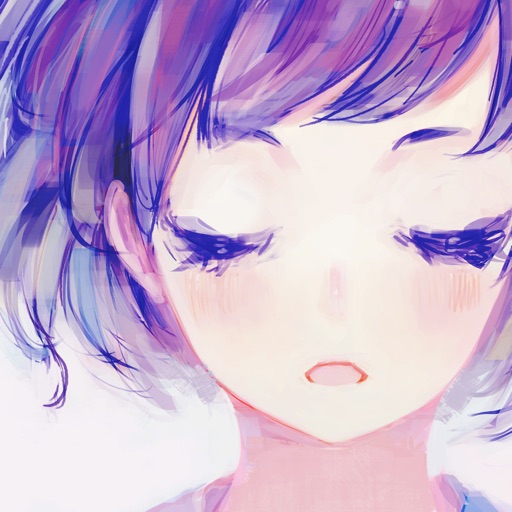 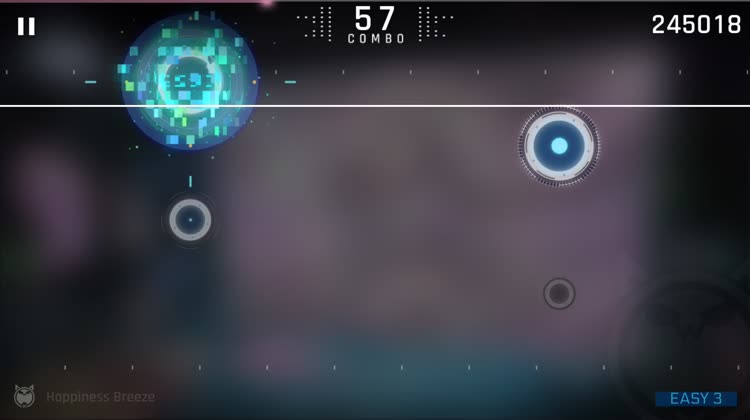 Visually, Cytus II is incredibly impressive. If you're a fan of Japanese anime and manga, then you'll love the art style. The futuristic, cybernetic world looks like it came straight out of some anime series. The characters themselves have their own unique styles and aesthetics, and are incredibly well drawn, in my opinion. The digital world that everything takes place in is believable, with plenty of blues, grays, and neon lights to represent cyberspace. All animations are super smooth and fluid, so I did not get issues of lag or choppy frame rates on my iPhone 8 Plus. As a newcomer to the Cytus series, I'm definitely impressed by the graphics.

Since Cytus II is a rhythm game, the soundtrack is rather important, even more so than the story. The game has a total of about 50 songs to play, with many of them needing to be unlocked through progression. Cytus II features songs composed by songwriters from all over the globe, including Japan, Korea, US, Europe, Taiwan, and more. These songs span all sorts of genres, including electronic, rock, and even classical. Your choice of songs to play also depend on which character you play as, giving you reason to try out other characters.

One thing that should be mentioned, though, is the fact that while there are five characters total, you only get three with the initial purchase. The other two must be bought via in-app purchase, and they're $9.99 each. To me, that seems a bit high for a mobile game. So if you want to get access to all of the content in this version, you'll have to shell out over $20. A little steep for my tastes, but I digress.

In Cytus II, there's an interesting story that unfolds through the music. You see, in the cyTus internet space, a mysterious DJ by the name of Æsir is charming everyone worldwide with his music. Turns out he's holding the first mega virtual concert, with an idol singer and popular DJ opening acts, so the frenzy begins. Everyone wants to see what Æsir looks like.

The story unfolds through digital messages that users (other characters in the game) post, similar to forums like reddit. You'll be able to unravel the plot, get to know other characters through their replies and comments, and see what songs you've unlocked.

Each song that you can play has a few different difficulty levels. By default, you start with Easy and Hard. But as you play, you can unlock Chaos difficulty, which is not for the faint of heart. But keep in mind that the higher the difficulty, the higher of a score you can end up with.

Playing Cytus II is pretty easy, but takes some time and practice to get used to it. The game utilizes the "Active Judgment Line" rhythm play style, which means you must tap on the notes that appear as the judgment line hits them. There are five types of notes: regular blue ones need a tap, a circle that requires a long-press for a brief amount of time, an arrow that must be dragged, a bigger circle in the middle that needs a longer long-press, and double notes. While it's easy to tap them at the right time, things get harder when many notes appear on the screen at once, and it only gets more challenging with Hard and Chaos difficulties.

Like any other music game, it's important to hit the notes at the right time, since you'll rack up a combo. The higher your combo, the more points you'll get thanks to the multiplier. And the closer to perfect you get on a song, the better grade you'll receive at the end.

The grades are important, as you may unlock more songs by getting high marks on certain songs. The player you choose also gains experience points after successful performances. As they level up, the story advances, and new songs are unlocked as well.

The futuristic world of Cytek returns with even more music rhythm gaming for you. 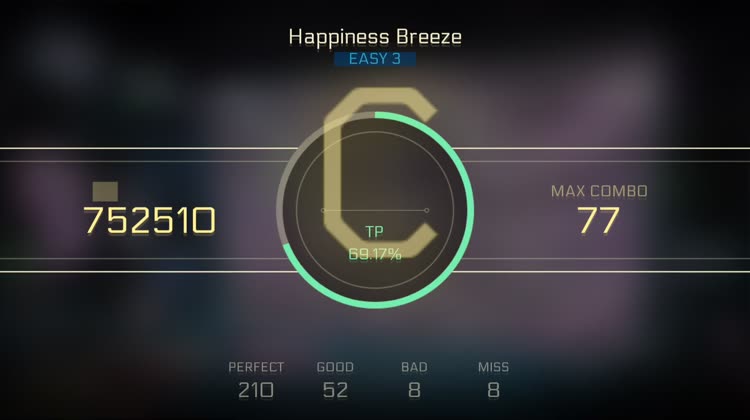 Cytus II has a lot of good things going for it. The art is gorgeous, everything runs smoothly, and the variety and choice in song selection is amazing. The story is also rather captivating and engaging, which is a plus, since you don't normally play music games for the plot. I've always enjoyed Rayark's sense of progression in the game, since it motivates you to try higher difficulties to unlock more content.

The controls in Cytus II are also easy and intuitive. It does take some getting used to, but if you've played their music games before, or any rhythm game in general, then you'll feel right at home. I like the variety of notes that are in the game, as it keeps you on your toes. 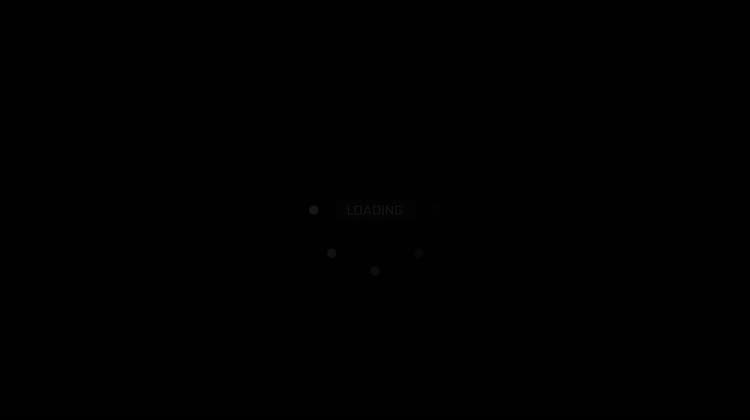 While I'm liking Cytus II as a newcomer to the series, I still think that the $10 price tag for the other two characters is a bit outrageous. However, that's my only qualm with the game, because everything else is pretty great.

I'm enjoying Cytus II a lot so far, and it's definitely my new favorite musical rhythm game. I'm in love with the anime art style, and the music is quirky, upbeat, and catchy. The game's tutorial is helpful in terms of showing you what to do with each note type, and controls are simple. I recommend playing with your device on a table or other flat surface, so it's easier to see upcoming notes without your hands blocking your view. I just wish that the price for the other two characters were cheaper.

I recommend Cytus II for anyone who likes music rhythm games, or was a fan of the original Cytus. You can find Cytus II on the App Store as a universal download on your iPhone or iPad for $1.99. 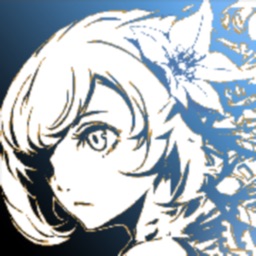 Cytus II
Rayark International Limited
Nothing found :(
Try something else