You are using an outdated browser. Please upgrade your browser to improve your experience.
by Christine Chan
June 6, 2017

Monument Valley 2 ($4.99) by ustwo Games Ltd is the sequel to the critically-acclaimed puzzle game that launched in 2014, and served as inspiration to many other Escheresque-like titles on the App Store. If you enjoyed the original, or just love a calming puzzle game that is more about the overall experience, then Monument Valley 2 is one that you should definitely not miss.

Even though I’ve gone through hundreds, maybe even thousands of iOS games since 2008 and my time here at AppAdvice, very few have have left long-lasting impressions on me. I consider myself to be a heavy gamer usually, though I still love to just unwind with a good puzzle game. One of those amazing games that are incredibly memorable and one that I recommend to everyone is Monument Valley — even though the game was fairly short compared to other puzzle games and wasn’t too difficult, it was the experience that made it great. I completed the core game of the original Monument Valley, and even bought all of the additional DLC levels through in-app purchases as they were released. But I still yearned for more, even after the developers said the “Forgotten Shores” expansion was the last content that Monument Valley would be receiving. Lo-and-behold everyone’s surprise, including mine, when Monument Valley 2’s worldwide premiere was revealed during the WWDC 2017 keynote yesterday. Needless to say, I bought Monument Valley 2 in a heartbeat and found myself once again immersed in a beautiful and artistic world. 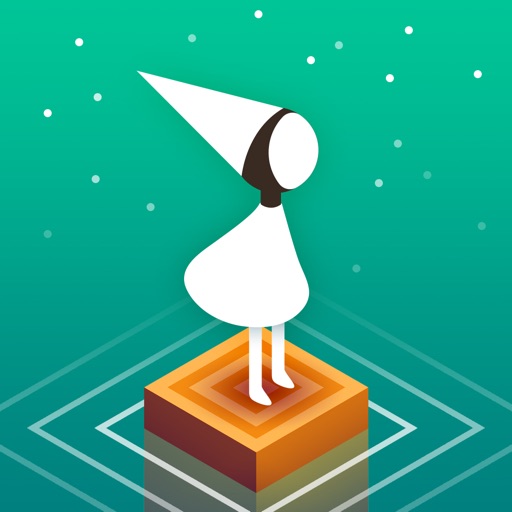 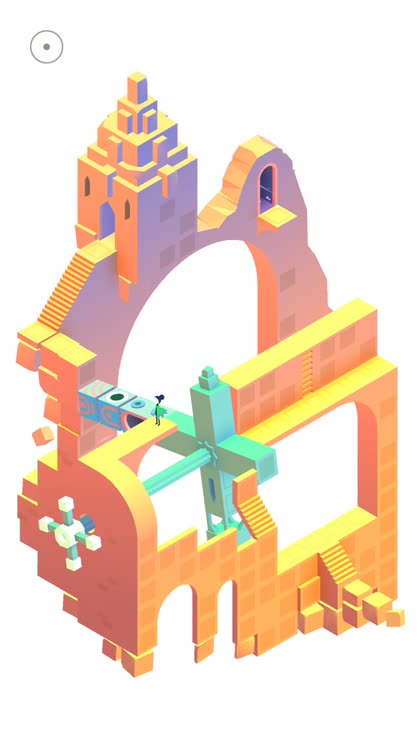 Visually, Monument Valley 2 is just as gorgeous and stunning as the original, but is amazingly even more polished, something that I didn’t think was possible after the first game. Once again, the world of Sacred Geometry is rendered exquisitely in 3-D, complete with the tricky, mind-blowing optical illusions that the original game was known for. While the first game had more soft and pastel hues with some darker, gloomier colors, I felt that Monument Valley 2 features a bolder and richer color palette right from the get-go. I’ve been especially loving the rich purple shades in some levels, and the colorful stages feel bright and cheery. Like the original game, Monument Valley 2 has a soothing melody playing the entire time you’re playing, which is incredibly immersive. It adds to the overall experience, and it’s definitely recommended to play this game with the sound always on — otherwise, you’re missing out! Once again, ustwo has knocked it out of the park in terms of visual and audio design with Monument Valley 2, but that’s to be expected.

Surprisingly (at least to me), Monument Valley 2 is a standalone adventure with a separate story, so you do not even need to play the first game (though you should anyway) to enjoy Monument Valley 2. In this follow-up, players will unravel the story of Ro as she teaches her daughter about the mysteries of the valley. Like the original, players will have to solve a series of puzzles in linear fashion to progress in the game, and secrets and even some familiar faces will begin to surface.

While the core of the puzzles remains the same (interact with the architecture and discover illusionary pathways), I felt that these individual stages felt a bit lengthier and a tad trickier than the stages in the original. Also, the gameplay works a bit differently since some stages require you to control both Ro and her daughter, so you are controlling two characters instead of just one. Sometimes Ro and her daughter will be together, and other times they’ll be separated, and it’s up to you to figure out how to reunite them — the daughter cannot move on her own, and will follow Ro’s lead if able. This new gameplay element adds an entirely new layer of depth to an already fantastic puzzle experience, and makes it more challenging than the first.

Controls in Monument Valley 2 are simple and intuitive. To move Ro, just tap on the spot you want her to move to. If she is unable to reach that point, you’ll know because she won’t move. When the architecture in the stage appears to have handles or some noticeable pegs sticking out, then that means that you can interact with these objects by dragging on them. The game does not penalize you for making mistakes, so you can take your time and play Monument Valley 2 at your own pace. While some puzzles are a bit more stimulating than others, everything can be solved through trial-and-error. There are seamless transitions between each part of a stage, and at the end, there are new light beams that allow players to draw kaleidoscope-like shapes with their finger. The moment you lift your finger from the screen, the shape gets saved and will appear around the thumbnail for that stage on the level selection screen. The light shapes are cosmetic and just add a personal touch to the game. 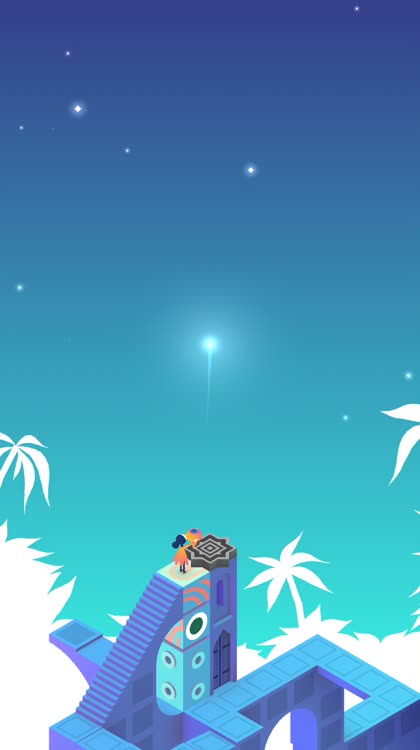 Overall, Monument Valley 2 is a stunning and worthy sequel to the original critically-acclaimed puzzle game. This follow-up has even more breathtaking graphics, an immersive and captivating soundtrack that is also soothing, and simple controls that anyone can understand. The new gameplay mechanics of controlling two characters instead of one is a refreshing change and welcome addition to the series, and the light beams that allow you to draw custom shapes at the end is a great way to add some personalization to the game. 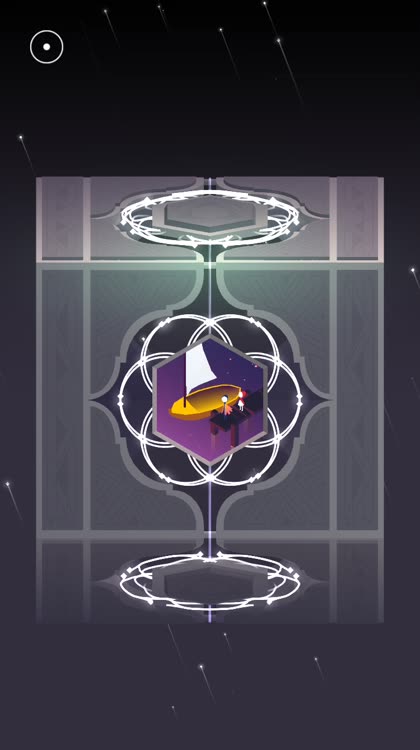 Like the first game, the puzzles themselves are not overly difficult, which may be a letdown for those who prefer a bigger challenge. The game is also still short, as all of the stages can be completed within a few hours if you don't stop. And even though it adds in some new gameplay elements, at the core, this is still just another Monument Valley.

I bought Monument Valley 2 yesterday as soon as I noticed that it was on the App Store during the WWDC keynote, and I have had a hard time putting it down once I get started. I have gone through about eight levels so far, so I’m not sure how many total stages there are, but I’m loving the added mechanic of controlling two characters to solve the puzzles. The visuals are breathtaking like the original, but with much more vibrant tones. The soundtrack is engrossing and adds to the experience, and the controls are easy enough for anyone. The original Monument Valley was a monumental experience for me, and this sequel only reinforces that. 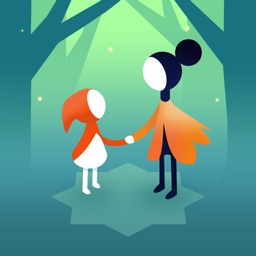 Monument Valley 2
ustwo games
Nothing found :(
Try something else