You are using an outdated browser. Please upgrade your browser to improve your experience.
by Christine Chan
September 28, 2015 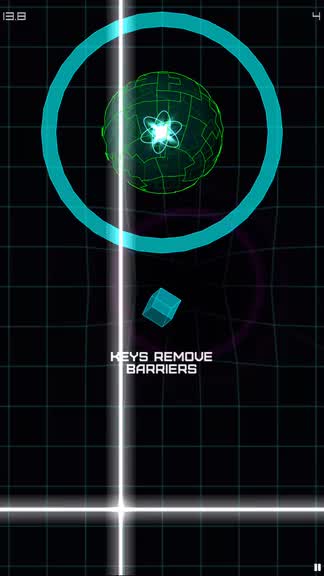 AGRAV: Inertial Orbit (Free) by null2 Berlin is a unique puzzle game that revolves around gravity itself. If you love physics-based games like Trick Shot and Bears vs. Art, then you will come to appreciate what AGRAV has to offer.

I spend a lot of my time on games, but the one type that I will always return to time and time again are the puzzles. There is always something about sitting down with a good puzzle that makes you muster up all of your brain’s energy in order to solve it. It’s a satisfying feeling, and a great way to pass the time, in my opinion. I’ve acquired many puzzles on my devices over time, but I’m always on the lookout for more, especially when they offer something that is different from the norm. When I saw AGRAV on the App Store, I was intrigued because of the distinctive controls — using black holes to control a ship’s trajectory. 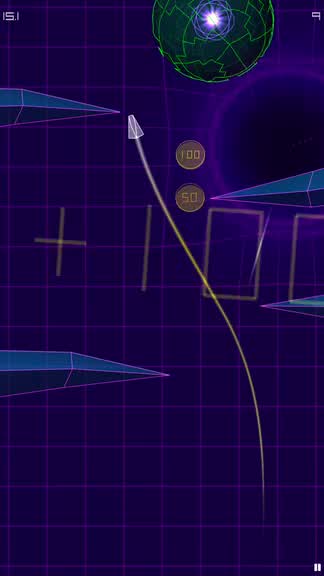 The graphics in AGRAV are completely retro, which will serve as a nice throwback for fans of the golden age of gaming. Since the background remains dark, the vibrant neon colors of the lines and shapes contrast nicely, and the blocky shapes and thin lines are just like a blast from the past. Animations in the game are smooth and fluid, and the game has a catchy electronic soundtrack by DJ Glow that is a delight to listen to. Visually and audibly, AGRAV is a treat.

Like other puzzle games, AGRAV is based on levels that are split up across different zones. While the game is initially free, players will only get the first 30 levels of the Alpha Zone with the download. Another 60 stages (Beta and Gamma) are available through a $1.99 in-app purchase. The goal in each level is to get your small spaceship into the large, green, glowing portal on one side of the screen to escape these strange dimensions. Of course, things start out fairly easy, but then you have a wide variety of obstacles and hazards that you’ll have to avoid to survive (one touch kills you), while also collecting bonus point and time (depending on stage) tokens and solving puzzles with switches and other things.

The controls in AGRAV are simple and clearly designed for touch screens, which is nice. Since the only way to direct the movement of your ship is through gravity, players just touch the screen with their finger to create “black holes” that affect the ship’s direction. The longer you hold the black hole down, the more momentum the ship gains, so it will speed up. But you want to be able to still be in control of the ship so you can collect tokens and avoid dangers, so at times you’ll have to alternate fingers and create more than one black hole per stage to reach the objective. Other times, you’ll want to just hold your fingers down on the end goal to do a straight shot as fast as possible, since some stages only give you a few seconds. Regardless, the controls feel natural and intuitive since they are clearly designed for the mobile platform. 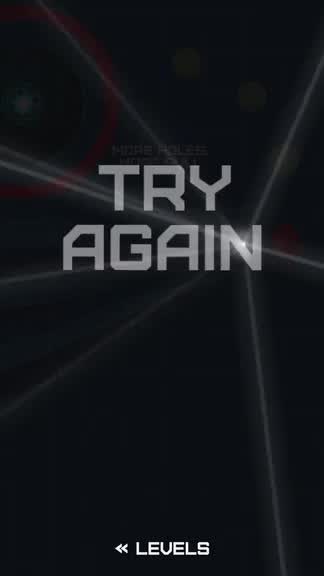 Depending on how you do on each stage, you can earn a bronze, silver, or gold medal. For perfectionists, this will provide a lot of replay value, since you’ll be determined to do better with each attempt. The game also has Game Center integration for leaderboards and achievements, so there will be plenty of reasons to keep coming back to the game.

I’m still pretty early on in AGRAV, but I’m enjoying it for what it is worth. The old-school vector visuals are a great throwback to my childhood, and the music is incredibly well-done. The controls are easy-to-understand for anyone, though it will take some time to master. The puzzles can be challenging but rewarding, and the game has a good amount of replay value.

I recommend checking out AGRAV for yourself on the App Store if you’re a fan of physics-based puzzles. AGRAV is available as a universal app for free with an in-app purchase for the Beta and Gamma levels. 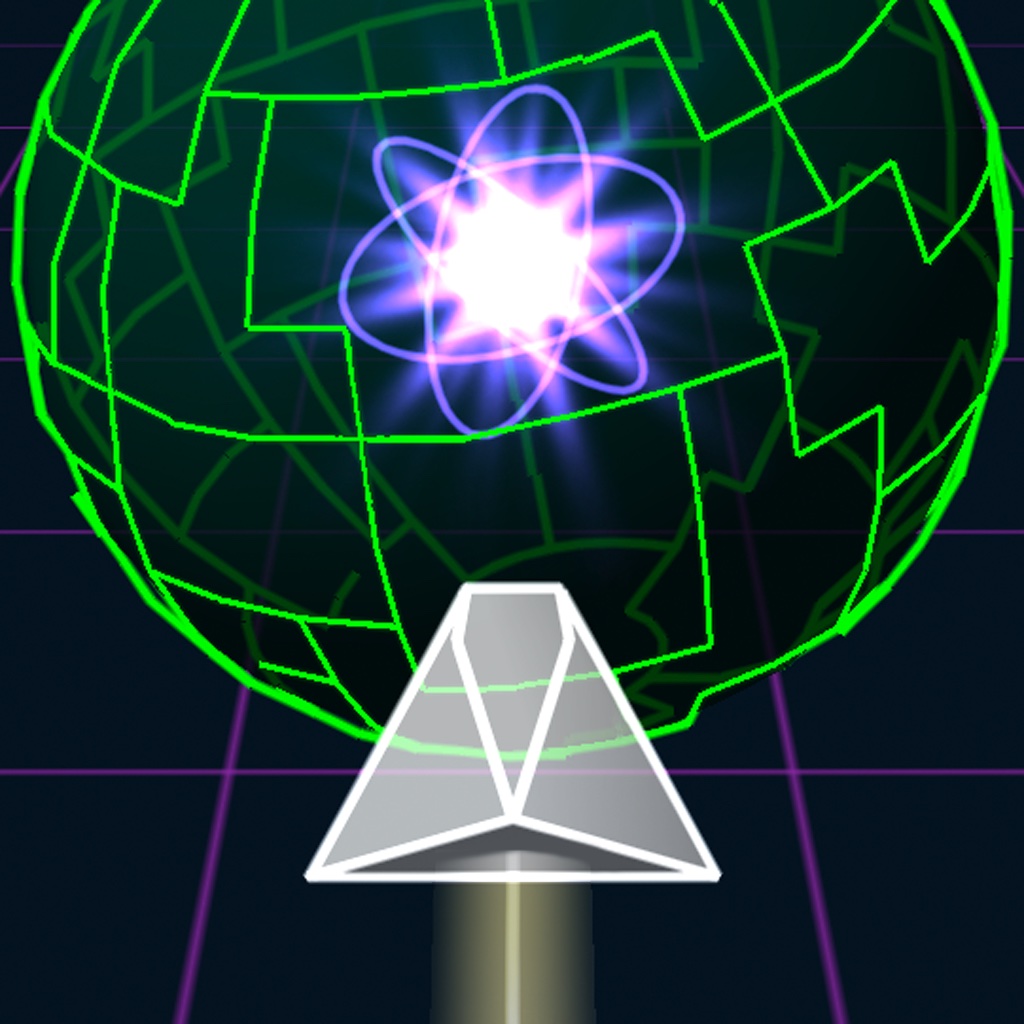 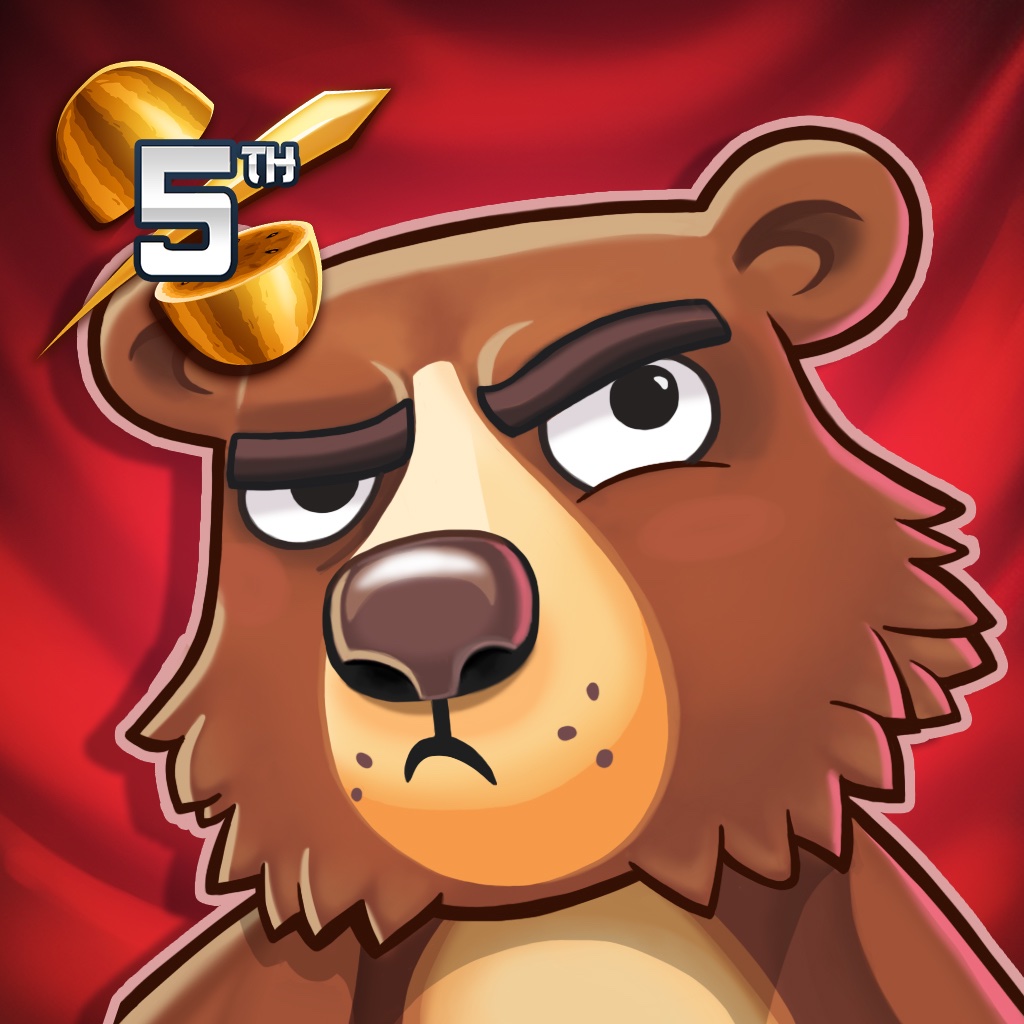 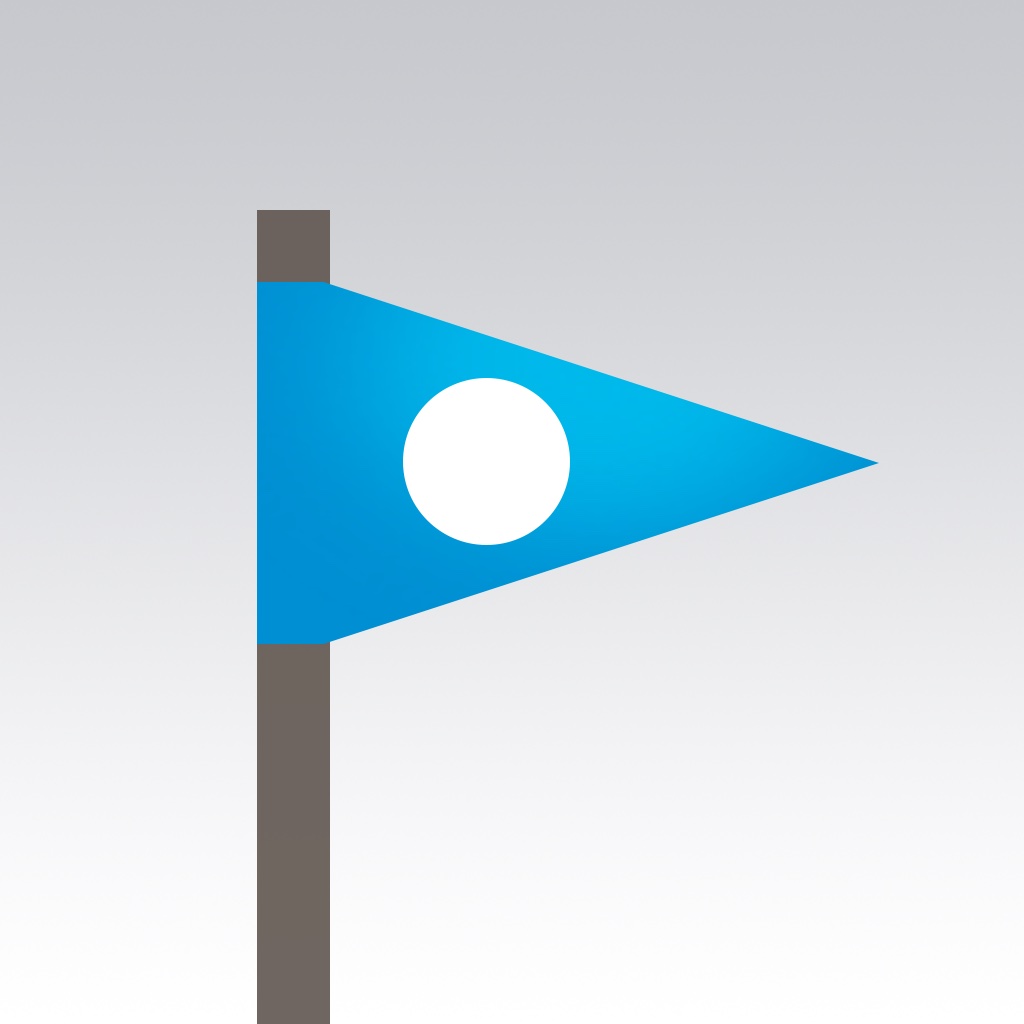 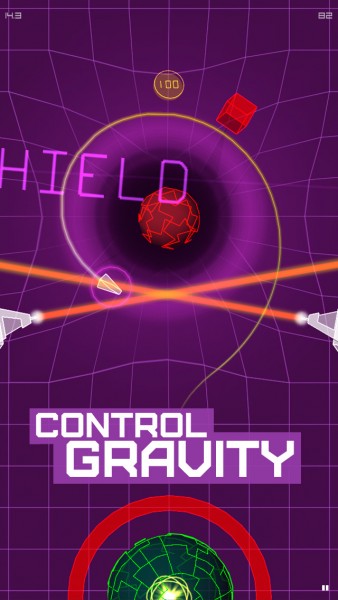 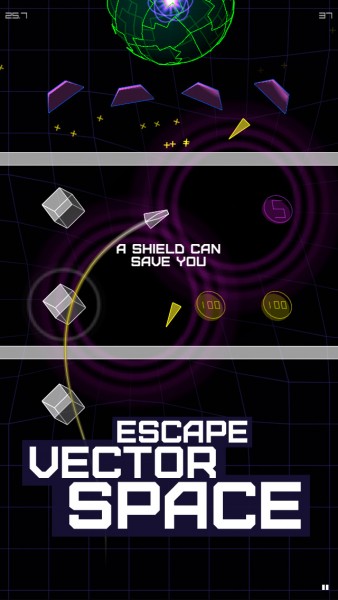 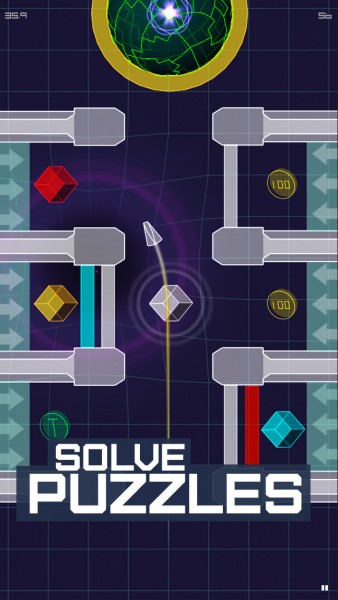 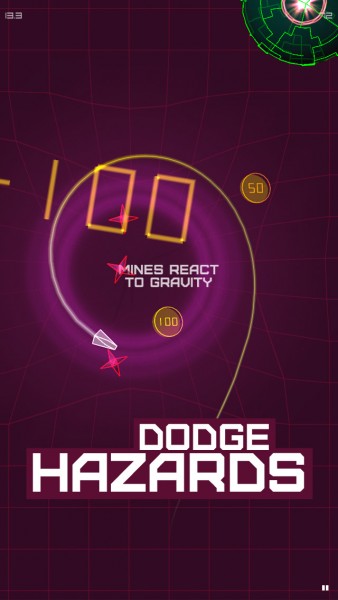 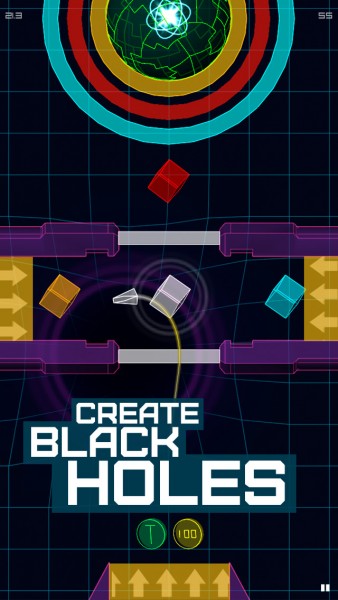