You are using an outdated browser. Please upgrade your browser to improve your experience.
by Christine Chan
March 22, 2016 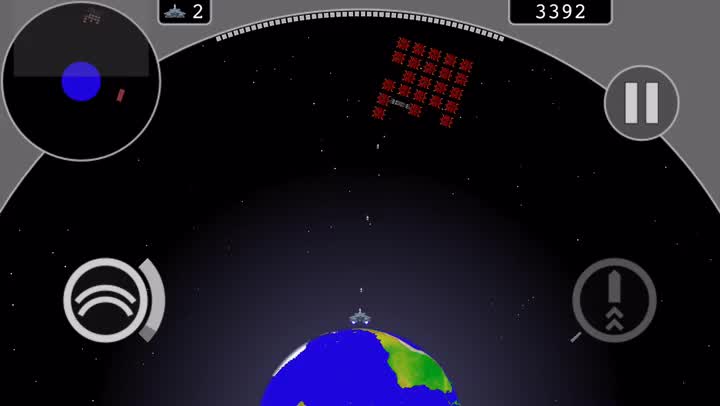 In the recently released @mos ($1.99) by Synaptic Gaps, you’ll be greeted with a unique, 360-degree radial version of Space Invaders. If you’re the type of person who just loves to sit back at arcades and shoot down those pesky alien invaders and want a new twist on classic gameplay, then @mos could be worth a look.

Since I was born in the ‘80s, I grew up with the classics in the arcade, such as Space Invaders and Galaga. I remember frequenting arcades on a regular basis while I was a kid, and I even had the opportunity to play video games on the various consoles that my parents bought for my older siblings, though I didn’t get to choose, of course. Still, I remember plenty of classics laying around and I always thoroughly enjoyed my time with them whenever the opportunity arose. Everyone has played Space Invaders, and it’s a definite favorite pastime for me as a kid. But now we are in modern times, where classics have plenty of chances for evolved gameplay. With @mos, we get just that with the Space Invaders formula. 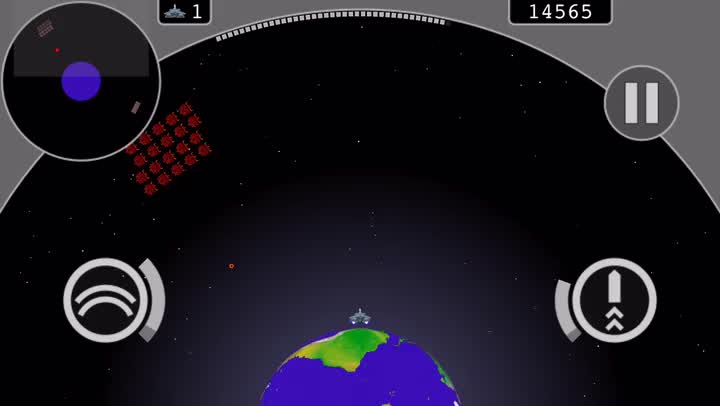 Visually speaking, though, @mos is not the most impressive looking game out on the market. While the style is trying to emulate the retro classic, it falls a bit short and feels bland to me, personally. It also looks incredibly simple, like it was whipped up in a few hours with basic drawing skills. The color palette is also fairly barebones, as it features black with white stars for space, various hues of red for the alien spaceships, and a bright, vivid Earth that is full of blue, green, and yellow, kind of like a radar map. Despite the lackluster graphics, the animations in the game are pretty smooth and fluid, and the music and sound effects are decent enough for what it is. The old-school serif typeface used for your score tops off the vintage feel, as well as the spinning dials when you select your initials for high scores.

There’s only one game mode in @mos, with the goal of getting as high of a score as you possibly can. The game only has the two types of enemies: regular peons that appear in clusters and waves, and bigger ships that deploy the peons and have laser beam attacks. You earn a different amount of points for each killed enemy, depending on how far away it was when you destroyed it. The dropped bombs from the peons can be destroyed as well, earning you some additional points (the farther away you destroy it, the more points you earn). Once you run out of lives, then the game ends and you can enter your initials for high scores if you ranked high enough.

The controls in @mos are simple and easy to understand, though there is no tutorial. In the bottom left is a button for activating your defending ship’s shield. This will protect you from attacks and hits from enemy aliens, but it also needs to recharge after each use, though it is pretty fast to do that. In the bottom right, you have the button to fire your laser. When the gauge is full, you will be able to rapid fire, but if it’s depleted, you’ll have to wait a moment for it to recharge, or just continue firing at the non-rapid rate. 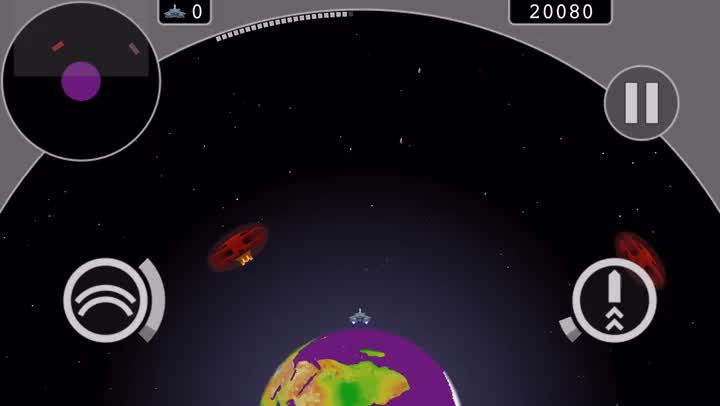 Since @mos is a 360-degree radial take on Space Invaders, your ship is capable of moving all around the planet Earth. However, the game does not have a joystick for moving clockwise or counter-clockwise, so how do you control your ship’s movement? Easy — just tilt your device. With the tilt controls, players are able to freely move around the planet while shooting and activating the shield when necessary to protect themselves. However, it did take me a moment to realize how to move, since the game doesn’t tell you anything.

Shockingly, @mos doesn’t come with Game Center support or any kind of leaderboards, aside from the local ones stored on your device. I’m a bit surprised at this since arcade games like this are perfect for global leaderboards. Perhaps the developer can consider adding that in the future.

I had been looking forward to @mos, but the game falls a bit short for me. The graphics have a vintage aesthetic, but I thought they were not great compared to what else is out there that has the same classic look and feel going on. The sound effects are nice, though, and the controls are intuitive though it would have been nice if the game pointed you in the right direction, since I lost the first game quickly since I didn’t know how to move. The game is also a bit repetitive since the enemies are the same each time you play, there is only one game mode and difficulty level, and there isn’t too much to look forward to after you play a few rounds. I think having online leaderboards would also improve the high-score-chaser experience that the game is going for.

In its current state, I can’t recommend @mos. Perhaps if the developer were to improve the game more with improvements, variety, and online leaderboards, then it would be something worth looking into if you’re a Space Invader fan. But at the moment, it’s a pass.

You can find @mos on the App Store as a universal app for your iPhone and iPad for $1.99. At least there are no in-app purchases. 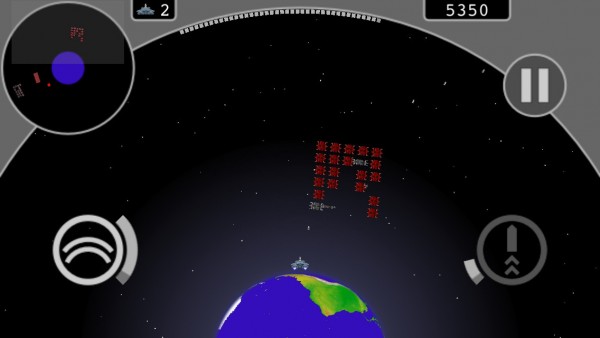 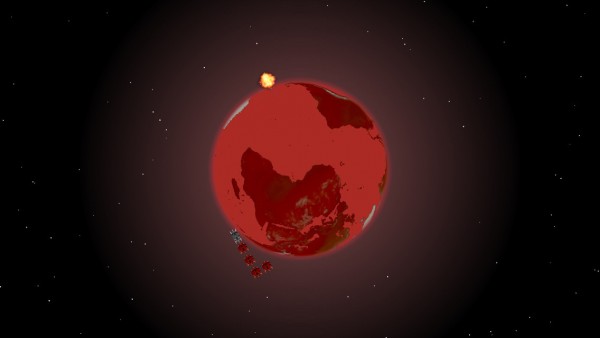 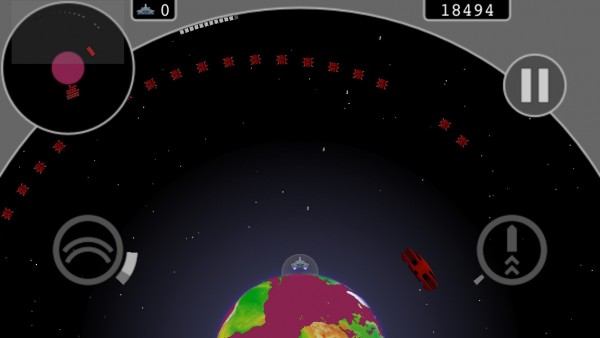 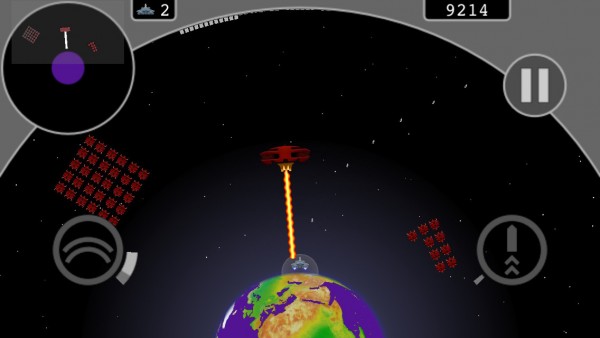 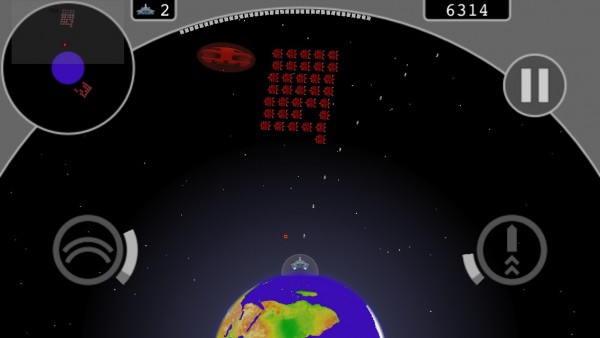