You are using an outdated browser. Please upgrade your browser to improve your experience.
by Christine Chan
July 27, 2016 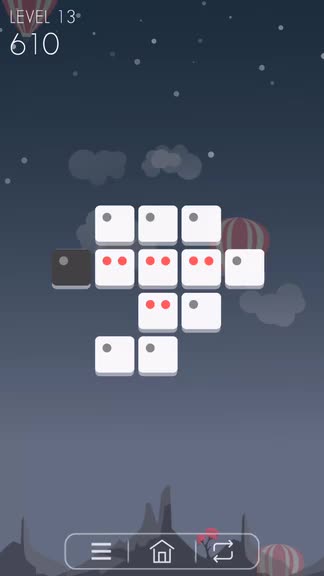 Blyss ($1.99) by Dropout Games is a new relaxing puzzler that has hit the market. If recent releases like Dots & Co, Quell Zen, and klocki weren’t enough to whet your appetite, then Blyss is a fine addition to any puzzle game collection. It’s truly a game that will give you some bliss.

I love games on any platform, but since I have my iPhone with me everywhere, I definitely prefer that to the other systems I have, simply out of convenience. Of course, mobile isn’t the best platform for some types of games, but I think it is one of the best for the puzzle genre (also one of my favorites), so naturally, I have a ton of puzzlers on my device that I keep around for those times when I have a few moments to spare. I managed to get a demo of Blyss while I was at GDC this year, and I walked away thoroughly impressed with it and eager to get my hands on the final release. It’s finally arrived on the App Store, and I couldn’t be happier. 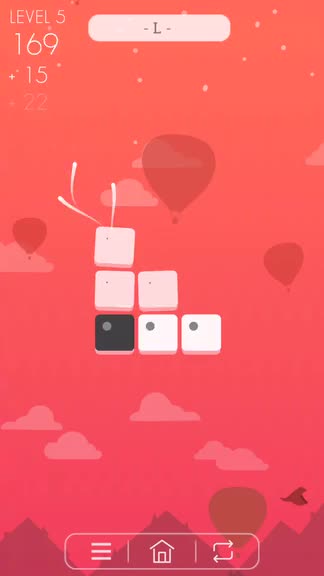 Blyss features a minimalistic aesthetic that is both beautiful and soothing. The game itself is done in 2-D, but it features 3—D blocks and sometimes an angled perspective, so it has the psuedo 3-D look and feel. The colors are rich and vibrant, depending on the theme that you use (need coins), but they’re all nice eye candy. Plus, the themes affect what you see in the backgrounds, which also feature subtle animations. Overall, the animations in Blyss are buttery smooth and fluid, with no lag or choppiness on my iPhone 6s Plus. On top of the nice visuals, Blyss has an ambient, atmospheric soundtrack that will melt your troubles away. Each theme has its own track, so you’d better save up those coins to unlock them all — it’s well worth it.

There are three modes in Blyss, though only one is available from the start: Endless Mode, Time Attack, and Playground. In order to unlock Time Attack and Playground, you will have to solve a certain number of puzzles first, though I found the amount required to be rather overwhelming (I believe over 300) — it’s entirely possible for one to lose interest in the game before unlocking the other two modes, so I hope that the developer can change that in a future update.

Endless Mode is just that — an endless stream of puzzles for you to solve. Time Attack involves racing against the clock, and Playground, well, I’m not sure what that one is just yet since I haven’t unlocked it. Each stage is also procedurally generated, so it will never be the same string of puzzles, and there are unlimited options. The main objective is simple enough: clear out all of the blips (dots) by connecting them in lines of three or four blocks. However, they can only be connected horizontally or vertically, never diagonally. So while it seems super easy at first, you’ll get puzzles that are increasingly more complex, like large grids of tiles with two or three sets of blips on them, so some thinking and strategy is involved. 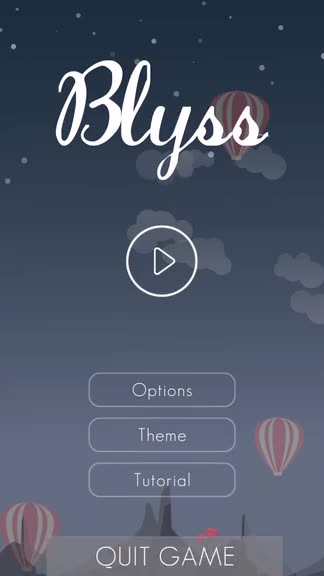 So how are the controls in Blyss? It’s incredibly intuitive and straightforward, and even possible to play with one hand if you can manage it. To connect the blips, just slide your finger or thumb over the tiles you want to connect, either horizontally or vertically only. Remember, to clear them out, they must be at least three blocks long, but no more than four blocks at most. If the tiles have more than one blip on them, then only one dot goes away after you make a match with them, but they’ll remain on the board until all blips are cleared out from the tile. If you make certain combinations of matches (a reference is in Options), then that means it’s a combo, which nets you more points. If there are single tiles left on the board, then that means you failed and that round is over, though you can spend coins to try again.

To keep things fresh and interesting, Blyss has some missions for players to strive for each time they play. These range from “complete 40 puzzles” to “get 10 combos” and the like. Completing these goals rewards you with more coins, so there is a good incentive to try and accomplish them.

If you consider yourself a perfectionist or are curious about your progress, the game does include stats and achievements, though they’re hidden away in the Options menu. It also includes a reference for the potential combos you can make, Game Center integration, and what your active challenges are, as well as various settings you can toggle.

I still have a ways to go in Blyss before I can get the Time Attack and Playground modes, but I am enjoying the Endless Mode a lot. The game has a simple gameplay mechanic that is much more challenging that it first appears, as you have to think about the connections you’re making so that you don’t leave tiles behind. Plus, the graphics are simple, clean, and gorgeous, the music for each theme is captivating and delightful, and there are zero in-app purchases for coins — they’re only earned, which is the way it should be. I just want to see a lower threshold requirement for unlocking Time Attack and Playground modes, because they seem a bit too high for most people at the moment, but this is just a suggestion.

I highly recommend grabbing Blyss if you’re a fan of puzzle games and need some zen this week. You can find Blyss on the App Store as a universal download for $1.99. There are no in-app purchases. 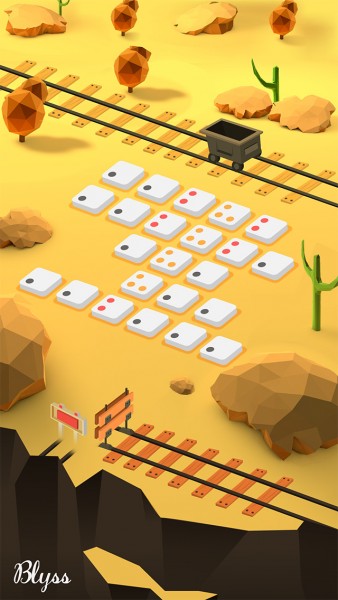 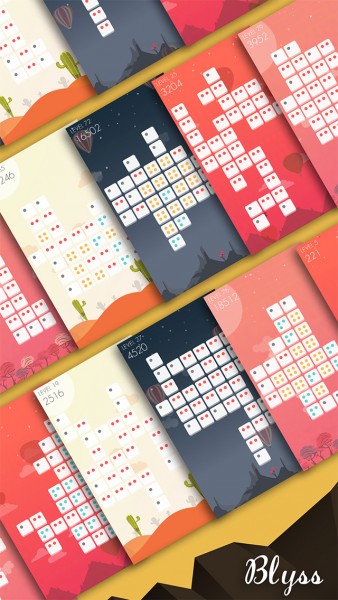 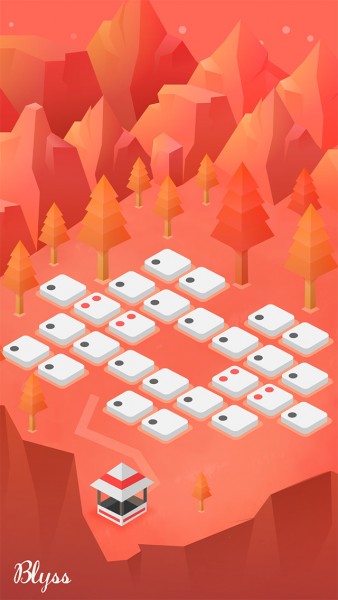 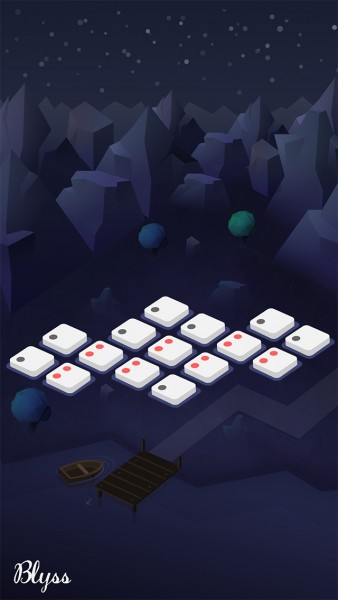 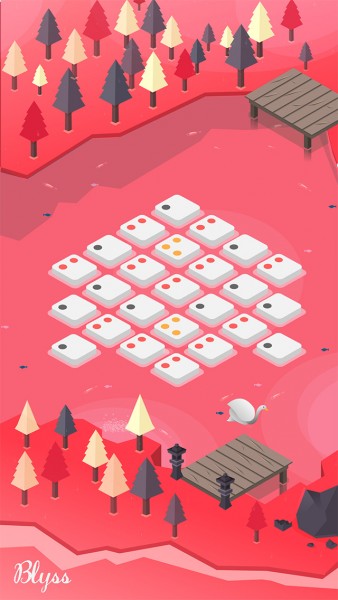