You are using an outdated browser. Please upgrade your browser to improve your experience.
by Christine Chan
September 29, 2016 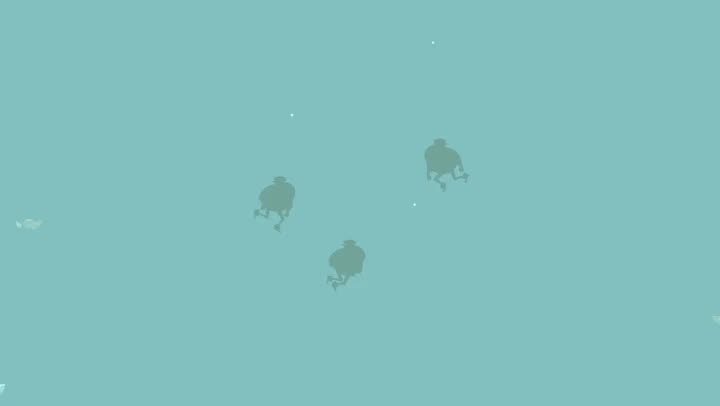 Burly Men at Sea ($4.99) by Brain&Brain is an adventure game that puts you in the shoes of a storyteller as well as a wayfinder. If you love titles that play more like experiences and stories rather than just another game, such as Monument Valley, then you will enjoy Burly Men at Sea.

I’ve been fairly busy these days, balancing a life of work and school and personal things, but I’ve been managing so far. Whenever I have some downtime, I like to sit down and play a game to ease my mind and even enjoy a good story. I know that some people like to unwind by reading a book, but I prefer to relax with a story that also lets me interact with it, perhaps affecting the outcome in some way (or not). When I first heard of Burly Men at Sea, I was intrigued because of the art and the story seemed interesting. Needless to say, I’m not disappointed now that the game is available to the masses. 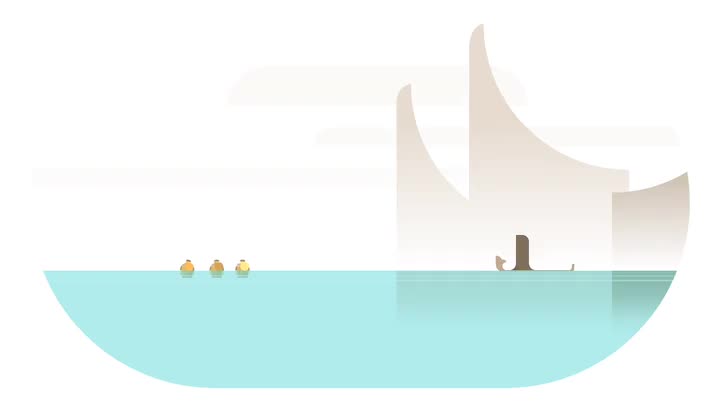 Visually, Burly Men at Sea features a minimalist aesthetic that will definitely appeal to anyone who likes simple but elegant graphics. I feel like the game runs on vector graphics, and the colors are a nice mix of soft pastels and more rich and vibrant hues. Since the game involves a bit of reading in order to reveal the story and dialogue, it makes use of an easy to read serif typeface that is legible against the colored backgrounds. Animations in Burly Men at Sea are smooth and fluid with no lag on my iPhone 7. The atmospheric soundtrack is rather ambient and soothing, which sets the perfect mood for telling a folklore tale that is set in early 20th-century Scandinavia. Overall, I would say that Brain&Brain knocked it out of the park with Burly Men at Sea in terms of the visual and audio department, which is amazing considering that Brain&Brain is a studio consisting of just a husband and wife. They also have another title, Doggins, that is worth checking out as well.

Since Burly Men at Sea is a point-and-click adventure game, there are no levels and you’ll go through the story from start-to-finish. The game does bring you back to where you last left off if you need to take a break, so you can safely leave the game without worrying. Even though you can just sit down and go through the entire game in one sitting, there are multiple paths that you can take at certain points, which mean brand new adventures that will certainly be worth your time. As I mentioned, there is a lot of reading involved with this game, so get ready for that — at least you can tap on the screen to skip the animation of text showing up on the screen. 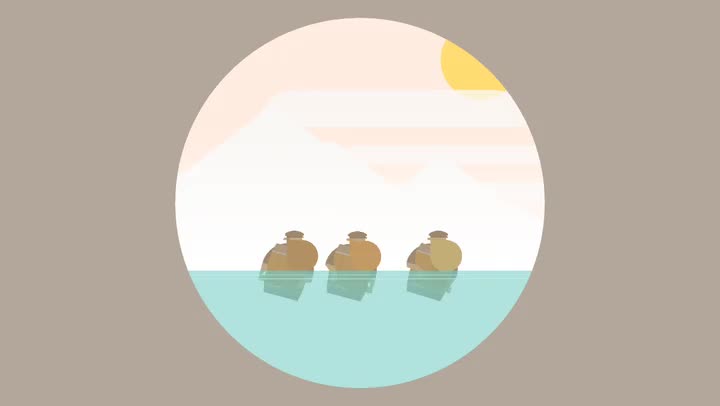 The controls in Burly Men at Sea are simple and intuitive, though it will take a bit of time to get used to since it’s a bit different from the norm. The game uses a unique, interactive vignette that you drag around in order to pan the camera and reveal settings and other characters around you. As you move the vignette around, the three bearded fisherman brothers will walk in that direction, and you can tap on other NPCs in order to talk to them. When a dialogue begins, the rest of the environment drops off and you get solid colored backgrounds with just the characters (and key objects) on them, which is a nice focal point. Text will show up, you read it, and you’ll uncover more of the story and get a general direction of what you need to do next, or even who to speak to.

I’ve just started Burly Men at Sea, but so far I’m loving it a lot. The visuals are gorgeous and emit a distinctive style among the world of minimalistic games, and the original soundtrack is just perfect. While there may not have many gameplay elements to it, I don’t care too much, because I feel like this is an immersive, interactive storybook and I’m hooked on the folklore tale. Each of the brothers has their own distinguishing appearance and personality, and there are definitely some interesting characters that you’re going to meet along the journey. To me, the game is like one of those gripping novels where you just can’t stop turning the pages, and you keep telling yourself “just one more chapter” before you’ve realized that you just finished the book.

I highly recommend giving Burly Men at Sea a try if you’re into engaging stories and folklore. Burly Men at Sea is available on the App Store as a universal download on your iPhone and iPad for just $4.99. 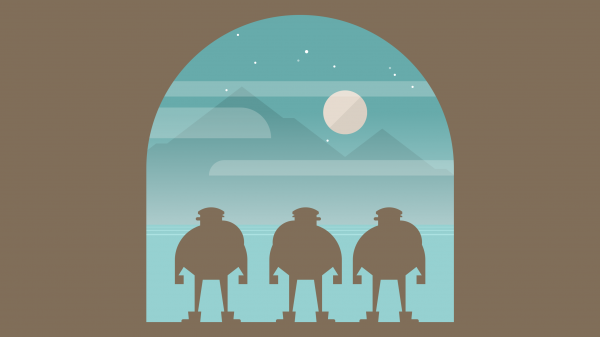 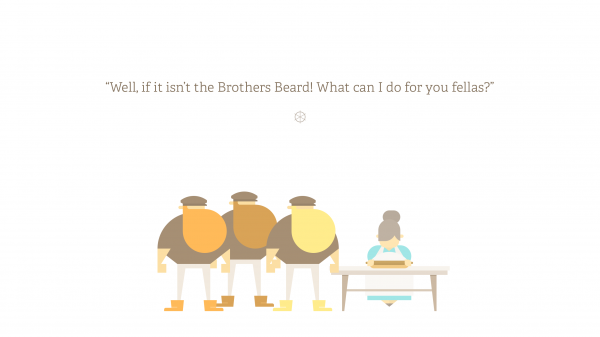 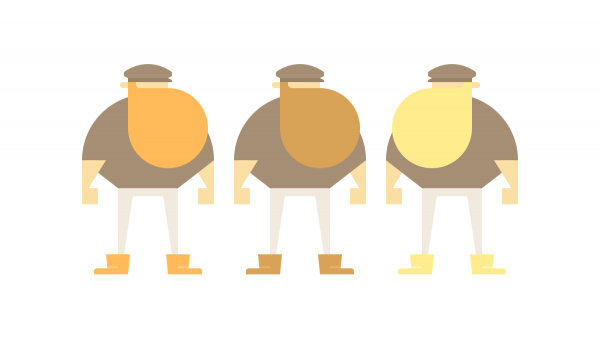 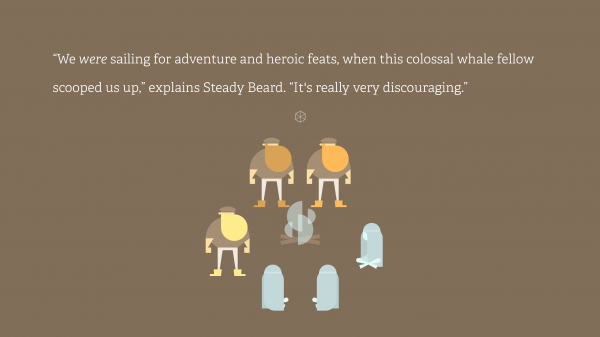 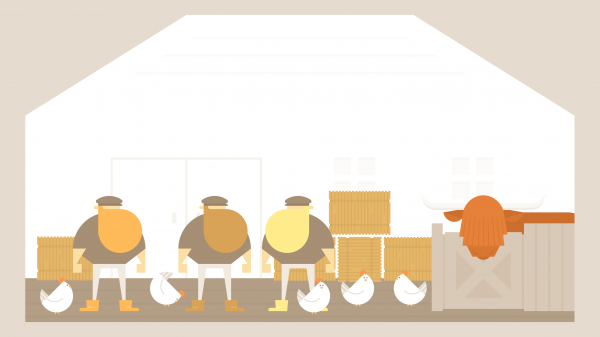 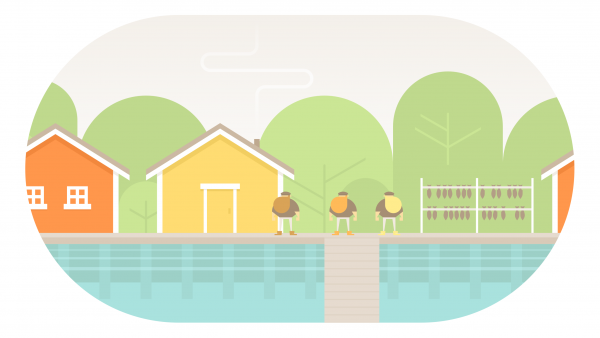