You are using an outdated browser. Please upgrade your browser to improve your experience.
by Christine Chan
May 25, 2016 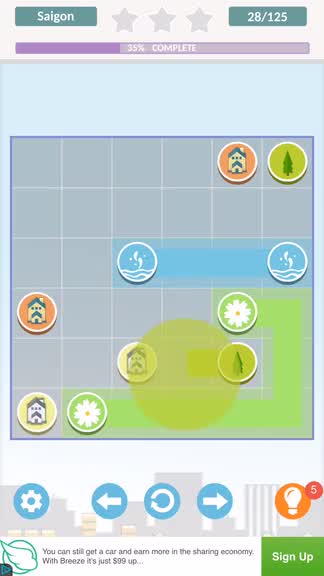 City Lines for puzzle lovers (Free) by Genix Lab is a cute new puzzle game that lets players visit various cities from all over the world just by connecting the dots. But don’t be fooled — things are trickier than they seem. If you’re a puzzle fan and enjoy seeing the world, then this is a nice combination of the two.

Traveling around the world is pretty much one of my biggest dreams, and I’m sure that it is the same for many others as well. However, let’s face it — not all of us are rich and can afford to travel around the globe as much as we’d like. Perhaps one day it will be possible, but in the meantime, we’ll just have to make do and see the world through the eyes of others. Or in this case, a puzzle game that lets you see some sights while also stimulating your mind! I’ve been waiting for City Lines for a few months now, but it has only recently arrived on the App Store. But for any puzzle fan, it has been worth the wait. 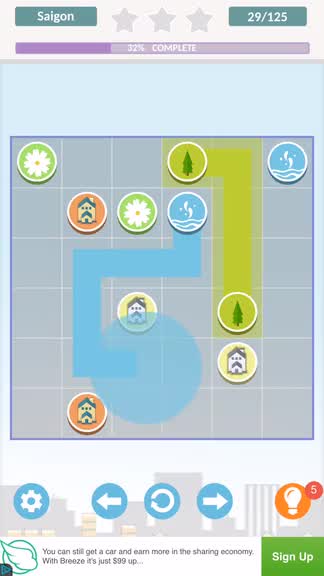 First off, I’m in love with the visual style of City Lines. The game sports a colorful, flat aesthetic that fits in well with the modern iOS looks, but it has enough shadow and depth to make the cities you paint in come alive. Not to mention the fact that all of the city elements have a bit of retro flair to them, which I find rather fitting for the game. The animations in City Lines is also gorgeous, as everything is fluid and smooth. As with other puzzle games, there’s a rather soothing soundtrack in the background that will definitely help you unwind and relax, and the sound effects when you connect the dots is rather whimsical.

In City Lines, there are two sections of levels available: Free Packs and Premium Packs. There is a total of six cities in the Free section, though the last two require you to reach a certain point in the previous pack to unlock. The Premium Packs section has five more cities that are higher in difficulty than what you start out with in the Free section, and they cost $0.99 a pop or you can get them all for $2.99. Since the game is initially free, you do get a decent amount of content for not paying anything, but there are some occasional ads. These can be removed with a $1.99 in-app purchase.

At some point through the free campaign, you will unlock Multiplayer Mode, though I’ve been having some connecting issues with it so far during my testing this morning. From the App Store screenshots though, it seems like you challenge other players through a series of rounds and whoever ends up with the most points (less moves are better) wins. There is even a spinning wheel that determines what challenge awaits your opponent, so each game will be different. 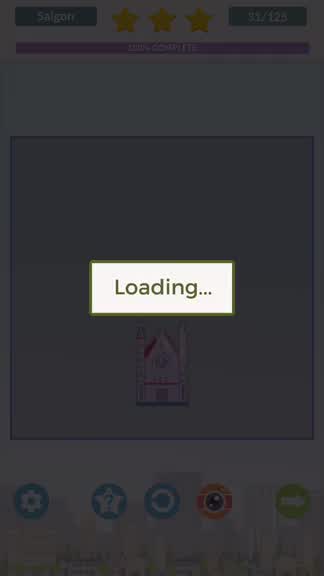 The gameplay of City Lines itself is rather interesting. Depending on the pack and level that you’re doing, the square grids will range from 5×5 all the way up to 10×10. There will also be bridges involved on some levels, which mean that two paths can occupy one square (one on top and another underneath) so it adds another layer to the game. Each level’s grid will feature different emblems, but there are always two of each. Your goal is to connect these emblems to each other until the entire grid is filled up with colored lines that match each dot. When everything is filled in, the city comes to life with homes, buildings, people, nature, and water. You’ll even get to see some familiar landmarks depending on the level pack that you’re working on.

While City Lines starts out easy enough with the 5×5 levels in the Saigon pack, the difficulty ramps up once you get into the larger grids. Things end up not being so straightforward, as there are more dots to connect and larger grids to fill. You’ll have to think about the paths you draw carefully since every square needs to be filled before the level is complete. Up to three stars can be earned on each stage too, depending on the number of moves you make, so less is better. The paths can overlap as you draw them, though the current one will just replace the previous one, causing you to use another move to fix it, so be careful.

If you ever get stuck on a puzzle, the game gives you five free hints to start with. But once those are used up, you’ll need to purchase more through in-app purchases. But I’d recommend holding off on using up your hints, especially in earlier levels, because a lot of them can be solved just by trial-and-error.

As a big puzzle game fan, I’m enjoying my time with City Lines so far. The visuals in the game look stunning, and the music is soothing. It takes a simple game concept and ramps it up at a gradual pace so it is not overwhelming, and it is pretty challenging overall. But watching a city come to life with familiar landmarks at the end makes everything worth it. I just want to see better connectivity for the multiplayer aspect, as I was unable to test that out from multiple connection errors today (through both Wi-Fi and cellular data).

I highly recommend checking out City Lines if you have not done so already. It’s an endearing puzzle game that will appeal to all fans of the genre. You can find City Lines on the App Store as a universal download for free with in-app purchases. 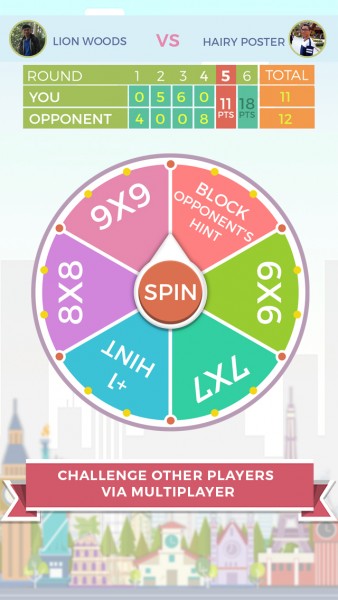 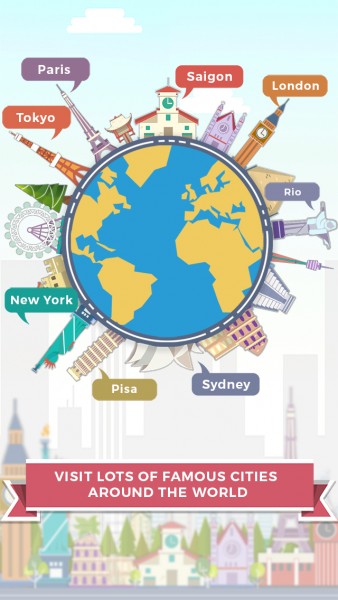 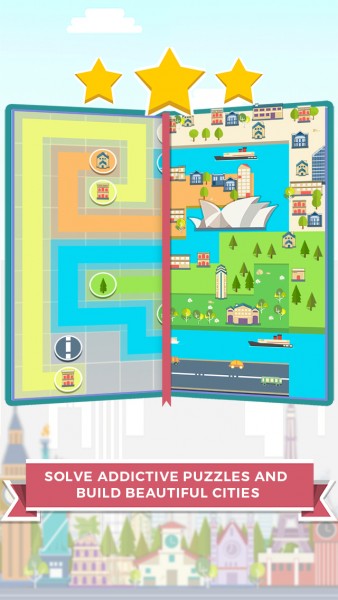