You are using an outdated browser. Please upgrade your browser to improve your experience.
by Ramy Khuffash
January 20, 2013 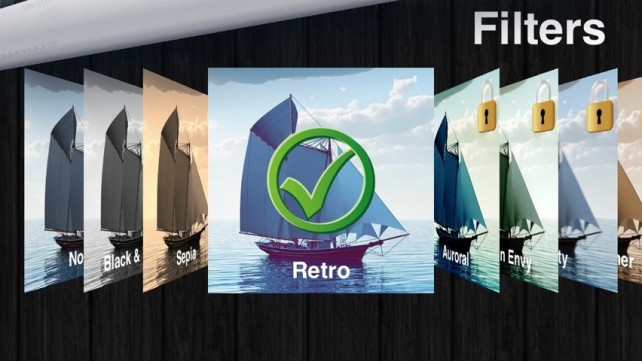 Instead of playing through a boring slide show, Picmatic displays your photos in a collage. It also functions as a clock or can be used to play ambient background music.

Instead of having your iPhone or iPad face down on a table, silently doing nothing at all, you could have it displaying all of your favorite memories in beautiful collages. 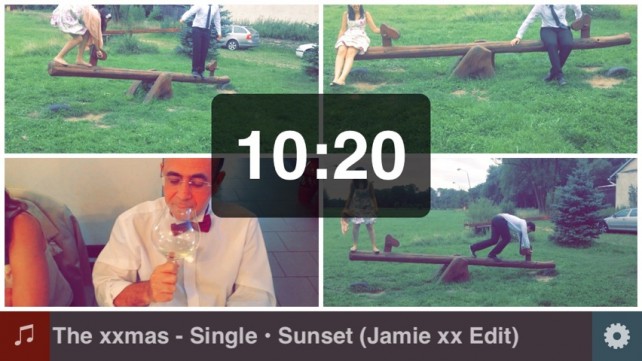 You can decide on the layout of your collage, add filters, change the size of the clock, pick specific photo albums to display from, and decide on your background music.

The ability to specify which photo albums you want use is essential, as you might not want all of your photos showing up, especially if you leave Picmatic running where everyone can see it. You can even create a specific album for Picmatic, so only your favorite photos appear.

The collages that are displayed aren’t static, they are more like collages of slide shows. This means they get through your photos quickly, so if you haven’t got many, you’ll end up seeing the same ones quite frequently.

You can use Picmatic with or without background music. The music gesture controls mean you don’t have to keep jumping in and out of menus. If a song comes on that you don’t like anymore, you can skip it by swiping to the left. You can also use gesture controls to repeat a song you like, turn the volume up or down, and pause.

As with most digital photo frame apps, Picmatic is better on an iPad than on an iPhone. This is mainly because you’re more likely to have a stand for your iPad and you can see more of your photos on the larger screens. It still manages to work well on an iPhone though.

You can save still images of your collages from within the app, but other apps are better for creating, saving, and sharing collages. 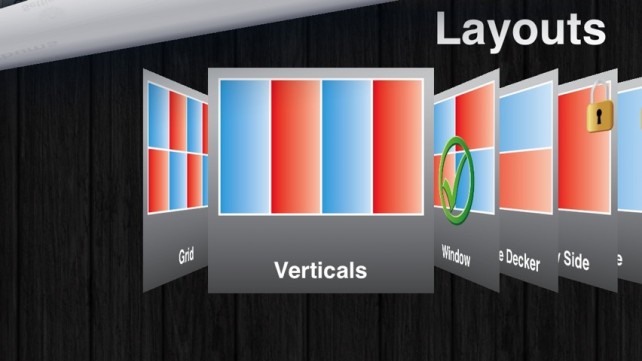 I enjoyed having this app running in the background more than I expected to, but leaving it on while trying to be productive isn’t a good idea. When an interesting photo appears, it’s hard not to get distracted.

Whether you use any of your iOS devices as photo frames or not, I recommend downloading Picmatic and giving it a go.

If you like the idea of using your iPad to display background entertainment, but don’t want to use your photos, take a look at these virtual pond and aquarium apps!

You can get Picmatic for both the iPad and iPhone free in the App Store. 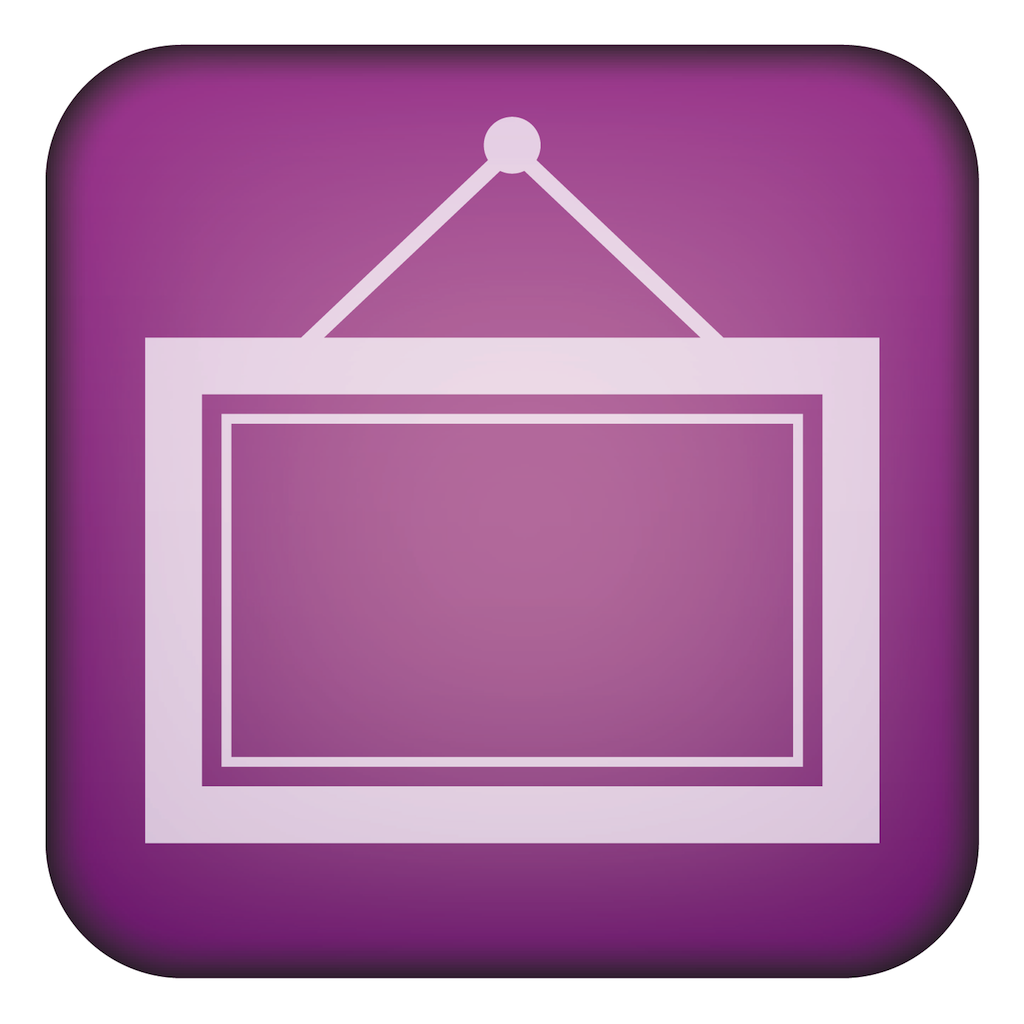 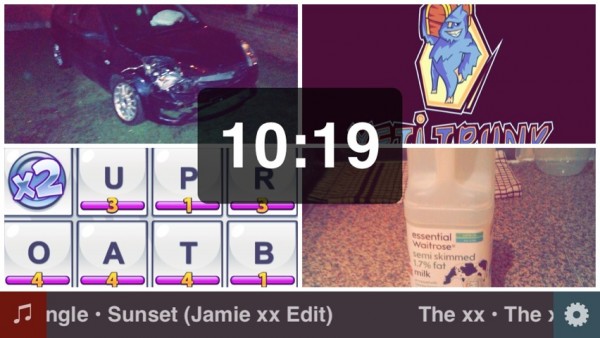 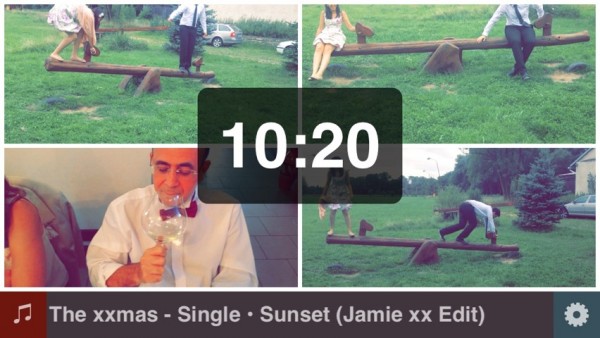 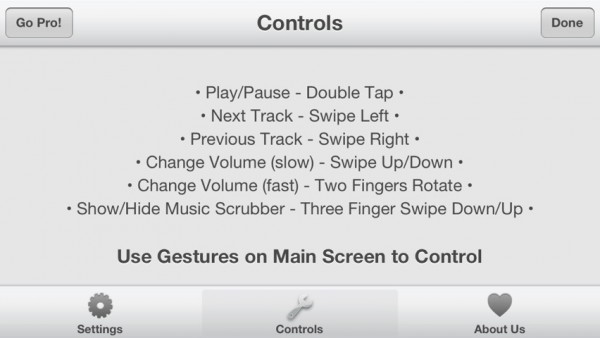 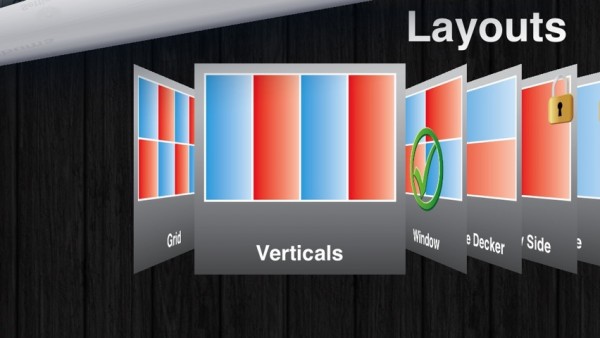 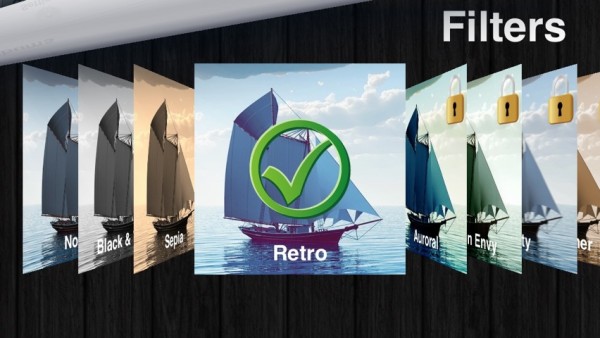