You are using an outdated browser. Please upgrade your browser to improve your experience.
by Lory Gil
December 17, 2012 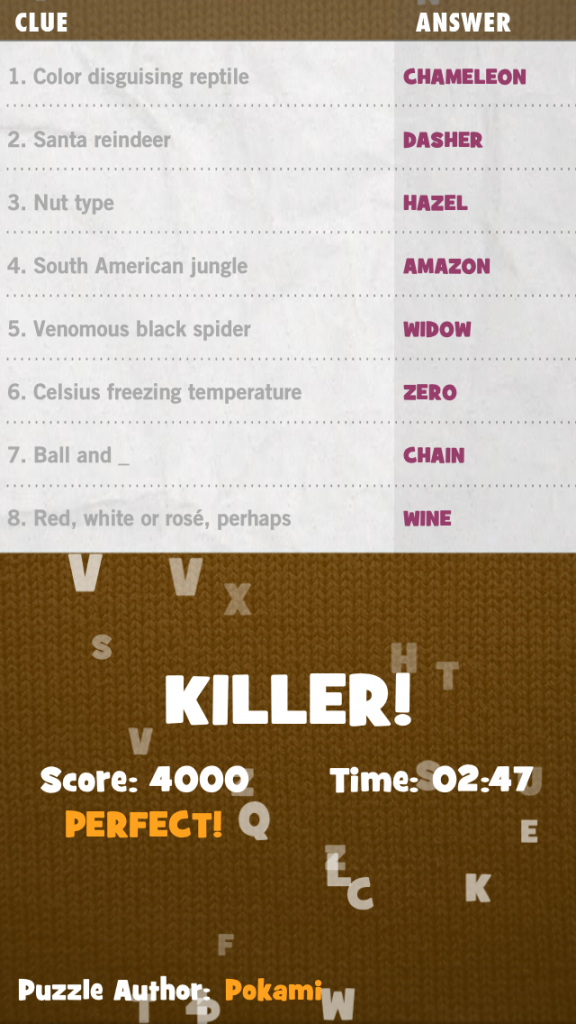 Clue Word ($0.99) by Pokami is a lot like a crossword puzzle, only without the grid and with the added element of only being able to use a certain number of letters per game. Don’t let the traditional crossword keep you down. Free yourself of the tyranny of the grid. 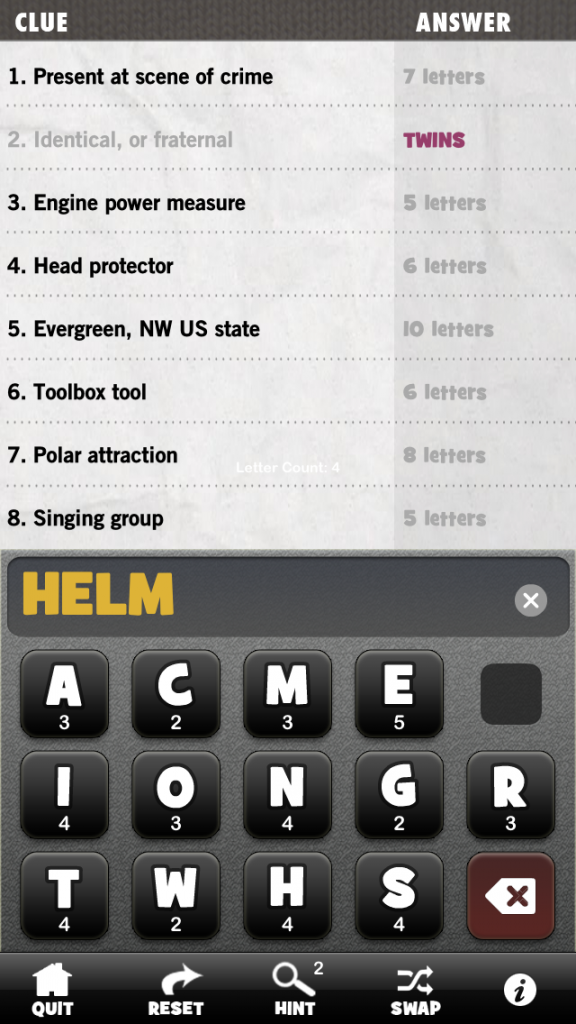 Players are given eight clues and a set of letters with numbers associated to them. The number represents how many times a letter is used for all eight words. For example, the set of numbers might have six “Rs” and two “Ds.” That means that for all eight words, the letter R will be used six times and the letter D will only be used twice.

To guess a word, just start typing. It doesn’t matter which order. The app will automatically detect a correct word and place it where it belongs. As the letters get used up, they will disappear from the screen.

As the letters disappear, the puzzles get easier to solve. If you’ve answered seven questions but can’t quite get the last one, the remaining letters can help you. For example, if the clue is “Coffee” the remaining letters, “u, c, p, i, n, a, and o” will help you realize that the answer is “cappuccino.”

Once you’ve played the first few levels, you’ll unlock a puzzle editor where you can create your own word puzzles by coming up with clues and words for others to try to solve. If you have a particularly good one, you can submit it to the developers and they may use it in an upcoming update. 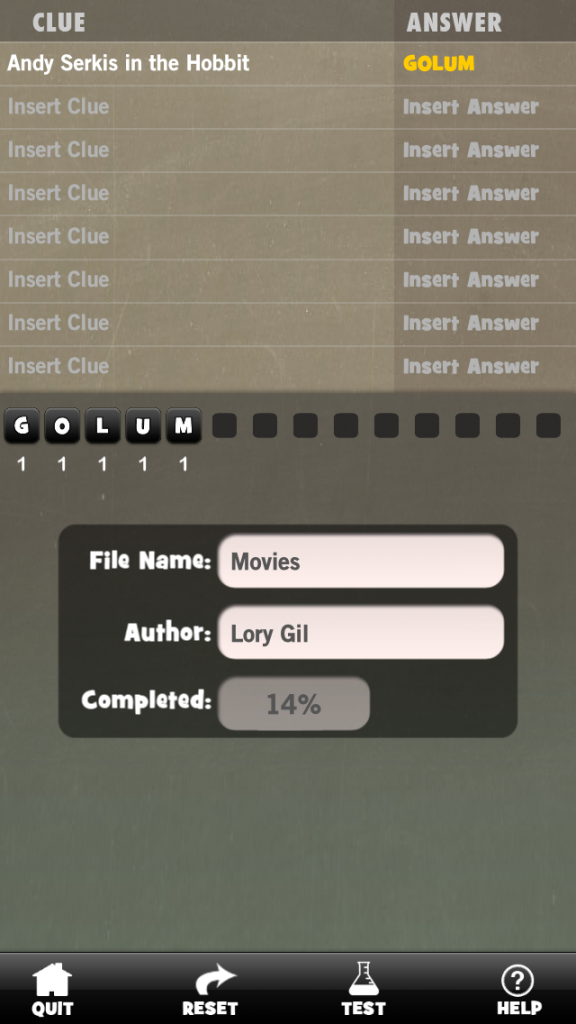 This game has a few bugs to work out. For example, when creating my own word puzzle, I was unable to input the word to be solved. I’d add a word, like “Banana” and when I’d move on to the next word, it would just disappear. I eventually gave up trying to create my own puzzle because it became too frustrating. I played this game on my iPhone 5 running iOS 6.0.1.

Other than the issue with using the puzzle editor, this is an entertaining app. The game is not challenging, so don’t expect to be putting your brain into overdrive, but if you are looking for a casual puzzle game that you can play while waiting for the bus, then Clue Word is just right. 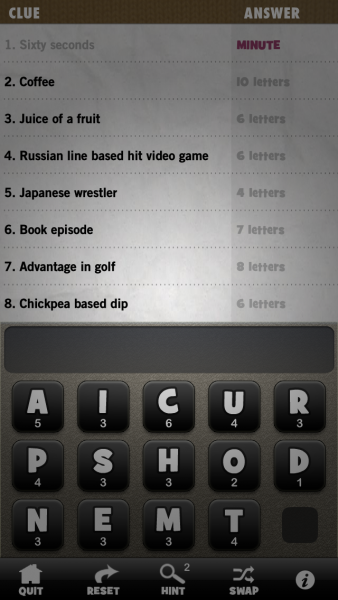 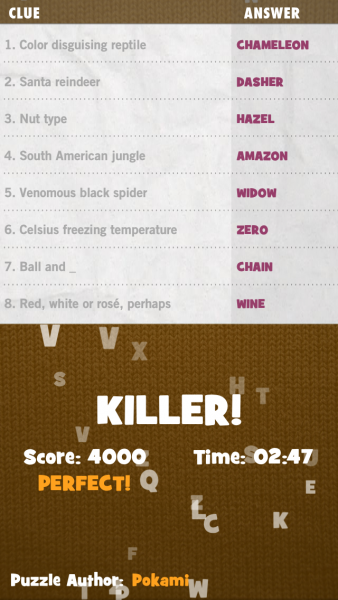 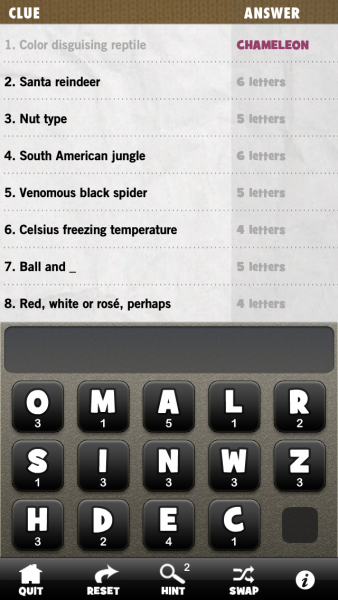 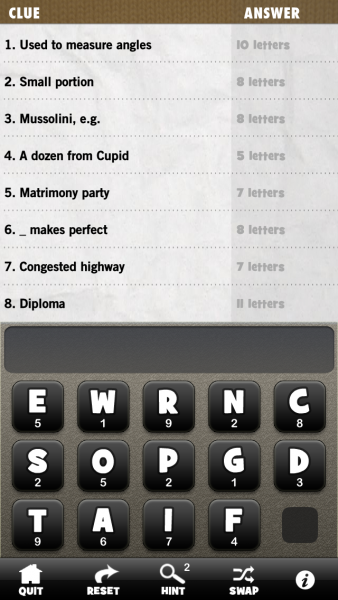 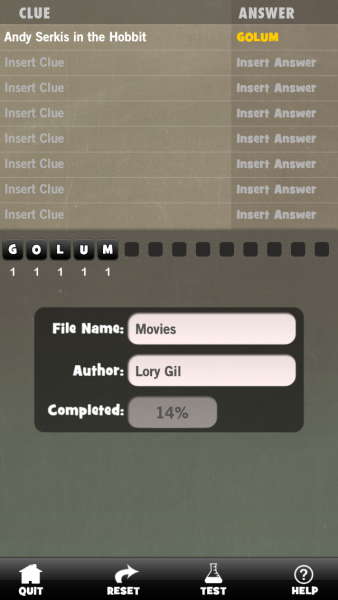 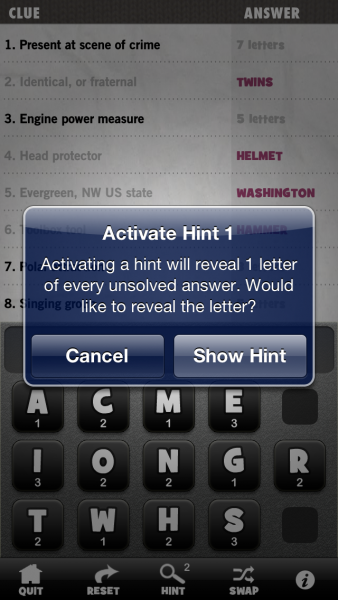 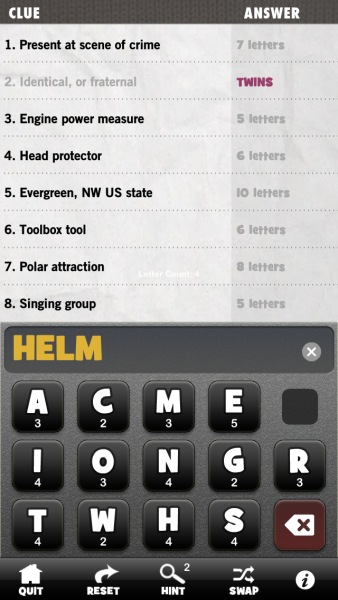 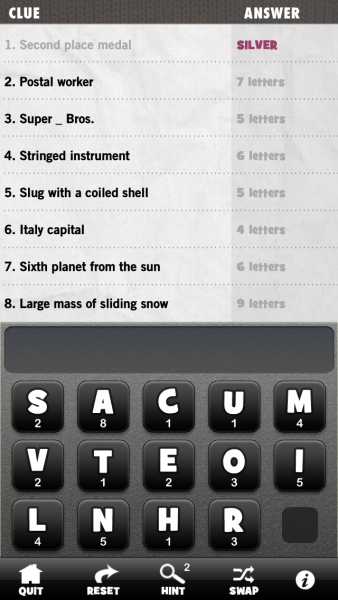 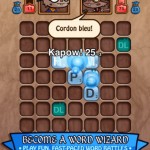 Spellwood Brings A Magical Twist To The Word Game 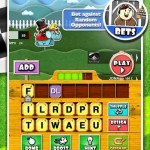 Have Fun While Horsing Around With Your Vocabulary In Word Derby
Nothing found :(
Try something else