You are using an outdated browser. Please upgrade your browser to improve your experience.
by Christine Chan
December 22, 2015 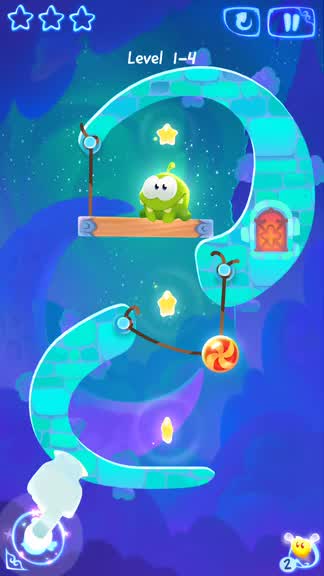 Cut the Rope: Magic ($0.99) by ZeptoLab UK Limited is the latest installment of the ever-so-popular Cut the Rope franchise. If you were a fan of the previous games, or just love a cute physics-based puzzle, then Magic is a must-have for your collection. Plus, who can resist the adorable Om Nom?

Several years ago, physics-based puzzle games were pretty much all the rage, with titles like Angry Birds dominating the market. While I played some Angry Birds, it definitely was not my favorite game ever, so it was pretty refreshing when ZeptoLab released the original Cut the Rope game around that time. I spent hours on the original game after it came out, and enjoyed the many different spinoff versions before they officially released the sequel in 2013. Naturally, when I saw that Cut the Rope: Magic was coming out, I had to check it out for myself because come on — it’s more Om Nom! 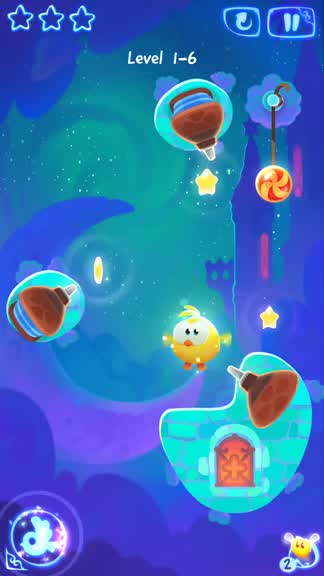 Visually, Cut the Rope: Magic is just like its predecessors with the cute cartoonish art style that we’ve all grown accustomed to at this point. However, I feel that Magic has even more polish to it, as it is a freshly released game and the “magic” means plenty of enchanting new stages and particle effects. The colors are as bright and vibrant as ever, and the gorgeous backdrops really help make the game pop. All animations are buttery smooth with no lag on my iPhone 6s Plus, and the whimsical music is rather charming and delightful. And as always, the sound effects are fun finishing touch. If you’re a fan of ZeptoLab’s style, then you won’t be disappointed in Magic.

With Magic, Om Nom has to deal with the fact that an evil spider wizard has stolen all of his precious candies and locked them away in a book of spells. Since Om Nom won’t have any of that, he needs your help to get back what is rightfully his. Players will help Om Nom go through the spell book stages one-by-one, earning up to three stars on each. The objective, like all of the other Cut the Rope games, is to guide the candy to Om Nom’s mouth, but there’s a new addition to Magic: Om Nom has gained the ability to shapeshift into five different forms (bird, baby, mouse, fish, and spirit), and this powerful skill can be used to help get to the candy. There are also stars scattered around on the stage for you to collect, making things challenging if you are a perfectionist. A certain number of stars are needed to earn free gifts, which are usually gems or more hints.

Controls in Cut the Rope: Magic are simple and intuitive. Plus, if you’ve played any of the previous versions, you’ll be familiar with how everything works already. The piece of candy is usually attached to a rope, though sometimes it will be floating in some magic dust this iteration. To guide the candy to Om Nom, you’ll have to use your finger to cut the ropes in the correct order for it to successfully reach him, otherwise you’ll have to restart. There are also other objects that you’ll need to use to help guide the candy or Om Nom as well, such as air blowers and magical pixie dust paths. To activate Om Nom’s shapeshifting ability, just tap on the button in the bottom left corner. The five forms that are available depend on the chapter that you’re in, and they allow him to do things like fly, squeeze through small spaces, dive deep, sniff his way to the candy, and even grants invincibility. You’ll have to master these abilities if you want to outsmart the evil wizard on boss stages. 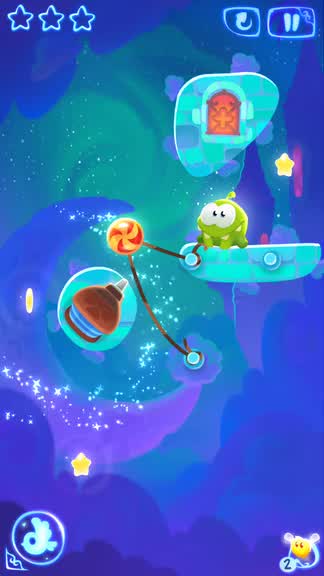 If you ever get stumped on a stage, you can make use of the fireflies for a hint by tapping on the button in the bottom right corner. While the initial download gives you a few of them to start with, more will have to be bought through in-app purchases if you run out. There are also magic crystals that serve as the game’s premium currency as well, much to my dismay since this is a paid game to start with.

I’m still pretty early on in the game, but so far I am enjoying it a lot. The graphics in Magic are definitely a step up from previous releases, and it adds even more charm to an already solid franchise. The new game mechanics are interesting and spice things up more so than other spinoffs, and the difficulty level is fairly gradual, so it’s not a sudden spike that you must overcome.

However, I’m a bit disappointed with the fact that the game is a paid download, yet the developers still opted for the pay-to-win model. I prefer the old method, where the game was a dollar or two, and then that was it — no hints, no premium currencies, and no in-app purchases. To beat the game, you would have to use your skill to do it. I also don’t like the fact that the game tries to force you to use a hint when you have to restart a level several times — I would much rather keep trying on my own before I use up a precious hint, especially since those are a limited resource before you have to pony up for more.

I still recommend giving Cut the Rope: Magic a try, but beware of the underhanded tactics that the developers have gone through to try and get even more money from you. If you’re forced to use a hint, just force quit and restart — that’s what I did.

Cut the Rope: Magic can be found on the App Store as a universal download for your iPhone and iPad for just $0.99. There are in-app purchases for more hints and premium currency. 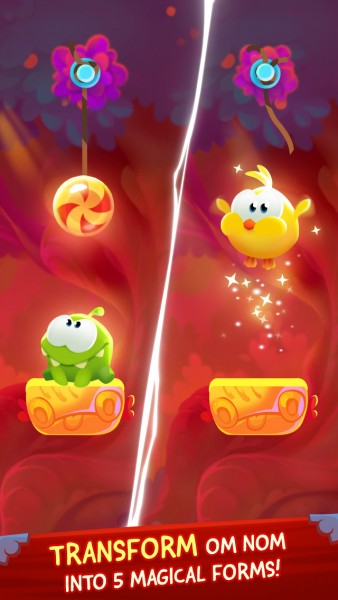 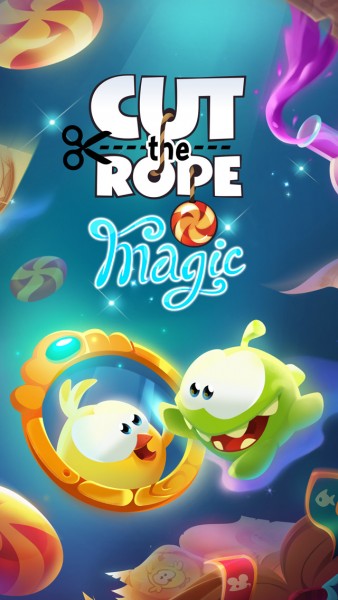 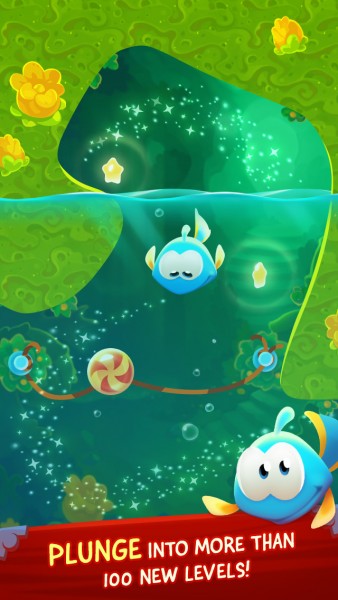 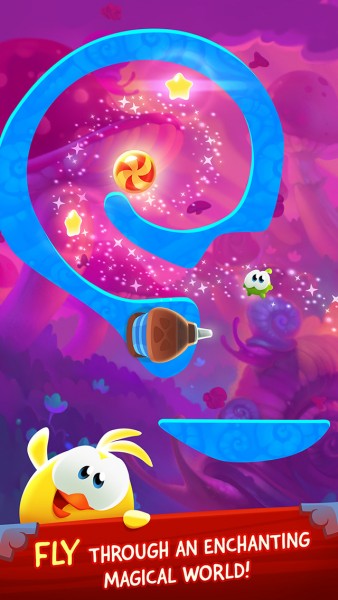 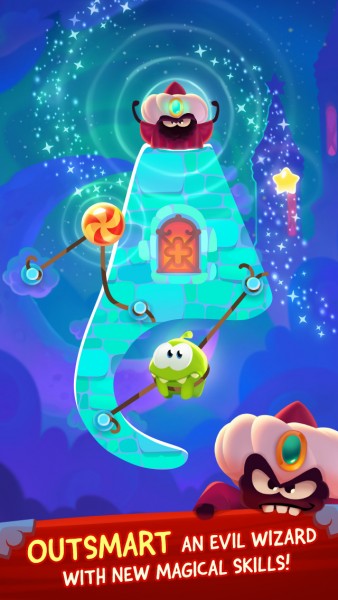 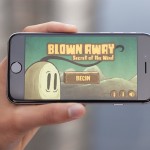 Get your beloved home back in Blown Away: Secret of the Wind 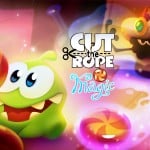 Abracadabra! Om Nom is back in Cut the Rope: Magic, out now on iOS
Nothing found :(
Try something else