You are using an outdated browser. Please upgrade your browser to improve your experience.
by Ramy Khuffash
January 11, 2013 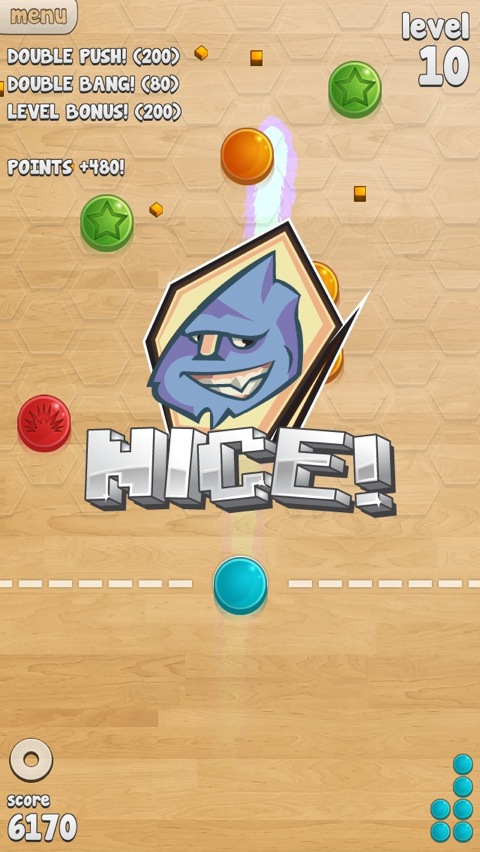 Puckbang (Free) by Yeti Trunk is an exciting action game where the goal is to use your pucks to destroy other pucks. You have to smash as many pucks as possible by firing your pucks into them.

Because I’ve used the word “pucks” four times already, you’re probably expecting me to compare this to hockey, but the gameplay is actually more similar to pool or snooker.

If you enjoy some of the hundreds of pool games in the App Store like RealPool 3D or Pro Pool 2012, but want something a bit different, Puckbang might be exactly what you’re looking for. 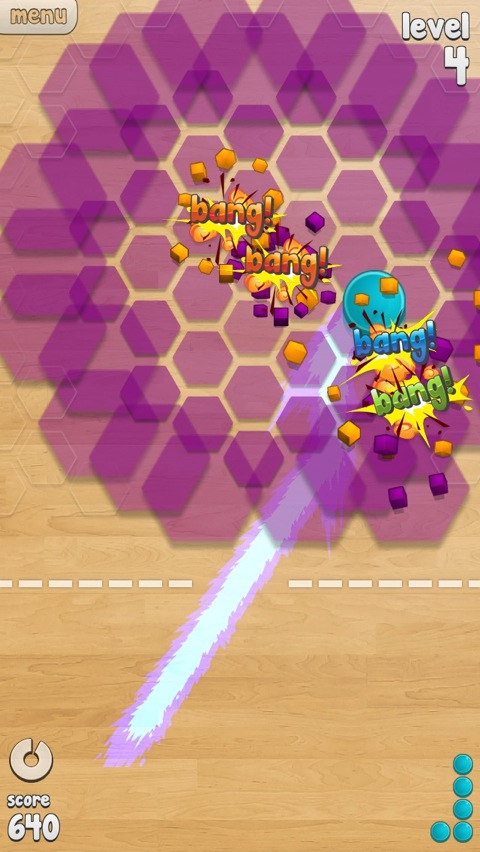 As soon as you start with Puckbang, you’ll understand exactly how everything works. Its simplicity makes it ideal for kids as there’s very little to learn before getting to the action.

That doesn’t mean it isn’t challenging enough for the rest of us though, as there are a few things that keep it interesting.

Each level comes with a time limit and a finite number of pucks to use. There are also different colored pucks that react differently when hit.

To make each shot count, you need to analyze the level and figure out the best direction to fire your puck.

The pucks bounce off each other too, so you can destroy more than one with each attempt. Clearing a full level with a single shot is quite satisfying.

The early levels are so easy, you could probably get though them by randomly firing pucks anywhere. Eventually, the levels get hard enough to demand your full efforts. 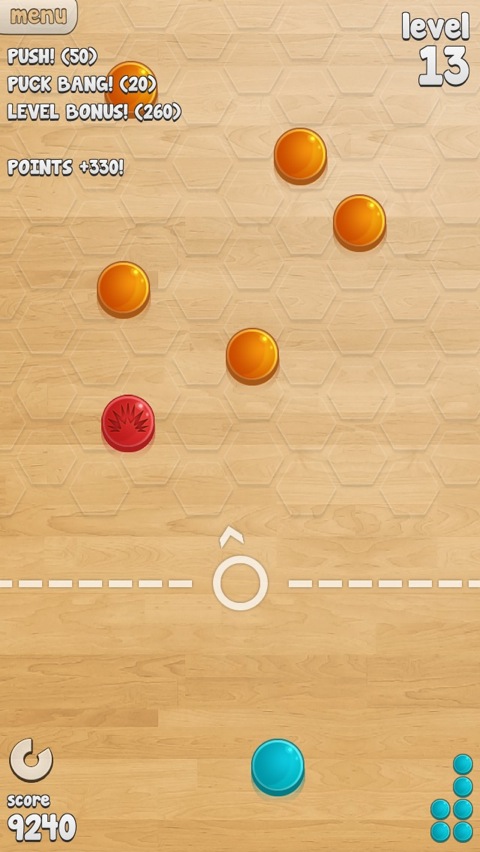 You could literally have an unlimited amount of fun with Puckbang, because you never run out of levels. You simply have to try get through as many as possible in one try without running out of pucks or time. The levels are all random, so even when you have to start again, the early ones will have changed.

Even with the pressure of the timer, the various explosive pucks, and the unlimited supply of random levels, this does start to feel repetitive after a while.

I still think it’s worth downloading though, as it provides a decent amount of fast paced fun.

You can get Puckbang for both the iPhone and iPad free in the App Store. 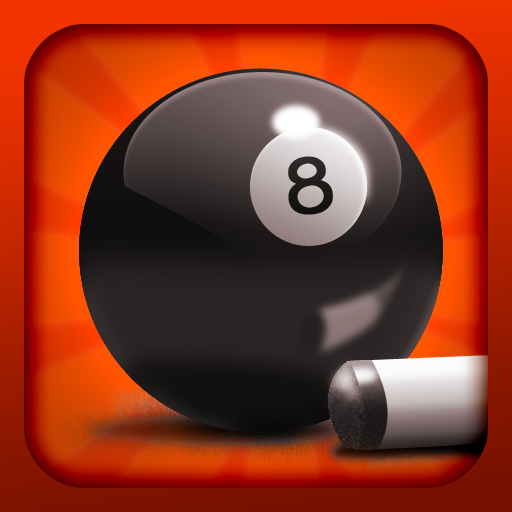 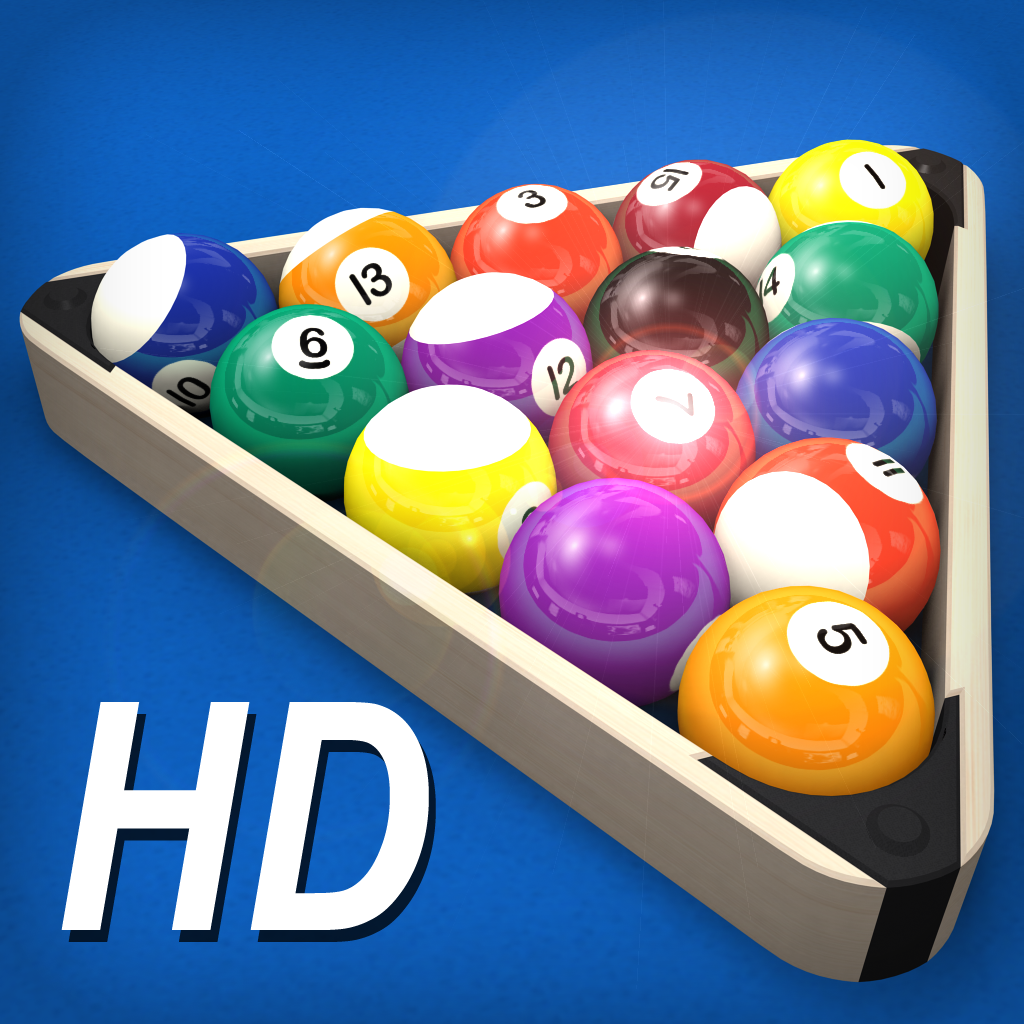 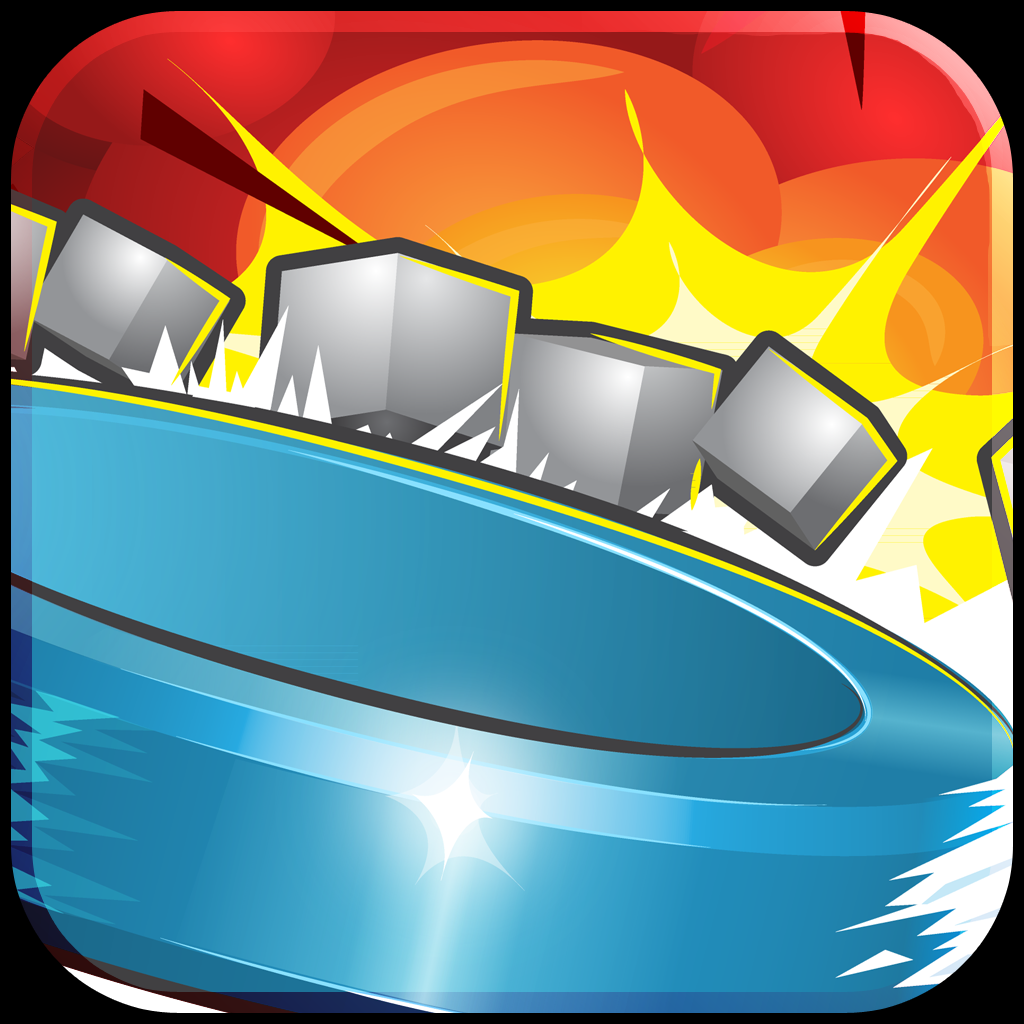 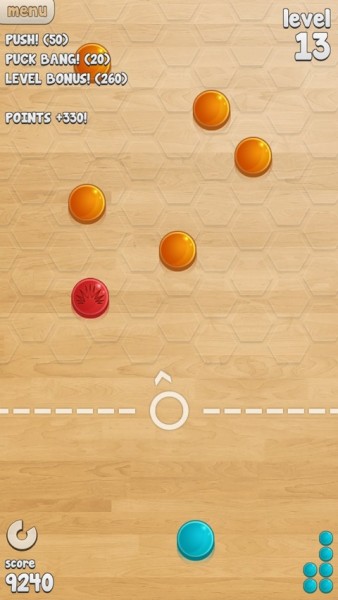 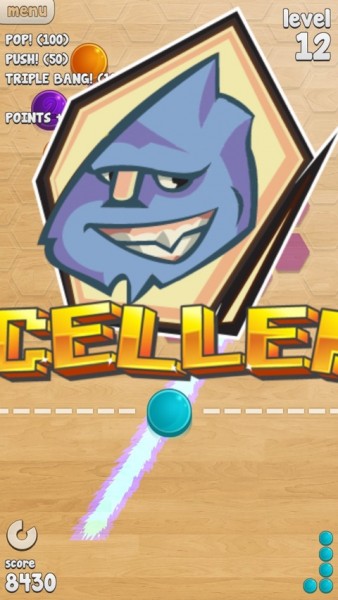 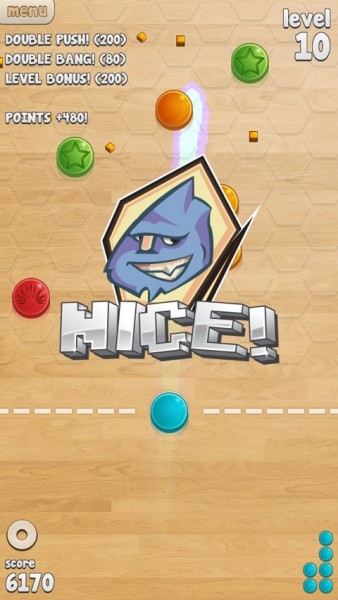 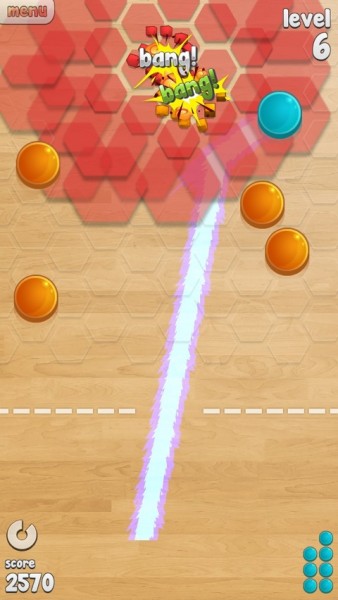 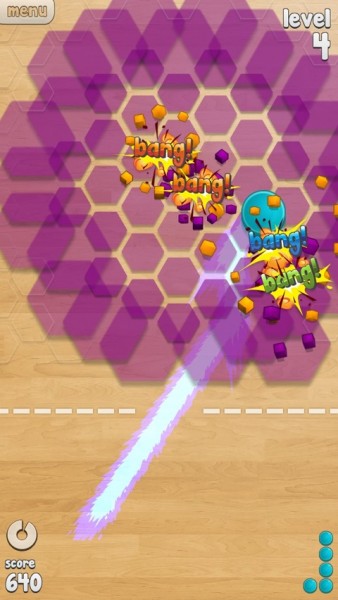 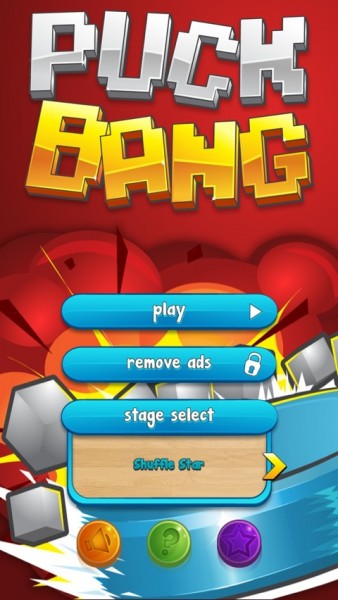 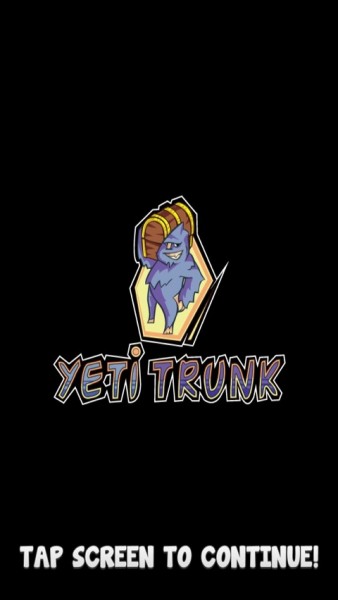