You are using an outdated browser. Please upgrade your browser to improve your experience.
by Christine Chan
September 26, 2016 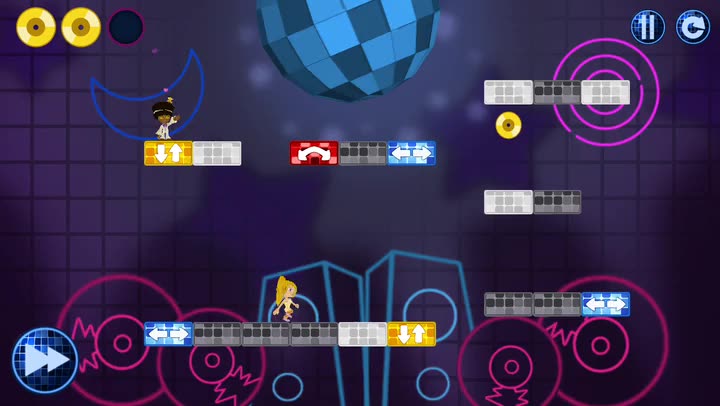 Disco Party ($1.99) by Appsolute Games LLC is a puzzle platformer that will get you into the groove with old-school jams. If you enjoyed games like Mimpi Dreams and Super Phantom Cat, then you will like what Disco Party has to offer.

When life gets tough, I like to retreat into my own little escape with video games. For me, it’s the best way for me to relax and forget about all of my troubles for a few minutes or even an hour. As someone who grew up with platformer games as a child (like Super Mario Bros.), I can’t help but be drawn to the genre even after all those years. And another genre that I love are puzzles, because they help keep my mind stimulated as I take a break from reality, so I’m not completely vegging out. Naturally, when I see a game that combines both of these elements, I can’t resist. I managed to try out an early build of Disco Party at GDC earlier this year, and I fell in love with it from the start. I’ve been eager to get my hands on the game, and now that it’s finally available to the public, I am not disappointed. 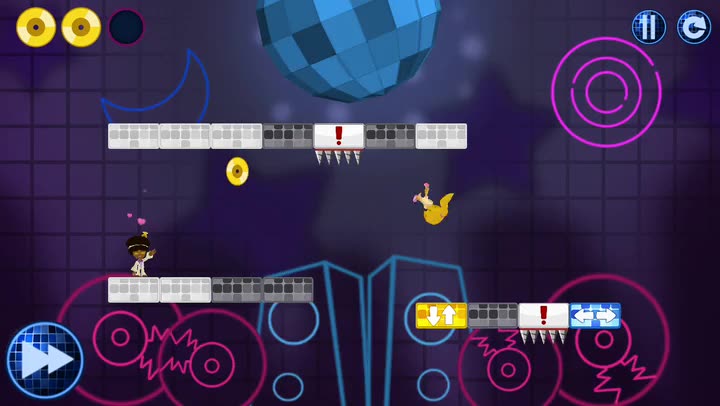 In terms of visuals, Disco Party has a fairly cartoonish style overall, but it’s rather cute and charming. And since it has a disco theme going on, it’s only natural that everything is a bit flashy and over-the-top when it comes to the lights and glamour. Character models are well done with their realistic movements and unique outfits that fit the disco era, and the stage layouts have a good amount of detail when it comes to the texture and objects. The animations in the game are buttery smooth on my iPhone 7, so I experienced no lag while playing. And since the theme of the game is disco, you can expect a groovy soundtrack in the background as you play. If you’re a fan of the genre, then you’ll love it, but if you’re not, well, you can always just turn the sound off.

In typical puzzle platformer style, Disco Party is level-based, with four different worlds that contain 15 stages each. The goal in each level is to get your character to their love interest and avoid the rival security guards, all while collecting the golden discs along the way. In order to do this, players will have to manipulate certain tiles on the ground to do different functions, and new game mechanics are introduced in each chapter at a gradual pace. While you can complete the stages by getting to the love interest without collecting all of the discs, you’ll need the discs in order to unlock access to other chapters.

The controls in Disco Party are simple and intuitive enough for anyone to pick up the game and play. As you’ll see on the stage, there will be special tiles (light gray with flickering lights) on the ground that you can manipulate with a tap. The first tap will turn the tile blue with a straight arrow, which causes your character to turn around once they step on the tile. The second tap makes it become red with a curved arrow, indicating your character will jump forward from that tile. The third and last tap changes it to a yellow tile with two vertical arrows, and this inverts the gravity for your character. 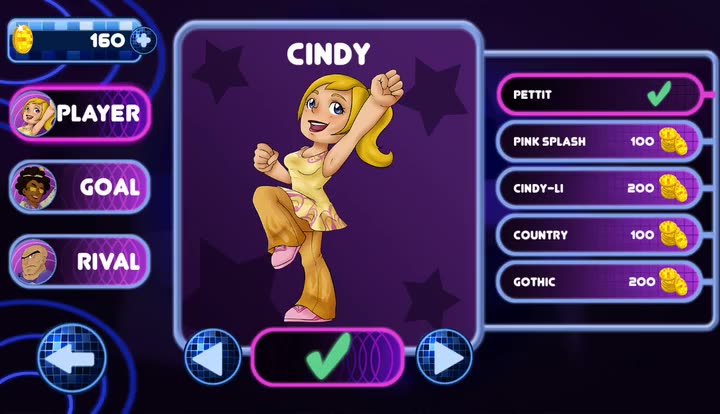 As you make progress, you’ll encounter various new obstacles, such as multiple rival security guards, spikes, spinning blades, lasers, and much more. As I mentioned earlier, the game does a pretty good job of introducing everything at a gradual pace, so it’s not overwhelming. But be warned — your character will automatically move forward after you tap on the screen regardless, so you’ll have to plan out your moves quickly or else you’ll fall or hit a hazard and have to restart.

As you pass through stages, you will earn coins. These coins can be spent in the game’s shop to unlock new characters (player, goal, and rival) and costumes for each. There’s plenty of customization in Disco Party, though they’re all cosmetic and don’t affect the gameplay in any way. Another cool thing about Disco Party is the fact that it is LGBT-friendly, since you can have same-sex goals. Even though the game is fairly generous with giving you coins for completing levels, it does offer in-app purchases if you want to buy a character or costume and are short on coins.

I’ve been playing Disco Party over the weekend as I’m between Pokémon Go sessions and studying, and it’s been enjoyable so far. I love the delightful cartoon-style graphics and flashy disco theme, and the controls are simple enough for anyone. The puzzles start off easy enough, but they definitely get trickier as you power through. The customization adds an extra incentive for players, though I’m not too fond of the fact that the game is a paid download but still offers in-app purchases for coins. Fortunately, they’re only used for cosmetic things and nothing that changes the gameplay itself, which makes it less of a problem I suppose. Bonus points for making the game LGBT-friendly, though.

I recommend checking out Disco Party if you enjoy a good puzzle platformer that will tickle your brain, and if you like disco and LGBT-friendly themes. You can get Disco Party on the App Store as a universal download for your iPhone and iPad for just $1.99. There are optional in-app purchases for more coins to spend for characters and costumes. 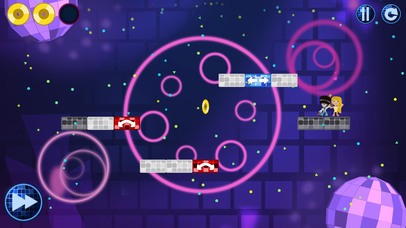 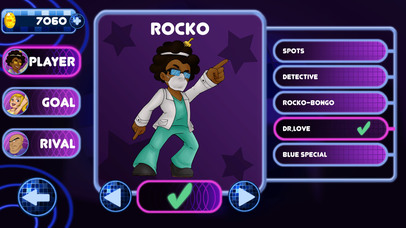 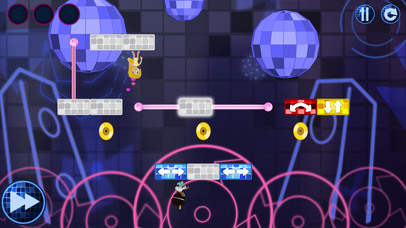 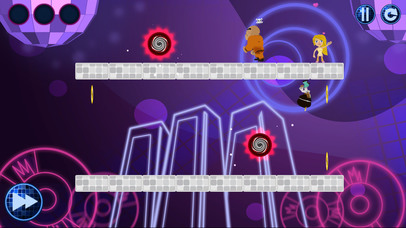 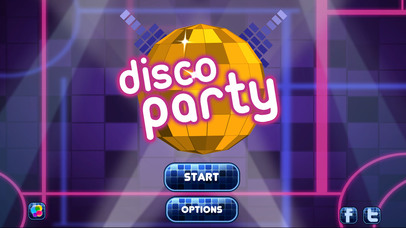