You are using an outdated browser. Please upgrade your browser to improve your experience.
by Christine Chan
November 22, 2016 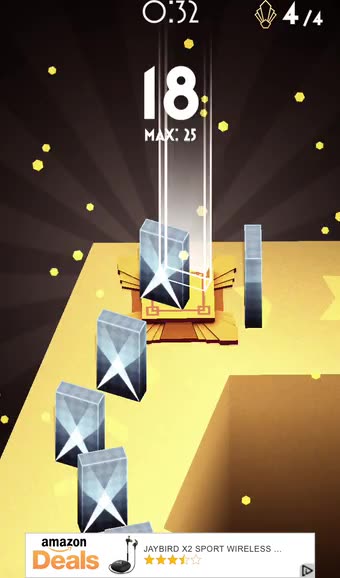 Dominocity (Free) by NoStopSign, Inc. is a fresh new take on the classic dominoes game that many of us have known our entire lives. If you love watching a set of dominoes fall and cause a chain reaction over and over again, then Dominocity is the game for you.

While there are actual rules to the game of dominoes, I never actually played them as a game. Instead, I just liked to line them up somehow and knock them down — the results just feel oddly satisfying, even though you are knocking down your previous hard work. I never came up with those awesomely complex and elaborate layouts that much more creative people have created, but those are also fun to watch when you can find video of it. From what I’ve seen, there haven’t been a lot of domino games on the App Store, so when I first heard of Dominocity coming, I was intrigued. Now that it’s here, it’s a fun little time waster, though it definitely could use a bit more polish. 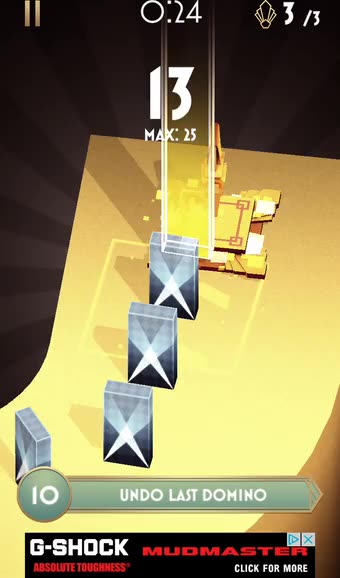 Visually, Dominocity is gorgeous. It has an old-timey aesthetic that reminds me of the 1920’s, complete with all of the flashy glamour. The 3-D rendering is done well, as you can see everything clearly thanks to the angled perspective. The dominoes themselves feature a wide variety of different patterns and textures that you can unlock as you play, and they are all unique but still have that elegance that came in the 1920’s. Dominocity uses a rich color palette that mixes soft pastels, bold and vibrant hues, and various shades of gold. Everything looks fairly realistic as well thanks to the nice use of lighting and shadows, and animations are smooth and fluid on my iPhone 7. The background soundtrack is a snazzy jazz tune that is rather soothing, and definitely gets you in the mood for knocking over some nicely-themed dominoes. In terms of visuals and audio, I think the developers did a fantastic job in those departments.

At its core, Dominocity is a puzzle game that involves dominoes. There are eight different chapters that have a handful of levels in each of them, and players can play the stages in a chapter in any order that they like. The thing that sets each stage apart is their shape and layout — some are much more complicated than others. However, you’ll need to earn enough stars on the available levels in order to unlock the next set of puzzles. The goal in each stage is to line up the dominoes on the platform so that it reaches the end, but the trick is that you only get a limited number of dominoes to use, so each one counts. To earn stars, you’ll have to complete the stage in a certain amount of time — the faster you are and the less dominoes you use, the more stars you earn, as well as diamonds to unlock more domino skins. What seems like a simple game is actually much more challenging than you’d first think, thanks to limited dominoes and level timers.

The controls in Dominocity are simple enough, but I think that they can use a lot more optimization. To drop a domino in place, just watch for the moment when the line is in the spot you want to place a domino on, and then tap on the screen. But as levels implement curves and bends into the formula, things get a bit more finicky. You can rotate your current domino piece by dragging your finger around either clockwise or counter-clockwise, but I found this to be extremely tedious and cumbersome. Sometimes it would not rotate clockwise without going fully counter-clockwise first, and this picky control scheme leads to wasted time as you try and get the turn correct. I hope that the developers can fix the rotation part soon, because it’s tainting an otherwise fun game experience. 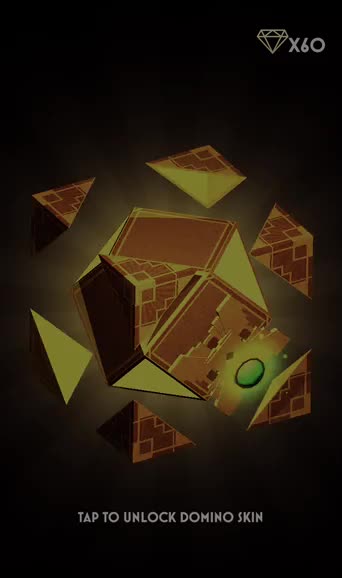 As I mentioned earlier, there are many different skins that you can get for your dominoes as you play and earn diamonds for successfully completing a stage with at least one star. There are also a good amount of opportunities for free diamonds in the form of gifts, but no in-app purchases for diamonds. Since the game is a free download, there are ads that pop up every now and then, but you can get rid of them with a $1.99 in-app purchase.

I want to love Dominocity, I really do. But at the moment, the annoying controls for rotating the dominoes taint the experience, since you get stars based on how fast you complete it, and well, when you’re fighting with the controls, that means lost time and less stars as you struggle to make the controls work. I hope that the developers can seriously consider optimizing the rotation controls better, because that’s the only flaw of the game right now. Otherwise, the gorgeous graphics and charming jazz soundtrack are captivating, and the puzzles themselves are fun and challenging. It’s a nice diversion on the App Store if you love dominoes.

If you think you can deal with some subpar controls, then by all means, check out Dominocity. But if you prefer an optimal experience, I’d recommend waiting for an update with better control schemes.

You can find Dominocity on the App Store as a universal download on the iPhone and iPad for free. There is only an in-app purchase for ad removal at $1.99. 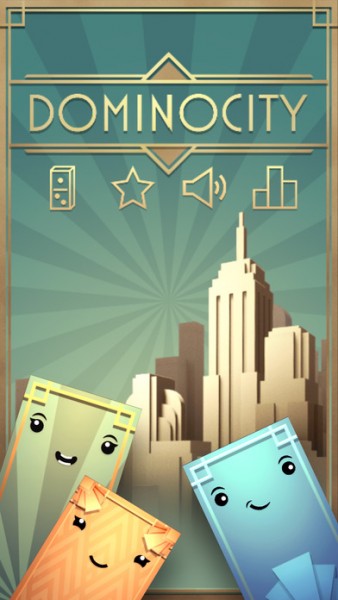 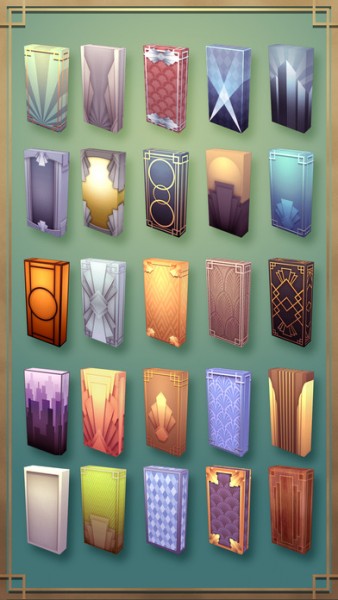 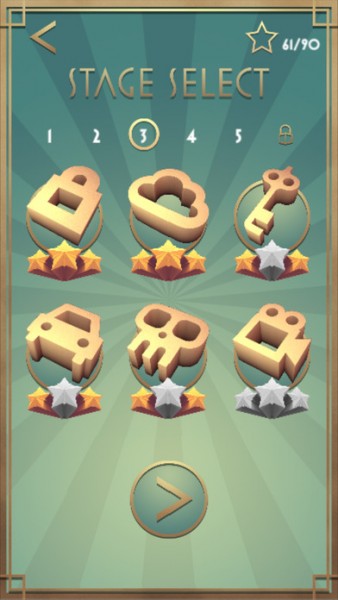 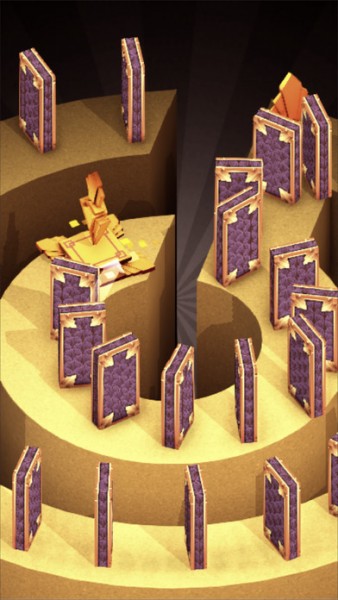 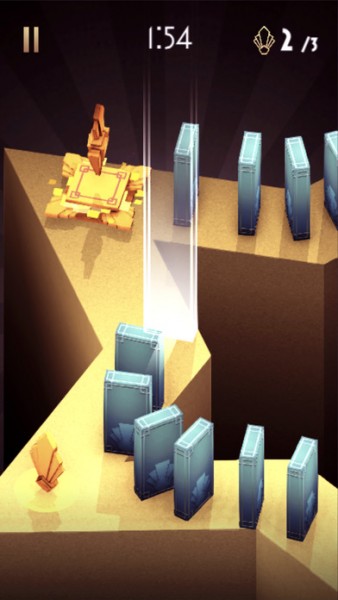