You are using an outdated browser. Please upgrade your browser to improve your experience.
by Christine Chan
June 7, 2016 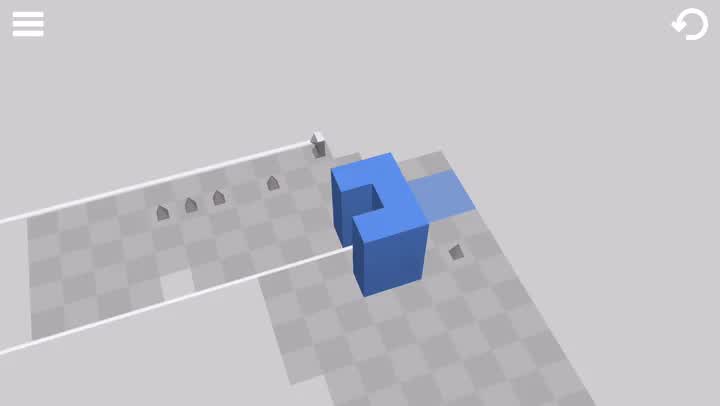 Flipominos ($2.99) by Ultramegatronic is a procedurally generated puzzle game that contains an infinite amount of levels. If you love a good brain teaser-like puzzle game, then Flipominos is a match made in heaven.

I’ve said it many times before but I’ll say it again: I love mobile games, but the genre that fits in perfectly with the platform are puzzles. And honestly, who doesn’t like a good, challenging puzzle every now and then? I’ve gone through my fair share of puzzle games on iOS over the years, but let me tell you — I can’t get enough of them. They’re perfect gems to kill some time with, and they’re stimulating for your mind, which is always a good thing (don’t let that brain go to waste). So when I saw Flipominos on the App Store, I was intrigued by the minimalist concept and the procedurally generated levels with infinite possibilities, so I had to check it out for myself. 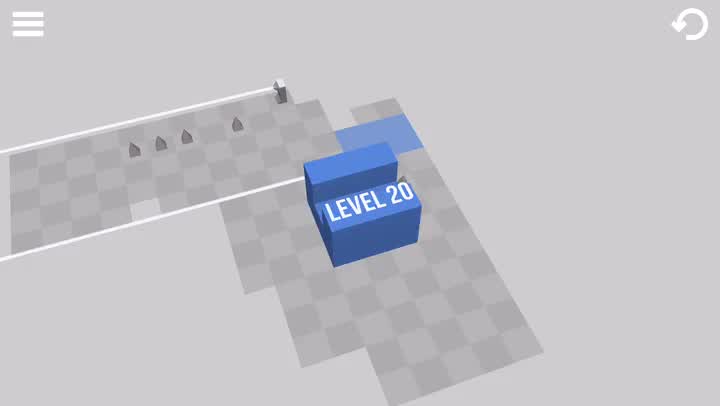 Visually, Flipominos has a super minimalistic aesthetic, as it features a bland light gray background and monotone checkered grid layouts for each stage. The only sign of color lies within the blue cube structures and the matching squares on the grid. The 3-D rendering of Flipominos is decent enough, but I wish that it had some shadowing to give it a bit more depth and soul. Still, for a minimal aesthetic, the game looks fine. Animations are smooth and fluid, and while there is no background music, the sound effects are a fun touch.

In Flipominos, every level is procedurally generated, though the main piece that you must match to the proper spot will be the same — it’s the layout that will vary. The game claims that there is an infinite number of levels, but states in the App Store description that there are currently 4.3 billion, which is a lot of puzzles. Flipominos has players go through the levels one-by-one, though you can also go back and replay stages through the “Level Select” menu option. Some stages will be fairly easy, but others will be more tricky. There are no stars to earn or points to rack up, but you can get a “perfect” if you make no mistakes on a puzzle. Other than that, the game is essentially just solving it at your own pace.

So what is Flipominos, exactly? Each grid features a different layout, but you have some blue squares shown on the grid. On top of the board will be a blue cube structure, and your job is to get that structure to match up with the marked base area. To move your object, just swipe anywhere on the screen in the direction you want it to move. If the structure can’t be moved that way, you’ll know with flashing red squares and your object unable to advance. Once the structure matches up with the base, you’ve completed that stage and will move on to the next. 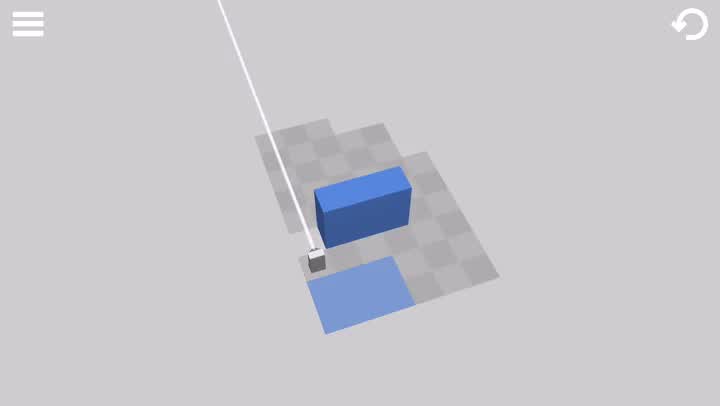 While the stages start out pretty easy at first, there will eventually be obstacles, such as lasers and spikes that you must avoid and maneuver the cube structure around. These additions make the levels trickier than they appear, but it’s a good challenge that is always welcome.

Plus, if you get stuck, there is a unique hint system. Instead of just providing you with a hint in the game, you’ll use an automated Twitter-based hint system, where you can send a tweet to @flipominos. If you follow them, you’ll get a direct message that shows you the complete solution. If you don’t follow them, then you’ll only get to see what the first few moves should be before you have to figure out the rest on your own. For full details on this distinctive hint system, check out this link.

I only downloaded Flipominos yesterday but I’m finding that it is pretty difficult to put down once you get going. I think the graphics could have used a bit more “oomph” with some shadow detail, but the current style is still going to appeal to the minimalists out there. Controls are intuitive and easy to learn, and the puzzles do get challenging the further you get in the game. Plus, with over a billion levels in the initial download, there is going to be plenty of content to keep you busy for a long time. What’s not to like about Flipominos?

I think the only drawback is the fact that the hint system requires a Twitter account, and I know that there are some people out there who don’t understand what the point of Twitter is and don’t care for it. Perhaps the developer should consider an alternative hint system for those who do not use Twitter and don’t plan to just for one game.

I recommend giving Flipominos a try if you enjoy stimulating puzzle games. Flipominos is available on the App Store as a universal download for $2.99. There are no in-app purchases. 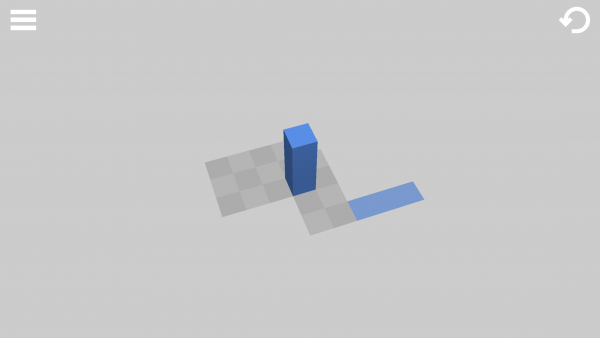 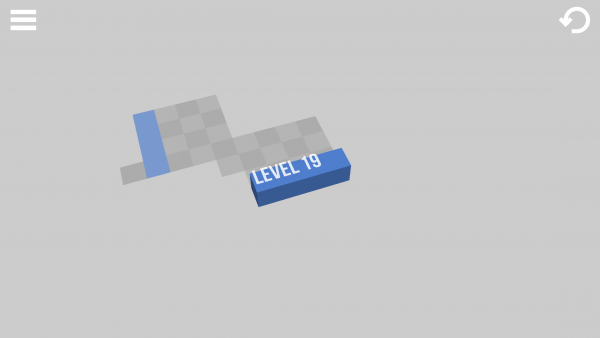 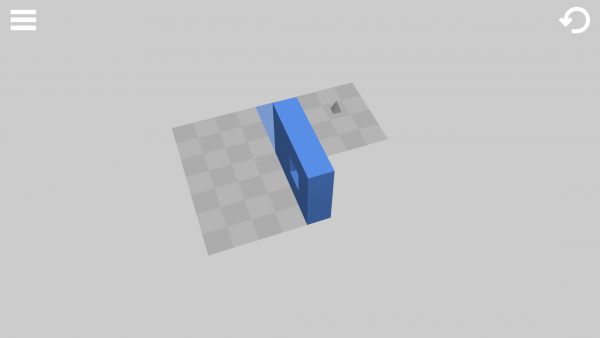 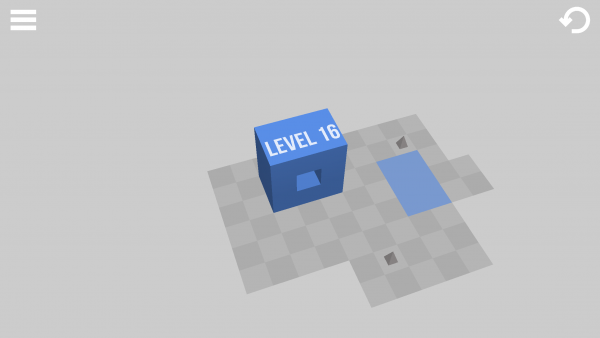 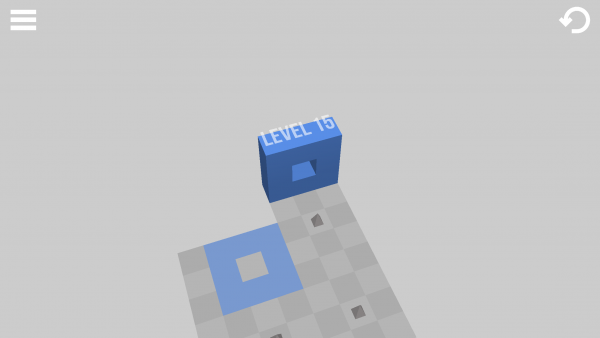