You are using an outdated browser. Please upgrade your browser to improve your experience.
by Christine Chan
February 25, 2016 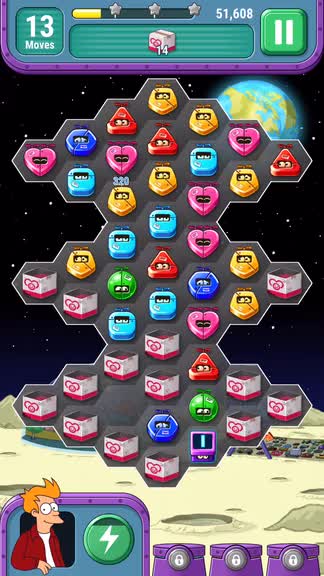 Futurama: Game of Drones (Free) by wooga is the highly anticipated mobile game for the Futurama television series, which ended several years ago, much to the disdain of fans. Futurama: Game of Drones is a match-four puzzle game (everyone was expecting a town-building sim like Family Guy: The Quest for Stuff) so it will appeal to both fans of Futurama as well as the matching game genre.

I grew up on “The Simpsons” as a kid, but as time passed and the show remained on air, it got a bit tiresome and old, though I still loved Matt Groening’s work. So when “Futurama” first hit the air, I fell in love. It was the familiar art style, futuristic setting, quirky characters, and plots that kept me coming back every week for a new episode. When Fox first cancelled the show, I became pretty upset about it, and missed being able to tune in to the show every week. In recent years, “Futurama” ended up on Comedy Central, and I was able to get my fix once again, despite the newer seasons never being quite as good as the original classic seasons (same goes for “The Simpsons”). Then the series finally ended on Comedy Central, and I haven’t been able to get my fix of one of my favorite shows since. So naturally, once Futurama: Game of Drones became available worldwide last night, I had to get my hands on it — Futurama lives! 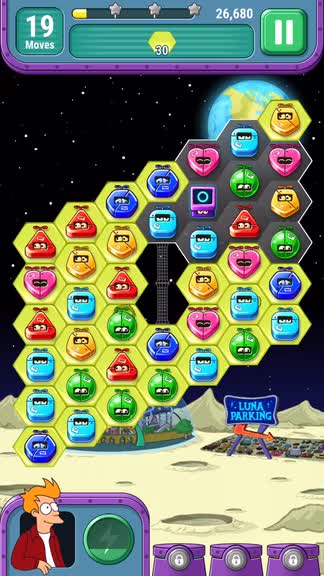 The visuals in Game of Drones retains the classic style of the cartoon series, and I’m rather pleased about it, as it almost feels like the show never ended. In fact, the level selection screen is reminiscent of the show’s opening intro, so fans will feel right at home. The graphics are colorful and flashy, with smooth animations and the famous opening theme music playing in the background. And if you missed Professor Farnsworth himself, don’t worry — you’ll hear plenty of one-liners from him, and other characters, as you play, including the all-time favorite of “Good news, everyone!”

Like typical matching puzzle games, Game of Drones has players going through levels one-by-one, and meeting certain objectives before they’re able to move on to the next stage. It’s a bit like Candy Crush, as the objectives involve clearing out a specific number of certain colored drones, getting rid of toxic waste, destroying boxes, and more. To make things challenging, you’re restricted on the number of moves for each level as well, which is indicated in the top left corner. Players earn up to three stars on each stage, depending on the threshold of points obtained once completing the goals.

Since this is a match-four instead of a match-three, players have to think a bit more carefully about their moves before making them. Also, since the levels are all in oddly shaped grids, players have more freedom when it comes to moving them around. To move a piece, it must be swapped with any adjacent piece, and as long as it ends up in a group of at least four like-colored drone pieces, then it will get cleared out. There are also special drones that can be made if you match at least five or more pieces, such as line-clearing drones, explosive drones, and color-detonating drones. 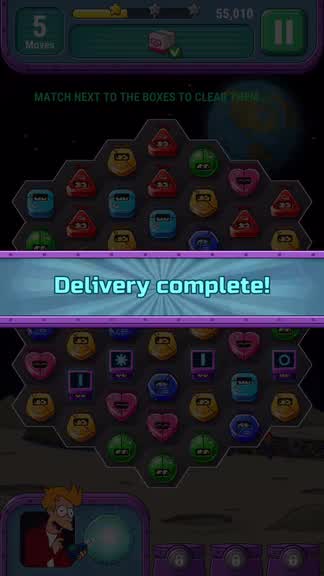 To make the game more exciting, there are even some enemy drones that will be sent you way, and you’ll have to do battle with them through battle drones, featuring everyone’s favorite shiny and vulgar beer-guzzling and cigar-smoking robot. When these battle levels come around, both sides take turns to make matches, and can attack the other by matching the silver battle drones. Once you get into the other chapters of the game, you’ll gain access to special power-ups provided by your favorite characters, such as Fry’s drone eliminating laser gun thing. Eventually, you’ll also be able to obtain boosters to start levels with, giving you an advantage.

I’ve only started playing Futurama: Game of Drones, but so far I’m loving every minute of it. The game looks great, I like seeing all of the familiar characters and hearing their quirky bits of dialogue, and the gameplay itself is fairly challenging due to the match-four concept and oddly shaped grids. The different objectives keep the game fresh, and there’s high replay value here. And while there is an energy system in place, you’re fortunate enough to not lose a heart for each play — you only lose one if you fail a stage, which is how every free-to-play game with an energy system should be (I’m looking at you, Pokemon Shuffle). There are in-app purchases in Game of Drones, but they are optional and not necessary to enjoy the game. 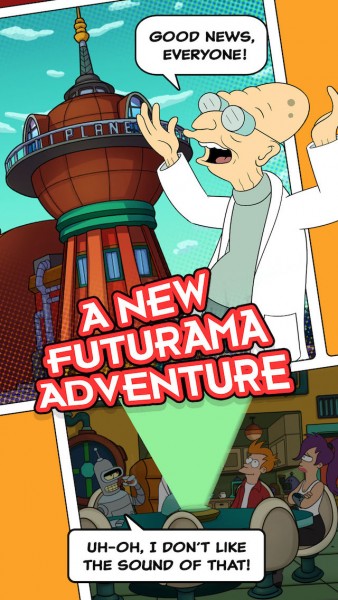 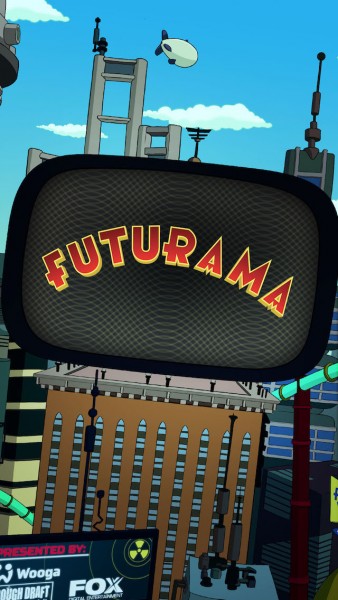 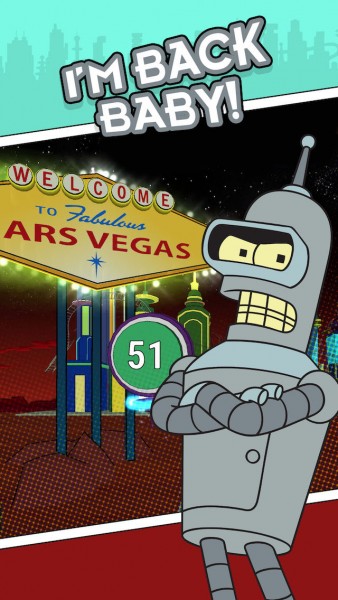 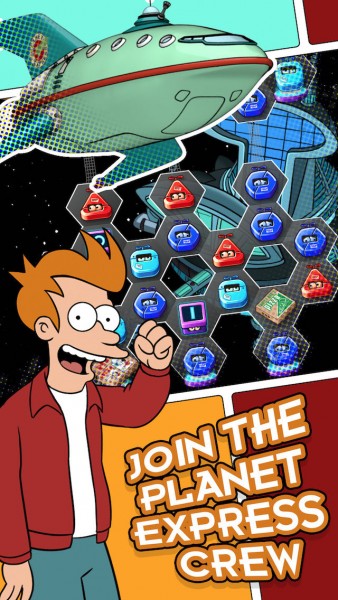 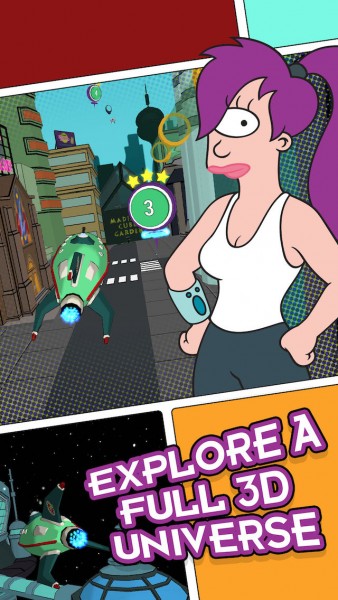