You are using an outdated browser. Please upgrade your browser to improve your experience.
by Christine Chan
January 27, 2014 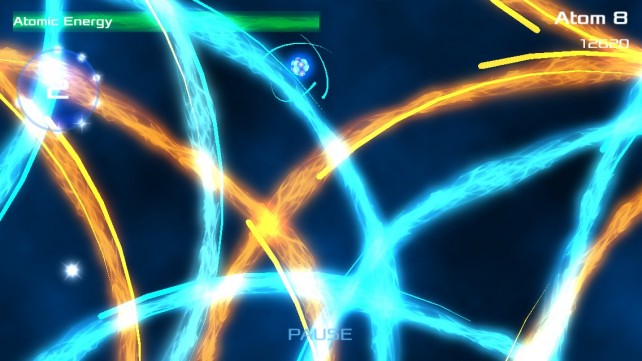 Atomic Fusion: Particle Collider (Free) by Bytesized Studios Inc., is an arcade game that provides a brand new way of looking at the period table of elements. Even if you aren’t much of a chemistry person, this game makes science a very enjoyable experience.

I remember chemistry. It wasn’t always a fun topic in school, but I did love learning how the world works. Pretty amazing that everything is basically comprised of billions of molecular atoms, isn’t it? It’s been years since I’ve had to sit in a chemistry class, so I’ve grown a bit rusty with the periodic table over the years. However, this game should definitely help me brush up on the elements as I play, providing a fun new way to learn about chemistry and physics. 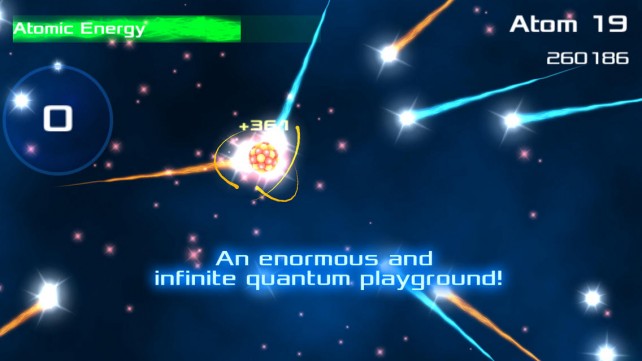 The visuals in the game are a delight. While it’s hard to really depict what an actual atom looks like in reality, Atomic Fusion does a good job of it. The graphics are very sci-fi like, featuring atoms of various sizes (depending on the element), fast moving electrons, and colored rings of positive and negative energy. And don’t forget about the shiny star-like electrons that float around for you to collect and unleash powerful bursts of energy. There is also a very upbeat, techno soundtrack to go along with the game that is quite fitting. If only science always looked and sounded this good, right?

The game is an initial free download, but you will only have access to about the first 10 levels. After that, you’ll need to purchase the full game for $1.99 in order to continue. The levels are basically all of the elements in the periodic table, and you’ll need to get through each in order to move on to the next. You will find the ordinary elements you may already know, and as you fuse elements together, the game opens up new possibilities, so there’s a lot of incentive to play.

The controls in the game were a bit confusing at first, but once you learn the basics, it’s actually quite intuitive, and the physics engine is pretty realistic. You control the movement of the atom by swiping your finger around the bottom left or right, and you change the energy to positive or negative by tapping on the other side. You will need to switch between the positive and negative energy freqently in order to collect the energy rings and fill the meter in the top left to move to the next element. It starts out quite easy, but the later levels will throw lots of rings at you and you need to react quickly to get them. Mismatching the energy and rings will cause your meter to deplete. 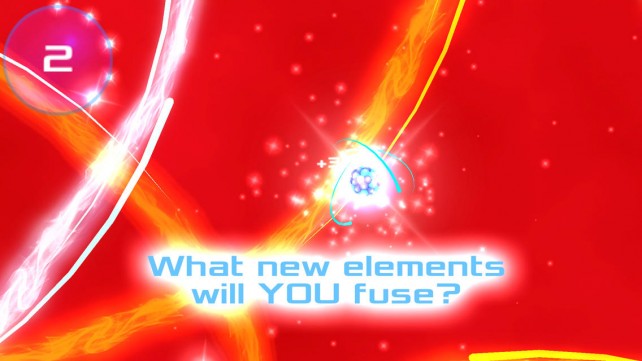 As I mentioned earlier, there will be electrons floating around to collect as well. If you collect enough of these, you will complete one “ring” of energy, and you can continue to collect more and stack them up. In times of need, you can tap on this in the top left corner to unleash a “wave” and collect all of the energy rings on the screen. There are also other power-ups that you can collect to make things easier, such as drawing in all of the nearby electrons.

So far, I’m really enjoying Atomic Fusion: Particle Collider. It looks and sounds great, has simple and intuitive controls, and the gameplay is very fast-paced and challenging, which is sure to delight any fans of arcade games. I just wish that the initial download came with a few more chapters, as you can get through the first 10 quite easily, making it go by way too fast.

I recommend checking out Atomic Fusion: Particle Collider if you’re looking for a delicious arcade game that combines the elements of chemistry and makes science even more fun. You can get it in the App Store as a universal download for free, and it’s $1.99 to unlock the full game. 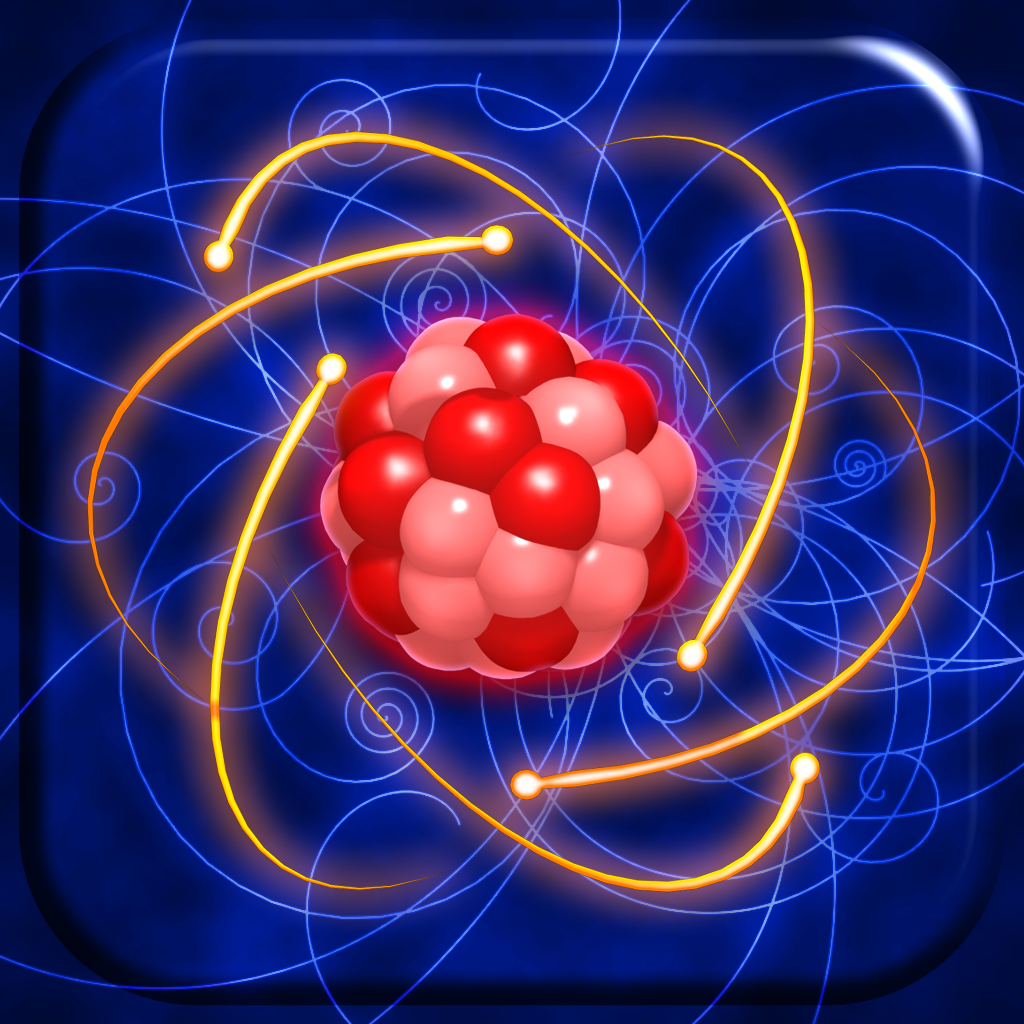 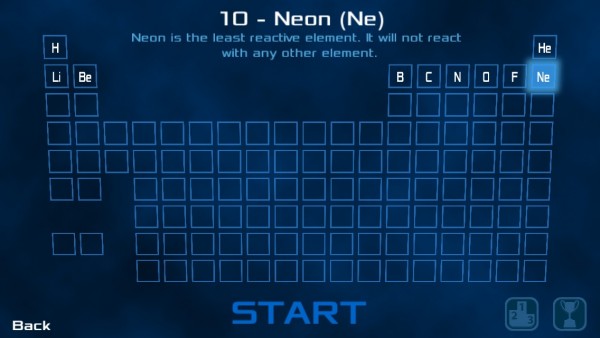 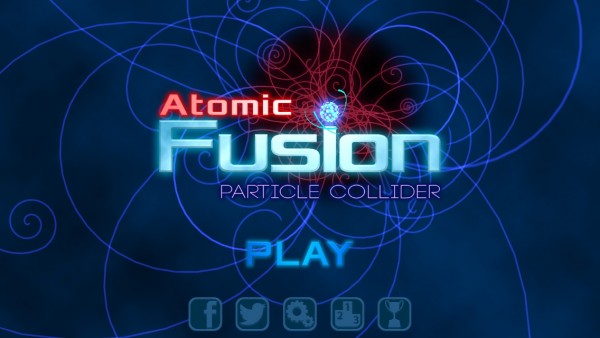 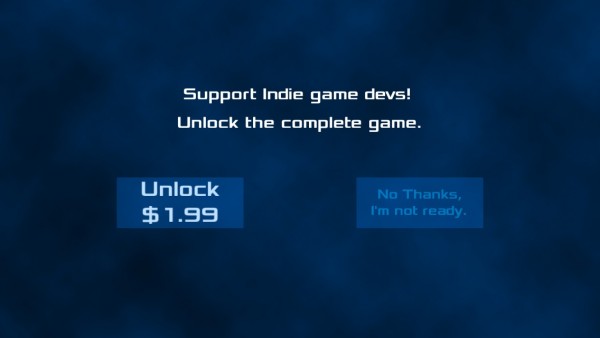 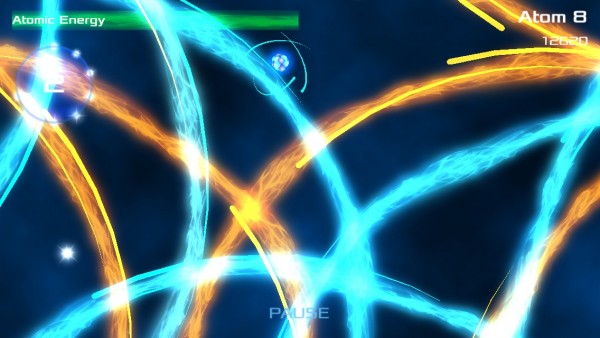 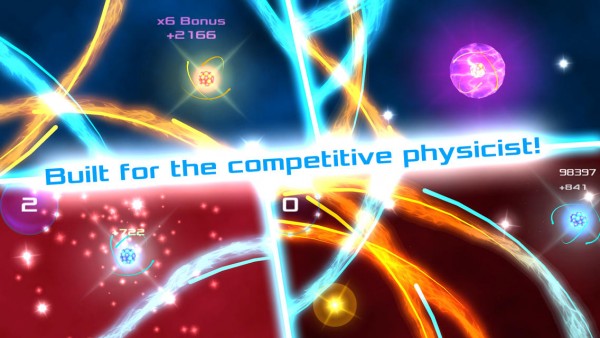 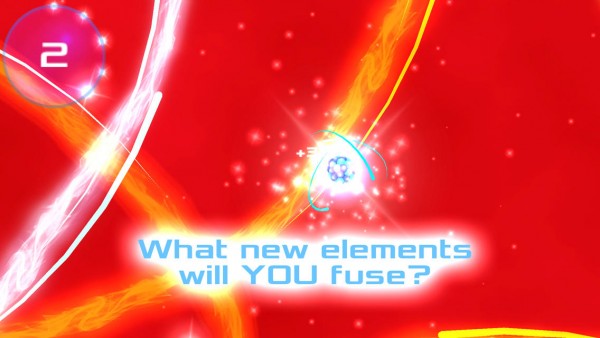 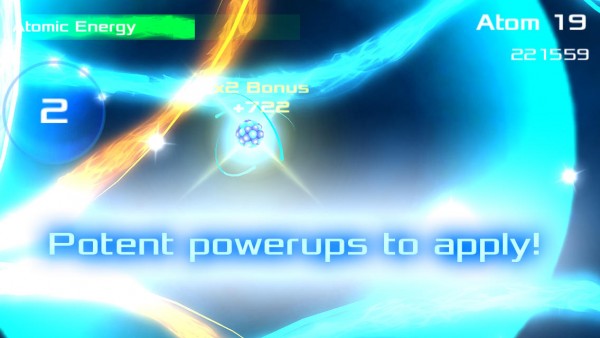 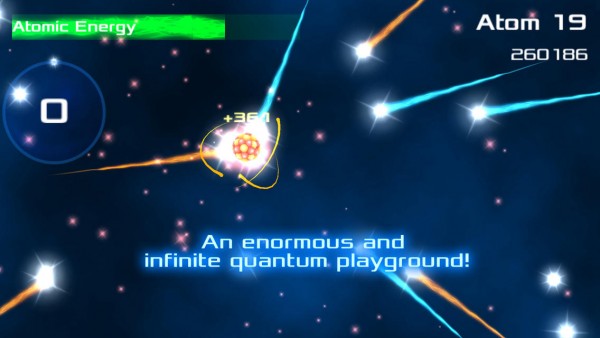 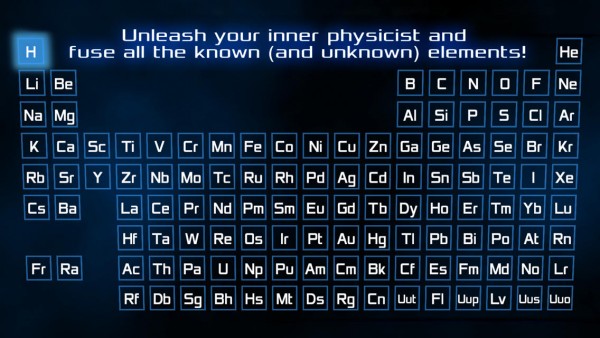