You are using an outdated browser. Please upgrade your browser to improve your experience.
by Christine Chan
March 21, 2013 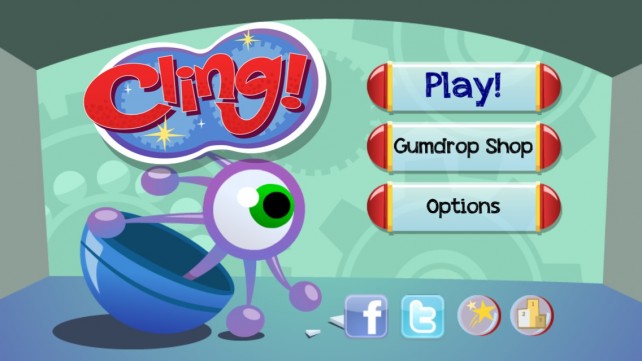 Cling! ($2.99) by First5 Games is described as an action peg-former game that is actually very challenging. If you love platformers, puzzles, and cute things, then this game is for you.

This game features a cute little backstory. You see a child who is attracted to a vending machine with little plastic toys in it (you remember those good ol’ days, don’t you?). This kid finds a quarter and puts it in the machine and is eagerly awaiting his new toy, but oh no! The capsule broke on the way down, and now the toy, which is named Edgar, is now trapped in the machine and must make his escape to his new owner, all while avoiding certain death by spikes, falls, and electricity — you know, the usual. 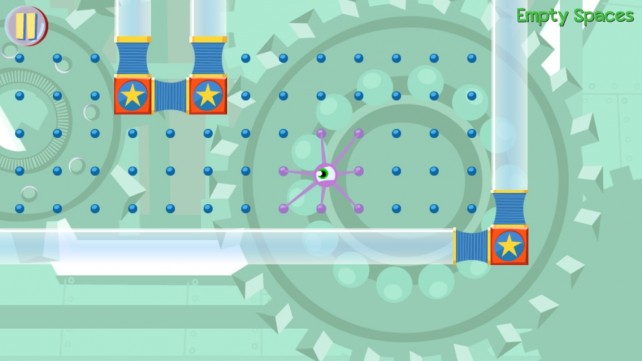 I was immediately drawn to this game and the adorable graphics. Everything looks delightful, with colorful, vivid environments — I never knew that this is what the inside of those machines look like. The music and sounds also have their own bit of whimsical charm as well, making this game a treat for the eyes and ears.

The game is divided into three separate acts, or areas, and they each have 30 levels, making it a total of 90 action-packed levels that will test your skills and reflexes. In each level, you will have to help Edgar navigate his way to the transportation pad at the end of the level by using his tentacles to cling onto pegs.

So how do you help navigate Edgar? There are two control schemes: touch or joystick. The default method is touch, but you can shake the device to change to joystick at any time. The touch method has you placing your finger in the direction you want Edgar to go, and the moment you release your finger, he will retract his tentacles. The joystick may be easier for some, because of the fact that your finger may be in the way for some of the trickier maneuvering spots.

Edgar will gain momentum as he moves, so you will have to use this to your advantage for making long jumps (since he won’t have anything to grab on to sometimes), or be careful around smaller corners. If he falls, or hits a spike or nasty electric cube, then you will have to restart the level.

As you play, you will encounter more than just blue pegs. There will be green pegs, which push Edgar away (blue pull him in), moving blocks, big gaps that you’ll have to leap across, and dangerous enemies that will kill Edgar upon touch. You will have to scan the level (you get to see it before you tap to start each stage) to make sure you understand what you’re getting into for that specific area.

You earn points and medals for each level based on how fast it took you to complete it. The medals are the standard bronze, silver, and gold, and you will end up replaying a lot of levels in order to get the gold (yeah, I’m talking about you perfectionists out there).

Gumdrops are also available for you to collect, and it is the game’s currency. These gumdrops can be used to purchase more playable characters (I’m not sure if they have any special abilities since I don’t have enough for one yet), hats, and useful power-ups. Since some items are pretty pricey, there are of course, in-app purchases to get more gumdrops. 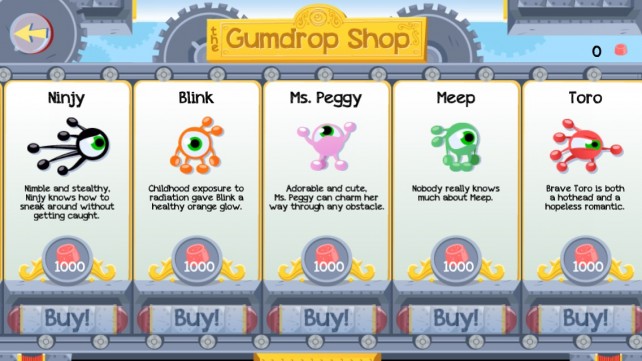 There is Game Center integration for global leaderboards (total score for acts one, two, and three individually) and there are 15 achievements to acquire.

The only flaw in the game is that the difficultly level can jump up quite a bit very quickly, but that’s why you would practice and replay previous levels. This is still no reason to not pick up this unique little gem of a game, though.

I highly recommend checking out Cling! for yourself and seeing the charm of a little plastic toy who wants to be with its new owner. The graphics and music should be enough to draw you in, and the challenging gameplay is just icing on the cake.

You can get Cling! in the App Store as a universal download for $2.99. 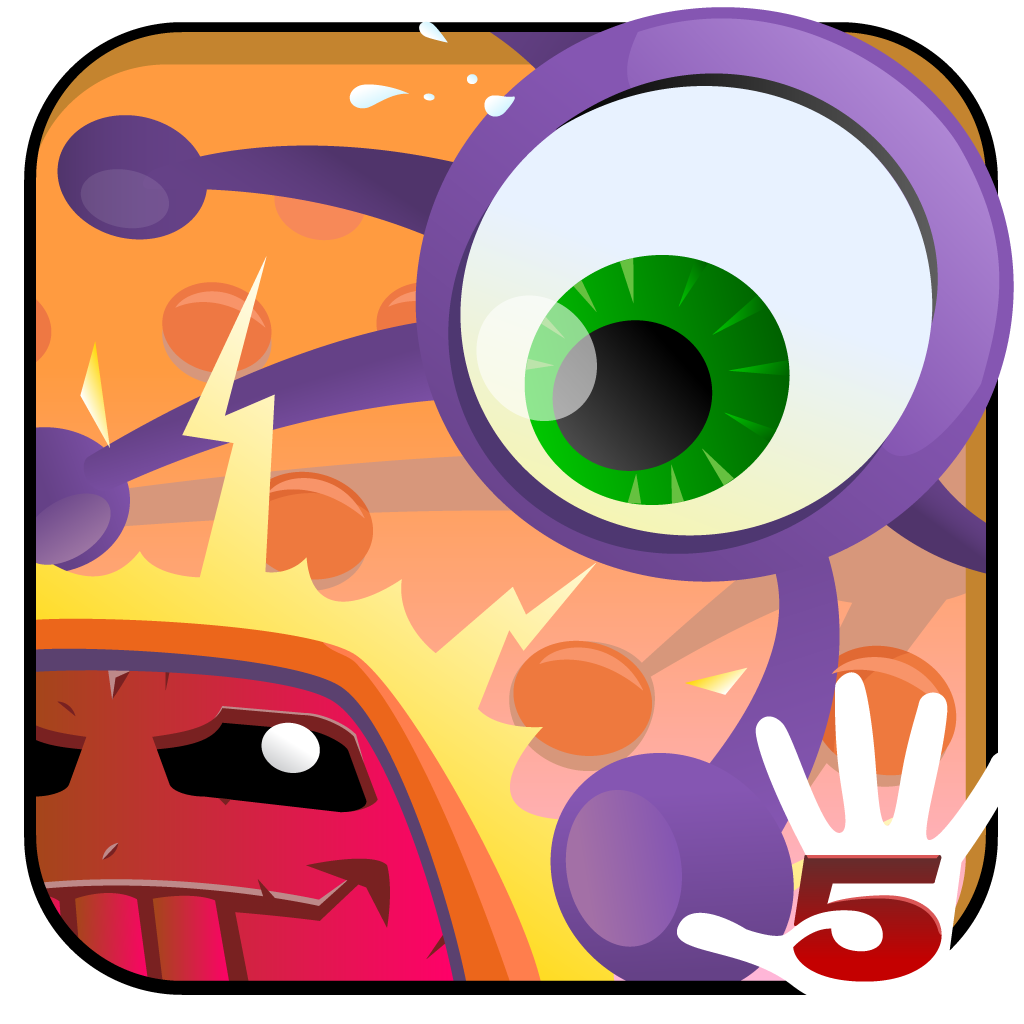 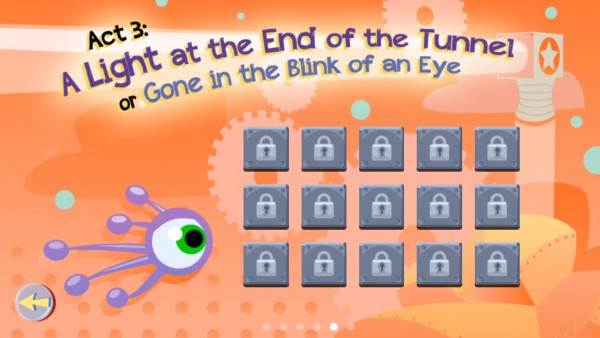 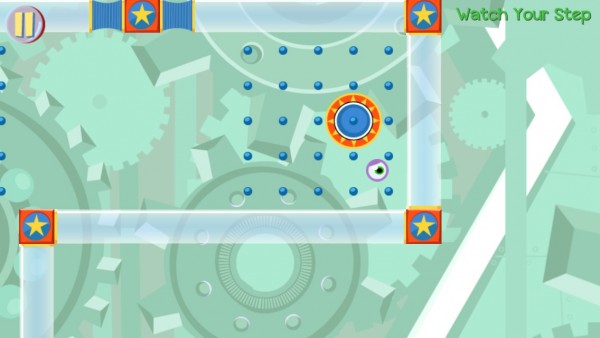 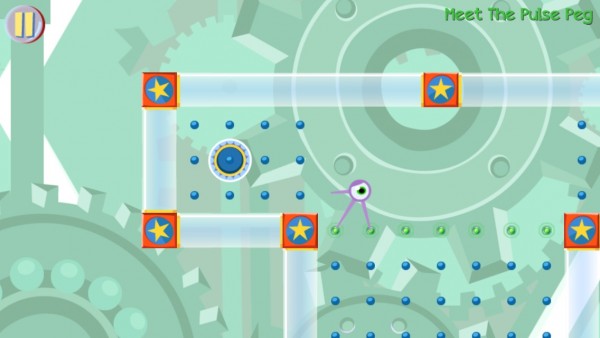 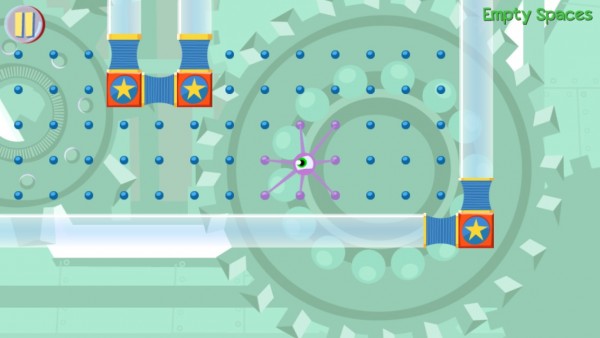 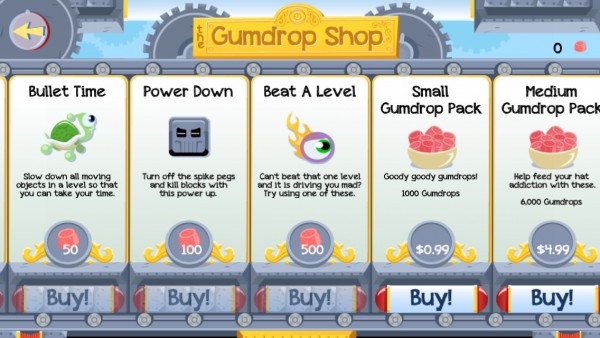 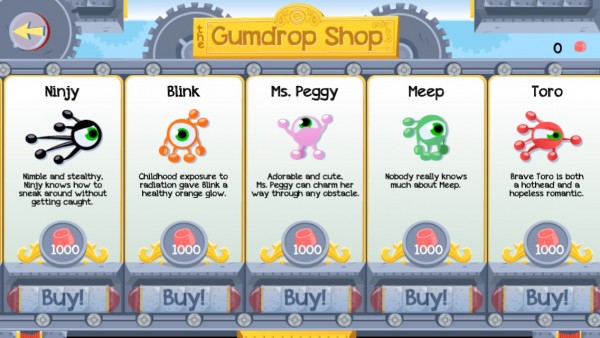 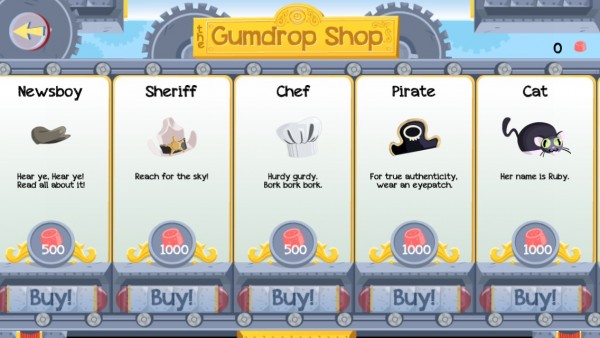 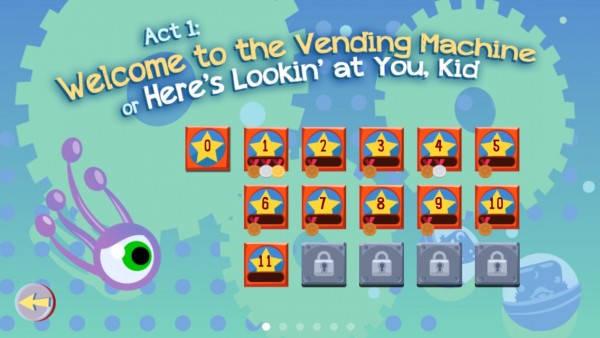 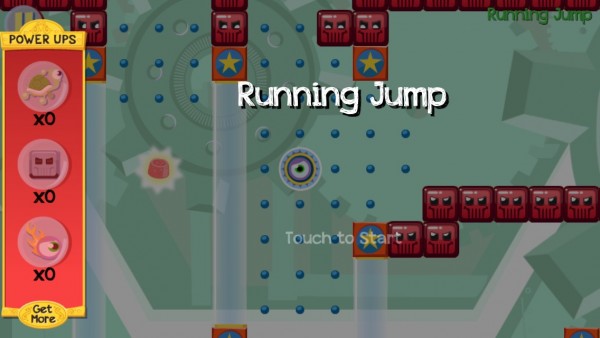 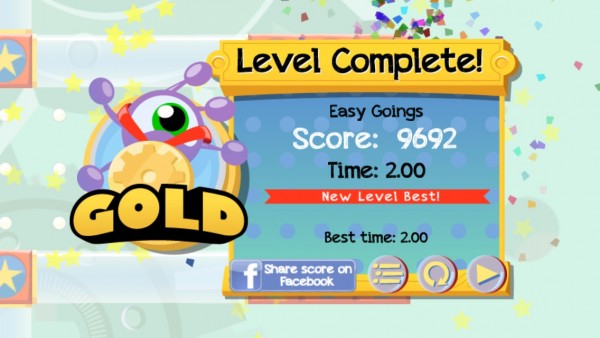 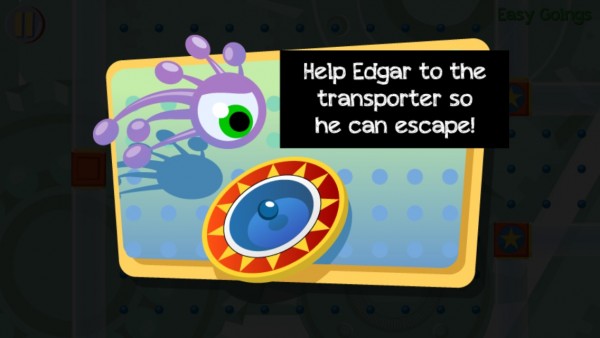 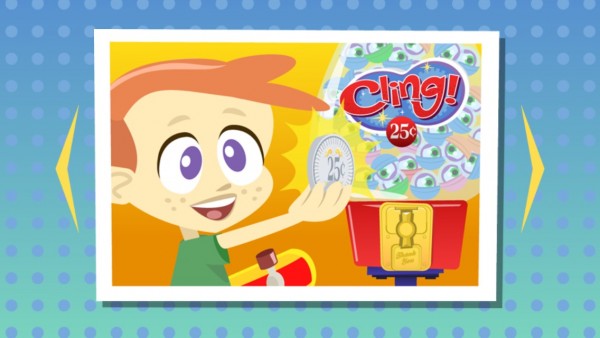 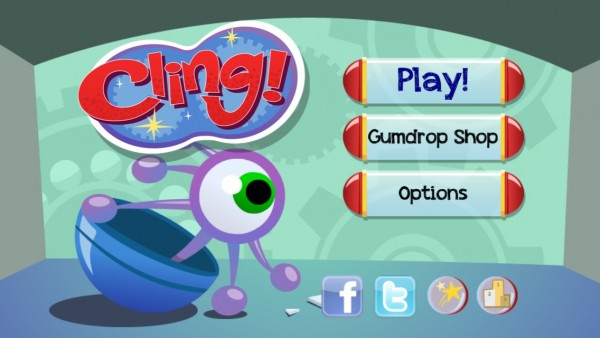