You are using an outdated browser. Please upgrade your browser to improve your experience.
by Christine Chan
July 24, 2013 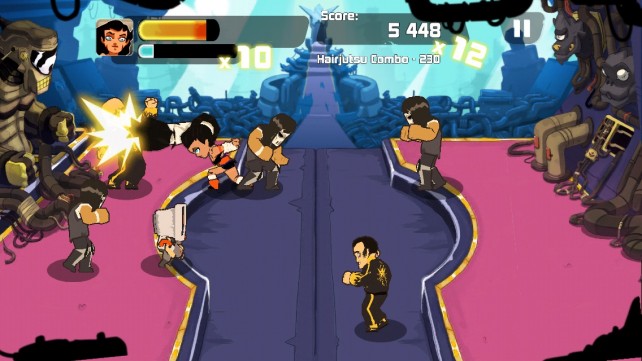 Combo Crew ($1.99) by The Game Bakers is a gesture-based fighting game that will end up eating a ton of your time.

I know what you’re thinking — touch screen devices aren’t made for fighting games! You know, with the whole lack of physical buttons and whatnot. Of course, that is completely different when the controls of a fighting game are made for touch screens, which is just what you find in Combo Crew. And wow, it’s definitely a pleasure to play.

Combo Crew was first released back in May, but somehow it slipped under my radar. My interest was piqued though, when I heard that CAPCOM is releasing a new fighter in Combo Crew. So before they release this new challenger, I thought I would give the game a spin — I’m not disappointed. 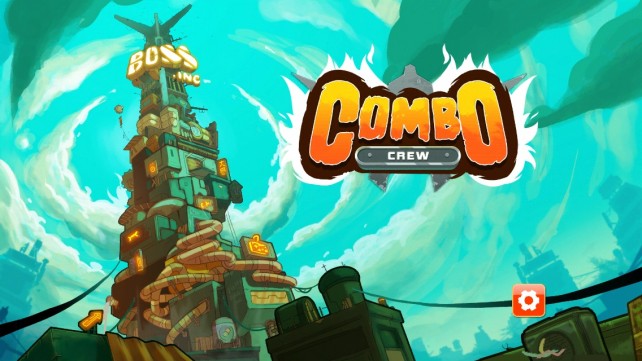 First off, the graphics in this game are amazing. While it’s all overly cartoonish, it’s very crisp, beautiful, and detailed. Animations in the game are smooth, fluid, and the sound effects of punches and kicks are great. The music is also quite entertaining, getting your blood pumped for throwing punches all over the place.

There are two game modes for Combo Crew: King of the Tower and Combo Crew Mode. In King of the Tower, you will go through various stages and make your way to the top of the tower to prove that you are the best fighter of them all with a challenging boss battle once you reach it. In Combo Crew, it’s basically an endless survival mode, where you will face infinite waves of thugs and baddies to beat up. This mode is also co-op, as you can help rescue your friends so they can continue for a new high score. Friends can be through Facebook, Google+, or email.

As I mentioned, the controls in this game are amazing, and make this one of the best fighting games on iOS. Your fighter won’t be able to move freely, but to attack with a punch or kick, you just need to swipe on the enemy you want to target. If an enemy is about to hit you, an exclamation mark will appear to notify you, and then you can tap anywhere on the screen to perform a counterattack. A two-finger swipe on enemies will allow you to perform combo attacks, which will rack up many points. Your normal attacks can also be strengthened by charging, which is done by doing a swipe-and-hold.

There are four fighters that you can choose from at the moment, with the last one needing to be unlocked. And as I mentioned, a special fighter from CAPCOM is coming. The more you play, the more moves you will unlock for them, which can be swapped out with currently equipped ones. These will be powerful super-combo moves, which can be activated when you fill up the gauge. 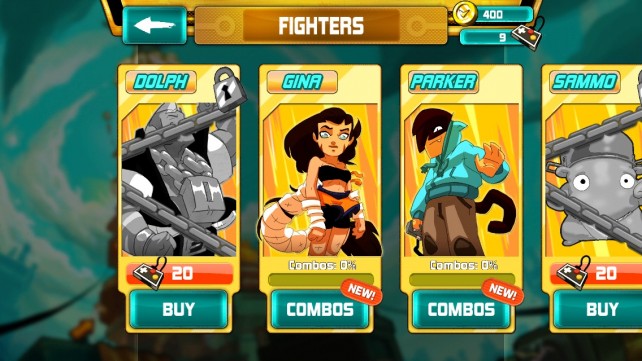 Like a lot of other iOS games out there now, there are also missions to complete in Combo Crew. You get three of them at a time, and completing one will replace it with a new task. You earn coins for completing these, so it’s definitely rewarding.

Coins can be earned in the shop for boosters, perks, and skins. Boosters consist of power-up items that will have various effects on your crew’s health and combo bars, and sometimes even guarantees a special spawn on rounds. The Perks are for single players, and will have stuff that increases your life gauge and more. Skins will change your fighter’s appearance, but are nothing more than cosmetic changes. To unlock more fighters (you only get two to start with), you will need to earn the “premium” currency, which are game controllers. These are earned by doing well on rounds.

As you would expect from a fighting game, things get competitive with Game Center integration for leaderboards and 16 achievements to obtain. This adds a lot of replay value to a game that you will end up spending a bit of time on, so that’s a plus. There is also iCloud game saving so your progress goes with you, no matter which device you plan to fight on.

I’m really enjoying Combo Crew so far. It’s an addictive little fighter that can be played in short bursts or in longer play sessions, and the controls are incredibly intuitive. I highly recommend checking this game out. Find it in the App Store as a universal download for $1.99. 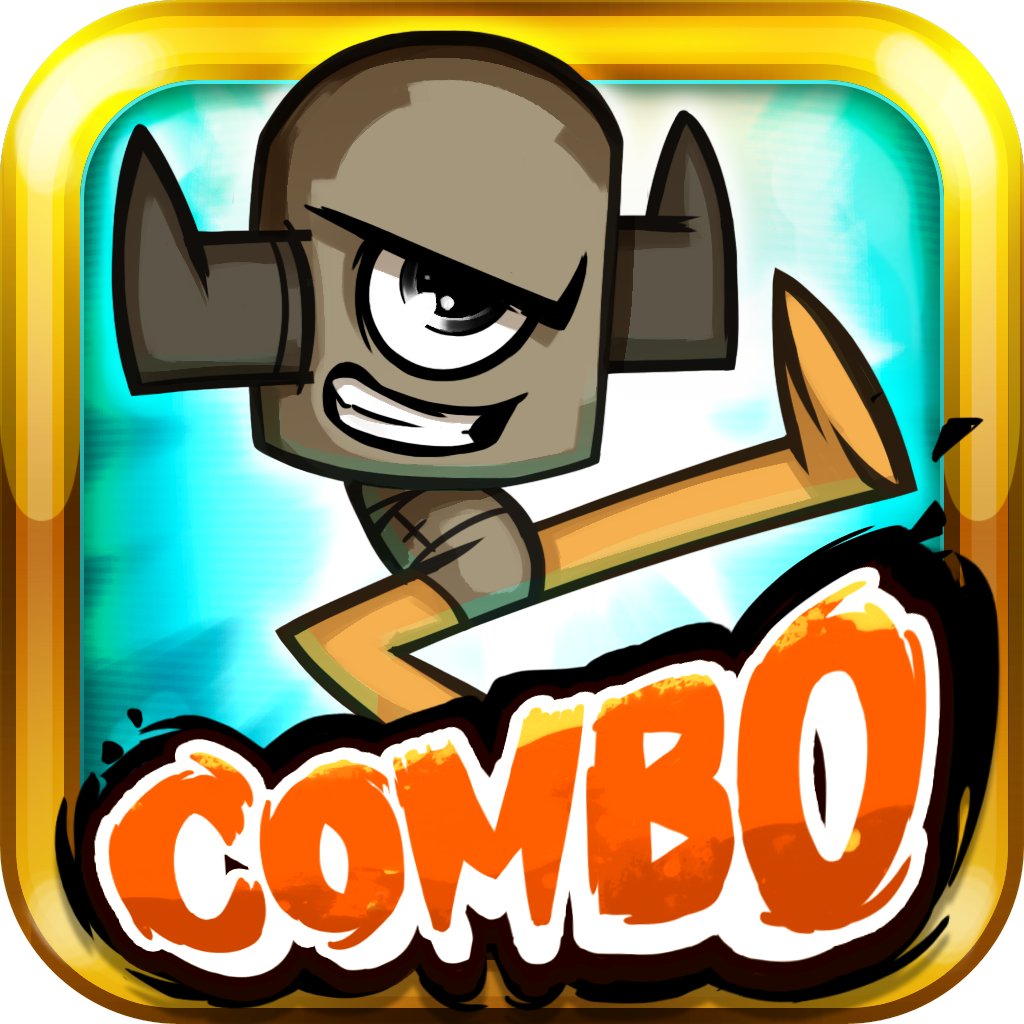 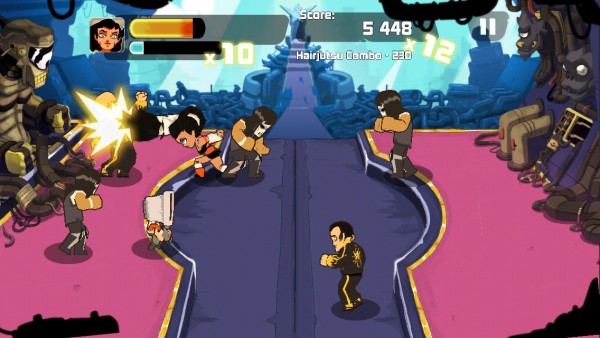 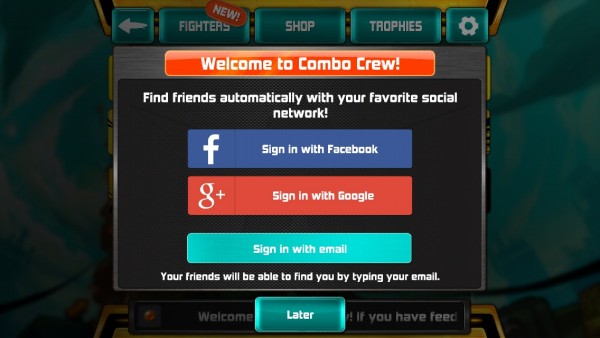 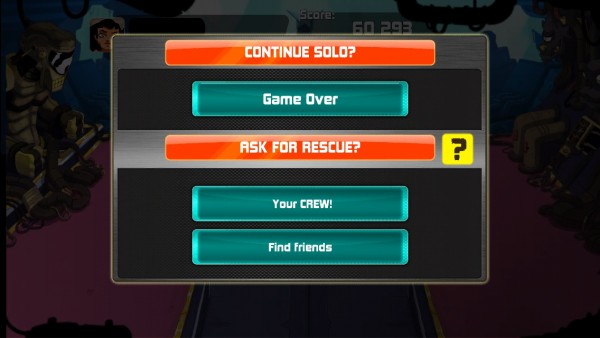 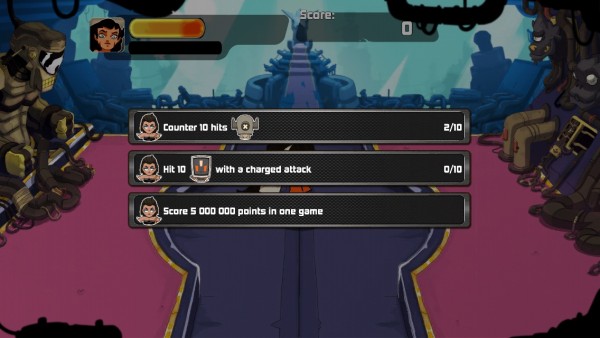 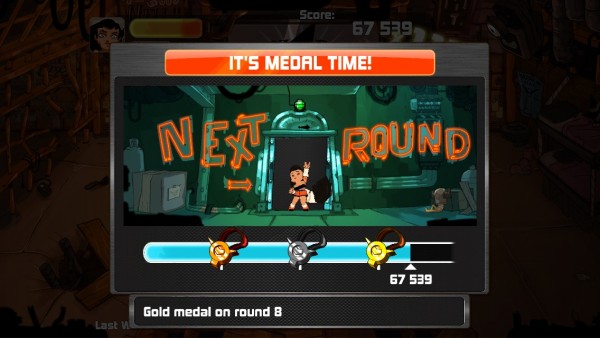 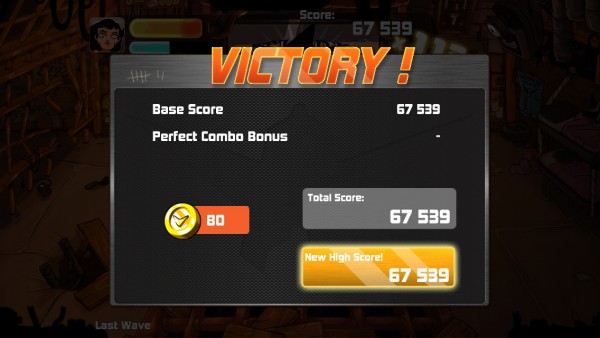 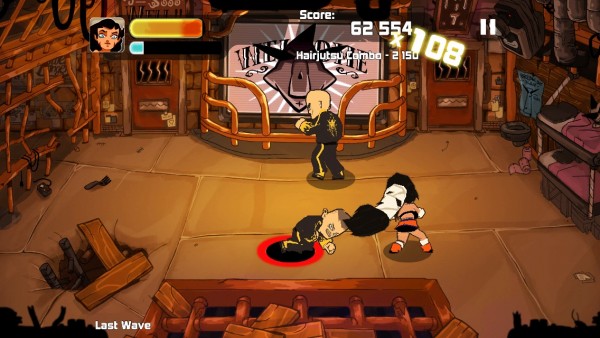 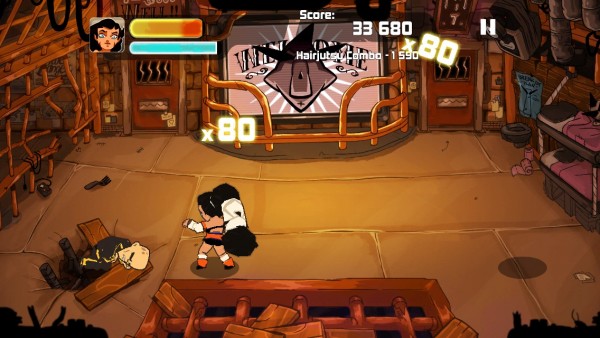 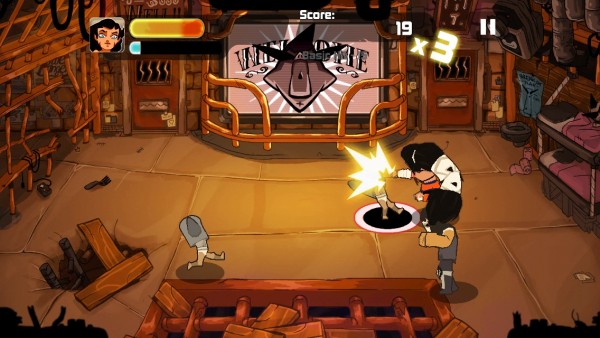 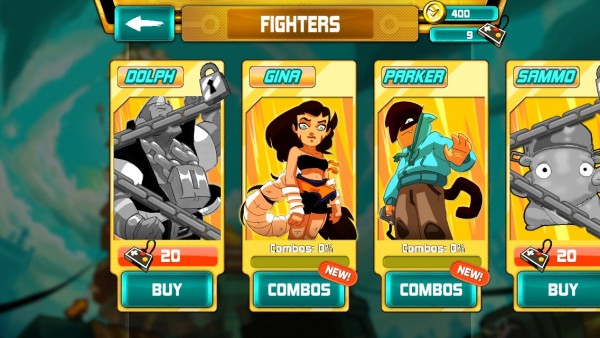 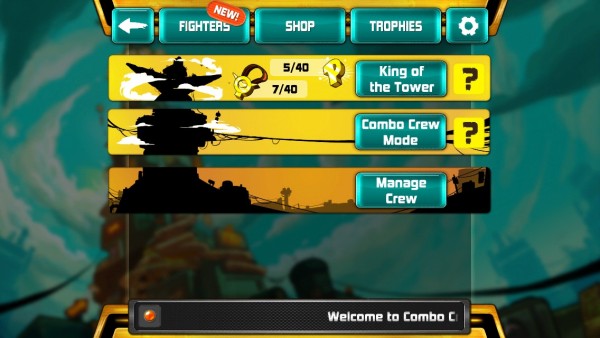 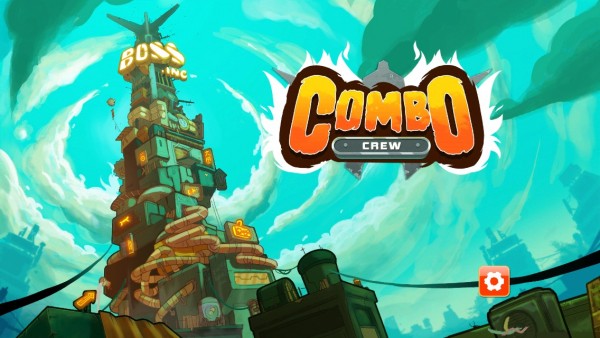 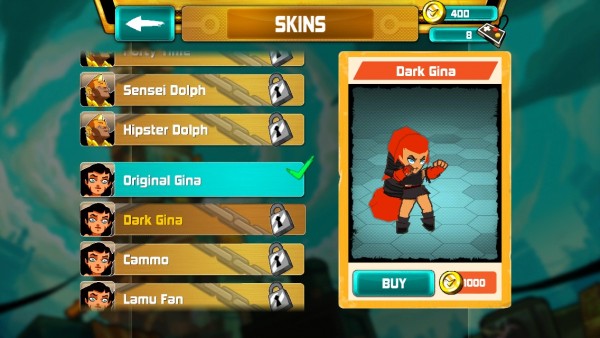