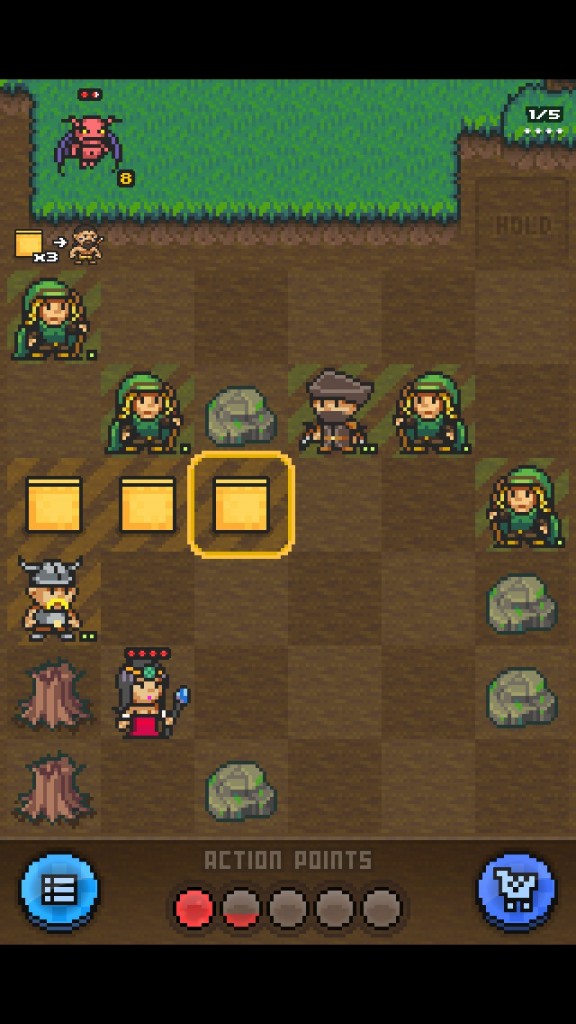 Pixel Defenders Puzzle ($0.99) by Social Titans LLC is a clever mix of match-three and RPG combat in one addictive, retro game.

I’m definitely a sucker for match-three puzzles, since they combine the right amount of fun gameplay with challenges, and it’s pretty fun to sit down and relax with them. But I also love RPG games, with the strategy involved with combat against various creatures. So just imagine how excited I was to see Pixel Defenders Puzzle, a game that combines both of these game genres into one. Oh, and it sports a great 8-bit look and a fun chiptune soundtrack that is sure to rev you up for matching and fighting! 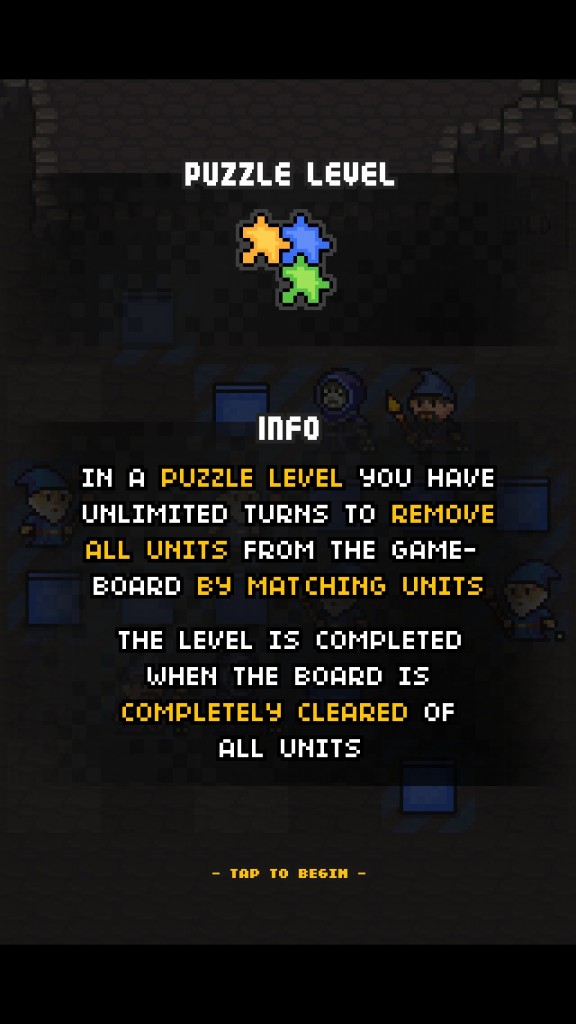 There are two game modes: Classic (not officially, but it’s just the mode you get when you press Play) and Endless.

The Classic mode will give you 36 levels to battle your way through, with increasing difficulty as you make your way. You will need to place blocks and match them in groups of three to create hero units. Then match three hero units to upgrade them to the next tier, and continue doing so to get higher level heroes. Enemies will appear at the top in waves, with up to four enemy units in each wave. A number on them represents how long until they take their turn and attack, so make sure to hack away at them before they get a chance to do harm.

As you match units on the screen, you’ll get action points (up to five at a time). You can use these action points to make your units attack enemies, or even heal others, with higher level units being more potent. These units can only perform actions a few times before disappearing, so make sure to keep an eye out on the turn remaining indicator for individual units. Special blocks will also appear, such as wildcard blocks that can be used for any match and void blocks can get rid of obstacles like rocks. There’s also a V.I.P. character that you must protect from enemies, and if they die, or the board fills up with blocks, then it’s game over.

Thrown into the mix will be special puzzle levels, which require you to clear the screen of all units with a one type of block. The first puzzle will be easy, but it gets more challenging and tricky as you move forward.

Endless mode is a bit different. While there is still a V.I.P. on the board, there won’t be any enemy units, and your hero units cannot perform actions. Instead, the objective in Endless is to rack up as many points as you can, with higher ranks getting more points in matches. If the V.I.P. becomes trapped with no where to go, they will gradually lose health points. The game ends if they die or you run out of space to place blocks.

Both modes allow players to set aside a block in the top right corner. This piece can be swapped out at any time with the current block with just a tap. 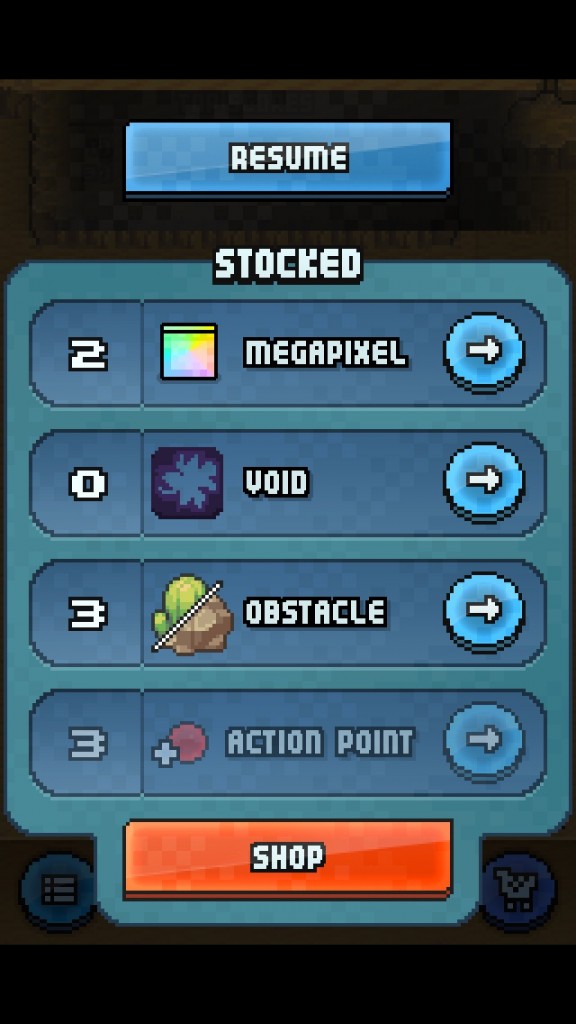 I’m really enjoying this little gem so far. It’s always quite refreshing to see a combination of two different game genres that work great together, and this game is definitely one of them. It reminds me of Crossword Dungeon, another game I reviewed that combines RPG with crossword puzzles for a fun word adventure.

However, Pixel Defenders Puzzle still has some flaws, no matter how fun the game is. First, I couldn’t handle the tutorial because there was no way to speed it up, and it got rather drawn out and lengthy, so I skipped it after I finished the first tutorial. There needs to be a way to speed up the tutorials, because in the current state, it’s a tedious process of learning the game.

And I’m a bit disappointed that the endless mode only supports local high scores — there is no Game Center integration for leaderboards. There’s also a lack of achievements — I’m pretty sure that a game like this could have a few things to strive for, right? The game is also not optimized for the screen of the iPhone 5 yet, which doesn’t make too much sense to me (it’s been out since September). Hopefully an update can amend this.

Despite these flaws, I’m still enjoying Pixel Defenders Puzzle. I mean, it’s match-three and has combat, what more could you ask for? You can get it for yourself for only $0.99 in the App Store for your iPhone and iPad. 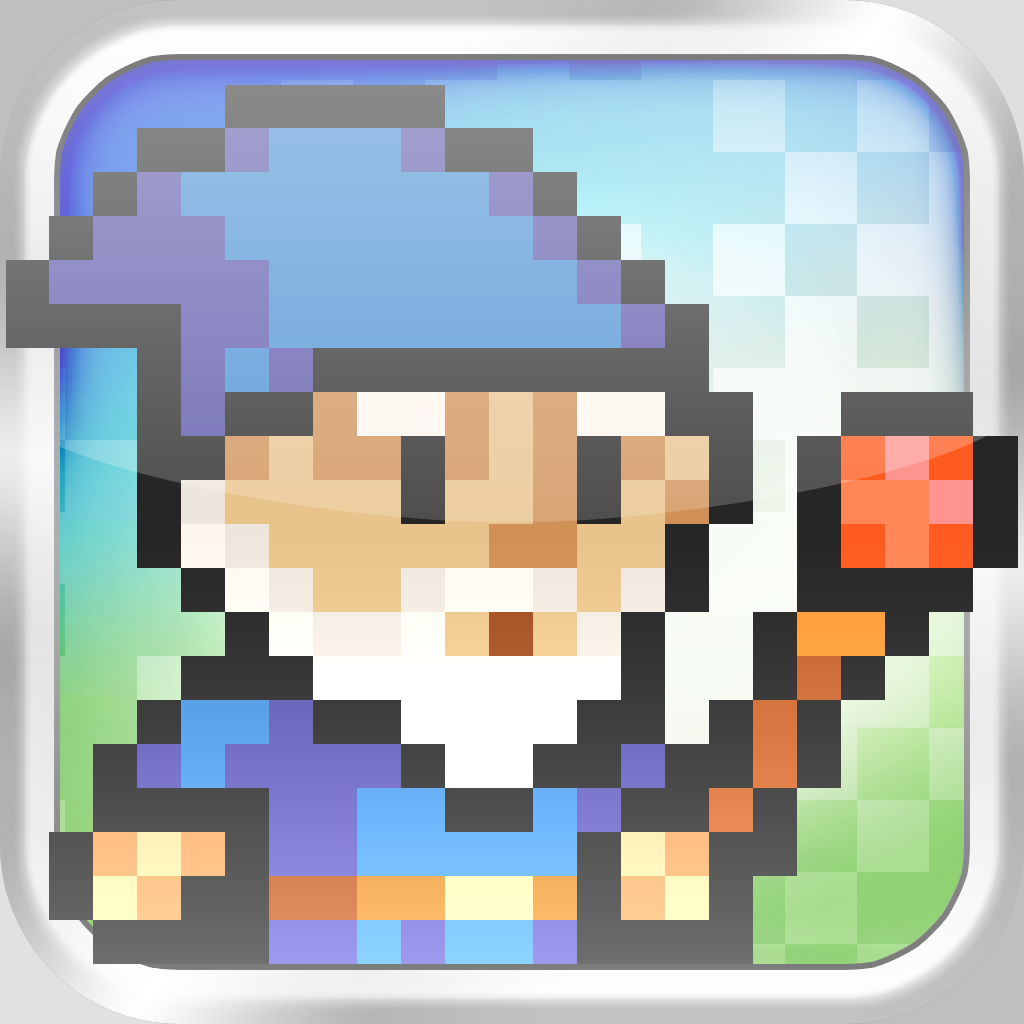 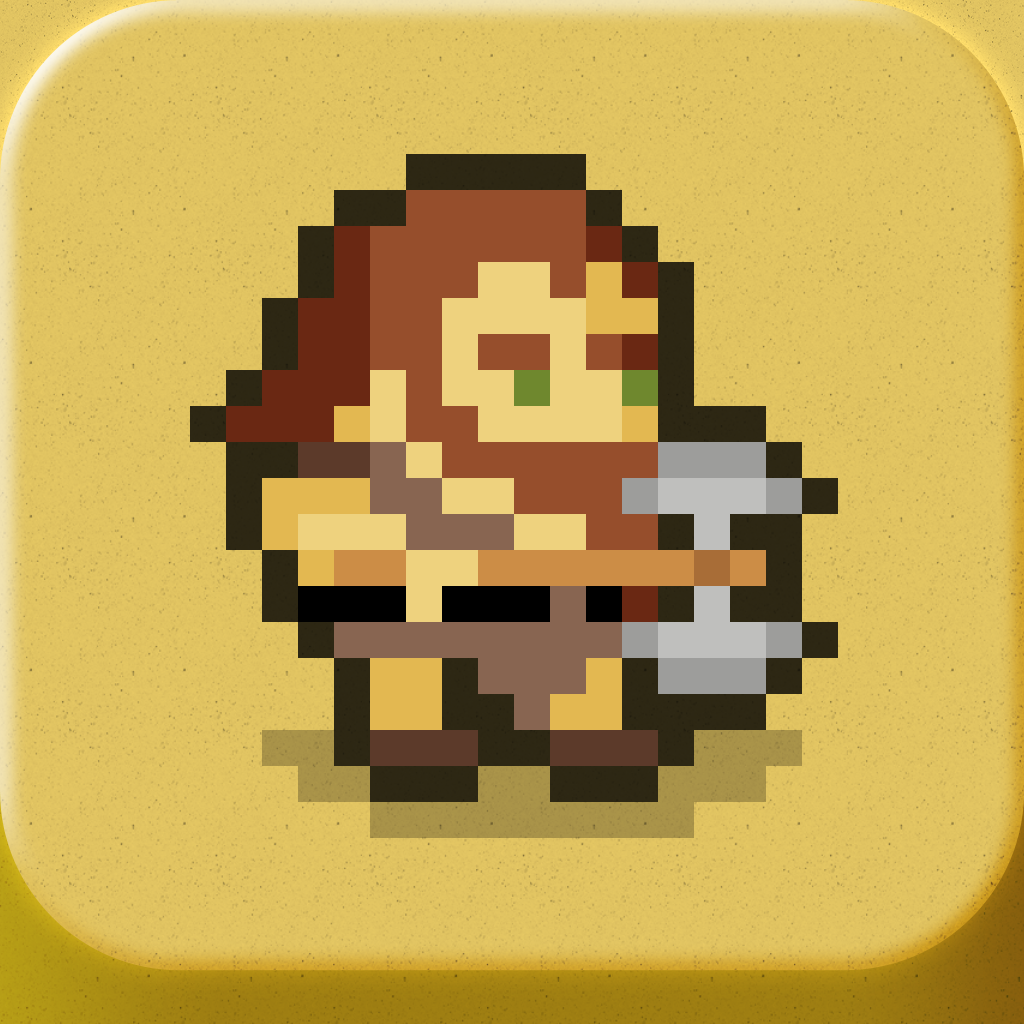 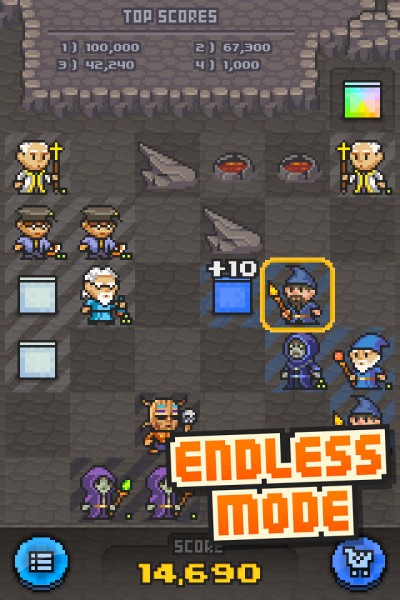 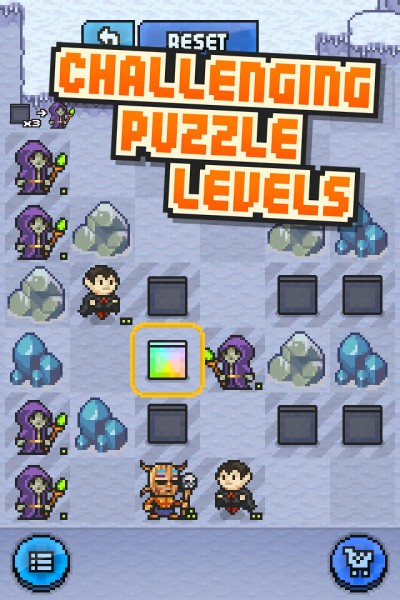 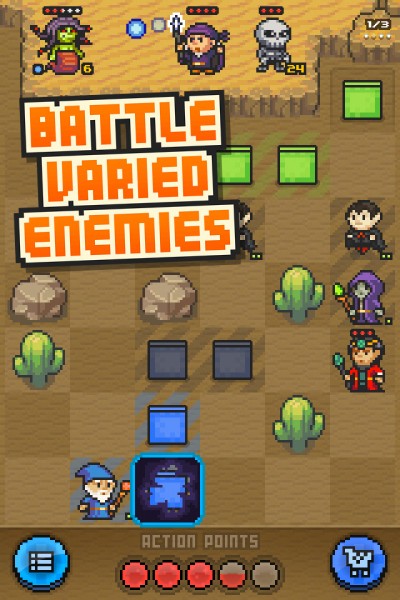 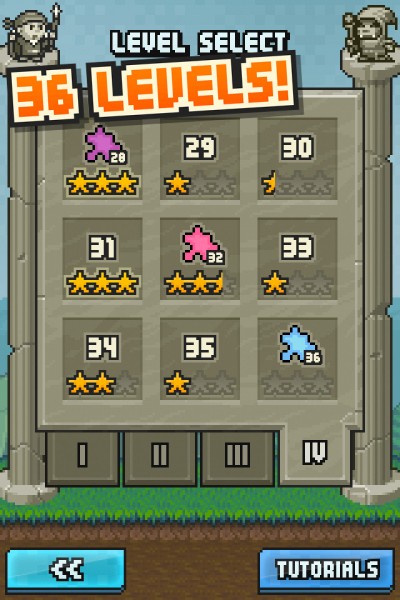 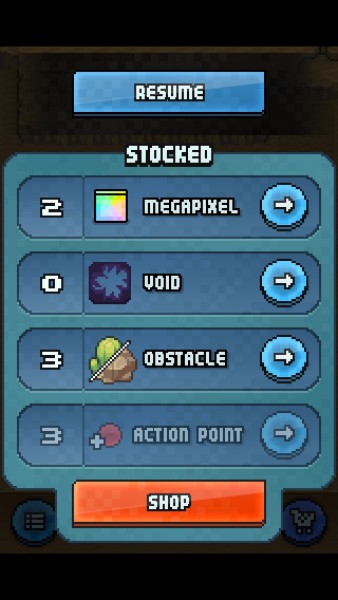 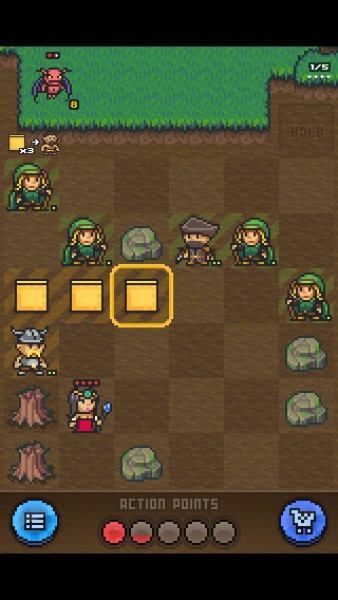 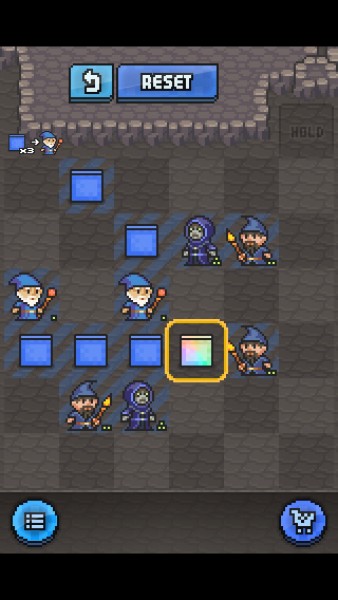 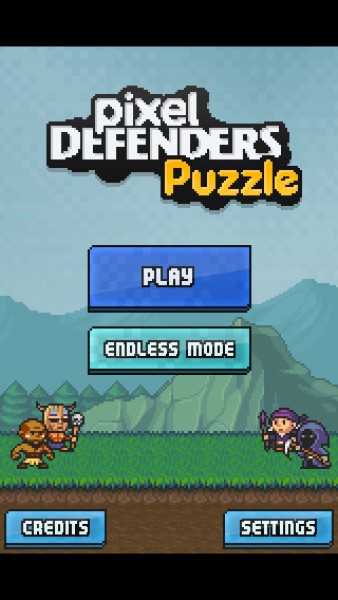 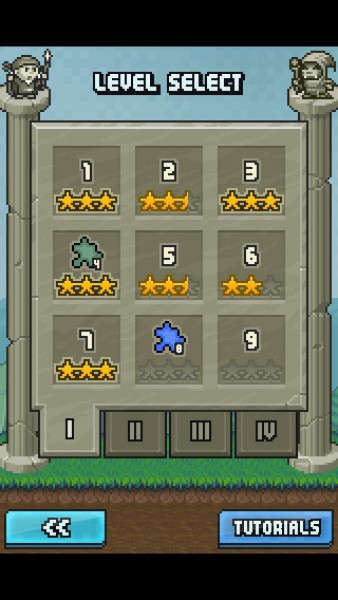 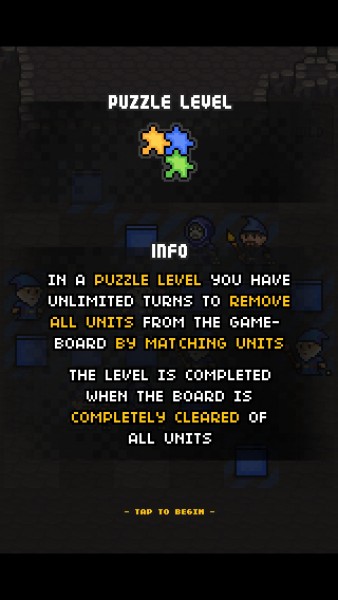 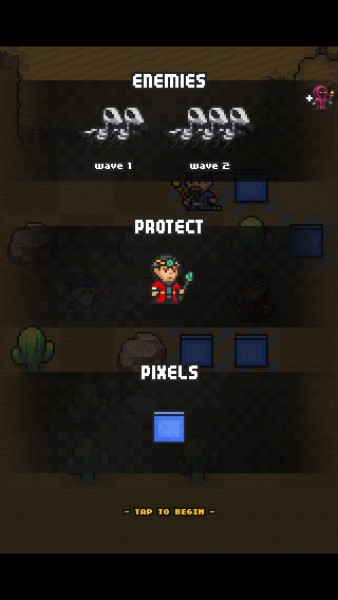 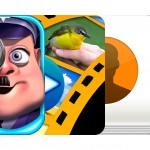 Today's Best Apps: Who Am I, FotoSlides HD, Contaqs And More