You are using an outdated browser. Please upgrade your browser to improve your experience.
by Lory Gil
December 12, 2012 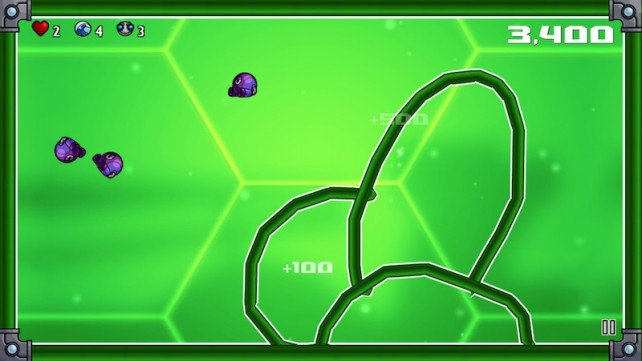 Nanomites ($0.99) by 3D Avenue is an arcade game that pits man against micro machine. Divide and conquer is the strategy of this game. When you split the mini bots from their companions, watch them blow to bits. 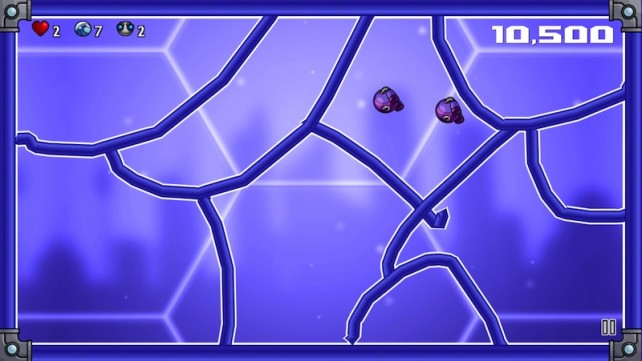 Players are faced with oncoming waves of invading Nanomites. The only way to defeat them is to split them from their group individually. The magnetic force field that you create turns them into a puff of nano-smoke.

Once the first line is drawn, players can use the existing force field as the starting point for new lines. For example, if you trapped and destroyed one Nanomite with a diagonal line from one screen edge to another, the new line that you draw can begin on the first line and end either on the same line, or another edge.

As you split the Nanomites up, they lose their power and are destroyed. The goal is to obliterate every one that is on the screen by dividing them up. When you’ve cleared the room, you move on to the next wave.

Each wave gets increasingly difficult as new Nanomites show up with different abilities. For example, the most common Nanomite moves smoothly through space at a steady speed, but others will stop and start in a stuttered movement that makes it difficult to know where they will go next.

This is a survival game. When you lose all three hearts, the game is over and you have to start again at the beginning. Because of this, it can make the game feel frustrating. Why not let us start at the level we just died on? 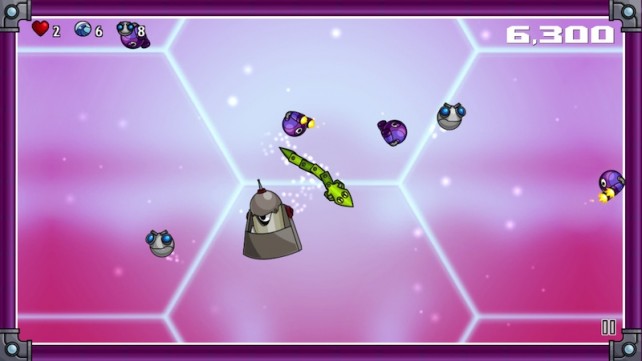 Even though players have to start over when they die, the game is lots of fun. It adds to the intensity when you’ve exhausted two hearts and finally make it to the next wave. One false move and you will have destroyed everything you’ve worked so hard for.

Nanomites is compelling and challenging. However, being thrust back to the beginning of the game, no matter how far you’ve gotten, can be a bit irritating. I’d like to have the ability to start on the level I’ve just died on. Other than that, this app is fun for fans of simple arcade games. 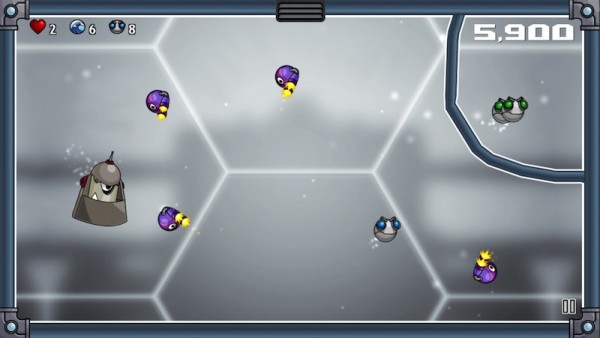 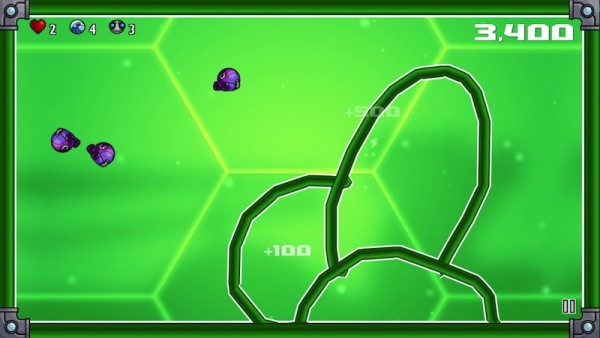 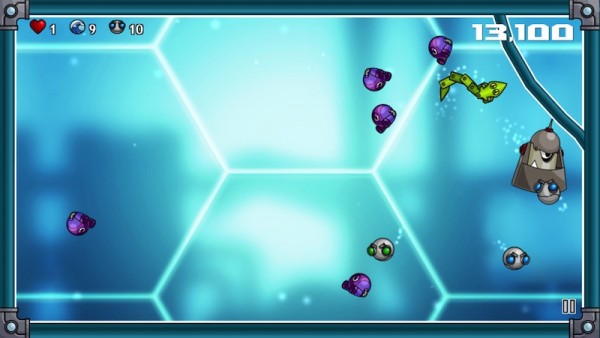 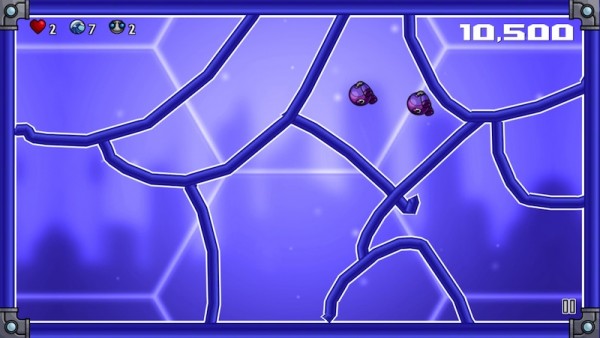 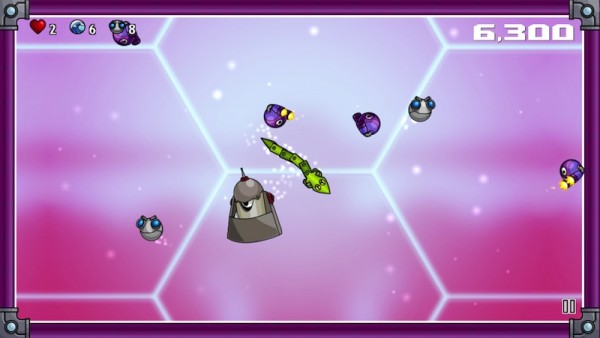 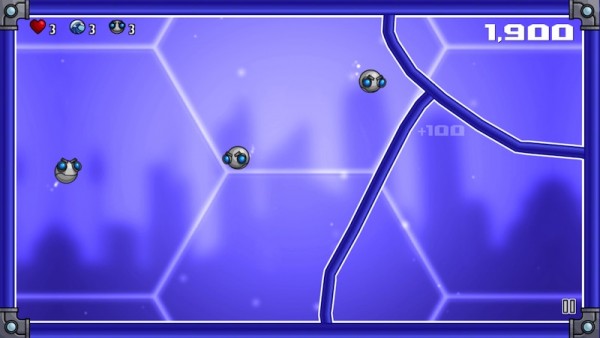 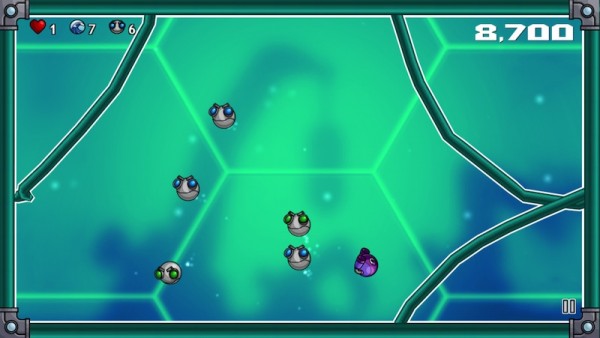