You are using an outdated browser. Please upgrade your browser to improve your experience.
by Christine Chan
November 10, 2016 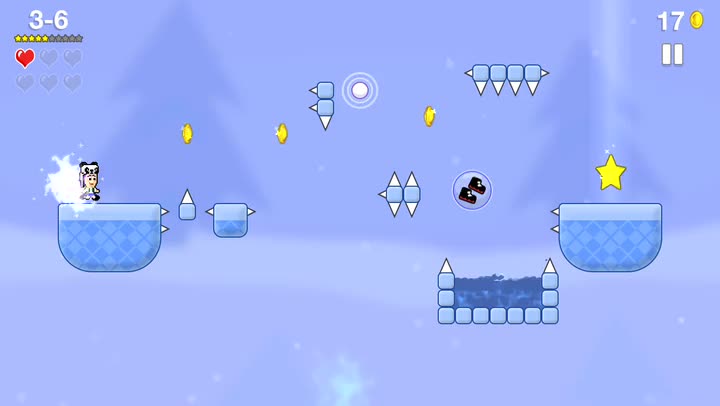 Mikey Jumps (Free) by BeaverTap Games, LLC is the latest game in the Mikey Shorts franchise, and it’s a perfect combination of everything that made the series great. If you love platformer games that offer a mix of speedruns and twitchy reflexes, then you must check out Mikey Jumps (as well as all of the previous Mikey games for that matter).

Ever since the first Mikey Shorts game, I’ve been a huge fan of BeaverTaps’ work. Even with Mikey Hooks and Mikey Boots , I loved it all, especially the third one. I grew up with classic platformers like Super Mario Bros., so I have a soft spot in my heart for them. And as much of a mobile game advocate I am here at AppAdvice, I know how incredibly hard it can be to find an iOS game that nails the controls perfectly, but the Mikey games have always been on-point with controls and gameplay. This is one of the main reasons why I love the Mikey games so much, but it’s also because of the quirky character and dozens of costume variations that add some humor to the game as well. When I heard that BeaverTap games was set on releasing a fourth Mikey game after a two year absence (Mikey Boots came out in 2014), I was ecstatic and could not wait to get my hands on it. And now Mikey Jumps is here, and it is a great combination of the various gameplay mechanics that the previous three games offered, but all in one nicely wrapped package. 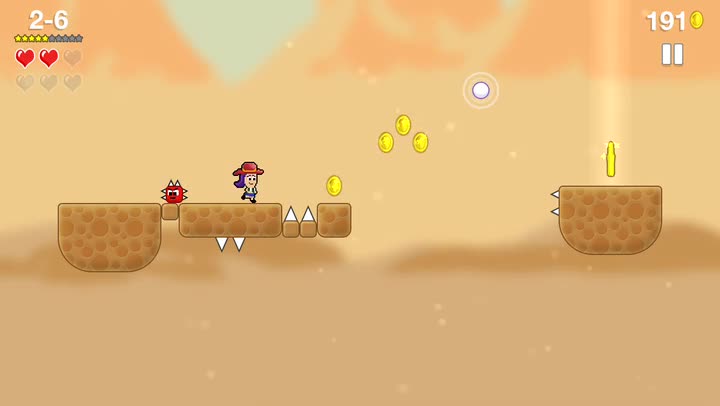 Visually, Mikey Jumps stays true to the other games in the series with the retro 16-bit graphics and bright, vibrant colors. The level layouts are clean, crisp, and packed with nice little details like shading that give it a bit of depth on an otherwise flat aesthetic. The foreground is also a great contrast with the bokeh-style backgrounds in the distance, which include settings like the jungle, snowy mountains, hot canyons, and even outer space. Even though Mikey is a small, pixelated dude, you can see all of the details of the various hats and facial features that you can customize him with, which has always been on of the more hilarious parts of the franchise. Animations are incredibly smooth on my iPhone 7 so I had no lag, and the game comes packed with the awesome chiptunes that are a delight to the ears. Once again, BeaverTap Games knocked it out of the park with Mikey Jumps.

Like the previous entries in the series, Mikey Jumps is a level-based speedrunning platformer. In this iteration, there are only 20 levels, but each level consists of 10 sections that you’ll have to maneuver your way through to successfully clear it. While it doesn’t sound like much, the difficulty of the game gets increasingly harder, and you’ll need to dust off your pro Mikey skills to get through them all. The objective in each stage is to get from the starting point to the big star that signifies the end point. Along the way, you’ll have to avoid dangerous spikes, pesky critters, and collect coins to spend on fun accessories. If you’ve played the previous games, this is all second nature to you. If not, it’s still pretty straightforward. You can always check your progress through a level by looking at the gauge in the top left corner.

The controls in Mikey Jumps are super simple, intuitive, and responsive. Unlike the first two games, Mikey moves forward automatically, just like in Mikey Boots. To jump, just tap on the screen, and hold your finger down to perform a longer jump. As the hooks element is introduced, you just tap-and-hold on the screen when Mikey is near an anchor point (indicated by the white circle) to use your grappling hook and swing across to safety. For the gravity boots, you’ll have to collect the item first in levels that have them, and then tap-and-hold the screen as necessary to gently float and glide past danger. As you get further along in the stages, you’ll have to make use of all three mechanics (jump, grappling hook, and gravity boots) to get to the star, so it is rather challenging. 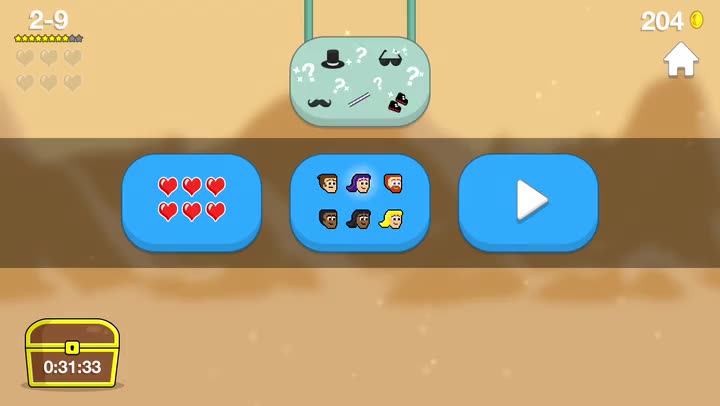 What makes Mikey Jumps different from its predecessors, aside from implementing all three game mechanics in one, is the fact that each level is split up into 10 stages, and you only have three lives to get as far as you can. You lose a heart for each time you hit a spike or enemy, or fall to your doom, and once you’re out of lives, it’s game over. You can pick up at the level you last reached, but must start from the first stage again.

The coins that you pick up in levels can be used for the slot machine that gives you three randomized selections of items for your characters, which include hats, ropes, and floaty boot trails. A spin will cost 100 coins each, and you can only pick one item to keep. The game also includes six characters to choose from because diversity is welcomed, and with over 250 items, there’s a lot of replay value here. And if you’re running low on coins, don’t worry — the game has a timer on a free gift (the wait isn’t too long) and you can get a good chunk of coins at a time from it.

I’ve been playing Mikey Jumps today as a getaway from all of the problems ailing me in reality right now, and it’s a nice escape. I’ve been a huge fan of the Mikey games from the past, so I was super excited for another entry in the series that combined everything into one awesome package, and BeaverTap Games certainly delivered. I just wish that you could buy the items you want, rather than depend on luck with the slot machine, but hey, iI guess it will just keep the game around longer for me until I get what I want.

I recommend downloading Mikey Jumps if you’re a fan of the previous games, or just enjoy a good speedrunning platformer game in general. You can find Mikey Jumps on the App Store as a universal download for your iPhone and iPad for free . There are in-app purchases. 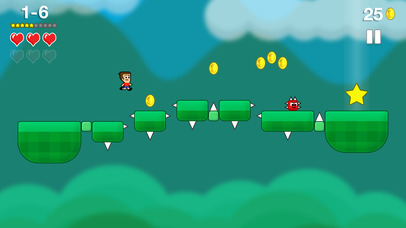 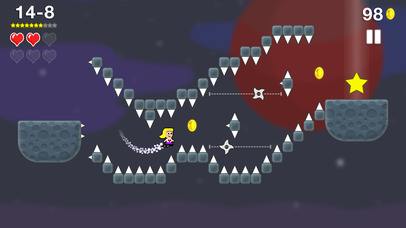 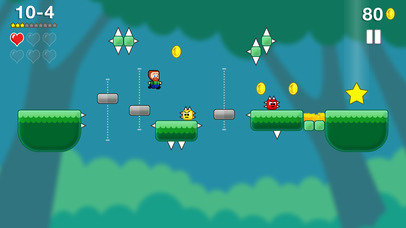 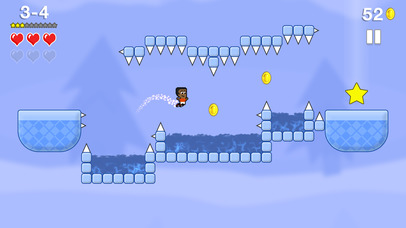 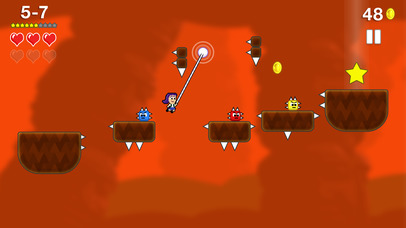