You are using an outdated browser. Please upgrade your browser to improve your experience.
by Juli Clover
February 1, 2013 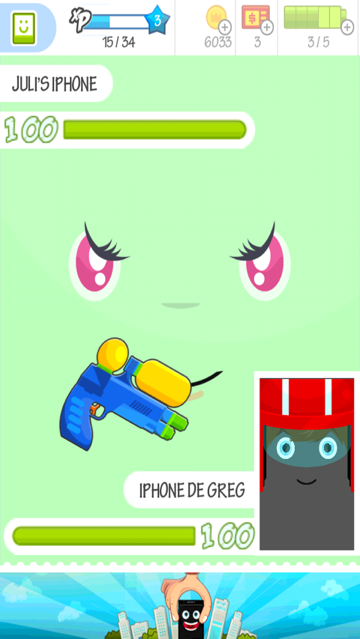 PHONE FIGHT – The best ever multiplayer fighting game! (Free) by MOB IN LIFE is a freemium game that turns your phone from an ordinary electronic device into an awesome fighter that battles against other phones. It isn’t a typical pet app like Hatchi that puts a virtual pet in your phone, it’s an app that turns your phone into a digital battler.

The first thing you do after opening this app is to establish a face, by choosing from several different facial features like eyes, nose, mouth, and hair. You are limited to just two options at the beginning of the game, but you can get more by tapping a button and waiting a set amount of time for them to be available.

After getting a look, you will be assigned missions. Like in most freemium games, the missions guide you through the gameplay. You’ll be instructed on how to fight, how to change your appearance, and how to buy weapons. 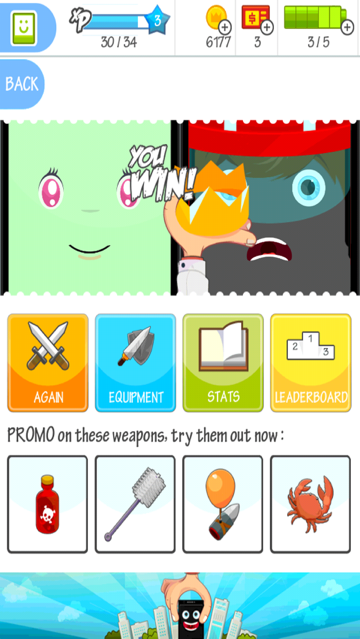 All of these actions are completed with a series of taps, which means this is not a complicated game. You’re not doing any of this fighting yourself – you’re just watching it be carried out virtually. If that sounds a bit boring, well, yeah, it is.

Though I generally like pet-style games that allow for customization, I was disappointed with how slow this app ran on my iPhone 5. It was sluggish, which was irritating.

Lets get back to the fighting though, which is the main point of the game. Once you have a mission for a fight, you can battle other phones, including your friend’s phones. You will use various weapons and items in the fight, which will help you win. If you’re victorious, you’ll be rewarded with coins, which are used to purchase more enhancements, and experience, which adds to your level making enemies more difficult. 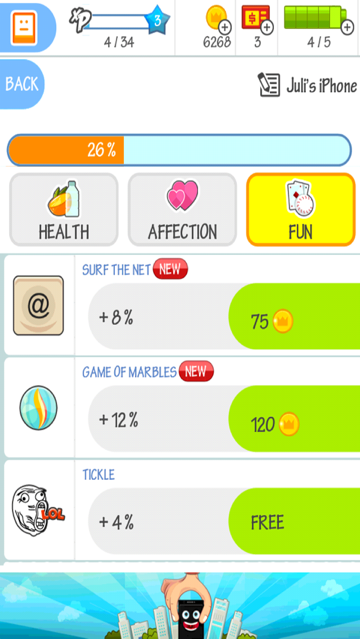 Like any pet game, you need to feed and care for your phone. This also takes coins, so you will go through your resources quickly. Don’t worry, though! You can buy more coins in the app, which is what the game developer wants you to do. In addition to coins, there’s also an energy element that slows down the gameplay.

Fighting and other actions take up energy, which must be refilled with cash or time. It’s a total snooze fest.

Phone Fight does have more than 400 missions and 99 levels, along with 300 weapons to earn, but it uses typical freemium mechanics that restrict gameplay, making it quite a bit less fun than it could be. 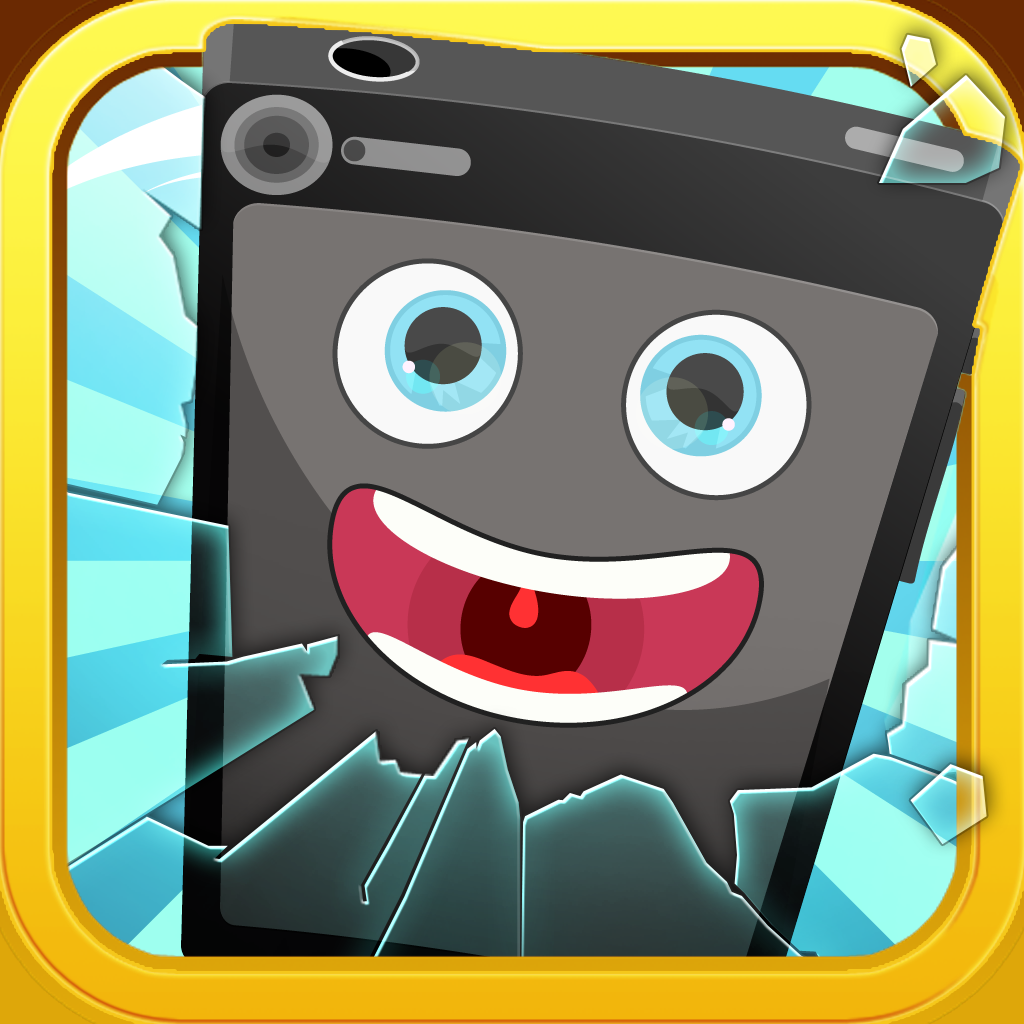 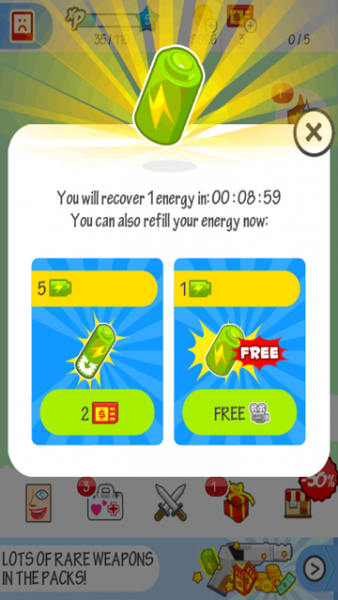 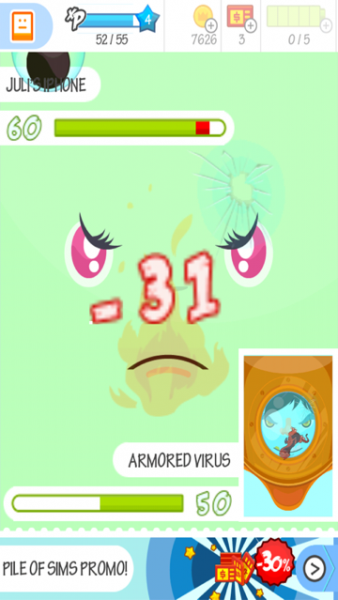 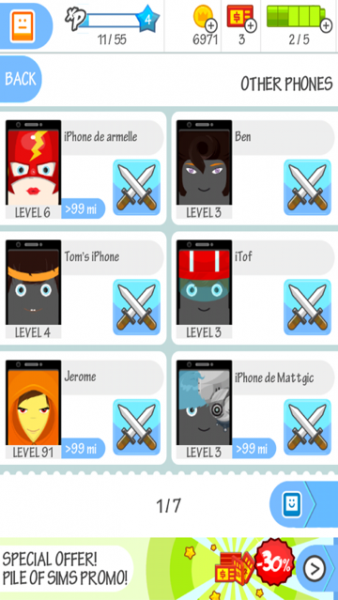 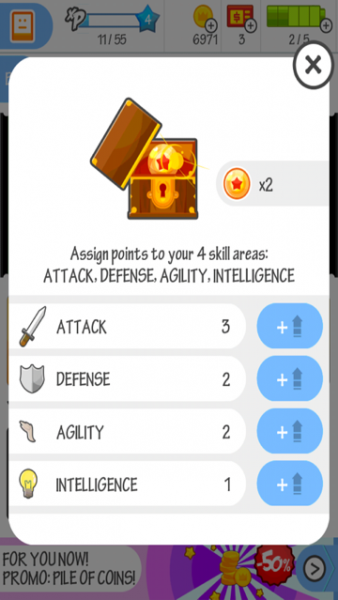 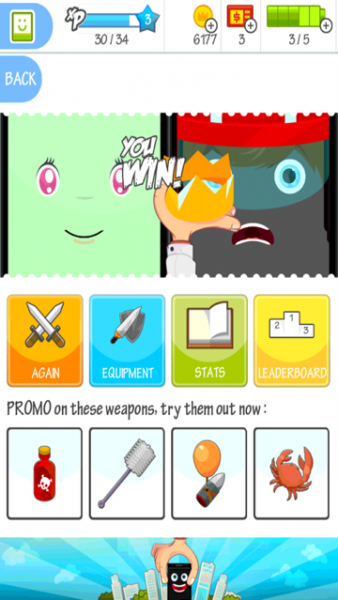 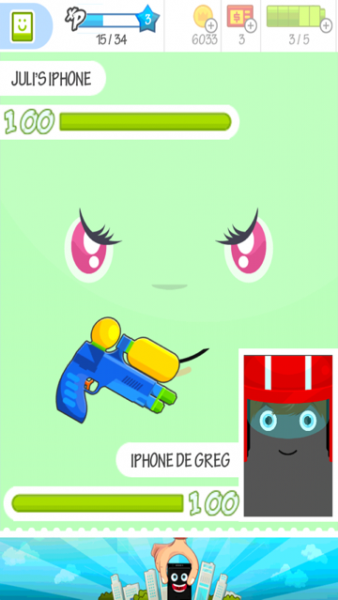 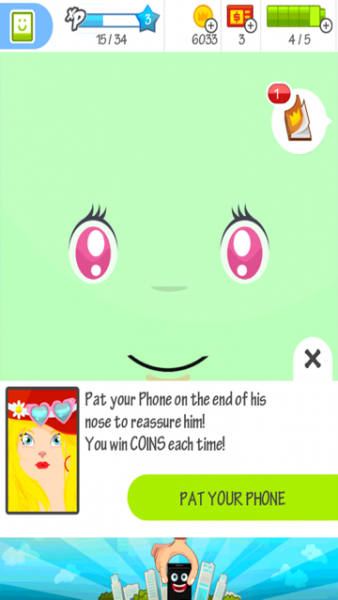 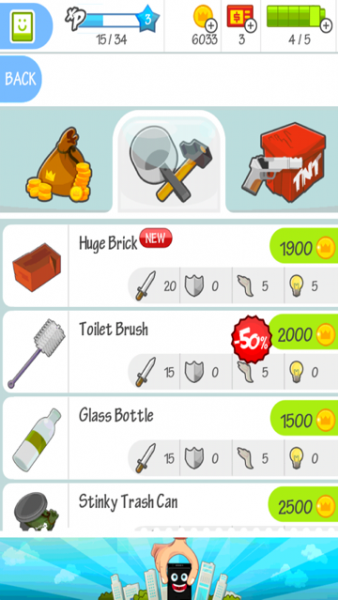 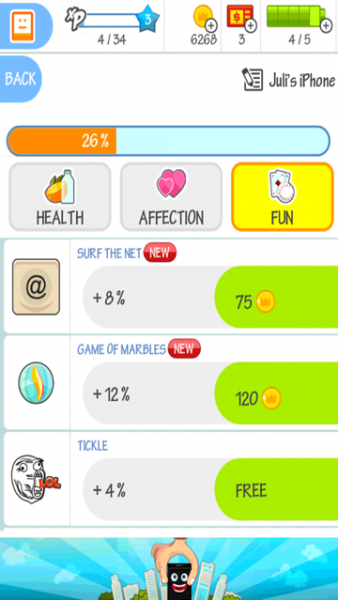