You are using an outdated browser. Please upgrade your browser to improve your experience.
by Christine Chan
May 28, 2015 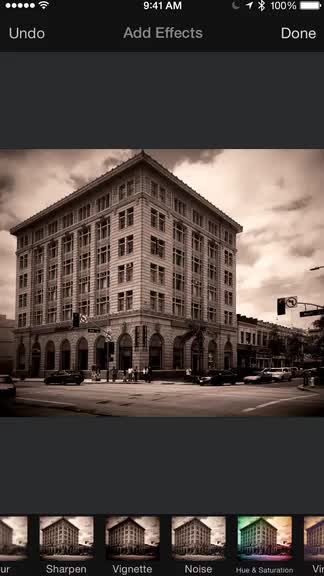 Pixelmator ($4.99) by Pixelmator Team received a huge update on May 27, making it a universal app for both the iPad and iPhone. If you’ve been itching to get your Pixelmator fix on your iPhone (especially the larger screens of the 6 and 6 Plus), then now is the perfect time to do so. For the iPhone, Pixelmator joins the ranks of other great photo editing apps such as Enlight and more.

Even though I don’t do much image work, I have been using Pixelmator for several years on my Mac since Photoshop was way too expensive for my needs, and Pixelmator has done the job fine. When it was demoed on the stage of the iPad Air 2 and iPad mini 3 event, I got excited at the thought of having the power of Pixelmator on a device other than my Mac. However, I haven’t upgraded my iPad in a long time (still have the third generation with only 16GB of storage), so I didn’t even try using the iPad version. But then news came earlier this month of Pixelmator coming to the iPhone as well, and I knew that this was finally my chance to try Pixelmator on iOS. 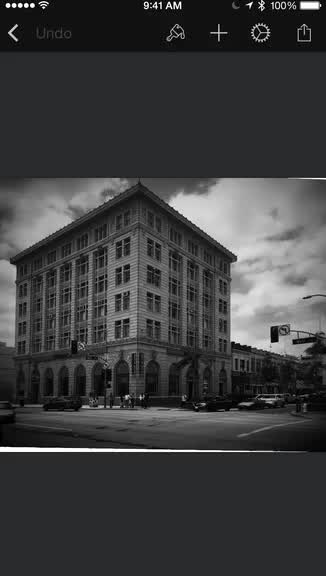 The design of Pixelmator is fairly simple and even feels a bit bare bones on the surface, despite all of the power and functionality of the app. The dark color scheme is nice and easy on the eyes, and puts the focus on the images and photos that you’ll be creating and editing. The menus are easily accessible and all of the tools are neatly organized. In fact, the menus rearrange themselves to better suite landscape mode as well, which is a nice touch. The app is fast, responsive, and makes great use of gestures to access image layers. If I didn’t know any better, I would have thought that this is an app that came directly from Apple. But be warned — since an iPhone screen will never be as large as an iPad, things may feel a bit constrained at times.

If you use Pixelmator on the Mac or the iPad, then you’ll be happy to know that there is full iCloud support for saving your work. So even if you start a project on the iPhone, it can be continued on from your Mac or iPad. It’s seamless, so those who depend on Pixelmator full-time will be able to work from anywhere at anytime.

Pixelmator has four options for a new project in the app: Create Image, iCloud Drive, Photos, or Take Photo. The Create Image option is great for those who like to paint or draw in Pixelmator, as you start with a blank canvas. However, there are also templates for collages, frames, cards, posters, photography, and vintage effects if that’s what you’re looking for. Keep in mind that the templates must be downloaded first, so it may take a while before all of them are added to your collection.

With iCloud Drive, Pixelmator brings up your entire iCloud Drive library, and you can look for other Pixelmator projects or images if that’s where you store them. The Photo option just needs access to your Photo Library, and Take Photo lets you snap a new capture directly from the app.

Since I don’t have much experience with drawing or graphic design, I am just using Pixelmator for basic photo editing. All of the tools you can use are under the “Tools” menu, which is accessed from the paintbrush icon in the header bar. The app includes Paint and Erase, Retouch, Distort, Adjust Colors, Add Effects, Select, Crop, and Format.

Since I am using the app mainly for photos, the two tool sections I’m using the most are Adjust Colors and Add Effects, naturally. Adjust Colors features eight different color filters to apply to the image, and then swiping horizontally reveals more options, including the curve levels, color (brightness, contrast, saturation), RGB values, and white balance. A single tap on the filters or sliders will let you preview it before you apply it, and you can change your mind any time by tapping “Cancel” to return to the canvas or “Undo” your last edit. 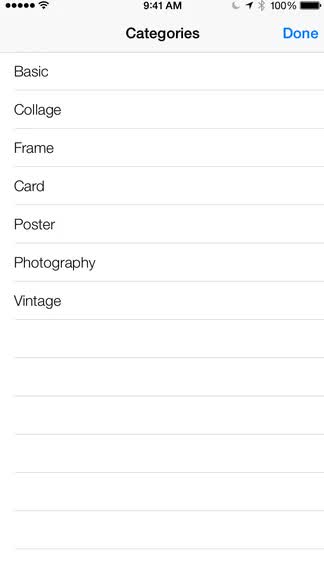 There are a ton of different effects in Pixelmator, and they are all organized by category, so you aren’t scrolling through an infinite ribbon at the bottom. It comes with the usual stuff, like blur, sharpen, vignette, and noise, but there are fun ones too, such as bokeh, light leaks, vintage, black and white, kaleidoscope, and more. Most of these will have a circle that you just slide your finger around to adjust the intensity, while others have different points on the screen for you to drag and adjust the positioning of. The little bouncy animation of the dashed lines on things like light leaks is a great touch.

While I don’t need to use the Select tool often, it is there, and includes five different methods: Free, Elliptical, Rectangular, Magic Wand, and Paint Selection. You can also choose to Add To or Subtract From in the refinement area. The crop tool provides original and square crops, as well as four different aspect ratios. There are several different brushes that can be used for painting and erasing, with fully adjustable size and opacity levels. Retouch has nine different tools for perfecting your portraits: Repair, Lighten, Darken, Clone, Sharpen, Soften, Fix Red-Eyes, Saturate, and Desaturate. Images can also get distorted by warp, bump, pinch, left or right twirl, and restore.

Since this is Pixelmator, you can have multiple layers to your images, which is done by tapping on the “+” button when viewing an image. Layers can be images, another canvas, text, or shapes. The Settings on an image allows users to see the image size and rotate it if needed, and you can turn on guides like the ruler if you need precise measurements. The Share menu lets you save the image to your Camera Roll, send a copy by picking a format and then choosing a service from the native Share Sheet, open in another app, or save to iCloud Drive.

While I may not be using all of Pixelmator’s features, I do love the simplicity and power of the app itself for my needs of basic photo editing. Given the constraints of a smaller screen, I think the Pixelmator team did a great job with bringing their app over to the iPhone. It’s intuitive enough to use for the basics, but has a lot of extra power when you need it. However, I think I would have preferred the tools all available separately as tabs at the bottom, rather than always having to access the menu from the top of the screen in both portrait and landscape mode. 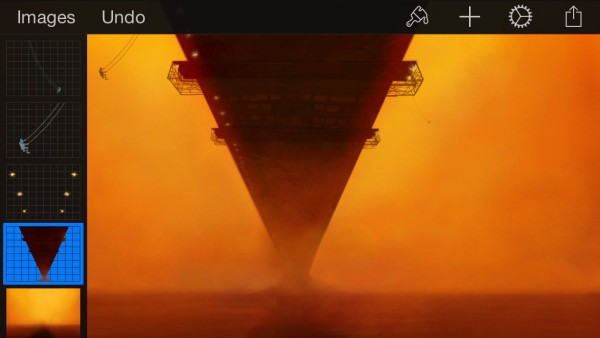 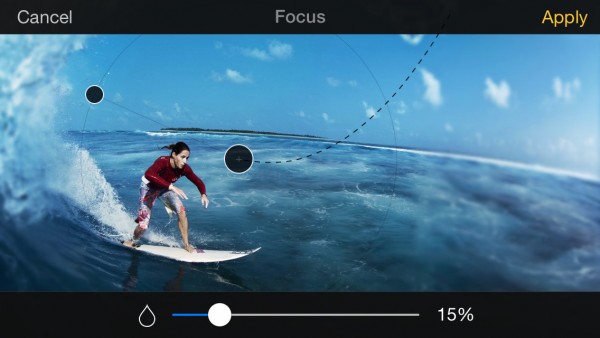 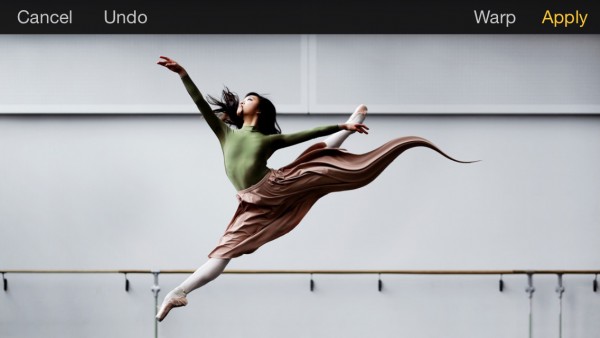 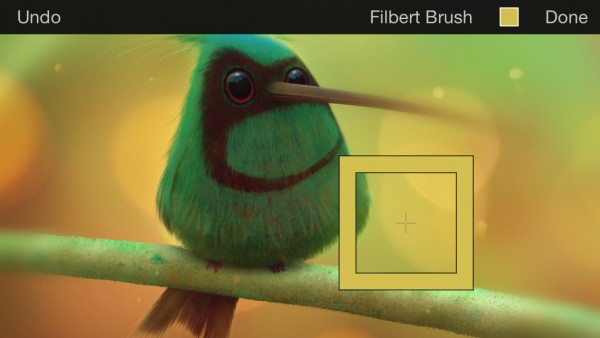 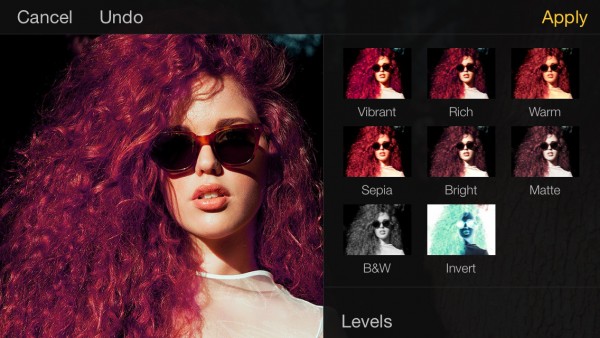 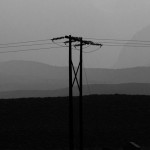