You are using an outdated browser. Please upgrade your browser to improve your experience.
by Christine Chan
July 15, 2016 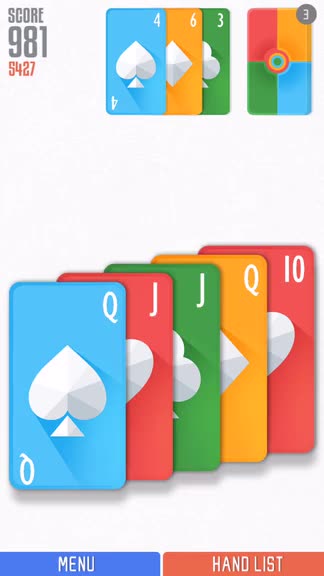 Politaire (Free) by Pine Entertainment is a combination of both poker and solitaire. If you enjoy card games like Sage Solitaire and Pair Solitaire, then you will love what Politaire brings to the table.

Like everyone else in the world, I have wasted tons of hours just playing solitaire on the computer back in the ‘90s. I mean, who didn’t? It was a pre-installed game that was fun to play to pass the time, and when you cleared out all of the cards and saw that awesome celebratory animation, you couldn’t help but cheer, right? Yeah, maybe that was just me as a younger kid, but the memories are real. I’ve enjoyed playing card games ever since then, especially if they’re fresh new takes on the classic solitaire. When the news of Politaire hit my inbox, I was eager to give it a try for myself, and I’m so glad I did. 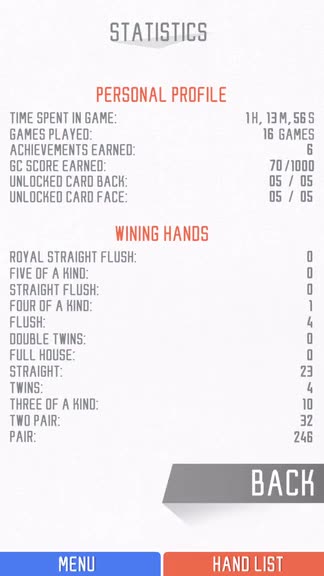 From a visual perspective, Politaire is stunningly gorgeous. Like the other two solitaire games I’ve mentioned, Politaire has a minimalistic but stylish aesthetic that you’re bound to just fall in love with on first sight. The background is white with a subtle paper texture to it, which shows how much care the developers put into creating the right design. If the white is too bright for you at night, there is a Night Mode that can be toggled in the settings, which turns the white background into a dark blue black. The colorful card back contrasts nicely with either backdrop, and the card faces have a beautiful designs that will catch your eye. Animations in the game are as smooth as butter, and while there isn’t too much in terms of background music, Politaire has some delightful and whimsical sound effects. For a mashup card game, Pine Entertainment did a great job in the visual department.

There are two game modes in Politiare: Single and Double Deck, though the latter has to be unlocked through the in-app purchase, which also gets rid of advertisements. Single and Double Decks still play the same, though, it’s just the fact that Double has twice as many cards for you to go through. The main objective for both remains the same: clear the board by making poker hands with the five active cards in your hand. If you’re unfamiliar with poker hands, there is a handy reference guide that you can pull up at any time, even while you play. The hands that you make will net you a varying amount of points, depending on what it is, with the most being a royal straight flush. If you are able to get consecutive hands, that starts a combo, which means even more points. The game ends once you clear out all of the cards (win), or if there are no moves remaining (lose).

Playing the game is simple enough. In the beginning, you’ll start off with five cards in your hand. On each turn, you can select up to three cards by tapping on them. If you want to discard them, just swipe up, and then you’ll draw an equal amount of cards from the draw deck that you just discarded. The cards you just discarded go back in the pile and show up again once you cycle through everything else. When you make a poker hand, the cards will automatically slide up and you’ll see what hand you just made. The game will also tell you how many points that was worth, which is also useful when you start a combo. And since you’re able to see what the next three cards from the draw stack will be, it’s worth it to plan ahead. Even though you can discard cards from your hand and reuse them later, there is an end to the draw stack — once it’s out of cards, that means game over if you didn’t clear out your hand. When you do clear the board, your score is multiplied depending on how fast you were able to finish. 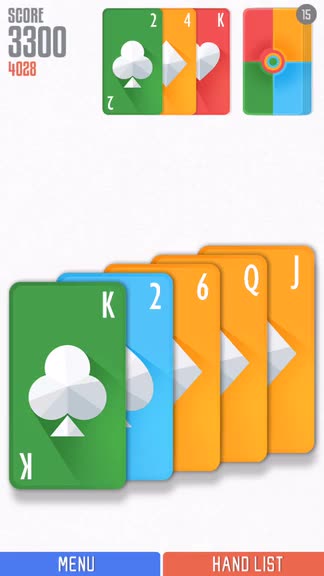 The thing with Politaire is that since it’s a free game, you only get single deck mode to start with. And after each game, you’ll have to endure a video ad. I honestly don’t mind ads if they’re not too obnoxious, but I thought that seeing a video after each game was a bit annoying. Personally, I thought the game was fun enough for me to enjoy regularly, so I ended up buying the in-app purchase option for Double Deck mode and removal of ads. But this comes with a bonus: more card back and face designs, which are great if you get bored with the standard design.

While the world seems to have been enveloped in Pokémon Go fever, I still need some games to enjoy in my downtime when not hunting for Pokémon. Politaire fits that bill perfectly, and it’s a card game that I’m loving at the moment whenever I have a few minutes to spare. The minimalistic visuals are perfect and the mashup gameplay of poker and solitaire means an interesting and challenging puzzle. I just wish that the ads weren’t so frequent, and only showed up after every few games instead.

I highly recommend checking out Politaire if you’re into card game puzzles at all. Plus seriously, who can resist poker and solitaire rolled up into one? Politaire is available on the App Store as a universal download for your iPhone and iPad for free with an in-app purchase for ad removal and Double Deck mode. 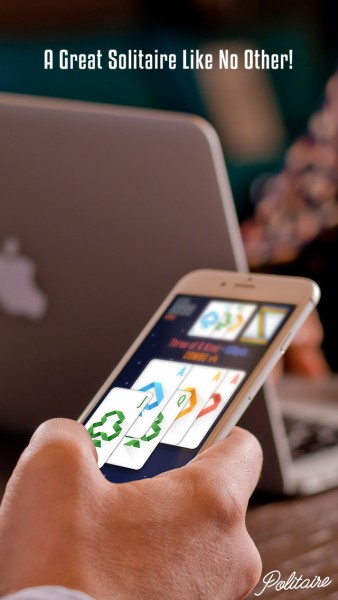 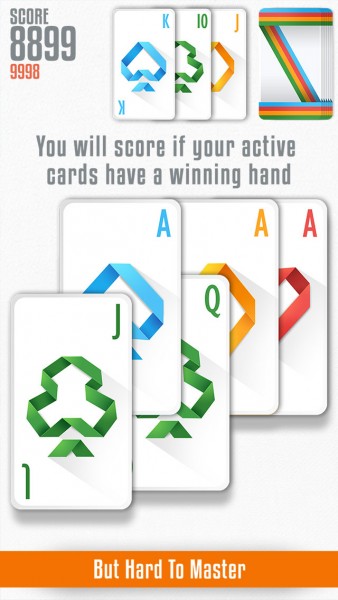 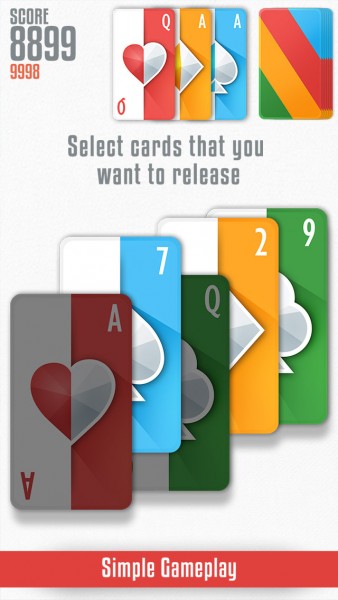 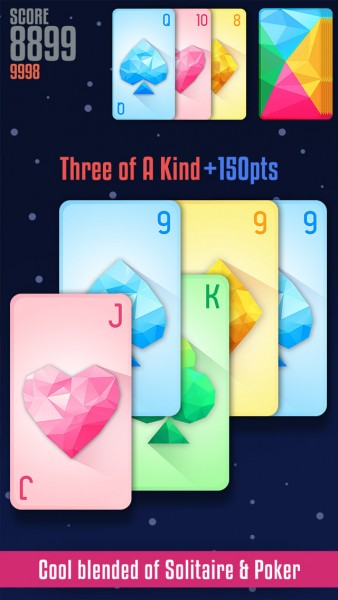 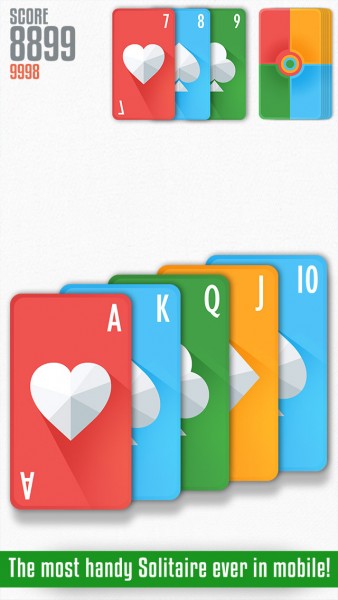