You are using an outdated browser. Please upgrade your browser to improve your experience.
by Christine Chan
January 14, 2016 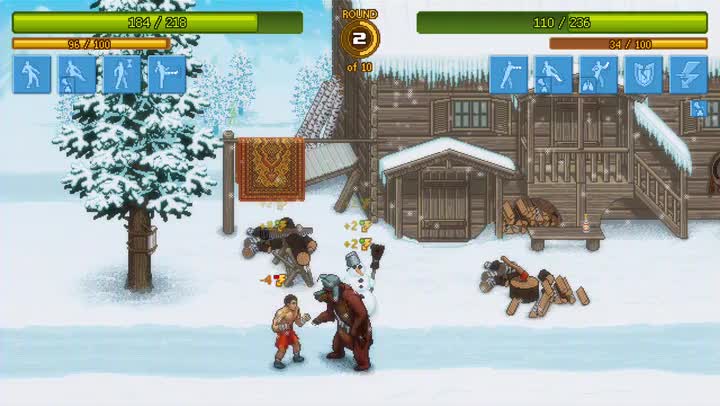 Punch Club ($4.99) by tinyBuild LLC and Lazy Bear Games is an indie fighting management RPG game that involves a lot of strategy as you progress from zero to hero. If you enjoy sport simulations that have a gritty story on top, then Punch Club is the game for you.

I’ll be honest — I’m not exactly the biggest fan of sports or even sport games in general. However, I have been a fan of the tinyBuild team since I played some of their other games, like Spoiler Alert and Divide By Sheep, and even met the cool folks at E3 last year. I did get a sneak peek at Punch Club at that time, and it had the retro aesthetic that I love, and it even reminded me a bit of Punch-Out!!, one of my all-time favorite games as a kid. So of course, I had to get my hands on this as soon as it was released. After spending a good several hours at-a-time with Punch Club, I can safely say that this game does not disappoint. 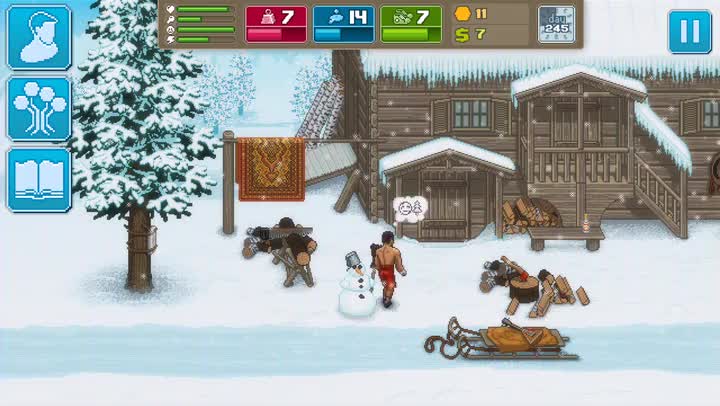 As I mentioned, Punch Club features a modernized appearance while retaining plenty of vintage, 16-bit pixelated charm. However, if you are feeling a bit nostalgic, you can turn on the “Retro Effect” in the options for a completely old-school look and feel. I switch between them often, and appreciate that the retro effect is more of a subtle overlay that is tastefully done. The world of Punch Club is bright and vivid in color, though things can get dark and gloomy as the plot advances. Animations are buttery smooth, so I had no lag or choppiness on my iPhone 6s Plus. The game also has a fantastic chiptune soundtrack that emphasizes your tale of rising to the top, and it’s just delightful to listen to while playing. Plus, the realistic sound effects are a nice final touch to the overall package.

In Punch Club, players will take on the role of a young boy who saw the aftermath of his dad, who was a boxing champ, being shot in the street by an unknown character. You get taken in by one of dad’s friends and then grow up to be a broke man who is trying to find his place by rising to the top of the boxing world, just like his dad. There are plenty of interesting characters that you’ll meet on the journey, and each NPC serves a different purpose. I also recommend going to your mentor, Mick, when you are hungry in the beginning to get a leg-up in the game with a few free meals. But the rest of the game, you’re basically on your own as you take on jobs for cash, train yourself, and figure out which fighting style fits you. There’s also a love interest, and earning her love could be a harder task than all the fights that await.

Your character has four status bars in the top left that represent Health, Hunger, Mood, and Stamina. In order to do anything in the game, you’ll need to keep an eye on your hunger and stamina bars. Mood will affect the frequency of your stat changes when training and performing jobs, and health affects how many hit points you have during fights. Additionally, your character will have three color-coded boxes at the top that represent your strength, agility, and endurance. Training at the gym or at home when your garage is equipped with workout equipment will raise your stats slowly and gradually — you lose some stat points at the end of each day, so it’s important to keep a regular training schedule to stay in shape.

To get anywhere in Punch Club, you’re going to need some money. You start out with a job doing construction that can earn $50 for each completed job, or even deliver pizzas for $30 each run, but be careful about carrying over $100 with you while traveling by foot (free but takes time) in the city — muggers are out there and want your hard-earned cash. You can avoid this by not having so much money with you, or take the bus (faster but costs a few dollars each trip) for a less likely chance of being mugged. Your money needs to get you food at the grocery store to replenish your status bars, training equipment from the sporting goods store (expensive, so save up and be careful), “magic potions” that temporarily boost a selected stat, and even training sessions at the gym that boost your mood. Eventually, you will begin to earn more cash from fights you win in the Rookie League, and there is also the underground fighting ring that gives great rewards but carries a higher risk of injury. 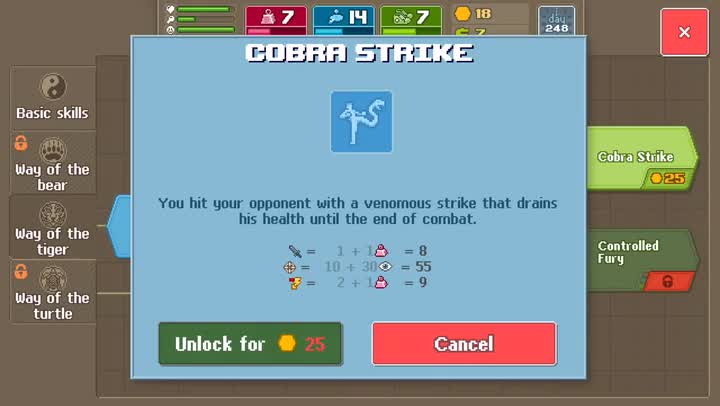 In Punch Club, there are several different combat branches that a player can choose to take, as long as they unlock the required technology in the main skill tree. To unlock new skills and passive traits, you’ll need to spend skill tokens that are earned after fights, whether you win or lose (winning gets you more though). It’s important to pick the skills that will benefit you the most with the style you choose to go with, and you can take a peek at the final skills by scrolling horizontally along the tree to see the full path.

The fighting system in Punch Club is interesting, as you don’t have any manual control over the actions of your boxer. Instead, you’ll choose the skills that he will use in battle, along with the preferred fighting style, and then sit back and watch the fight unfold. Each action you perform will eat up energy, and regenerating it depends on your endurance. In between rounds, you’ll be able to adjust your skills and style to better suit your opponent. You’ll also see the opponent’s stats before battle, so you can gauge how much of a chance you may have. Any passive traits and perks that you’ve unlocked for your character do not need to be equipped in battle, as they are always active. There’s a lot of room for experimentation and figuring out what works best for your own play style since there isn’t a time limit to beat the game, so feel free to try different techniques in matches.

I started Punch Club on Steam earlier this week, but love having it on iOS because it means that I’m able to play it wherever I go, rather than being tied to my laptop. Since I’ve downloaded the iOS version, I’ve hardly been able to put it down and have already dumped in many hours into the game, punching and kicking my way to the top. The story is rather well done, with several nice plot twists and surprises, and there will be more to see than just the city.

Even though this game just came out for everyone this week, it’s definitely one of my favorites so far this year. I love the retro style of Punch Club, the chiptune soundtrack is a joy to hear, and the depth of strategy and training involved to go from nothing to a hero makes for a fun, addictive, and challenging fighting simulation RPG. If there is one game that you must pick up this week, make it Punch Club, even if you aren’t normally a fan of sport simulations, like me.

Punch Club for iOS is available on the App Store as a $4.99 download with no in-app purchases. The Steam version is available for PC, Mac, Linux, and Steam OS for $9.99. 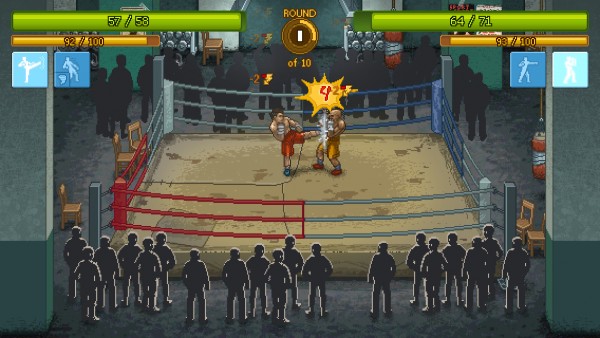 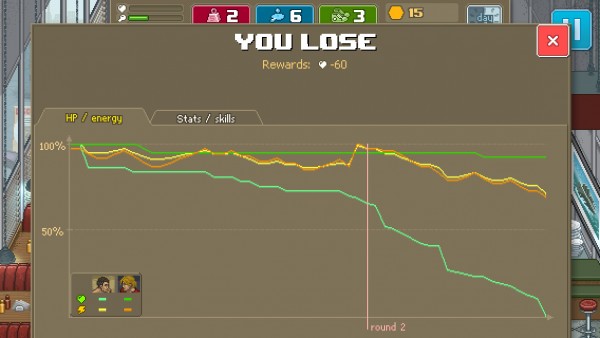 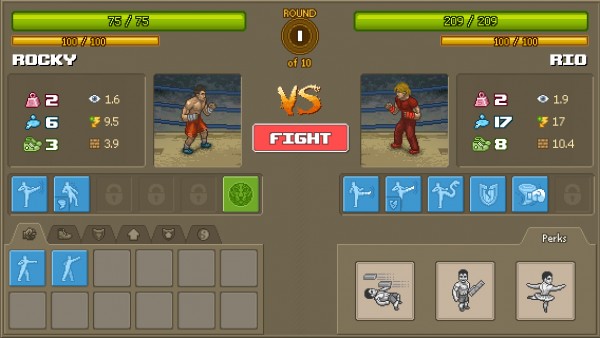 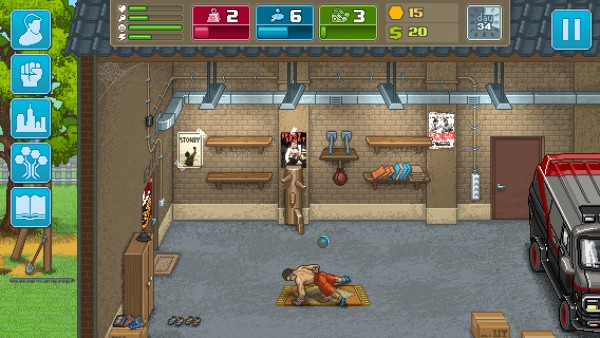 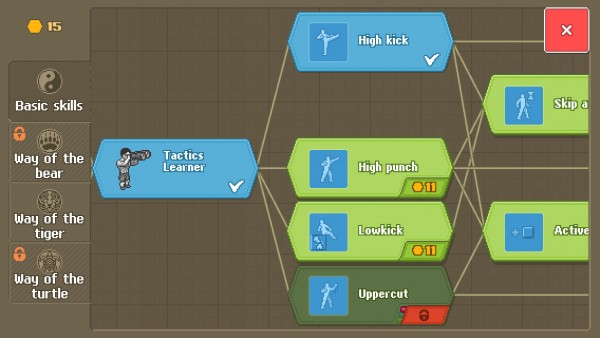 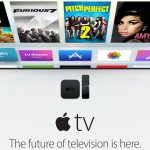 Apple TV could get Siri support for replays during games