You are using an outdated browser. Please upgrade your browser to improve your experience.
by Sean Capelle
February 7, 2013 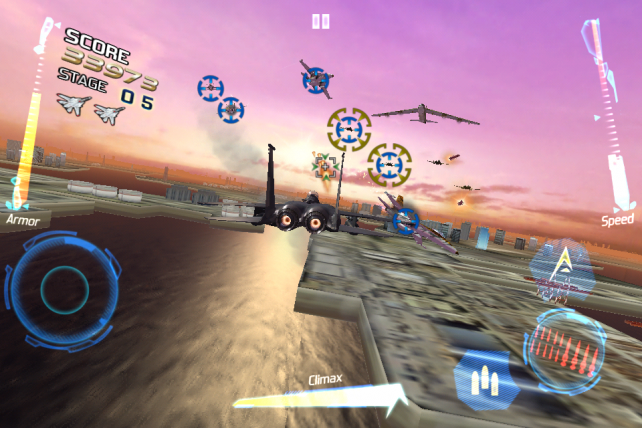 After Burner Climax ($2.99) by SEGA puts you in the cockpit of a fighter jet in this iOS port of the original arcade game. As Sega promised earlier, this title is finally available.

Just like Raiden Legacy, this game offers a slice of nostalgia pie. Of course, the servo-mounted chair isn’t present, but I’m sure you could think of something. 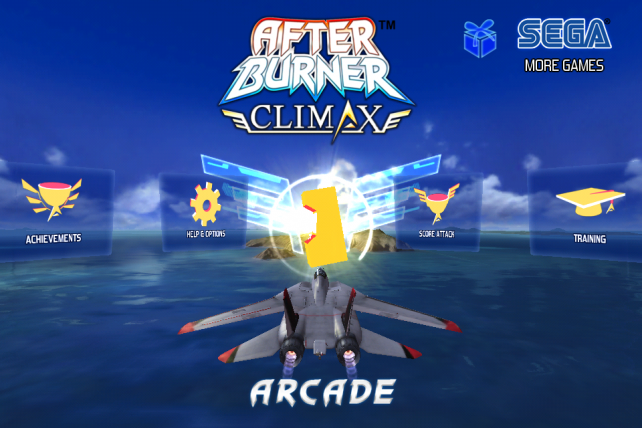 Select your craft and which paint job you would like for it (standard, camouflage, special, or low visibility). From there you’ll fly the unfriendly skies as you encounter enemy aircraft.

Despite having the freedom to fly, this game is a “rail shooter,” meaning your path from start to finish is fixed forward. However, you do have a choice at the end of some levels to pick which level you’d like to go to next.

A brief tutorial walks you through controlling the jet as well as firing upon enemies. You can also do a barrel roll (without any prompting from Star Fox’s Peppy).

Control the jet by either using the directional button or by tilting your iDevice. I found both methods to be serviceable. While using the tilt controls you’ll get a chance to calibrate it each time at the beginning of a level. Go to the settings to pick which option works best for you.

The jets are armed with a gun and missile launchers. Position the jet so that the crosshair locks onto an enemy ship and fire the missiles. This will be the best bet for downing the enemy. If you either run out of missiles or feel inclined to use the gun (such as for destroying enemy missiles), the bullets fly as freely as the jet. Just tapping the fire button once will make the gun fire several rounds before needing to hit the button again.

When entering Climax mode (oh my) time slows temporarily, allowing you to fix your sights on multiple targets. 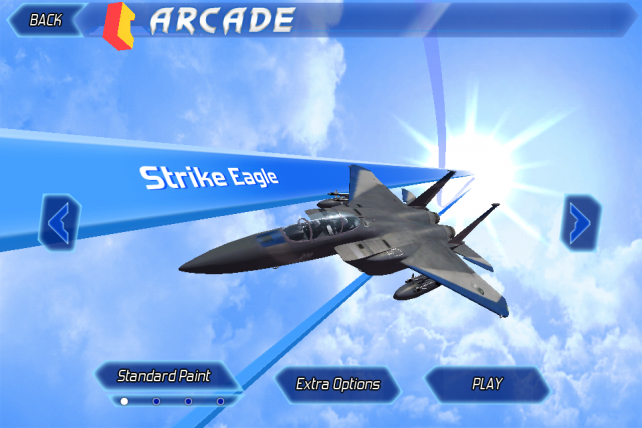 A whole host of options are available for tweaking the game’s performance. Everything from how many lives you have to whether your weapons fire automatically or not can be changed in the extra options menu.

Little variation is offered between levels, which makes the game repetitive. But those looking for the visceral experience of flying a fighter jet or reliving fun times of playing the game will certainly look forward to this title.

Jet over to the App Store to check it out. 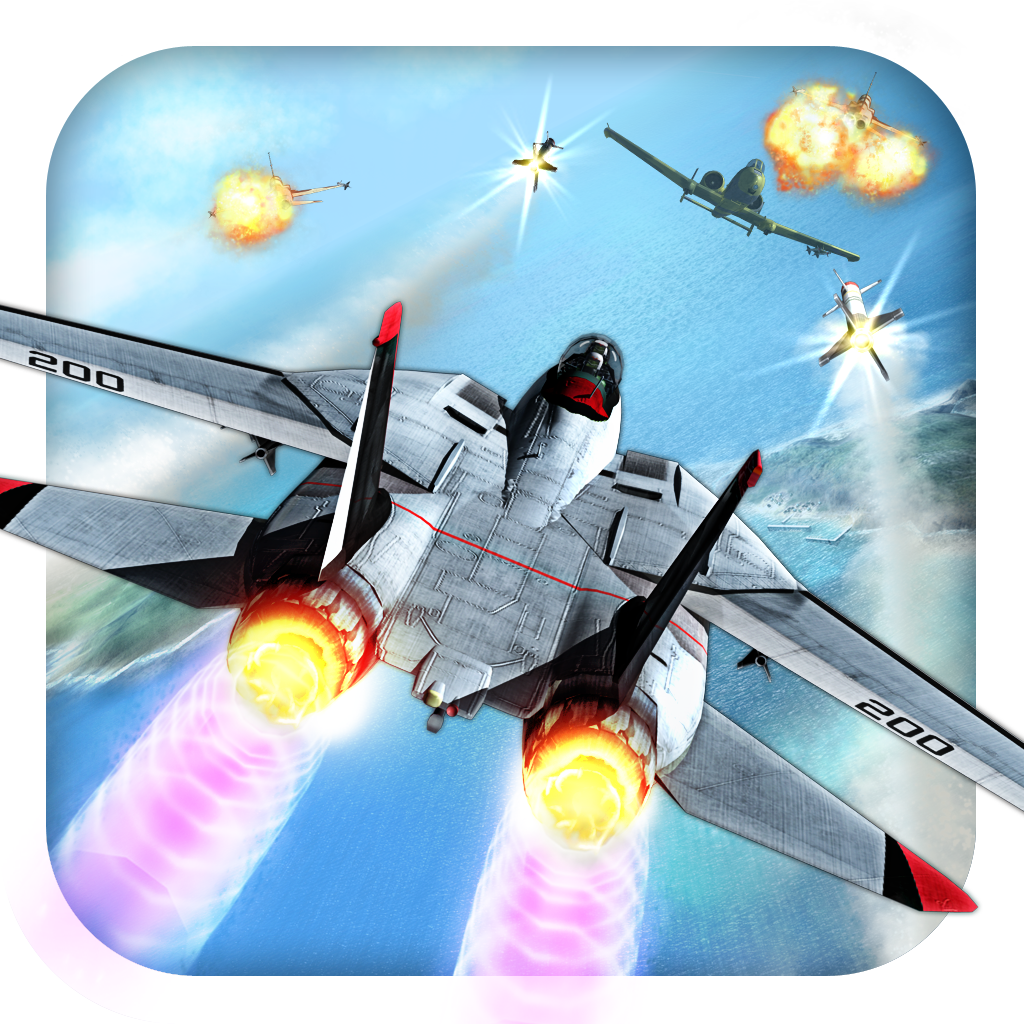 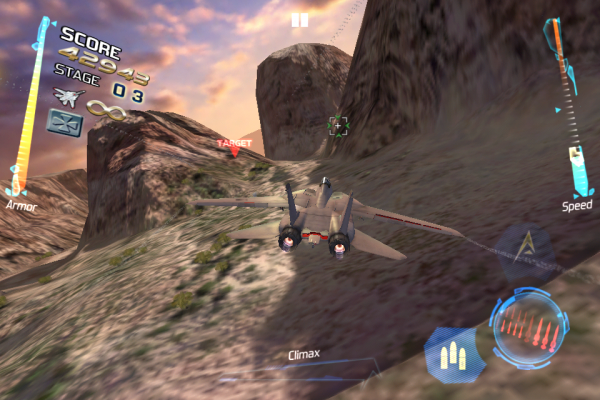 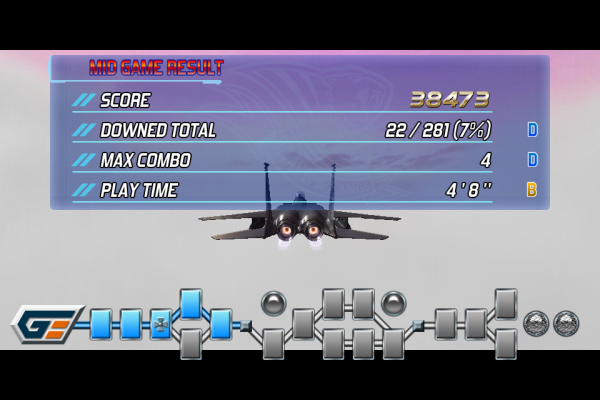 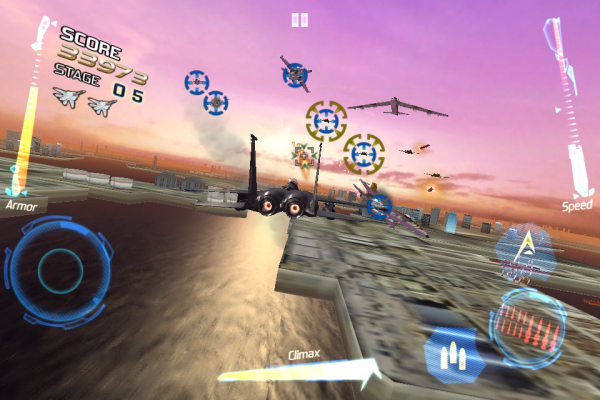 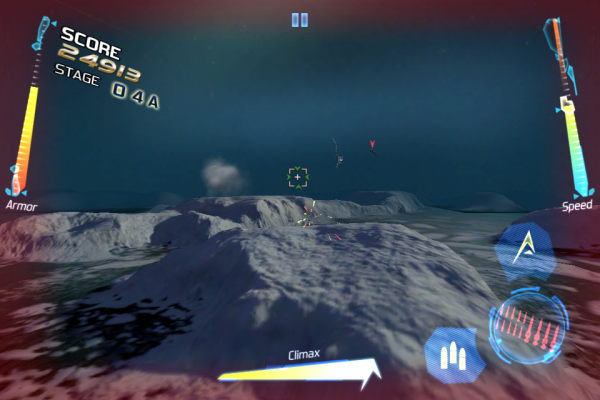 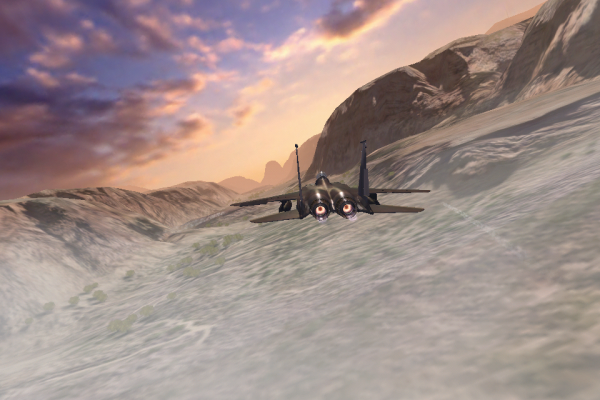 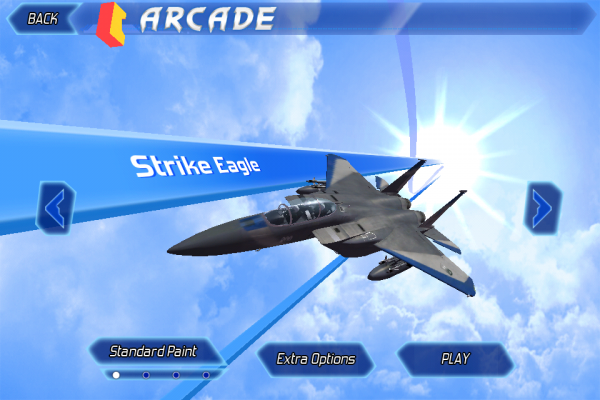 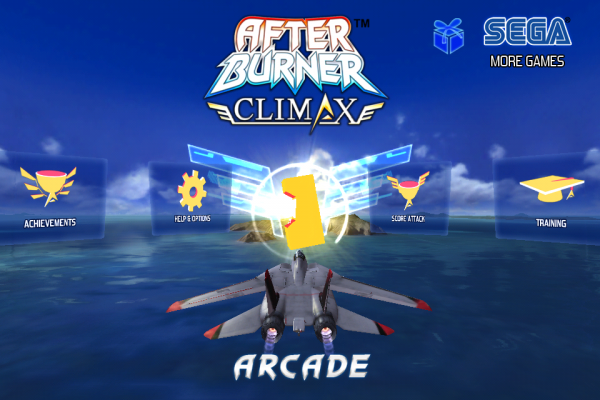 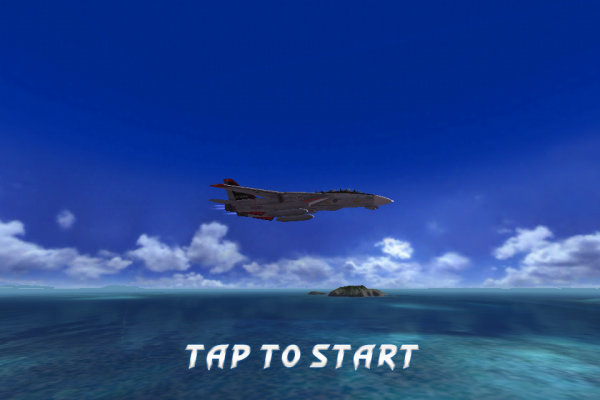