You are using an outdated browser. Please upgrade your browser to improve your experience.
by Sean Capelle
January 4, 2013 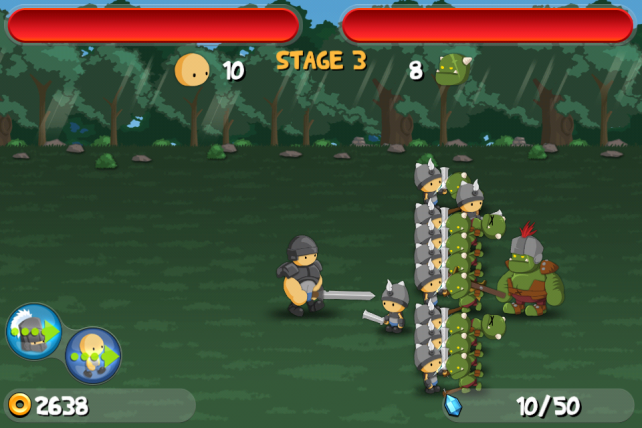 A Little War (Free) by Hwa David puts you in command of a tiny army.

The “Lord of the Rings” movies show several scenes of one line of soldiers crashing into the other, and it’s hard not to wonder what that would be like, or if you could participate in them as well. This game lets you do just that. 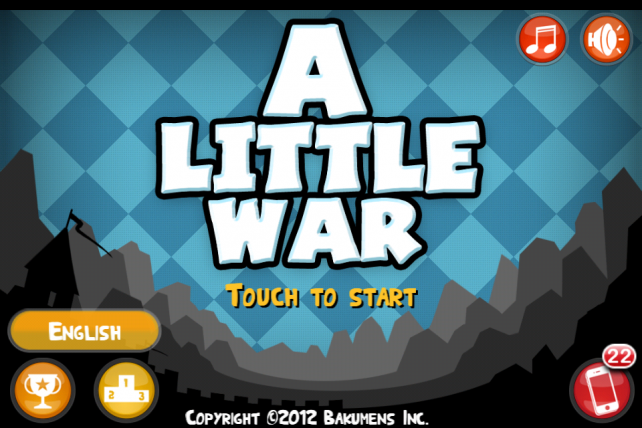 Just like in Pets Vs Orcs, a hero character will lead your army. The hero adds different spells and weapons that can help change the tide of war in your favor.

Buttons in the bottom left corner toggle the army and the hero’s marching. For the first couple of battles you may wonder why you have to activate those buttons at all, considering how everything else is automatic. However, as the battles become more complex. it’s easy to see why you may want your hero to linger back or why you would want to stop your army early.

Tap within the chaos to grab coins, which can be used in the store to replenish your army, upgrade levels, buy new weapons, and other options as well. Treasure boxes can be found on the field as well, though the kicker is that the keys to open the chests are best obtained as in-app purchases.

Those who are observant enough will spot a tiny elf in the bottom corner. Tap on him, and you’ll go to a bonus level where you tap the elf as much as you can to earn even more coins. 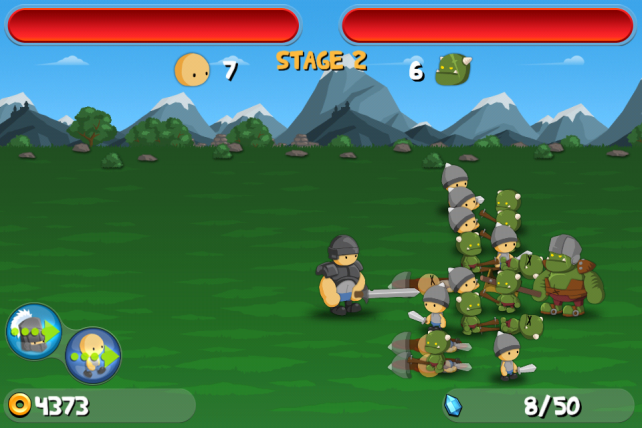 This game is filled with in-app purchases (which can be expected), though what’s annoying about them is how the developer likes to play “gotcha!” Tapped on the wrong icon? Gotcha! Think you can open that chest without a key? Gotcha! Thankfully there’s a confirm dialogue before the actual purchase is made, or I would have been extorted rather quickly.

Gameplay initially falls into a rut of attack, level up your guys, repeat, though more variation comes into play once you get to trick out your hero character.

For a free download, this game is worth a shot. The in-game tutorial does a good job of walking you through gameplay step-by-step. March over to the App Store to check it out. 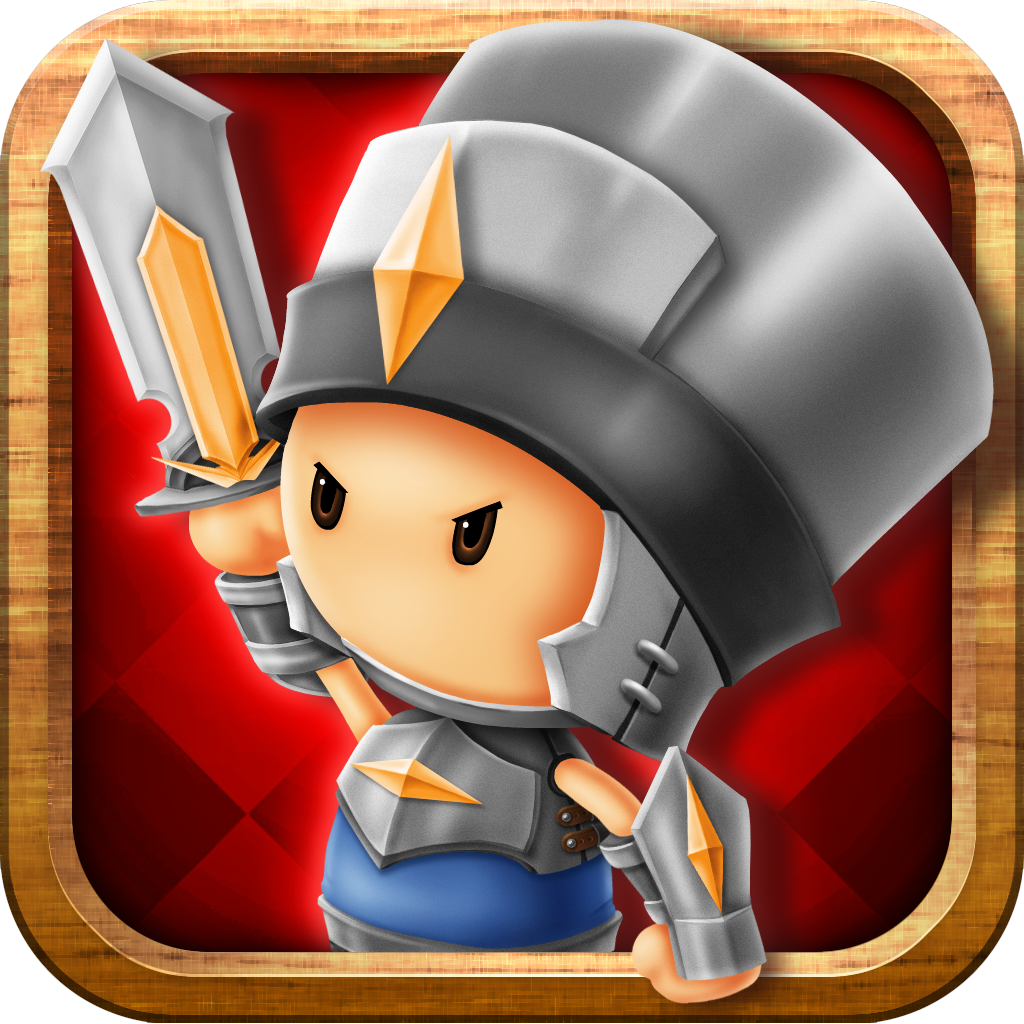 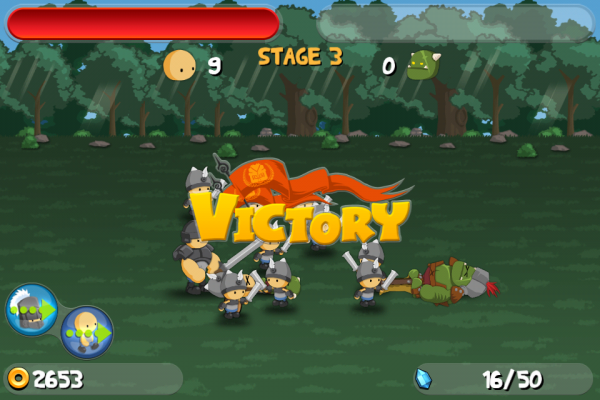 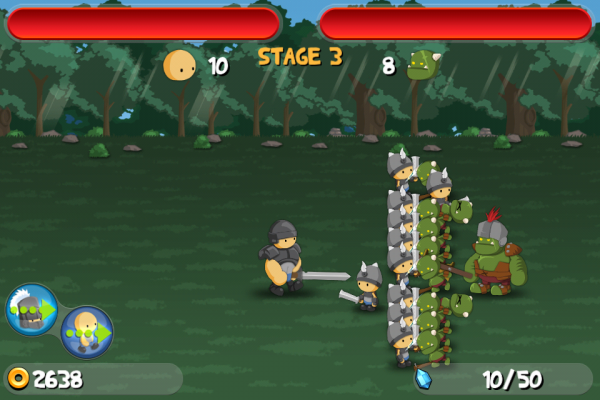 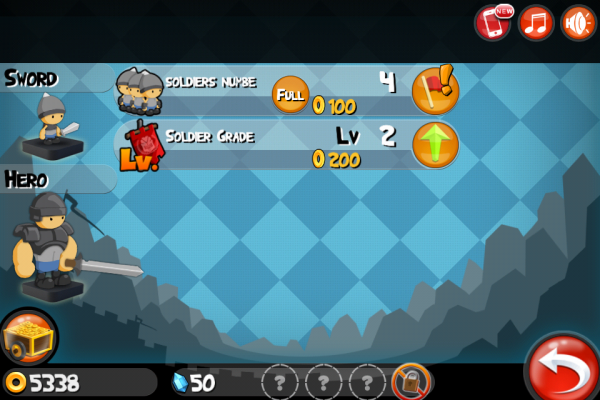 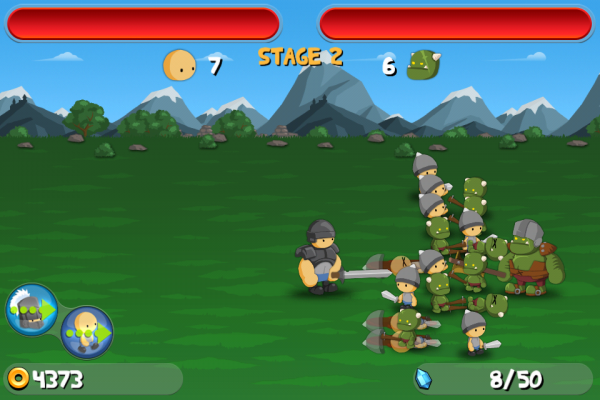 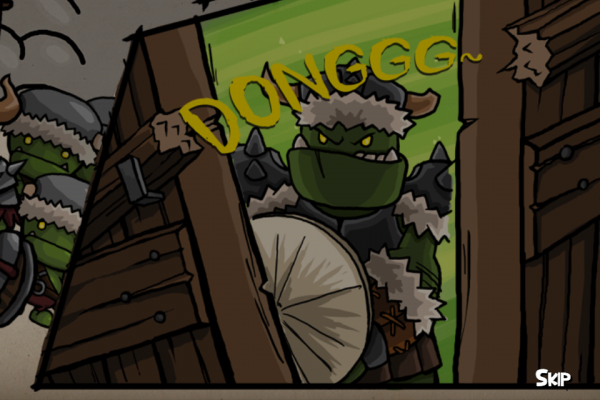 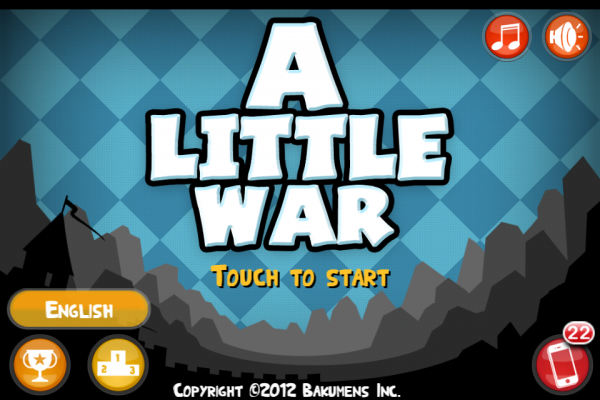