You are using an outdated browser. Please upgrade your browser to improve your experience.
by Christine Chan
March 27, 2013 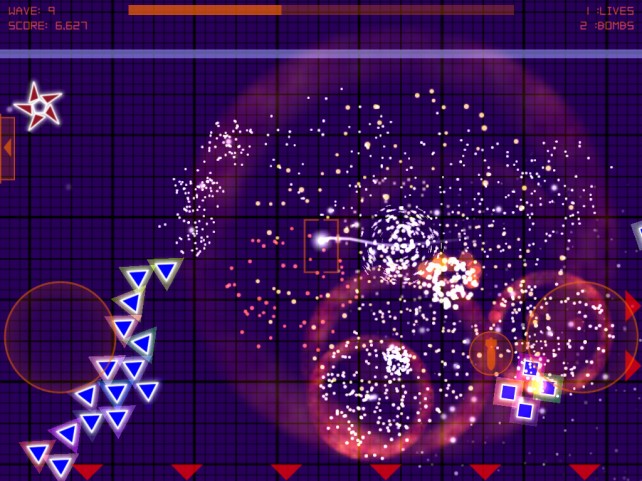 Annihilate ($0.99) by Owens Rodriguez is a dual-stick shooter that is in the same vein as Geometry Wars.

If there’s any type of game that is hard to get tired of when you need a quick gaming fix to kill some time with, it’s definitely dual-stick shooters. I mean, what’s not to like about blowing stuff up? And you have to admit, when you’re making things go boom, time passes by you pretty quickly, no? It’s been a while since there’s been a good dual-stick shooter, so I’m happy that Annihilate landed in the App Store. I mean, considering the fact that Geometry Wars hasn’t even been updated since 2010, it’s nice to have something new, right? 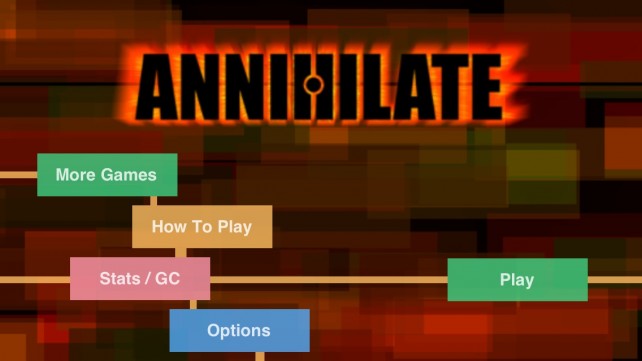 Just like Geometry Wars, Annihilate features bright and colorful visuals that are nothing more than lines and particles. Everything happens in a flat, 2-D space, which is expected from this type of game. There’s not a lot of music going on in this game, though, but there are plenty of retro-like sound effects going on.

The controls in this game are very fluid and responsive. The joystick in the bottom left is for navigating your ship (a mere light particle flying around on the screen), and the bottom right joystick is for aiming and shooting. If you have played any kind of dual-stick shooter, then you know how this works. You only have one weapon and no upgrades, so this game is a real test of your skill (no relying on stronger weaponry to survive!). There are also bombs available, which will blow up any enemies in the radius, which you activate by tapping on the bomb button next to the right joystick. There are only a limited number of bombs available, and you will have to refill your supply by collecting bombs if they show up in the arena.

The game will pause automatically if you take take your hands off of the screen, and it will resume normally when you are back on it. This seamless integration makes it incredibly easy to just pick-up-and-play at any time.

Annihilate has two game modes available: Waves and Survival. With Waves, that’s just what you get — waves of enemies. You will have to clear out all enemies of a single wave before you can move on to the next one. The enemies will become progressively more difficult to kill, and there will be a lot more of them at once as you go, so be careful! Once you run out of your three lives, it will be game over. Survival has no waves — enemies just keep spawning, and you must fend them off with limited resources (bombs can be collected only in Waves mode) until you face inevitable defeat. 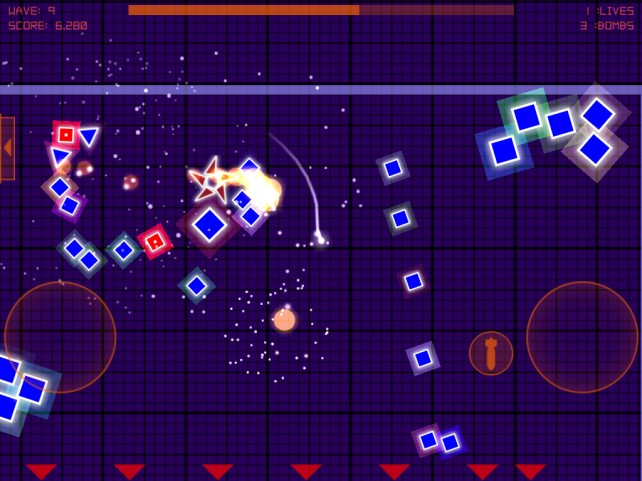 The coolest thing about Annihilate is the fact that your bullets seem to snake their way around the arena. It’s hard to describe, but it doesn’t look like they’re fired in a straight line. They will bend around items and bounce off of the walls, which is pretty cool, and can be quite strategic.

There is full Game Center integration for leaderboards and achievements, so there is plenty of replay value and things to look forward to. My only qualm is I wish the achievements were more varied, as it is currently a lot of “get this score and get an achievement.” Variety is the spice of life, you know?

I do like the fact that fact that the game will keep a record of all of your stats, which can be good if you want to brag to others. Or if you want to see what you need to improve on, this is a good way to keep track.

Annihilate is a neat little dual-stick shooter that will definitely test your skills, since there aren’t any upgradeable weapons or power-ups. I recommend checking it out if you’re in the mood for a challenging new dual-stick shooter. It’s available in the App Store as a universal download for only $0.99. 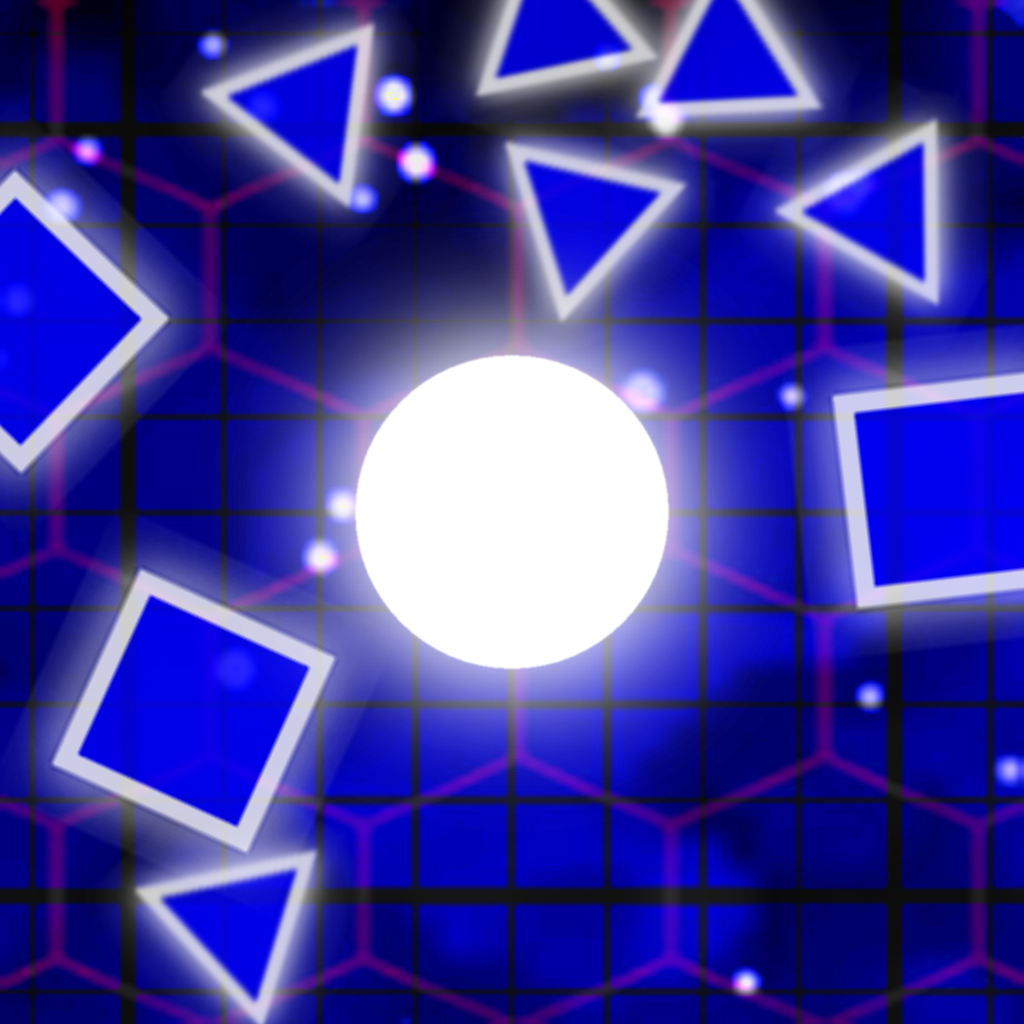 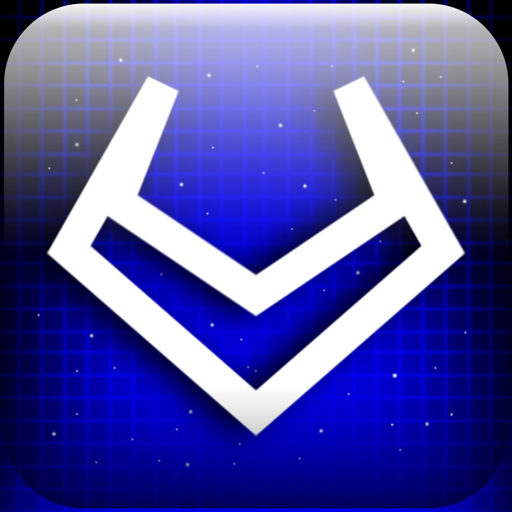 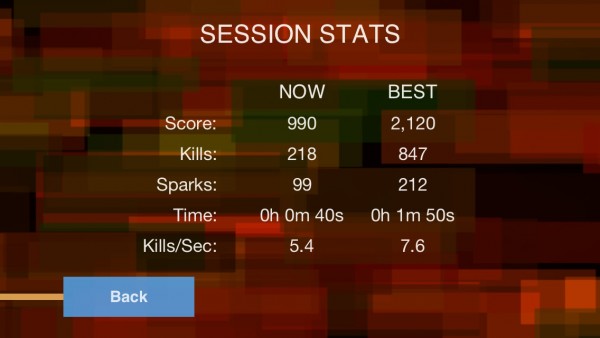 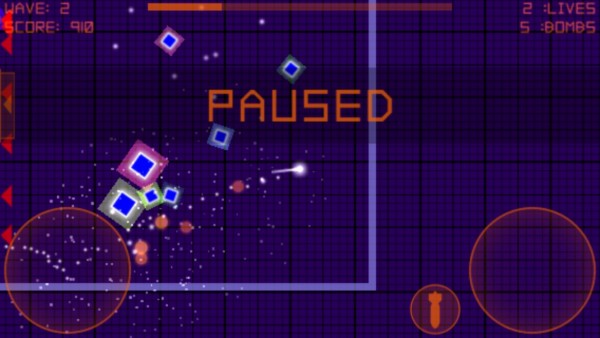 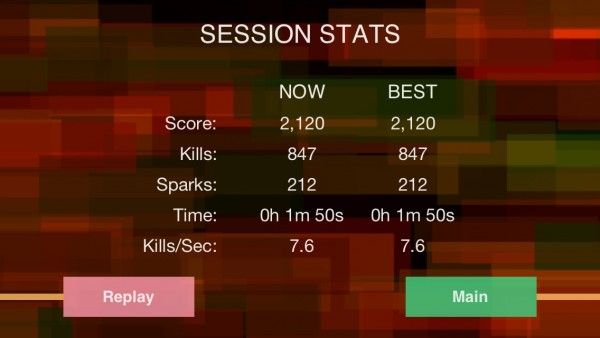 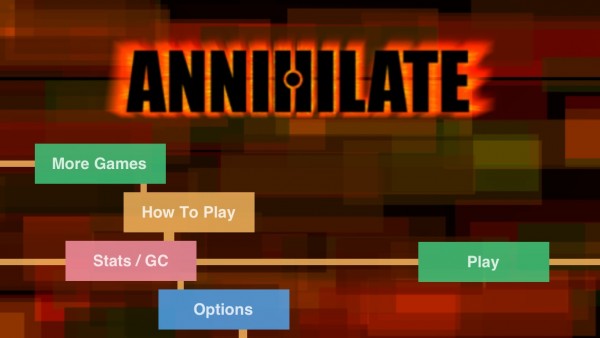 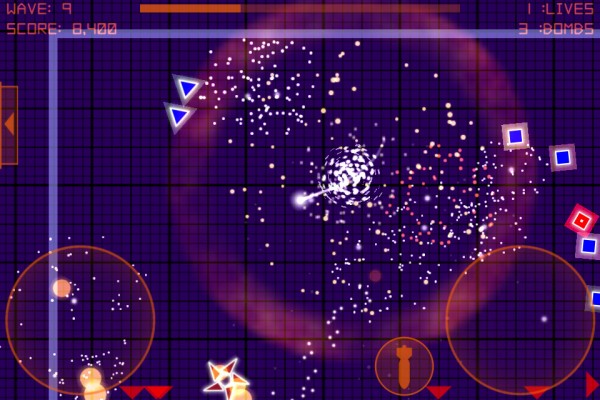 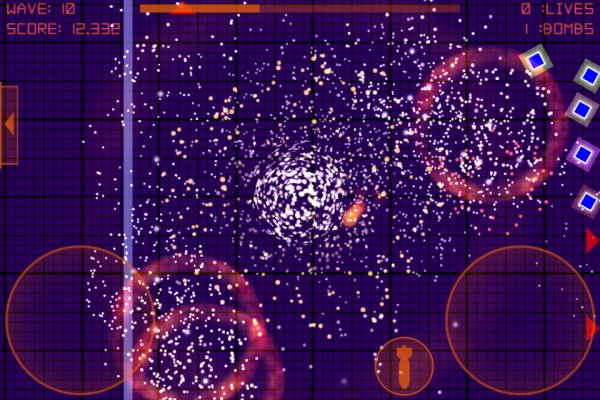 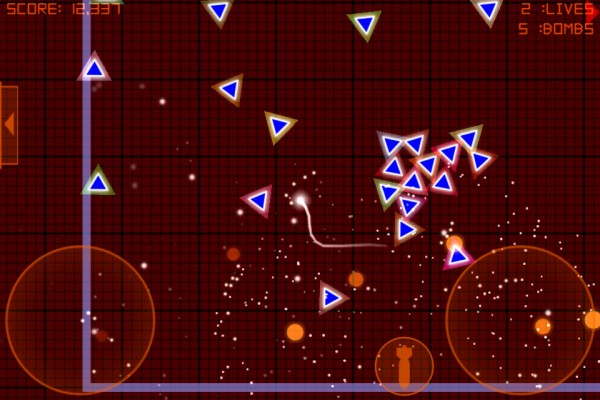 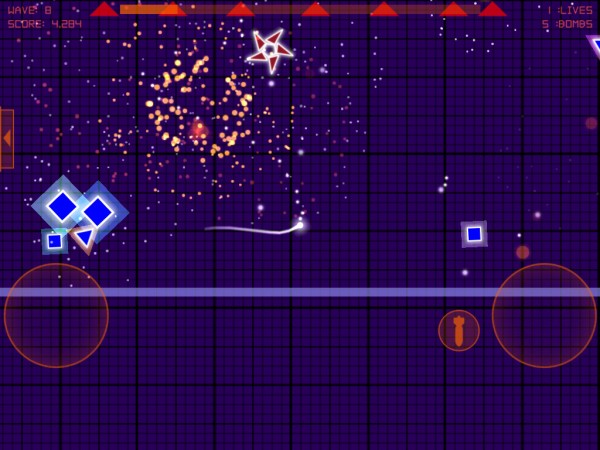 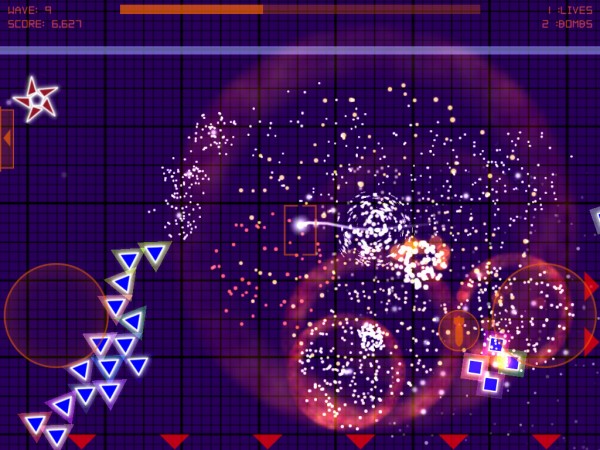 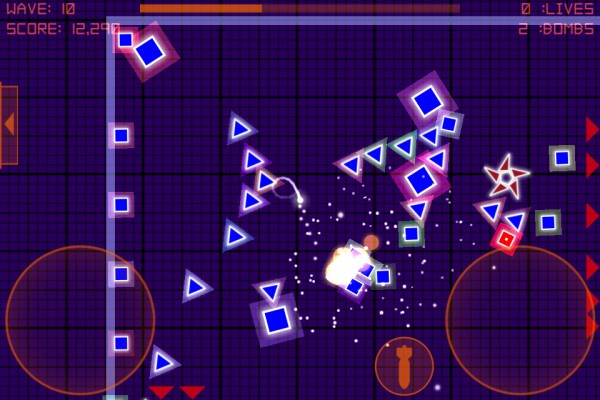 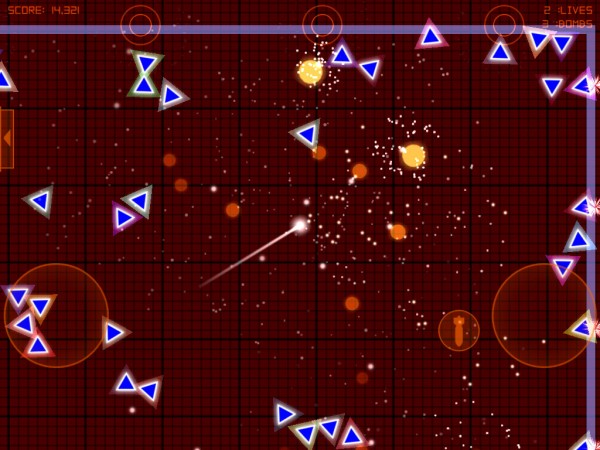 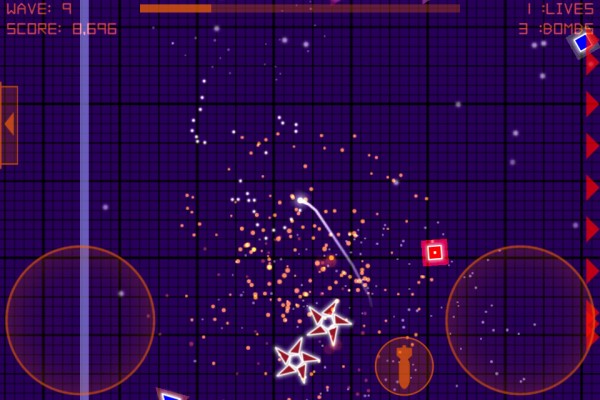 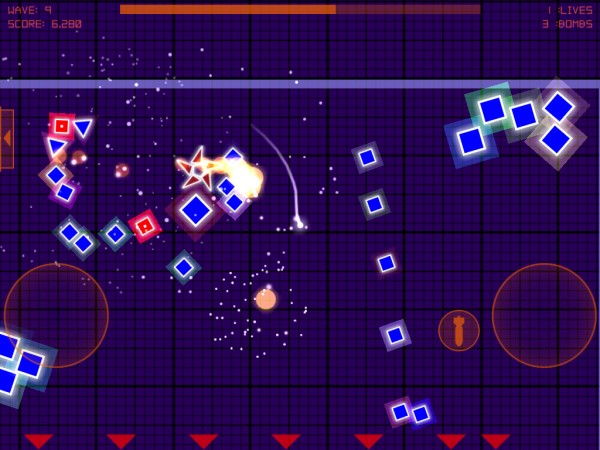 Take On The Role Of Robi: Cosmic Savior And Fight Off Malevolent Meteors

Shape Up And Go On A Wave Trip Around The City In This Musical Arcade Game
Nothing found :(
Try something else