You are using an outdated browser. Please upgrade your browser to improve your experience.
by Daniel Celeste
October 19, 2013 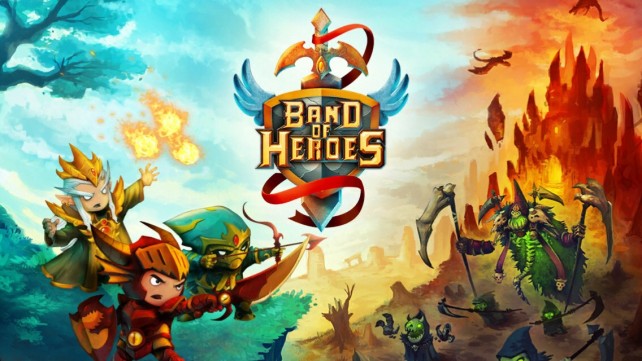 Band of Heroes: Battle for Kingdoms (Free) by Top Free Apps and Games is an online multiplayer RPG that is full of action. It also requires the ability to strategize while building and maintaining a medieval base. 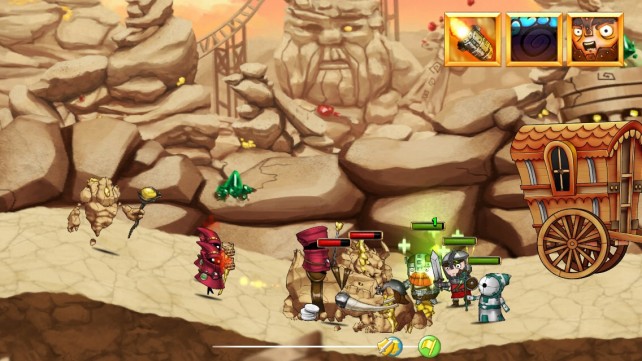 During your first run of the game, the simple tutorial will guide you through the basics of battle and keeping your base. You will be introduced to a group of “Heroes,” who are essentially the warriors who fight for your side.

Battle, the main component of the game, is carried out with easy controls. All you have to do is tap on the left or right side of the screen to move in that direction, while casting spells on your Heroes or enemies if the need arises. By default, three Heroes are provided. One has a sword, with another having a cannon. The third one has the ability to heal the other two. During battle, each Hero will fight automatically, so there is no need to individually control them.

Battles can be initiated in outdoor regions, or if you’re more into direct war, you can break the truce with any of the other bases (which are controlled by human players online), and declare war on them. While the idea of online gameplay seems fun, I found myself questioning that notion many times, as the connection to the servers is a bit spotty.

The other main component of the game is building up a war base. This includes constructing various buildings like a barracks for healing, or a blacksmith for making new weapons.

Both building facilities and recovering from the casualties of battle require paying some sort of money. There are two forms of in-game currency used to accomplish this. Coins, which are more difficult to attain, are worth more, allowing actions such as constructing a building in an instant or reviving a dead hero. The other currency can also be used in some of these situations, and is easier to come across, but is worth less. Each form of currency can be acquired throughout the game or via in-app purchase. 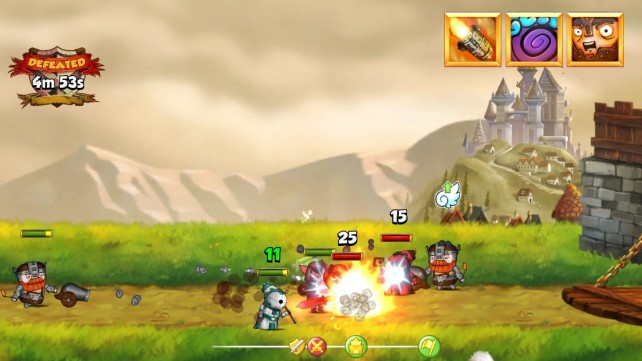 While I usually do not enjoy complex roleplaying games, Band of Heroes is an exception. Since it is suited for casual gameplay, it is not intimidating to play, and doesn’t require too much time or attention. You can find Band of Heroes for free in the App Store, and it’s a universal download. 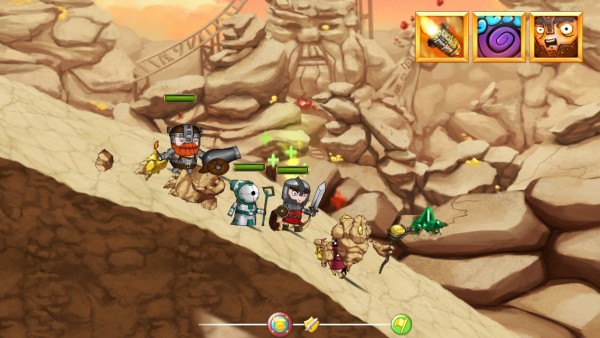 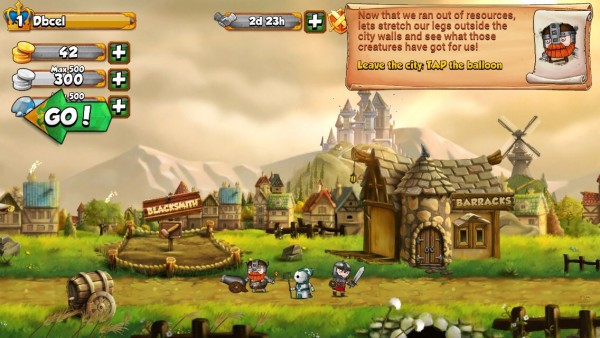 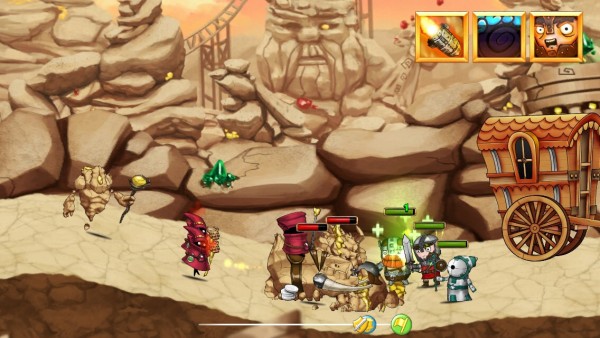 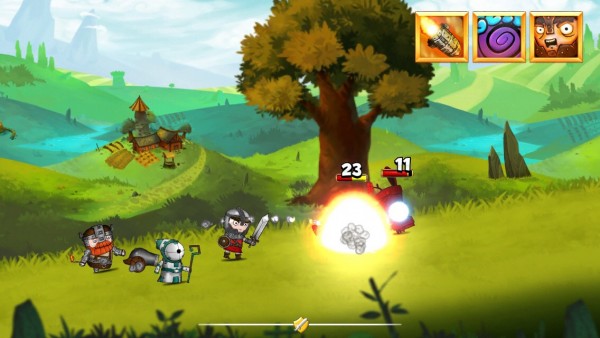 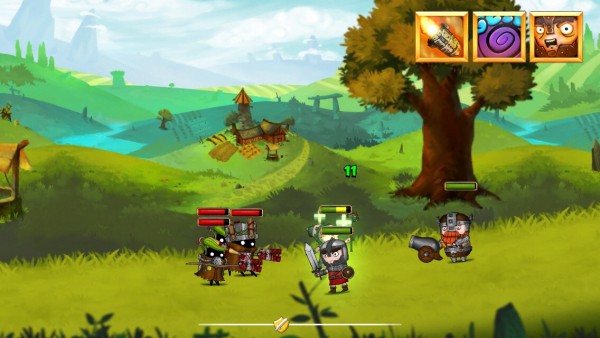 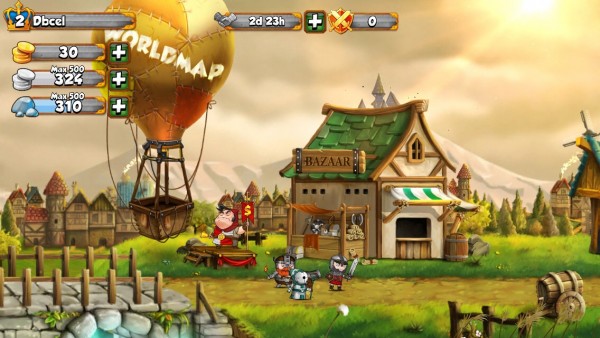 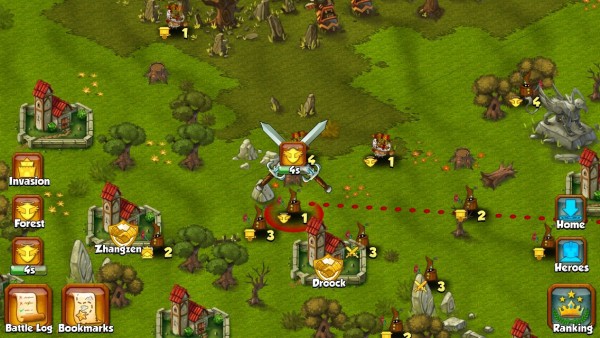 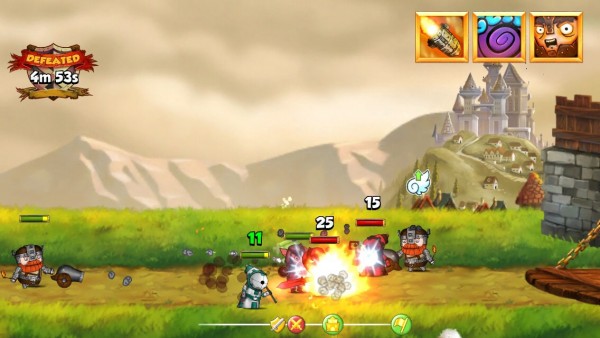 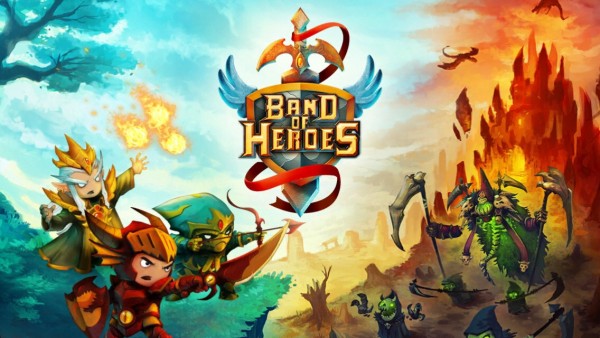