You are using an outdated browser. Please upgrade your browser to improve your experience.
by Daniel Celeste
October 11, 2013 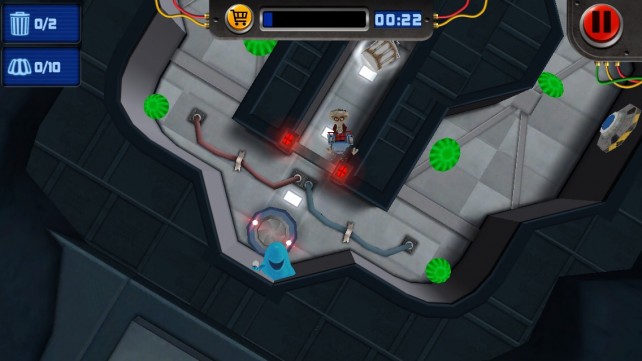 B.O.B.'s Super Freaky Job (Free) by Adrenaline is a physics-based puzzle game that is a spin-off of the motion picture “Monsters vs. Aliens,” which was released in early 2009. While it may seem odd that DreamWorks has decided to launch a game now that is associated with a movie from almost five years ago, the title is surprisingly fun. 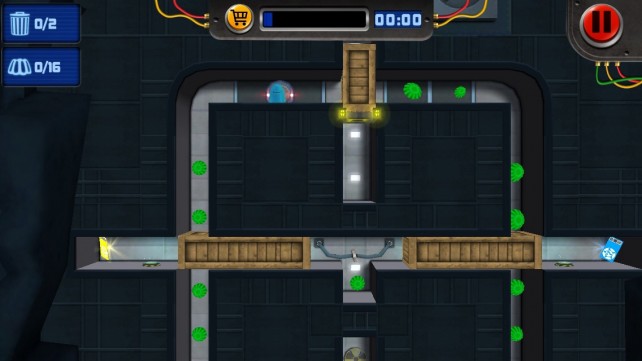 In B.O.B.'s Super Freaky Job, you are on Team Monster, playing as B.O.B., which you might remember as that one-eyed blue blob. It is your job to help B.O.B. navigate through the world of Area Fifty-Something in order to complete missions assigned by General W. R. Monger.

Each level takes place in a labyrinth, which you must rotate to allow B.O.B. to fall where he needs to be. While doing this, it is important to consider the force of gravity that is acting on B.O.B. and other objects in each level. He must avoid all obstacles such as freeze rays, turbines, and ejectors. To make it through a level, B.O.B. must collect color-specific keycards, which open doors. Eventually, the last door opened leads to the end.

I really enjoy rotating B.O.B.'s world around to get to the end of each level, as I am usually a fan of short puzzle games. However, there is one aspect of B.O.B.'s Super Freaky Job that has the potential to completely ruin the game.

B.O.B.'s Super Freaky Job is a free title, with revenue solely being earned through in-app purchases.

While many, if not most, of the App Store's latest game releases are built around this model, it is usually a hit or miss. With B.O.B.'s Super Freaky Job, it seems to be more of the latter. While there are only three items — super magnets, master key cards, and unfreeze thingies — available to purchase, the unfreeze thingy is almost required if you plan on playing the game very much. For example, each level is ridden with freeze rays, and after being frozen by one of them, there is a one minute waiting period that you have to sit through. This can be reversed with the unfreeze thingy, but $0.99 only gets you three uses. In my opinion, this is extremely unreasonable. 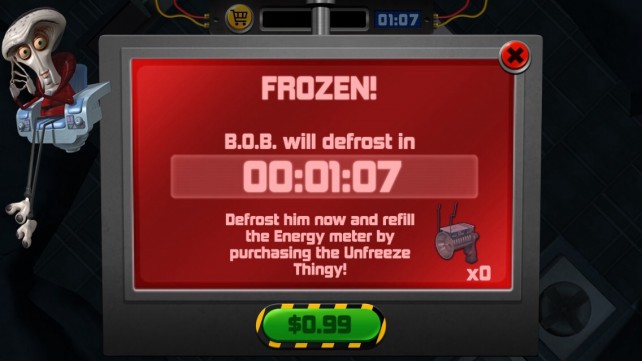 While the in-app purchases are frustrating at first, they don't completely ruin the game, as it is expected that one will get better at avoiding obstacles like freeze rays over time. The physics of this game are a delight to interact with, making the game one that is difficult to put down.

B.O.B.'s Super Freaky Job is available in the App Store as a free universal download. 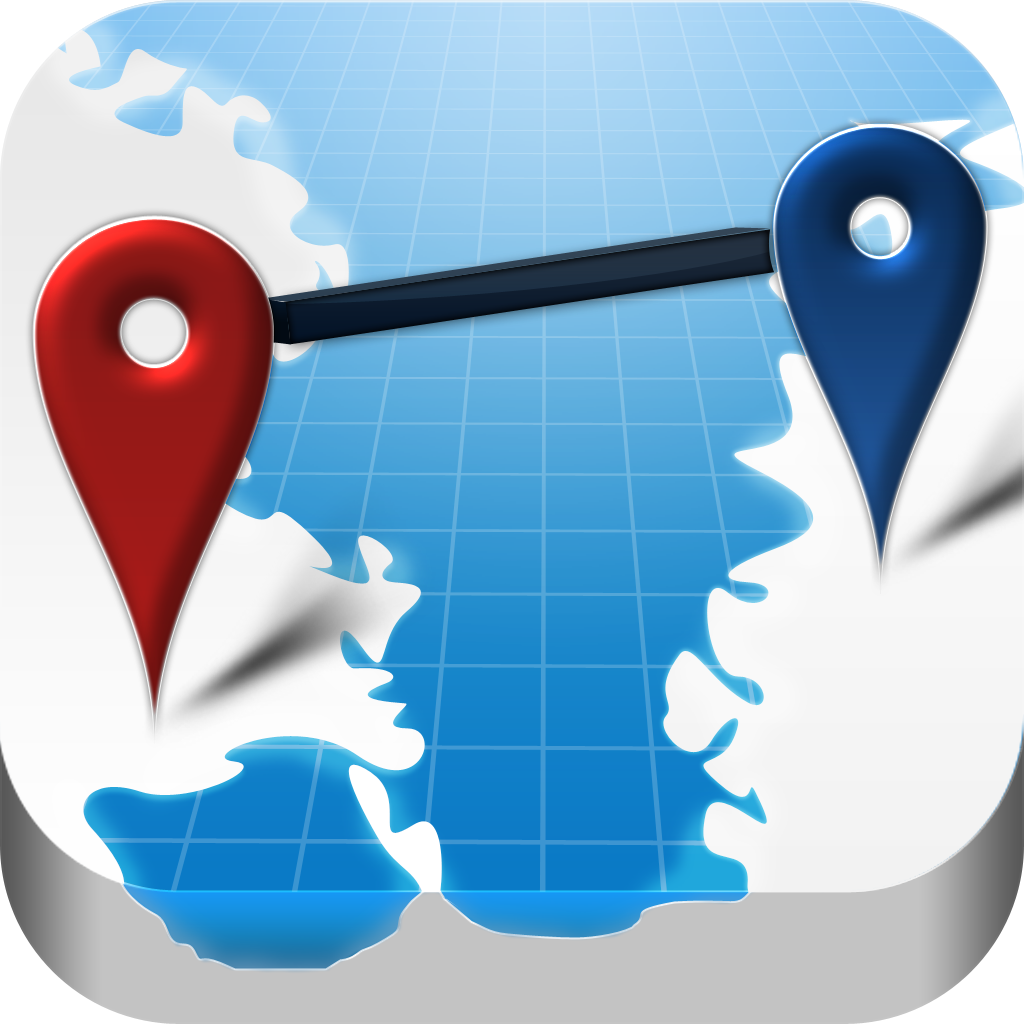 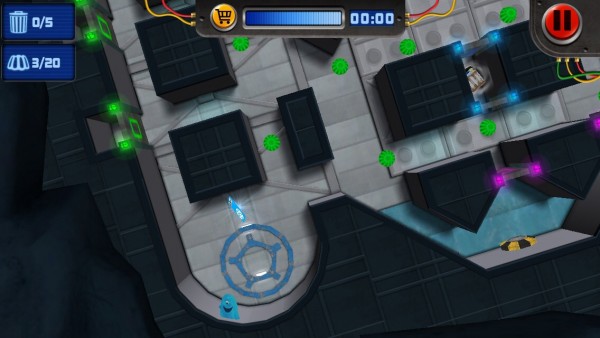 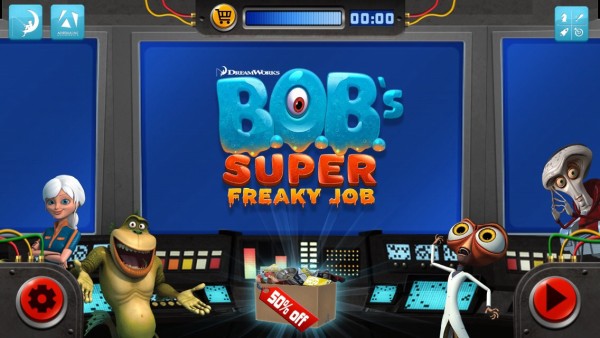 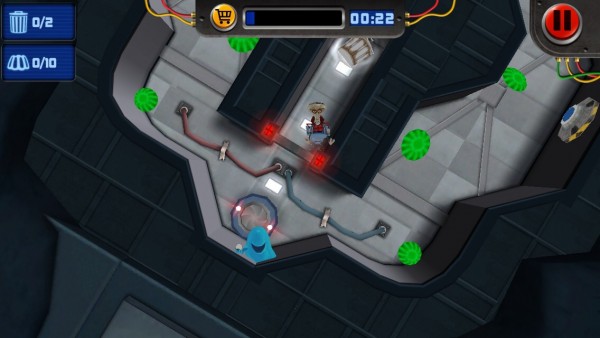 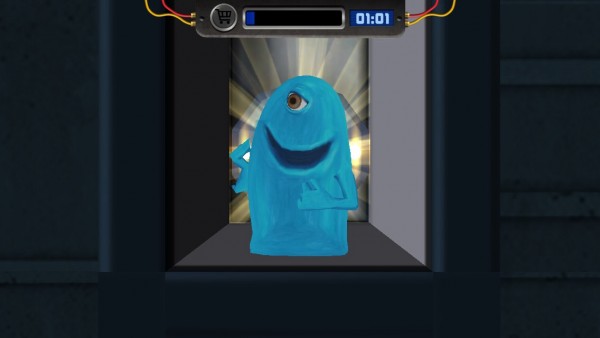 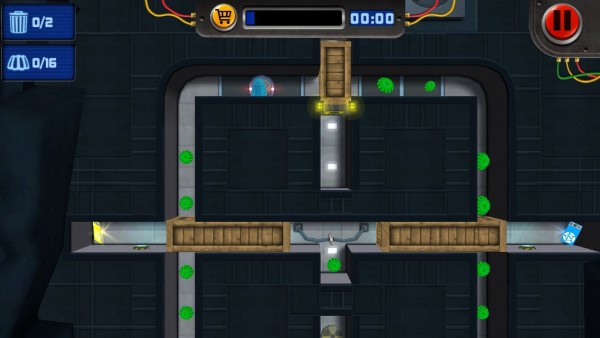 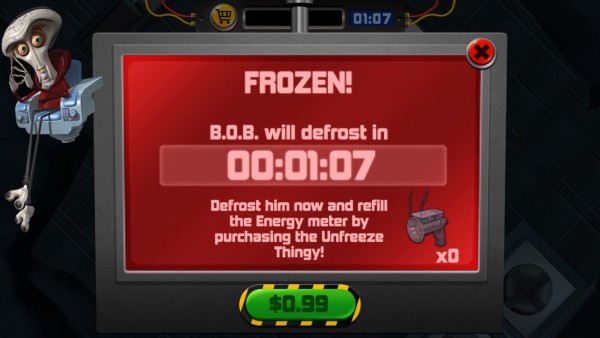 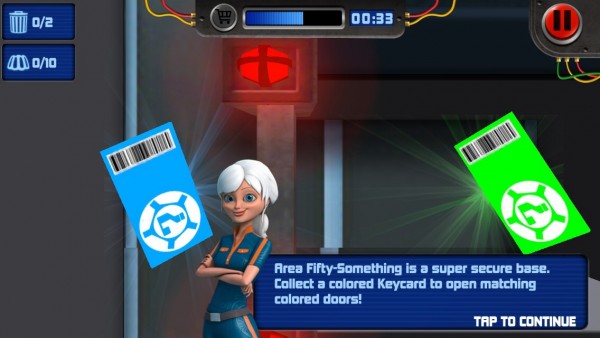 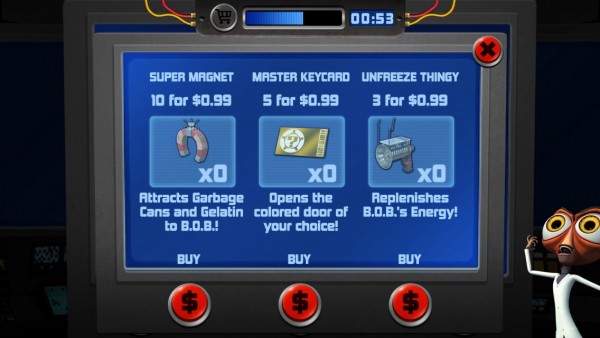 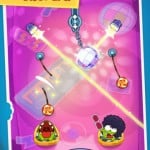 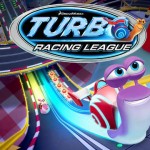 Verizon Shells Out $1 Million In Cash Prizes For DreamWorks' Turbo Racing League
Nothing found :(
Try something else