You are using an outdated browser. Please upgrade your browser to improve your experience.
by Sean Capelle
December 7, 2012 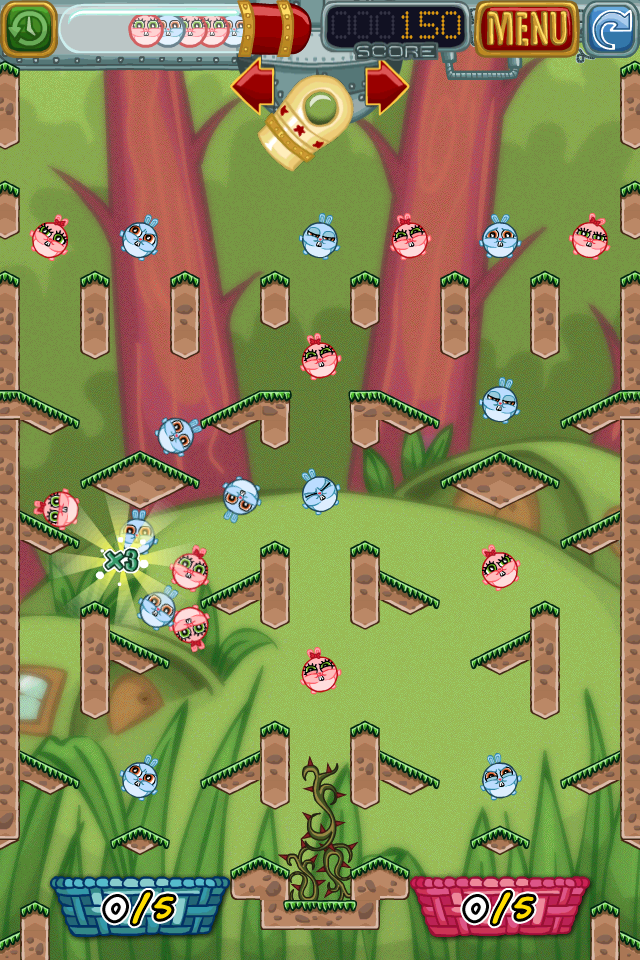 Bunny Cannon ($0.99) by Not Doppler isn’t as entertaining as the name implies. Bunnies? Being shot out of a cannon? Cool! I could go for that. Bunnies falling out of a weird dispenser thingy as a metaphor for reproduction? Now I’m afraid you lost me.

Yet, it’s the latter that defines this game. 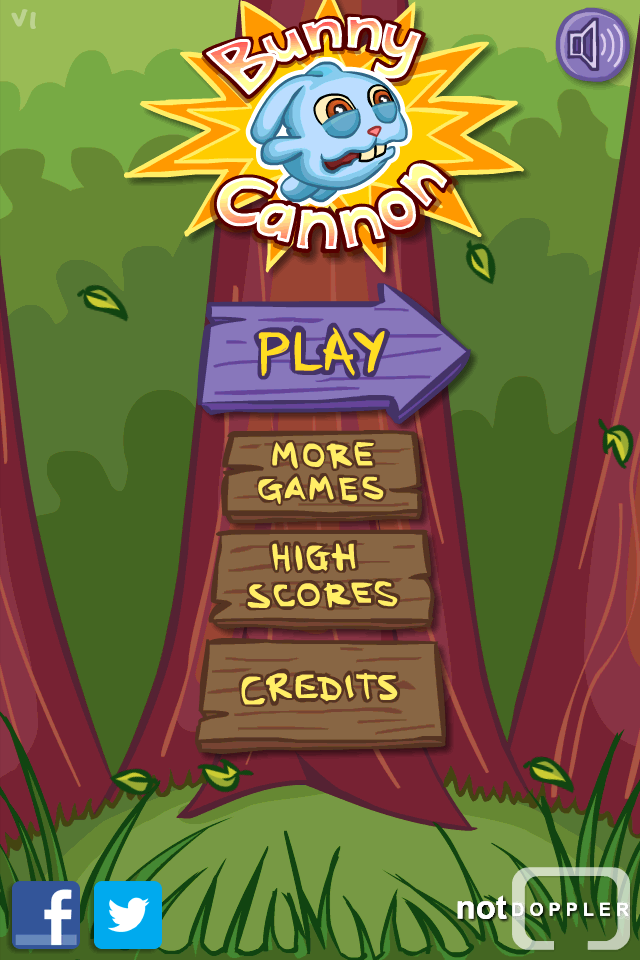 Put simply, it’s your job to get bunnies from a launcher at the top of the screen into baskets at the bottom of the screen. Sometimes you need to sort the bunnies by into their respective baskets by gender, or other times you just need to get them in.

Between the bunnies and the baskets are other bunnies. Sometimes launching a bunny into them makes them split into two bunnies, sometimes the launched bunny just bounces off them. I can’t honestly report what determines whether the bunnies split or not.

The game does have its charm by mimicking a Plinko game, just like Aniballs, but that’s about it. What’s even more annoying is how positioning the cannon works. The cannon slides back and forth, with aiming and power controlled by how far out you pull the trail of dots pointing out of it.

While this works, the most annoying aspect is pulling your finger off the trail if you want to adjust the cannon’s position because lifting your finger fires the cannon. There were multiple times when I unintentionally launched a bunny due to this.

You can undo the launching by dragging the trail back into the cannon, though that requires far more thought than just simply lifting your finger.

Having 90 levels packed into the game feels more like a chore than entertainment. 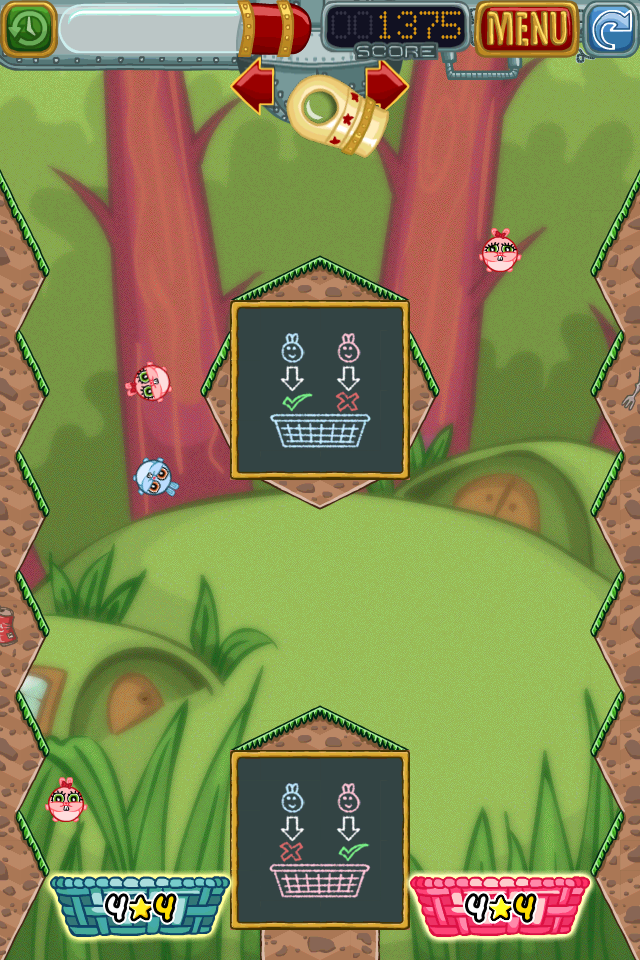 Overall, this is a game that initially sparks the imagination about how cool it can be, just like oOhh!!Bunnies, but ultimately ends up being a major let down.

Instead of launching bunnies, you’re just dropping them; the whole theme deals with a child bunny’s attempt to understand reproduction; and the levels lack enough of a challenge to keep a player’s interest.

You’d do well to hop away from this one. We already know how bunnies reproduce. 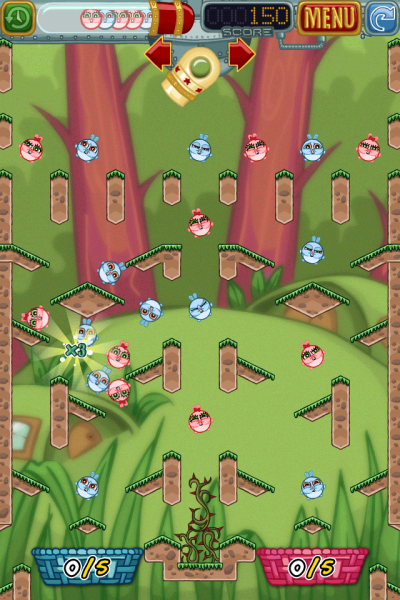 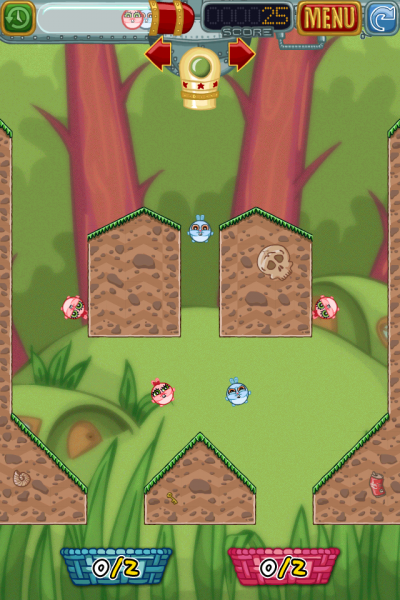 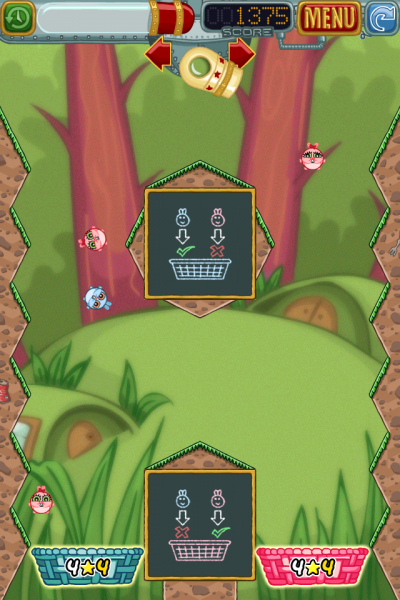 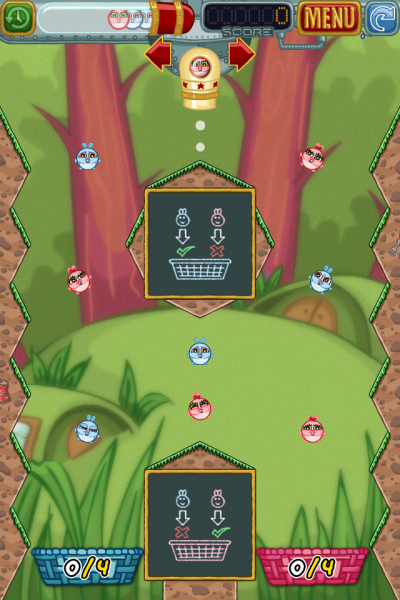 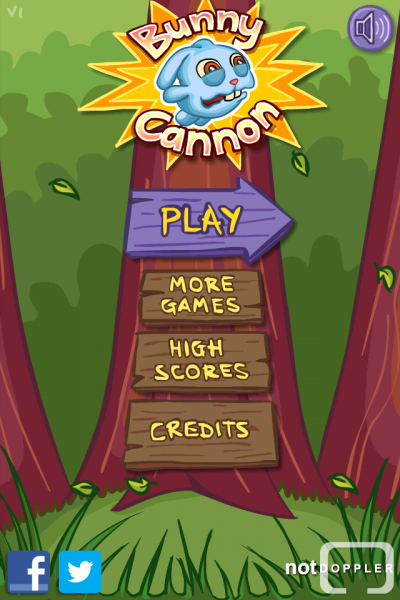 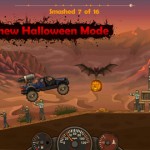 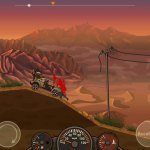 License To Kill Found In Earn To Die
Nothing found :(
Try something else