You are using an outdated browser. Please upgrade your browser to improve your experience.
by Lory Gil
February 28, 2013 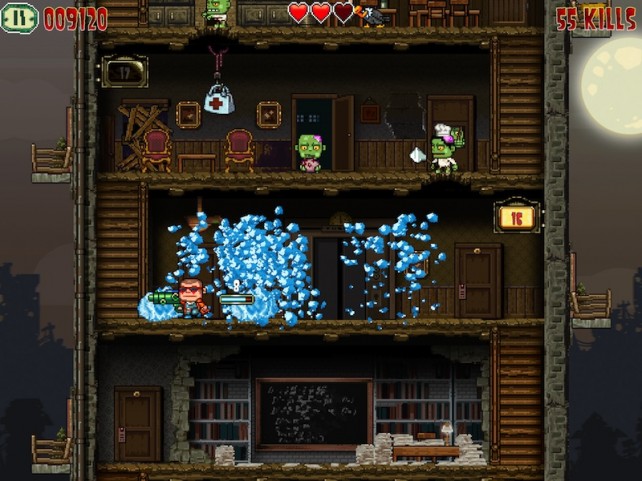 Crazy Bill (Free) by Ivanovich Games Crazy Bill is a 2-D vertical scrolling game where players must shoot their way through floor after floor of zombies to find the star of the show. Kill the Zombie Star to earn enough “Zokens” to unlock a bazooka that will blow everyone away in a single shot. 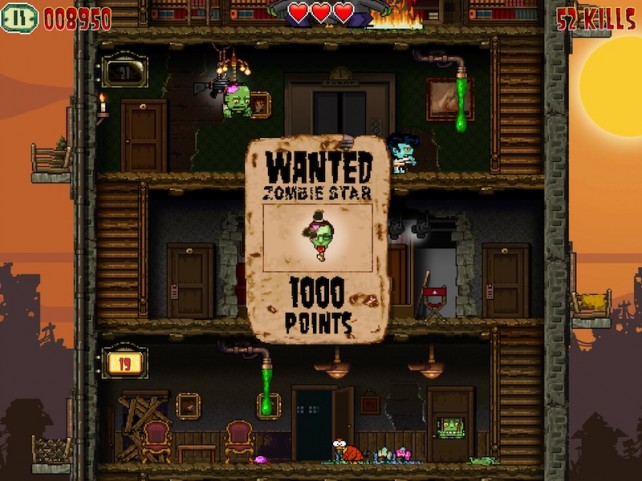 Players control Crazy Bill, who is on a zombie-killing rampage in the Zombie Star Palace. As he climbs higher and higher, the living dead get fiercer, but the star of the show, the zombie that Bill is after, is always at the top.

This is an endless survival game where players must stay alive while killing as many enemies as possible. There are special weapons, power ups, and additional health points that will help you, but in the end, it’s your quick reflexes that will get you through.

Each game has a different Zombie Star that offers big points if you manage to kill him. Zombie Stars include the likes of Michael J. Fox in “Back to the Future,” director Woody Allen, E.T. the Extra Terrestrial, and more. They appear about every five levels, but players must start at the bottom of the hotel and work their way up every time.

There are ways to skip floors to get the higher levels faster. For example, players can access the elevator, which will take them a few floors up, or eat a doughnut that will give them super speed and invincibility for two floors.

You are outfitted with a fast-shooting pistol to take down enemies. However, there are other obstacles in the way that you’ll have to avoid. Tap the button on the right to shoot and tap the button on the left to jump. If you touch and hold the jump button, you’ll go extra high and grab bonuses that are dangling from the ceiling. 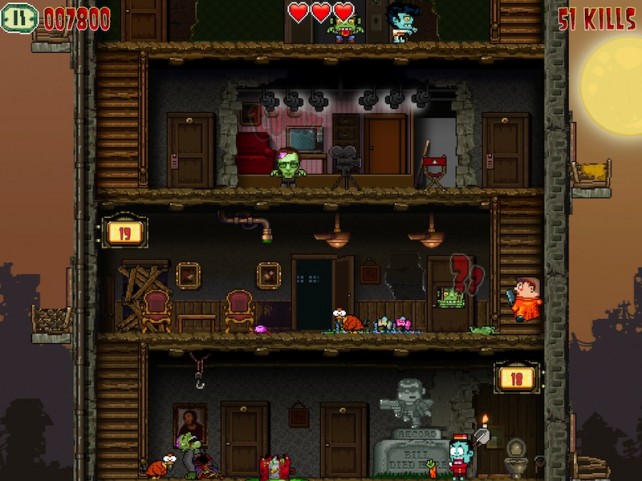 Once you’ve unlocked weapons and power ups, they will be dangling from the ceiling so that, as you run by, you can jump and grab one. There is a semi-automatic machine gun, a flamethrower, an ice gun, and a bazooka. Bonus items include extra health, super speed, a fire extinguisher for putting out those pesky fires on the floor, and more.

This game is fun and action packed. The graphics are clever and the gameplay is addictive. If you like simple arcade shooter games with an endless survival theme, you’ll love this one. The best part is that the game is free and in-app purchases, while available, are not the least bit necessary in order to have a great time playing. Get it in the App Store today. 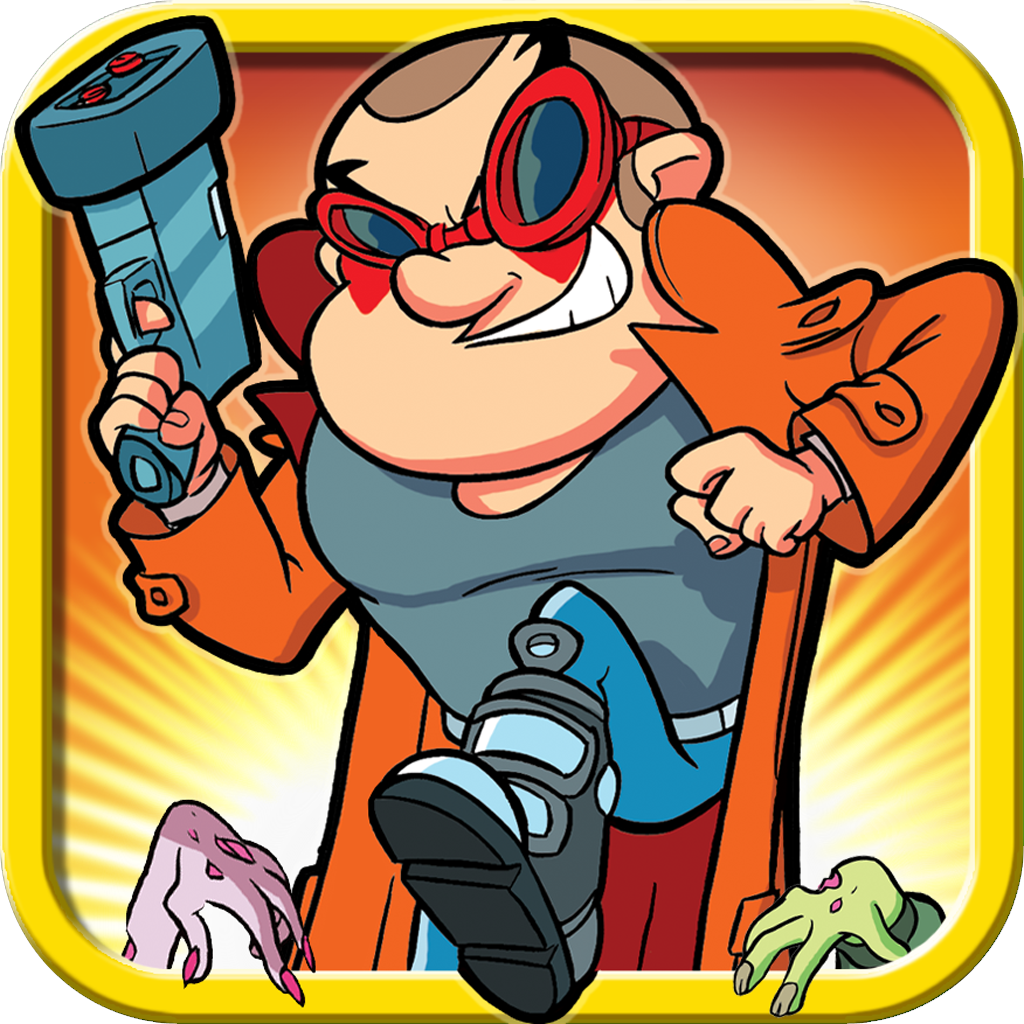 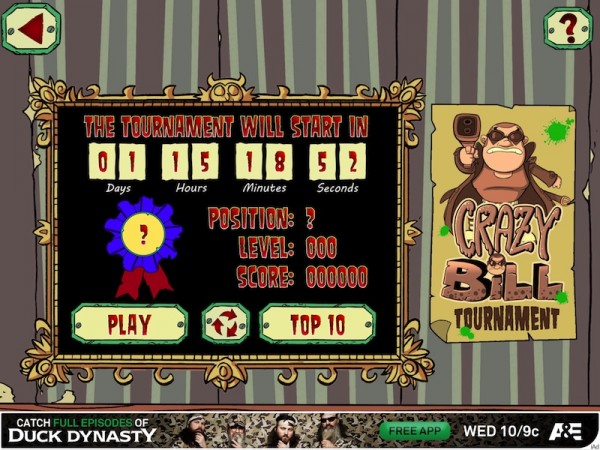 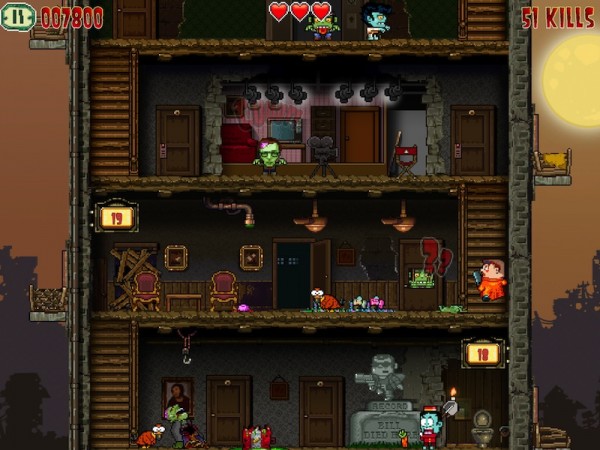 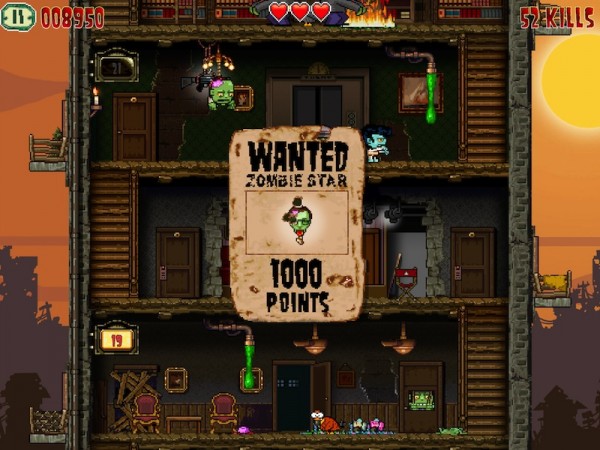 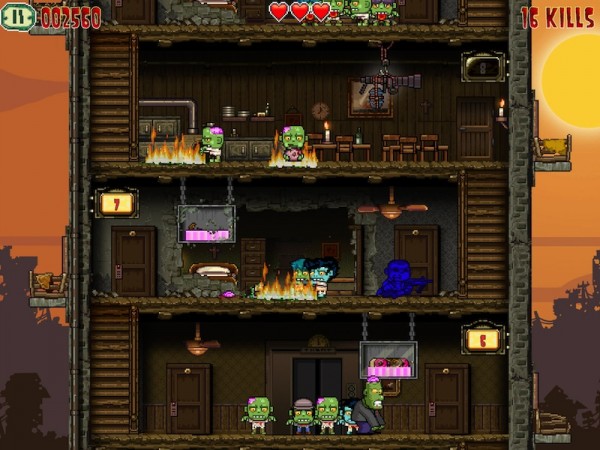 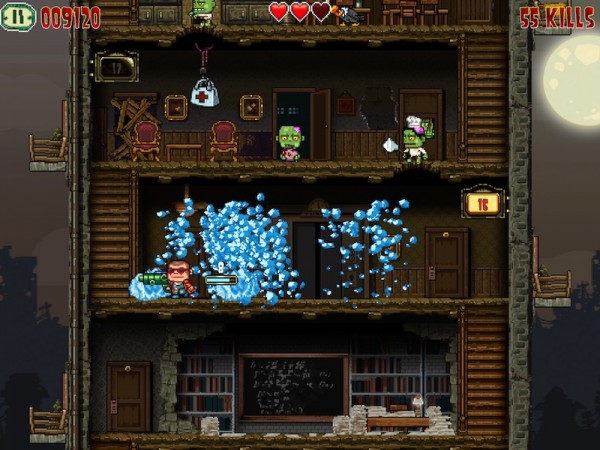 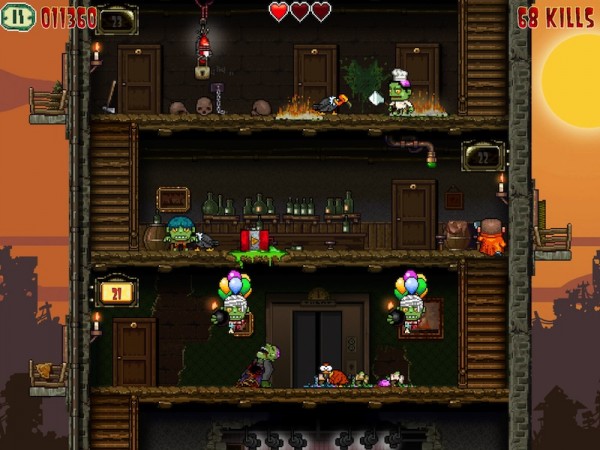 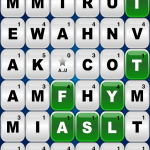 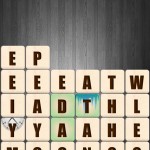 Letris Power Brings Fancy New Power-Ups To The Word-Tetris Hybrid Game
Nothing found :(
Try something else