You are using an outdated browser. Please upgrade your browser to improve your experience.
by Sean Capelle
January 2, 2013 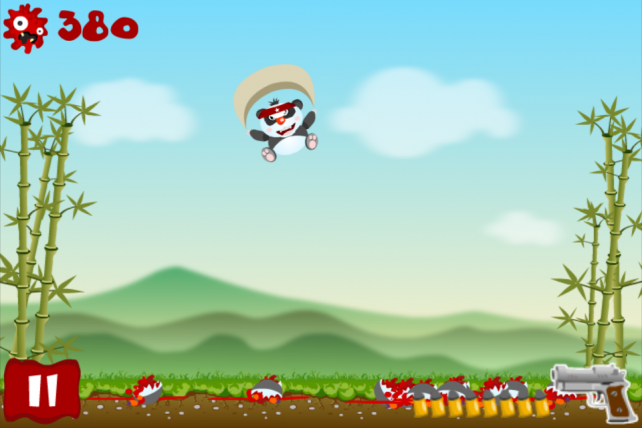 Crazy Pandas ($0.99) by BlackMoon Design puts pandas in parachutes and makes it your job to blow them out of the sky.
In a story that has the same feel as the movie Red Dawn, enemies that you wouldn’t expect invade by parachute.

Simply tap the screen to fire your gun and take down the pandas. 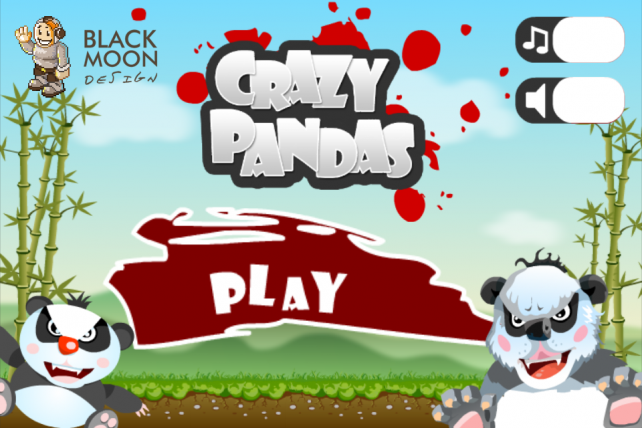 Destroying them can be done by either firing at their bodies or by taking out their parachutes. Hitting the pandas turns them into a bloody mess, with the panda’s heads looking like burst jelly donuts, so I definitely would not recommend this app for any little ones.

With each tap of the screen comes a round being fired from your hand gun. It will automatically reload once all eight rounds are spent. Reloading takes a second, which can be a hinderance if you’re in the middle of trying to stop a panda from landing.

However, more firepower is available when some of the pandas drop powerups. Shotguns, machine guns, sniper rifles, and RPGs are all part of your arsenal. A “Mortal-Kombat-esque” announcer will let you know when you received a new gun.

The app recommends hitting the pause button to switch guns, though I found tapping the gun icon in the bottom right corner to be a more effective way to cycle through the weapons. 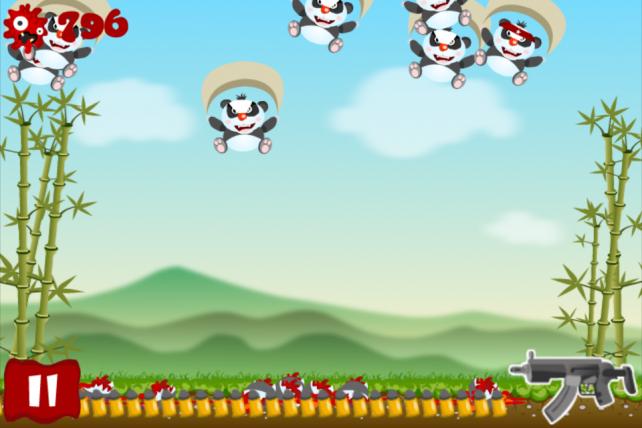 Each wave progressively becomes harder by adding more pandas at a time and giving armor to some of them. I really like the game’s addition of a save point. You have to hit the save marker with your gun, but once you do you can return to the wave that was saved.

As long as you don’t mind the carnage, this a fun and simple app if you’re looking to kill some time (or pandas). At $0.99 I think the price is right. Set your sights on the App Store to bag this shooter game. 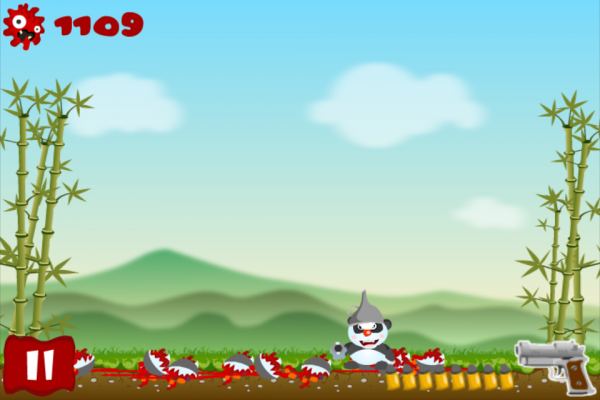 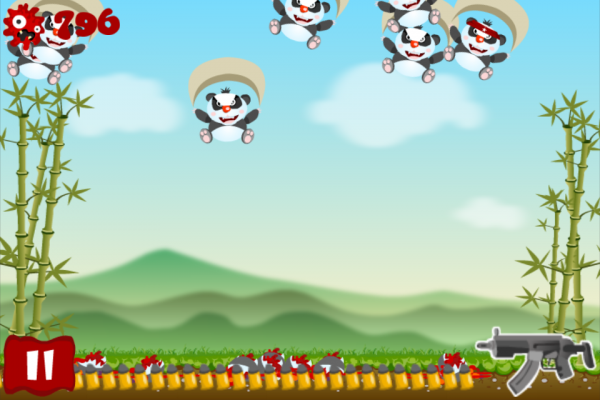 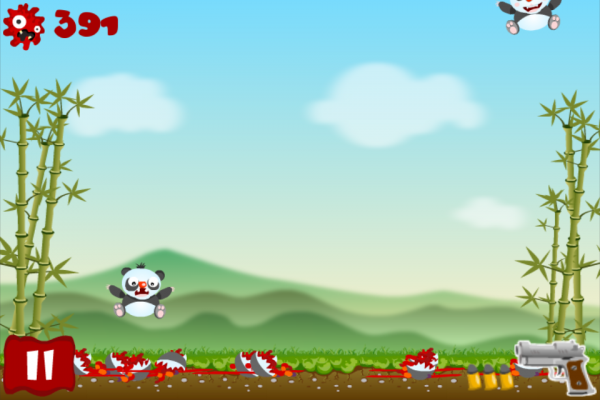 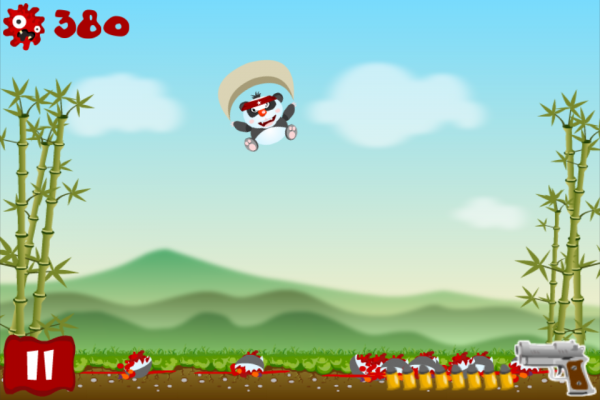 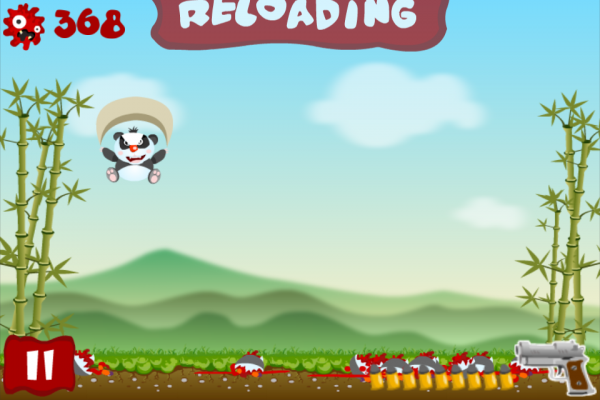 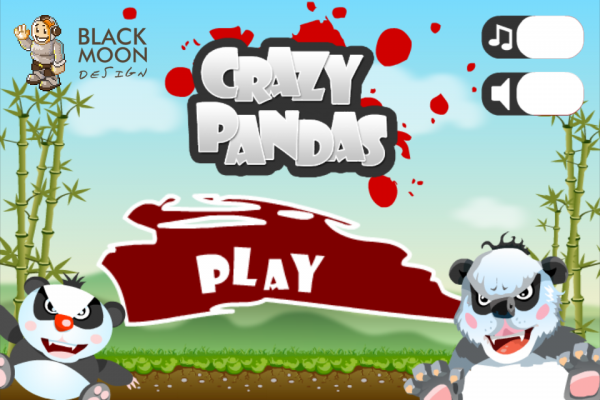