You are using an outdated browser. Please upgrade your browser to improve your experience.
by Christine Chan
May 4, 2013 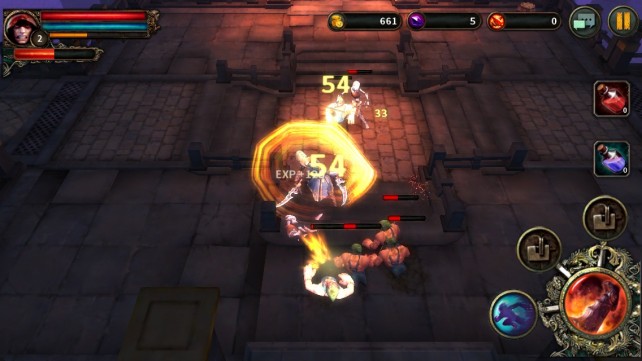 Dark Avenger (Free) by GAMEVIL Inc. is like the freemium dungeon crawler that Dungeon Hunter 4 should have been.

You may already know by now, but I love dungeon crawlers. Nothing passes time faster than hack-n-slashing your way through hordes of demons. That’s probably why I spent so many countless hours on my demon hunter in Diablo 3 — plus, the loot. I mean, how can you play a dungeon crawler (or an RPG) and not care about all of those shinies that you can end up getting through epic battles? I mean, come on! That’s the best part right there. So yeah, I have a thing for dungeon crawlers, clearly.

That’s why I was so disappointed with Dungeon Hunter 4. It is the fourth installment of what used to be a great franchise. But Gameloft ruined it with tons of timers and aggressive, in-your-face in-app purchase pushes. Fortunately, when I heard that there was another dungeon crawler coming this week, I was excited to give it a try, even though I worried a bit when I saw that it was freemium.

And you know what? I’m glad I gave this game a try. For a free dungeon crawler, it’s definitely not bad. And it’s way better than what Gameloft put out. 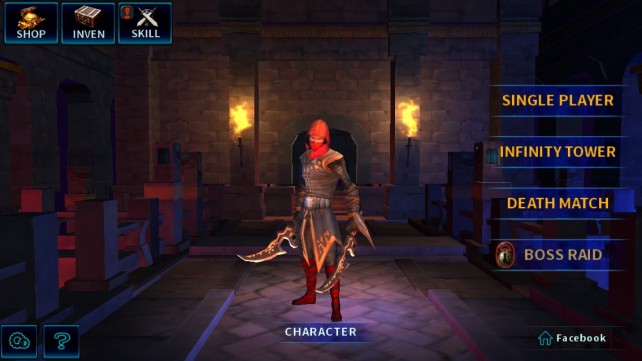 First off, the graphics in the game are definitely impressive. It features console-quality visuals, and everything is pretty detailed, even on the iPhone screen. The character model, along with the demons that approach you, all have smooth animations, and even slashing things up is fluid. The game’s music is pretty generic, and nothing spectacular, but hey, I don’t expect too much from freemium games when it comes to that department.

The most disappointing thing I found in the game, though, is the fact that there is only one character class, which is the Templar (a dual-wielding blademaster). There is a Ranger available, but it is currently locked and “coming soon.” I hope that’s sooner than later, because having no variety in character classes kind of blows when it comes to games of this genre. The app description also says there’s a mage available, but I didn’t see it. I just wish that the game opened up all of the classes from the get-go, but I guess we just have to wait and see when they add these additional classes in.

Unlike DH4, though, there’s not much of a story here. You basically go through stages, clearing out all of the enemies in the area to pass and move on to the next one. There are actually two game modes in single player: Normal and Time Attack. In Normal, you can clear out the enemies at your own pace, while Time Attack requires you to clear out the stage in a certain amount of time.

In addition to single player mode, there are also some multiplayer modes available through their own game servers. Infinity Tower is basically like a survival mode, and death match pits you against other players from around the globe. The last mode is “Boss Raid,” which appears to be coming in the future. I’m excited to see how that turns out, because those raid bosses in World of Warcraft were sure fun (hopefully it’s like that).

Now, the controls should be familiar to you, if you’ve played any games like this before. At the top left corner, you will have your health, rage, and mana bars, along with the current level of your character. To the right, you will see the amount of gold and gems (premium currency) that you have, along with the pause button. To move around the environment, a virtual joystick can be found in the bottom left area (and this can also be moved to anywhere on the screen where your thumb is). On the bottom right, you will have all of your action buttons: attack (the primary, large button), and up to three skills, which are unlocked as you level up. Above these action buttons are quick shortcuts for accessing health and mana potions. 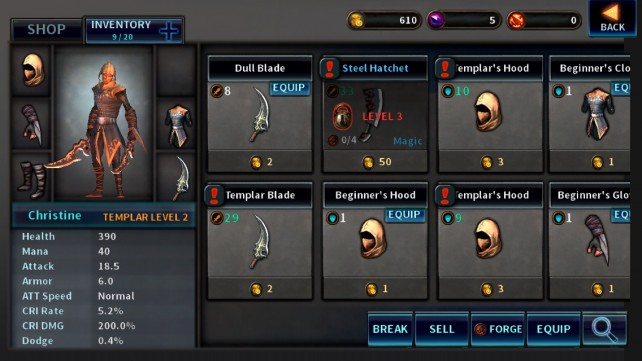 Health potions — you may be cringing at the fact that DH4 charged you real money to purchase these, and gave no option of purchasing them with in-game gold. I have good news for you — you can use your hard-earned gold from enemy defeats and breaking barrels to use on potions! That’s right, no real money nonsense here! And forget about timers, as none of that is found in Dark Avenger.

You can’t access your skills or inventory during a stage, but you can change them in between rounds. The inventory is limited in space, so you will end up selling a lot of junk, while equipping powerful gear. Skills can be unlocked, upgraded, and equipped in the action slots. Be aware that some skills can be purchased/upgraded with gold, while others do need gems to make stronger.

I’m just a bit confused as to why Game Center wasn’t integrated for this game for the multiplayer elements. It would have been easier for most people, I’d imagine, but it’s not a big deal.

If you’re in the mood for a hack-n-slash dungeon crawling adventure this weekend, then you will definitely want to check out Dark Avenger. For a freemium game, it’s not too bad, and worth spending a few minutes on to see if it’s for you. I am a bit confused as to how you can get more premium gems without spending cash, but I suppose that’s how they get you.

Get Dark Avenger in the App Store as a universal download for free. 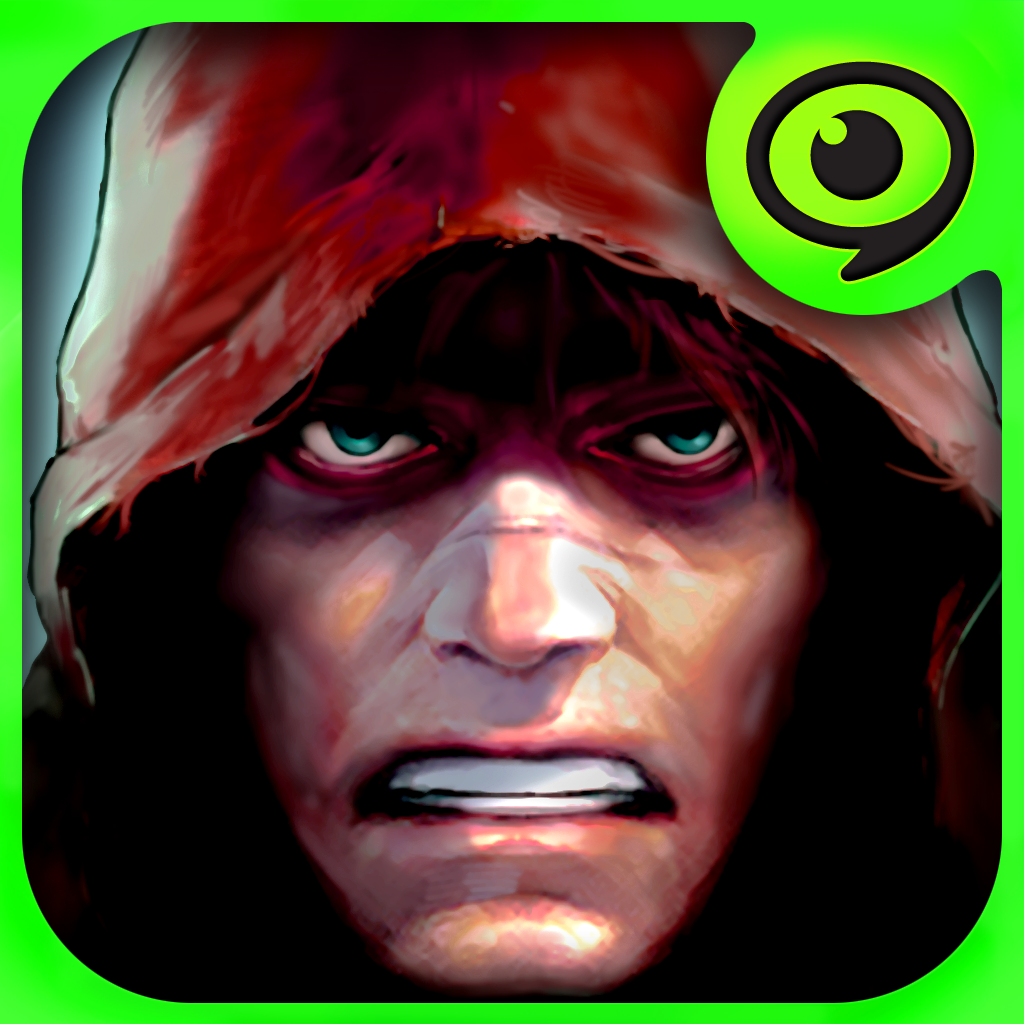 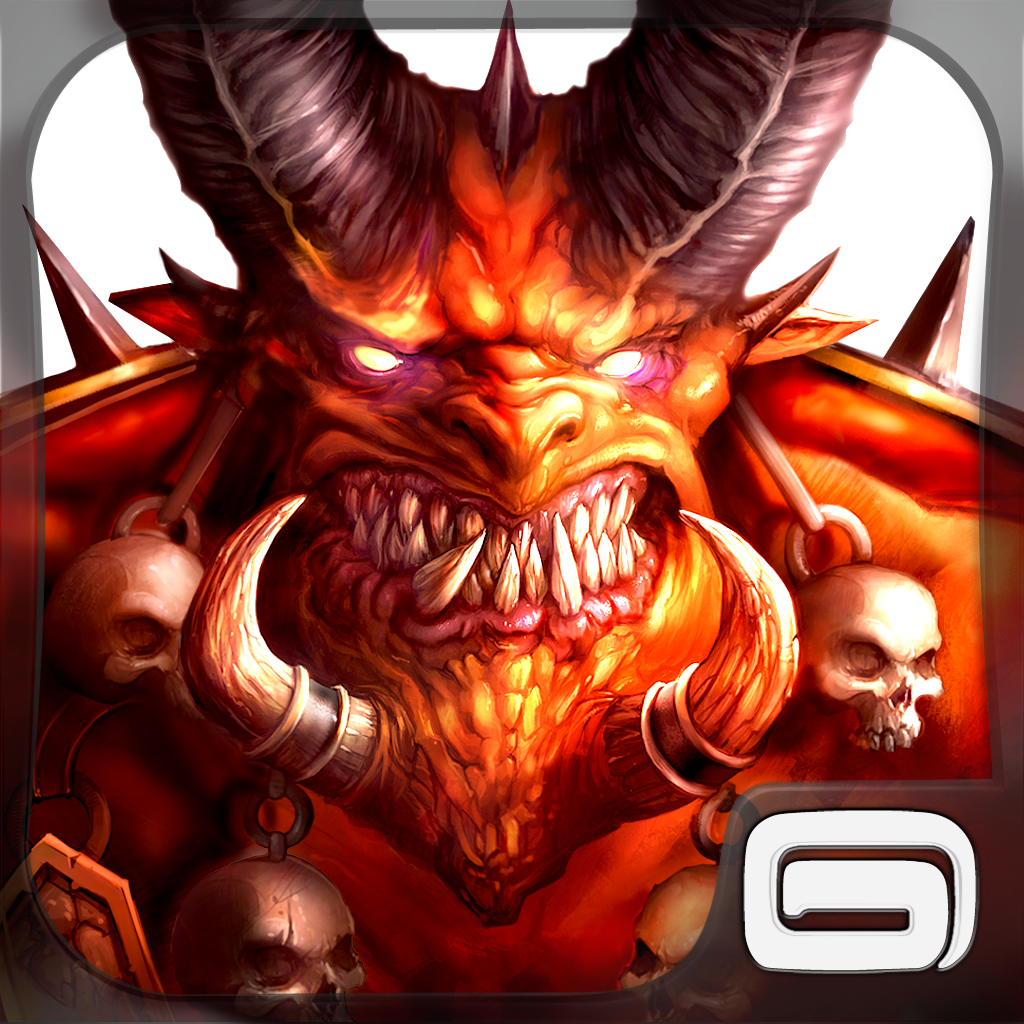 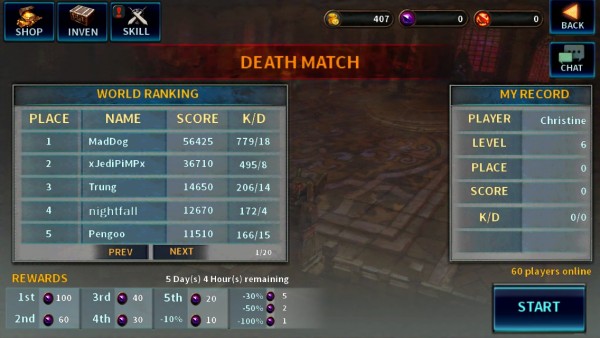 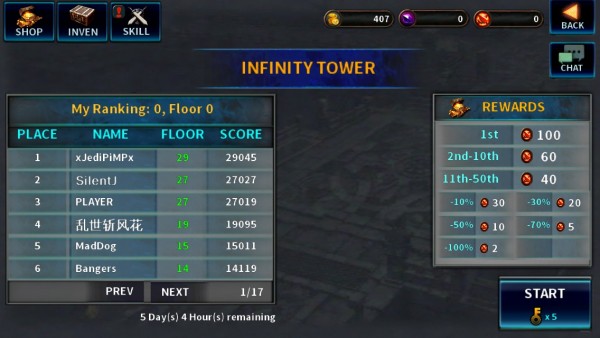 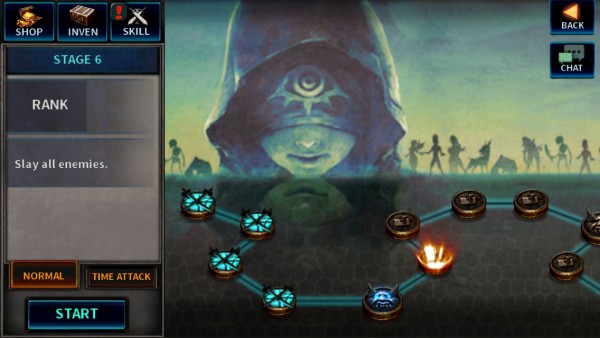 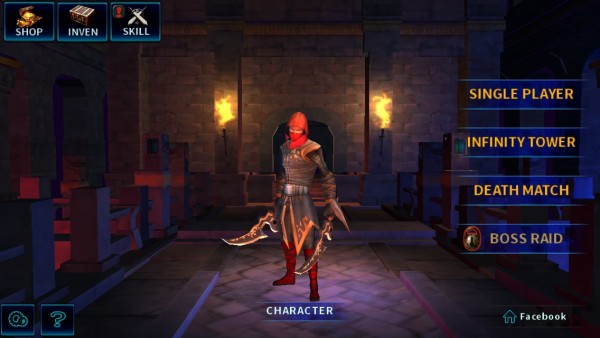 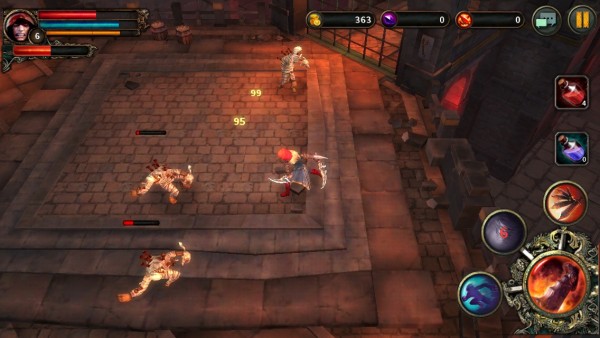 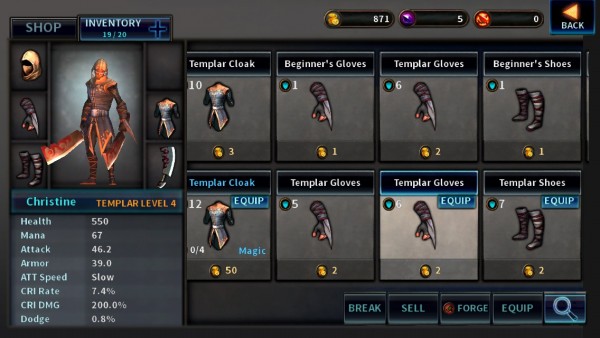 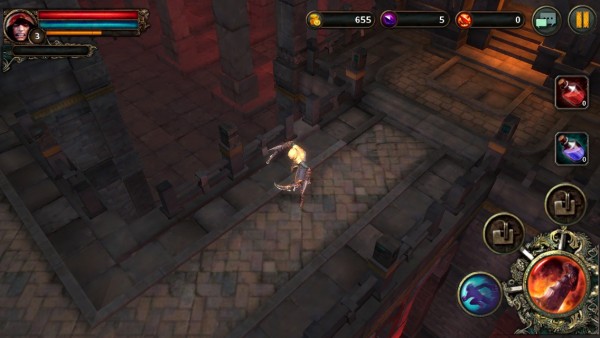 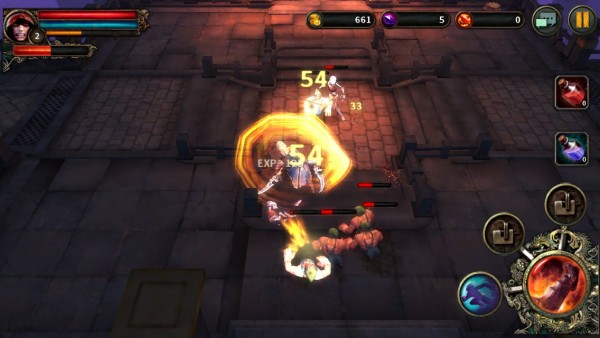 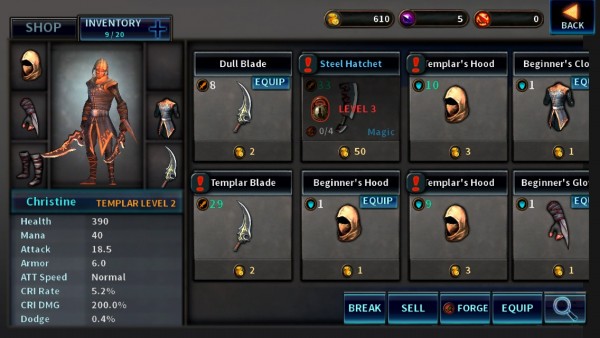