You are using an outdated browser. Please upgrade your browser to improve your experience.
by Daniel Celeste
November 16, 2013 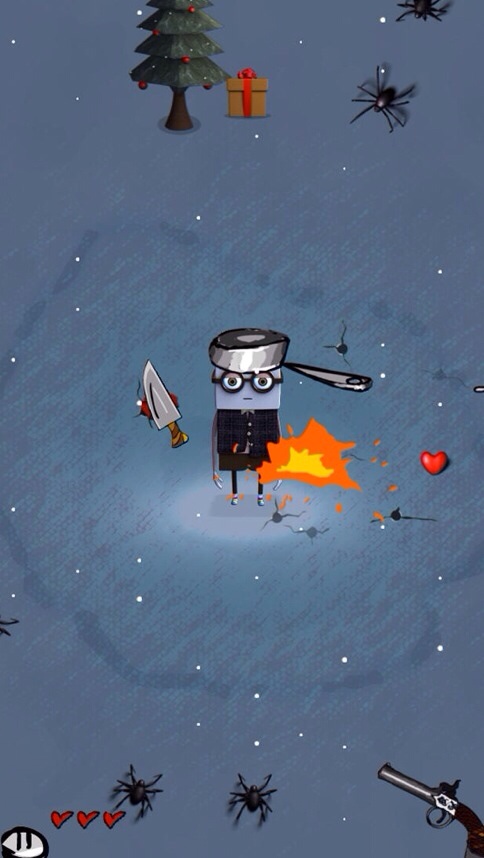 Don't Touch Ben! ($2.99) by Janne Andersen is a twitch-reflex game with all sorts of creepy crawlies. It is similar to those games that we all know for having to use our fingers to squish bugs, but there is more to it. 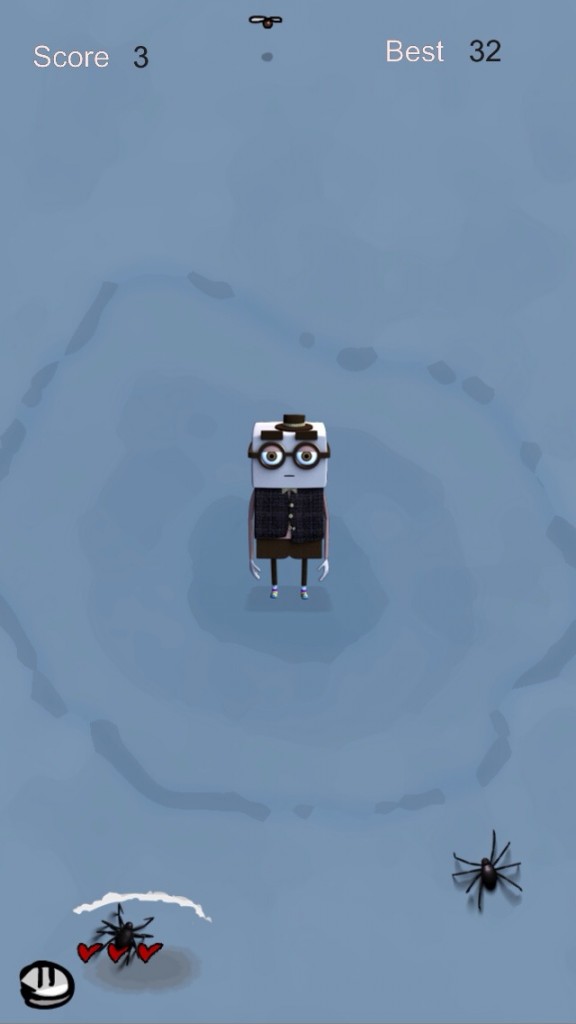 The object of the Don't Touch Ben! is to make sure that insects do not reach Ben. Some can be squished by tapping on them, like flies, while others such as spiders will have to be killed by other means. To kill them, you will have to tap on a flashing explosive fly, and then move the spider toward it so the explosion is within its proximity. Insects can also be dragged around and relocated on the screen, but their mutual goal is to attack Ben.

The idea here is to beat your high score of killing insects each time you play. If you like games with high scores, Don't Touch Ben! may please you.

While the game may seem boring at first, it quickly picks up as more insects swarm into view. Ben has three lives, and after losing them, he will die. That is, if you do not earn any more lives throughout the game. This will increase your death count on the main menu, which will mock you forever. 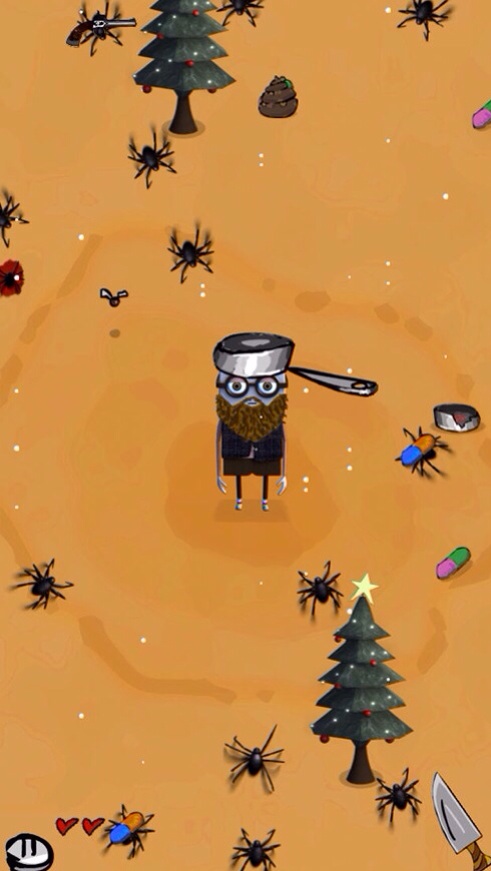 Although Don't Touch Ben! is a fun title, that's all there is to it. As a result, the game gets boring and repetitive quickly, which is a major downside. This opinion may vary from person to person, since there are new game elements such as survival pills, extra lives, gifts, and weapons to find. My issue was this is that it was nearly impossible to get far enough to come across these, and I only did on a few occasions. Maybe I'm just not fit for Don't Touch Ben. Also, the in-app ads are extremely annoying, with no way to remove them at all. This is not fair at all, since Don't Touch Ben is a $2.99 universal download in the App Store. 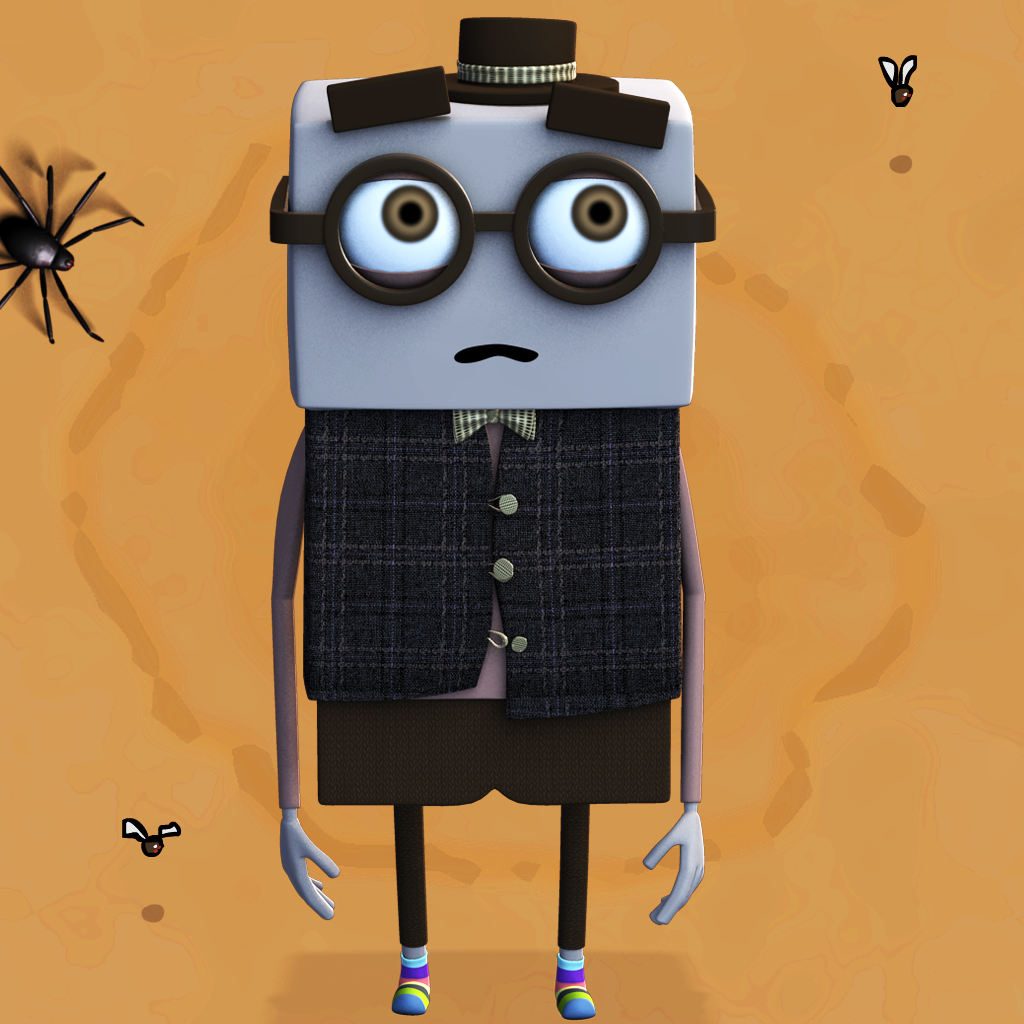 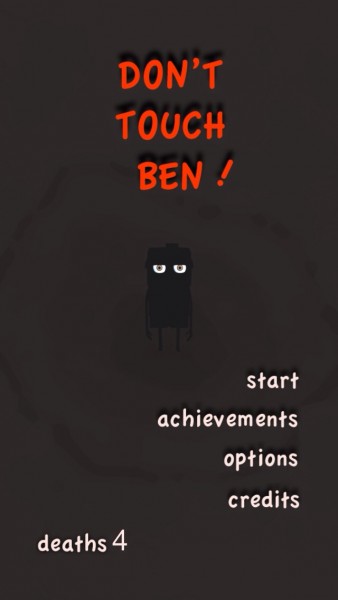 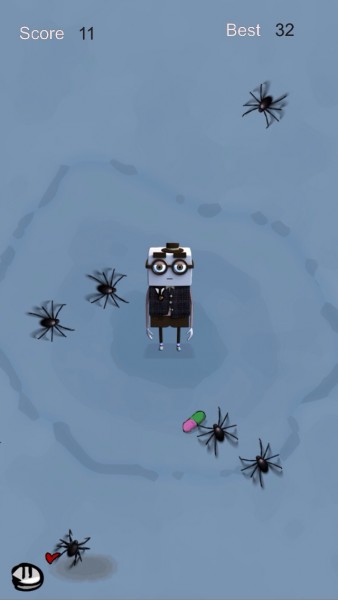 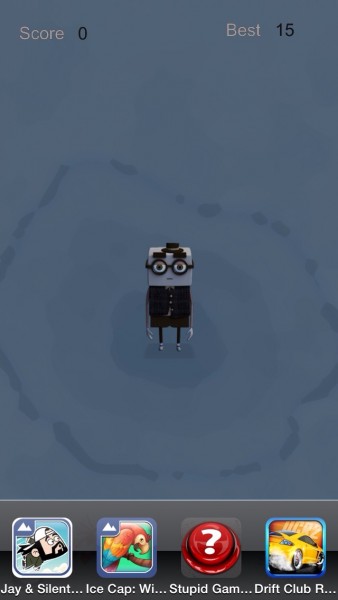 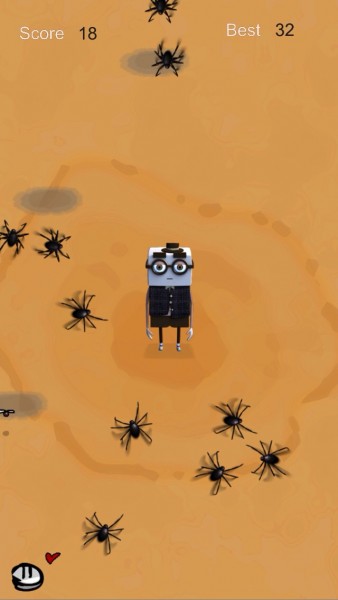 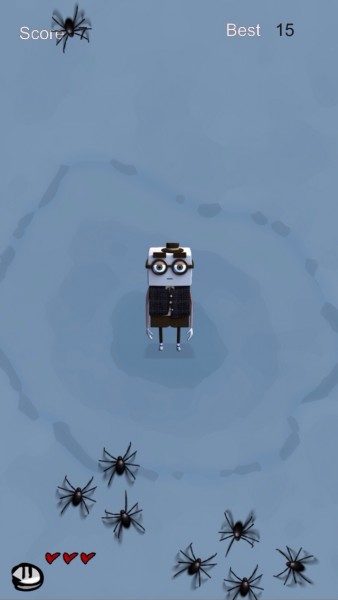 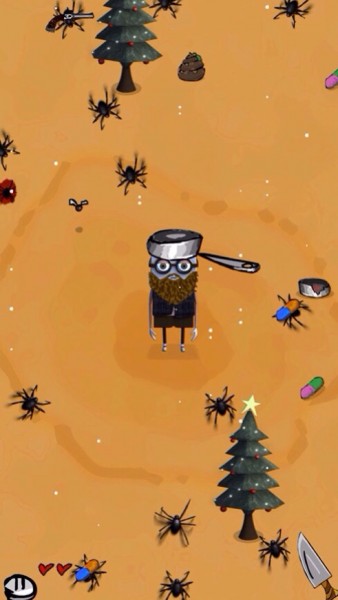 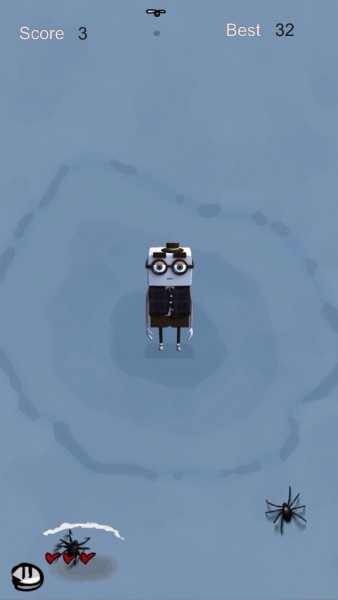 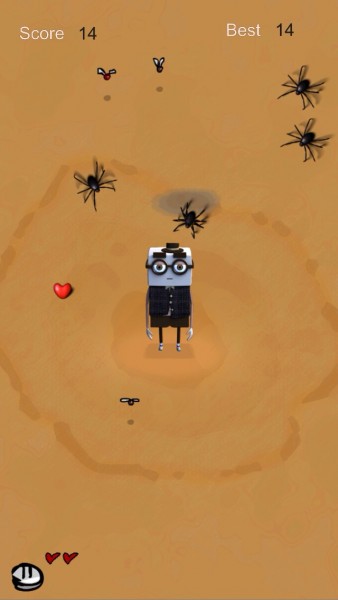 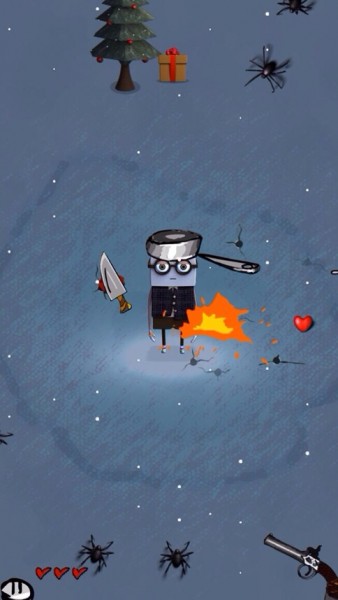